How a young woman’s irritating cough turned out to be BLOOD cancer. Here are the SIX key symptoms she almost missed which YOU need to look out for

A fit and healthy 32-year-old woman thought her chronic cough was just a cold, but was given the terrifying diagnosis she had blood cancer.

Anna Howard visited her doctor last December after battling the ongoing cough, which would wake her up at night, for about three months.

But as well as the cough, Ms Howard’s lymph nodes were also swollen, she had trouble swallowing, was experiencing night sweats, and was often dizzy.

On top of that she was struggling with chronic fatigue and unexplained weight loss.

Anna Howard, 32, was diagnosed with Hodgkin’s lymphoma – a form of blood cancer – after struggling with a chronic cough, dizziness, fatigue, swollen lymph nodes, and night sweats

After two failed rounds of antibiotics, Ms Howard’s doctor decided to get an X-ray of her chest which revealed a 14cm long tumour leaning on her oesophagus and trachea while touching her heart.

Ms Howard told Seven News cancer wasn’t something she’d even thought about while dealing with her cough.

‘The last thing you think it is going to be is cancer. I just thought I had a cold or it was allergies or something like that,’ she said.

Within three weeks Ms Howard was diagnosed with Hodgkin’s lymphoma – a form of blood cancer.

By that time the tumour had grown and was putting pressure on the arteries and veins to her head and a blood clot had formed on her neck.

She was almost immediately admitted to hospital and began her six-month-long chemotherapy treatment.

Fortunately Ms Howard is now four months in and her treatment is effectively shrinking the tumour.

‘It’s been really tough. At the start what helped me was to have gratitude for the situation. It’s an awful situation, but it could be so much worse,’ she said. 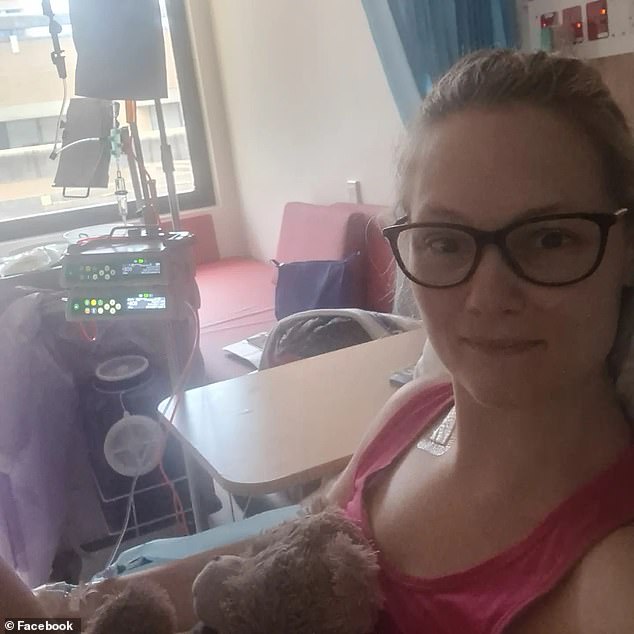 While Ms Howard said she’s been ‘lucky’ to have been diagnosed with a treatable cancer, she wishes she’d taken the time to see a doctor before her symptoms got out of hand.

Ms Howard had a simple message for World Blood Cancer Day this weekend: check your symptoms with your GP.

‘The earlier you can get on top of these things, most likely the less treatment you’re going to have. Do it for the people around you. It impacts them as much as it impacts you,’ she said.

Ms Howard suggests making a list of any worrying or new symptoms you develop to give doctors a clear picture of what you’re struggling with. 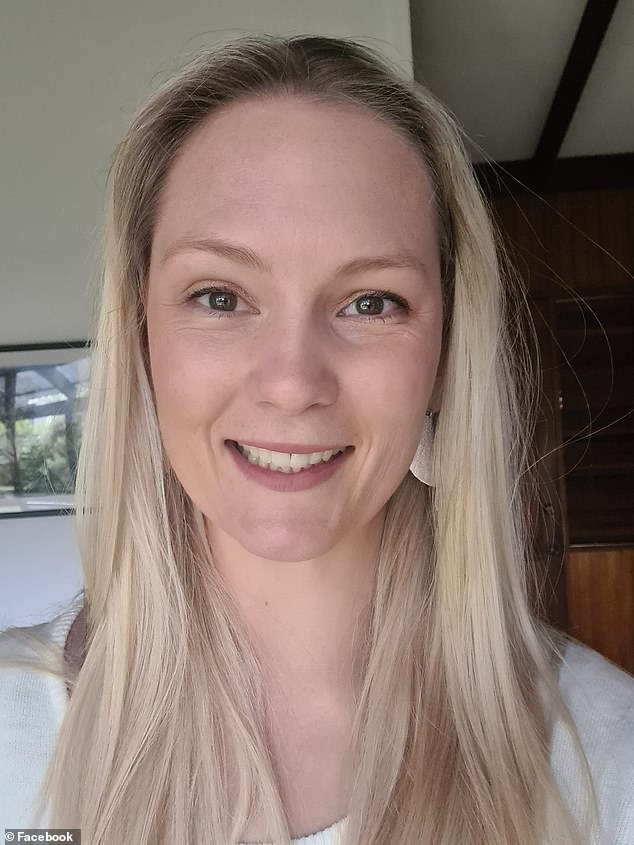 For World Blood Cancer Day Ms Howard has urged people experiencing odd symptoms to go get them checked because ‘the earlier you can get on top of these things, most likely the less treatment you’re going to have’

The Leukaemia Foundation found that roughly 78 per cent of Australians aren’t confident they know the symptoms of blood cancer despite about 50 people being diagnosed every day.

Leukaemia Foundation CEO Chris Tanti said the symptoms of blood cancer are often subtle and similar to that of an infection.