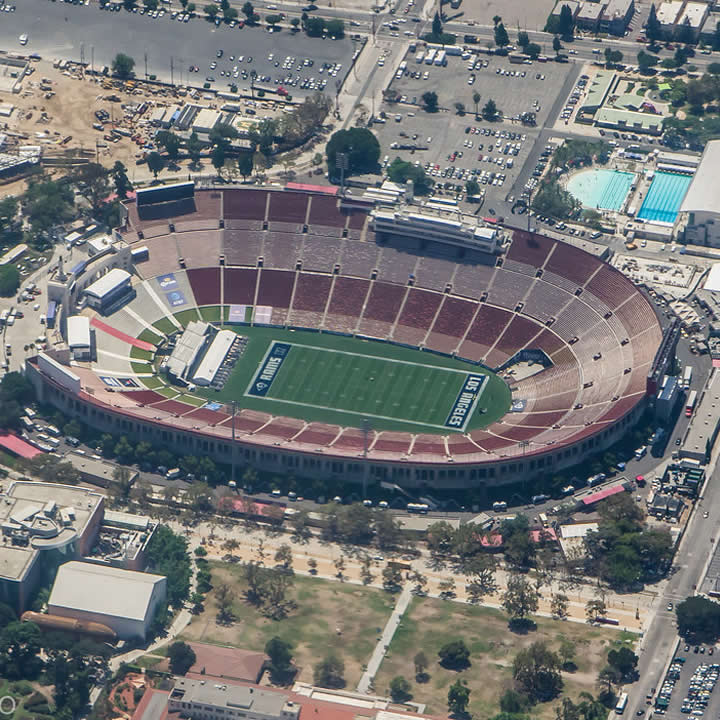 Commissioned in 1921, and completed two years later, the LA Memorial Coliseum was raised as a tribute to the world war (I) heroes of Los Angeles.

This famous Coliseum is situated at the Exposition park in Los Angeles, California, in the USA.

The LA coliseum was designed as an outdoor sports centre, with the first football match played in the stadium on the 6th of October, a match hosted by the University of Southern California team against that of Pomona College, same year the stadium was established.

It is however considered as the first stadium all over the world, to host the summer Olympic events up to 3 times (it has already hosted two of the events i.e that of 1932 and that of 1984, while the third one is set to be hosted by the year 2028).

Due to the history behind this gigantic stadium, it was labelled as a National Historical Landmark on the 7th of July 1984; just a day before the ceremonial opening of the second summer Olympic event hosted by the LA memorial coliseum.

The Guinness book of records had acknowledged a massive crowd of 115,300 people ever, in the history of the baseball game, as at the 29th of March, in the year 2008. This exhibition game took place in the historical coliseum of Los Angeles,  exhibited by the Los Angeles Dodgers team against the Boston Red Sox.

Another history-worthy event that took place in the stadium is that of 1963, in which Billy Graham showed up. This event acknowledged a crowd of 132,254 audiences. As at 2017, this was the largest gathering held so far, to be realized in the history of this great stadium.

Another gathering worth speaking of, came to being when the South African freedom fighter i.e Nelson Mandela got back to the USA. His welcoming jubilation was held at the spot, with enough audiences you can call, massive.

Pope John Paul the second’s (II) visit for the first time in 1987 and during the 200th anniversary was another historical breakthrough that garnered a massive amount of audiences in the historical arena of California.

Apart from hosting the occasional gathering with respect to important personalities, the LA oliseum tickets has been distributed over to thousands of entertainment fans, as a result of different concerts being performed within the stadium.

Some of the concerts worth remembering includes the show that featured Roger Waters from The Wall Show, as a whole.

A similar event that took place at the same location was the L.A rising, in June 2011 (about a year before the Wall show concert in the stadium)

It is with great pleasure that we also mention the Summer Sanitarium Tour which took place during the third quarter of the year 2003, in addition to the honored concert that was anchored by Bruce Springsteen by the year 1985, this is due to the high volume of audiences and publicity the two events have gained on their own.

However, the LA coliseum tickets were recorded to be sold at the highest rate during a Latin American music performance which took place on the 18th day of March, in the year 2006. During this event, 63,101 attendees have been counted.

These are just a few of the memorable events that were hosted by the historical coliseum of Los Angeles.

Seating Capacity of the Coliseum Theatre 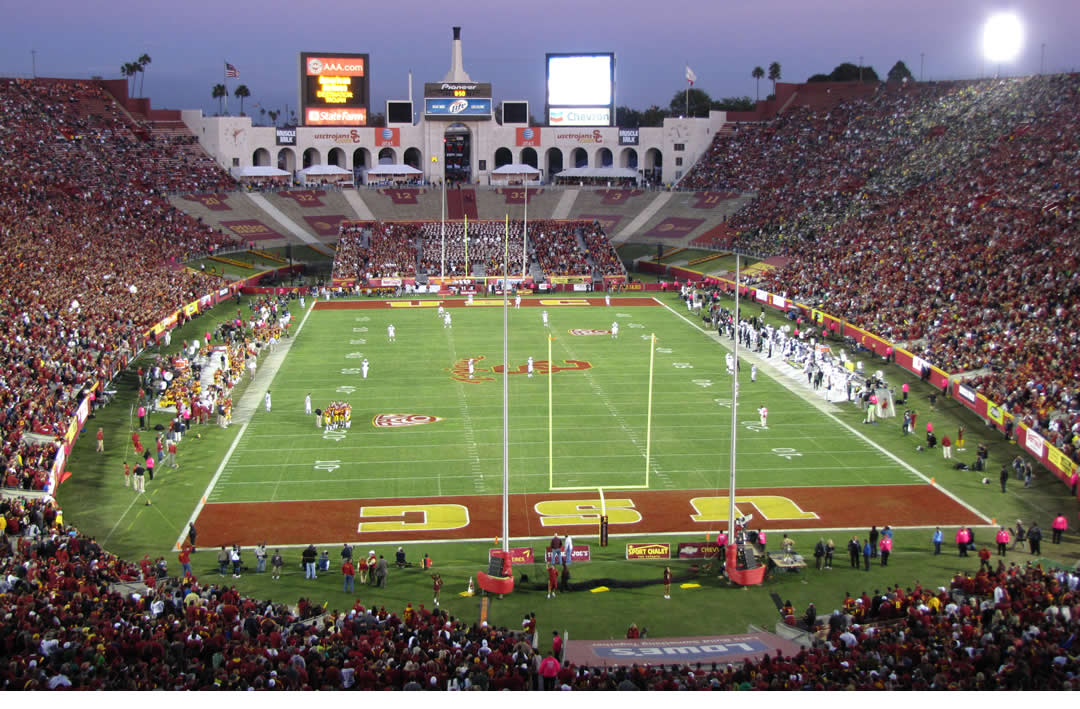 The LA Memorial Coliseum started its operational activities with a seating capacity of 75,000 as at the first day during the month of May in 1923.

Lately, the seating capacity has been downgraded to 93,607, although, the 2018 maintenance have also got the number of the seats a little bit more down to 77,500.

However, the number of available seats in the stadium keeps changing as the managing authority find another way to improve the standards of the stadium, for the benefit of its incredible audiences that’ll always love to have the best view and experience.

A New Name for a Historical Stadium

The L.A memorial coliseum was indeed the most versatile and historical stadium to check out, but what would you think of, if its name got tweaked a little bit?

This 10 year contract of renaming this historical stadium is set to be in action by August, 2019. This also mean that the LA coliseum tickets will bear the new name, should the date come-by.