The Four Seasons Resort Maldives at Landaa Giraavaru has recently launched a private submarine tour of the local reefs for its guests.

Those staying at the uber-luxury hideaway can climb aboard a Super Falcon 3S, built by DeepFlight, and descend to 120ft to gawp at the local sea life. 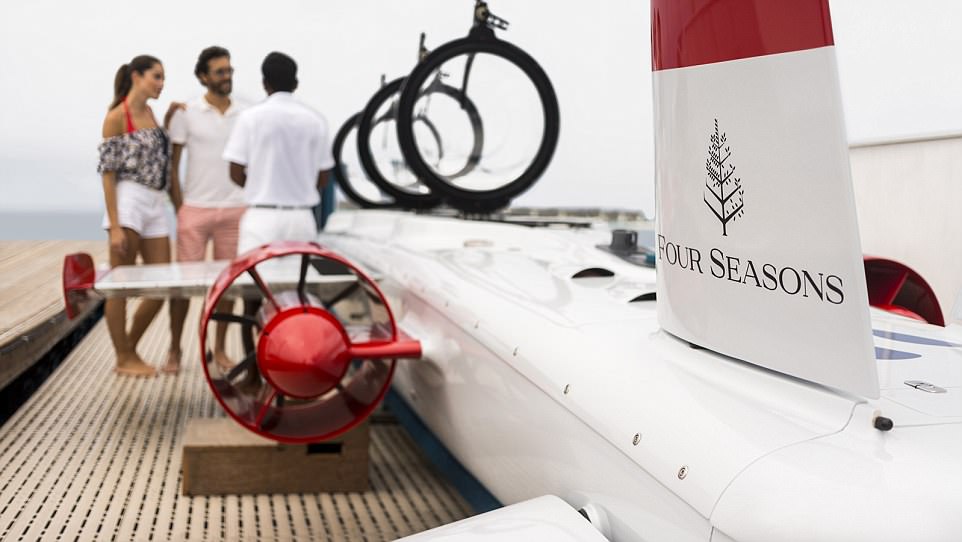 The submarine can take up to two guests at a time down into the waters around Landaa Giraavaru – for $1,500 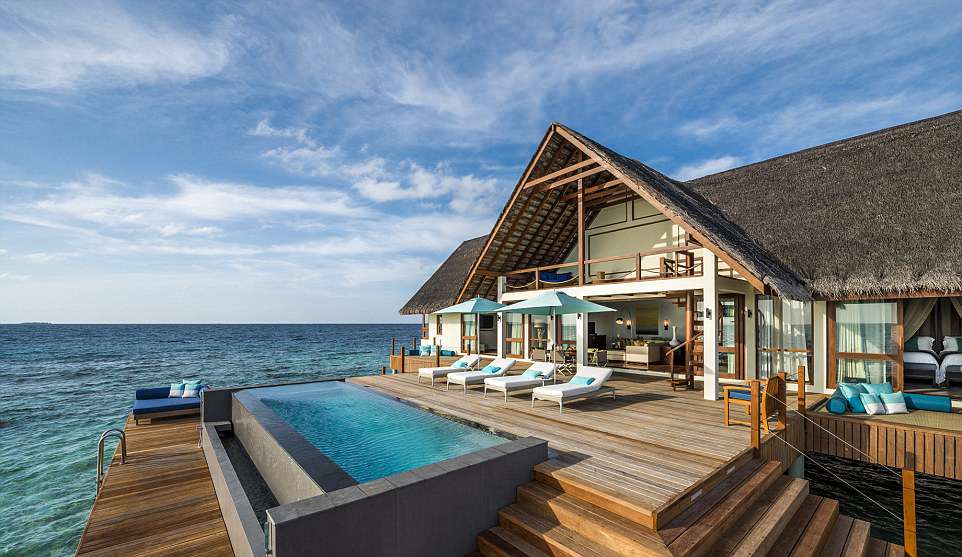 One of the villas at the Four Seasons Resort Maldives at Landaa Giraavaru, which look out on to the Indian Ocean

The submarine can take up to two guests at a time down into the waters around Landaa Giraavaru, which form part of a Unesco Biosphere Reserve.

It allows guests to skim over coral formations, fly through shoals of brightly coloured fish and encounter sharks, turtles and dolphins – all without getting wet.

The pilot narrates each dive with a real-time commentary, educating guests about the wonders of the underwater ecosystem.

But the excursions don’t come cheap, with a trip for two people costing $1,500.

The Super Falcon 3S sub is described as an environmentally friendly, battery-operated submersible that offers unparalleled underwater ‘flying’ from the safety, comfort and style of a personal pressurised and air-conditioned cockpit, with individual viewing domes.

Once submerged, the domes provide a 360-degree view of the underwater world. 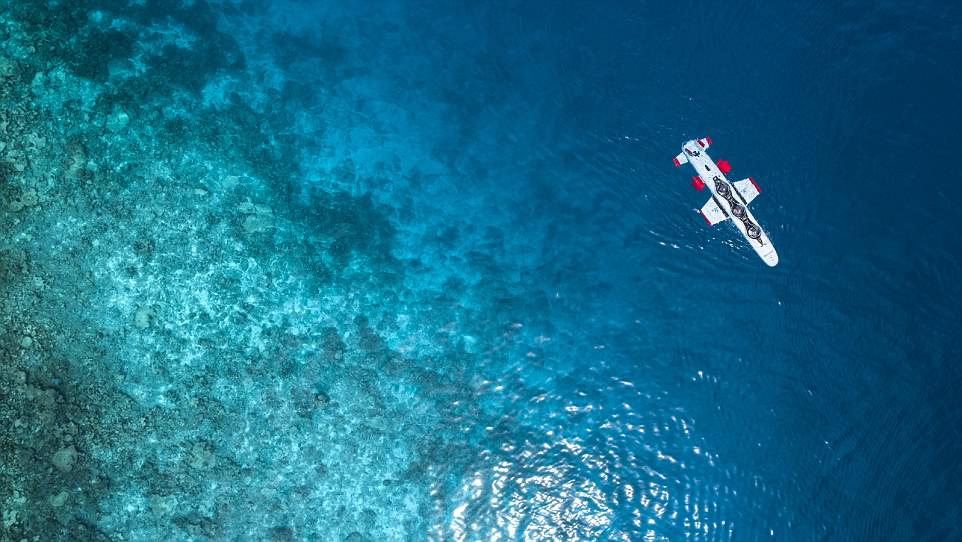 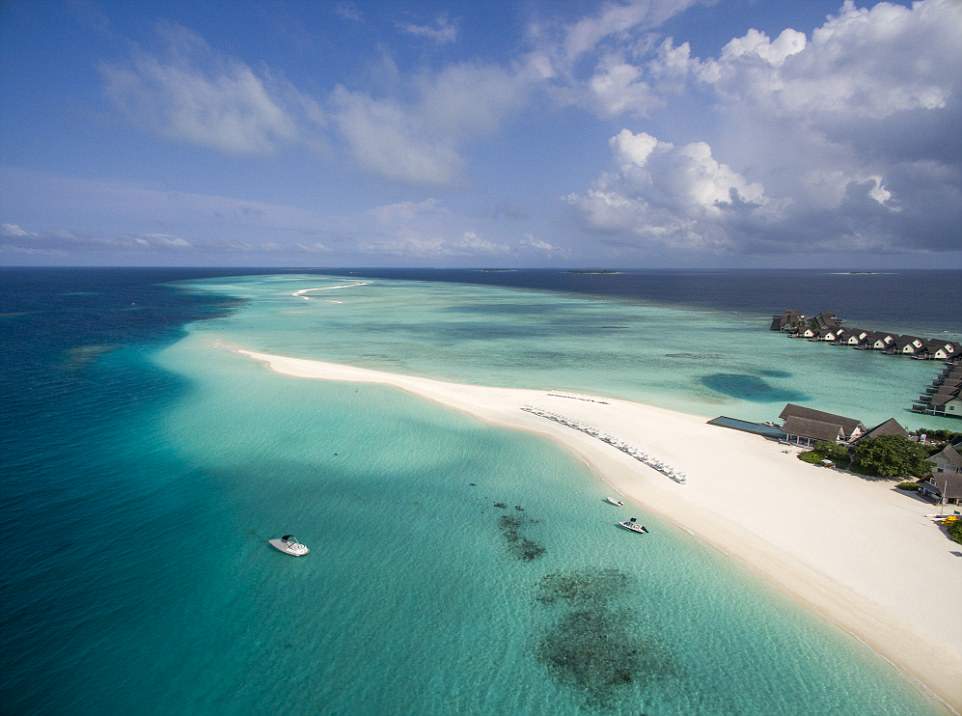 The waters around Landaa Giraavaru and the Four Seasons resort, which form part of a Unesco Biosphere Reserve

The Super Falcon 3S has also been designed with the environment in mind: its electric and acoustic emissions have been minimised so as not to disturb marine life, and it never lands on the seabed or reefs.

‘These submarine excursions redefine marine exploration and bridge the gap between the world we see above the waves and the one that exists below.

‘We couldn’t be prouder to be the first resort in the world to launch the DeepFlight Super Falcon 3S.’