Mark Lewisohn is gazing down the long and winding road, trying to remember where it all began. ‘When you see the careers officer at school, he doesn’t say, “I think you could be a Beatles historian!” I didn’t intend to be doing this as a job. There was no such job. It just happened.’

If there were such a thing as an Emeritus Professor of Beatles Studies, the Londoner would be a shoo-in for the post. Lewisohn, 61, has dedicated his adult life to the band he describes as ‘the Shakespeare of the 20th century; Britain’s greatest contribution to culture in living memory’. Since 1986 he has published several definitive reference works and penned copious record sleeve notes. He was instrumental in guiding the vast Anthology project in the mid-Nineties, acting as researcher and consulting expert on the book, TV series and albums that dug deep into the Beatles archives. In the process he has become the world’s pre-eminent Fab-ologist. He has also, it transpires, fallen out of favour with his subjects.

In 2003, Lewisohn embarked on his magnum opus, a three-volume history of the band. The first book, The Beatles: All These Years, Volume One – Tune In, was published in 2013. Though it covered only the period up to the release of Love Me Do in late 1962, it ran to 1,728 pages and became a bestseller. Since then he has been working on volume two, spanning 1962 to 1966. By the time the final instalment reaches us, the word count will be in the millions and Lewisohn will be in his mid-70s. ‘I’m neither obsessed nor mad,’ he promises. ‘I’m just dedicated to doing a good job.’

His aim is to tell the complete story with scrupulous accuracy. No myths, no maybes, no what-ifs. ‘There’s a need for someone to be authoritative on the subject,’ he says. ‘My mission is to set it all down so that the truth of it all is understood more clearly.’

In doing so, Lewisohn has fundamentally altered our knowledge of the world’s biggest band. He has revealed the existence of a lost Beatles opus, Carnival Of Light (see panel), discovered Japage 3, a previously unknown pre-Beatles trio formed by John Lennon, Paul McCartney and George Harrison in 1958, and truffled out an incendiary letter written in Hamburg in 1960 by original bassist Stuart Sutcliffe, which suggests there were personal tensions from the very start. ‘Paul has turned out the real black sheep of the trip,’ writes Sutcliffe. ‘Everyone hates him…’ 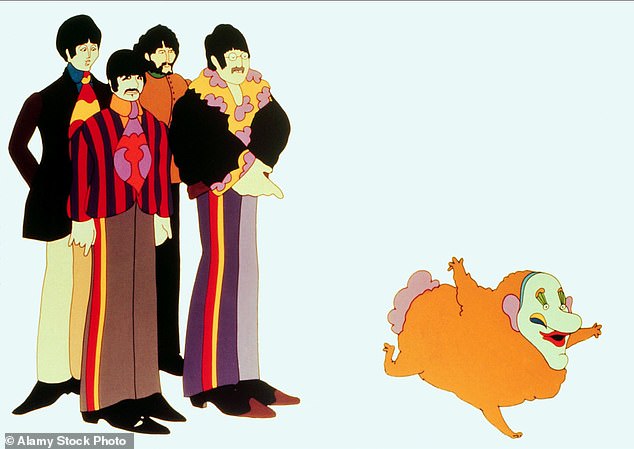 The cartoon Beatles in the film Yellow Submarine. Lennon once called The Beatles ‘the biggest bastards on Earth’

He’s equally good at dispelling fake news. Lewisohn recently confirmed that the famous quote – ‘Ringo wasn’t the best drummer in the world, he wasn’t even the best drummer in The Beatles’ – was not a caustic witticism coined by Lennon, as had previously been believed, but was in fact spoken by comedian Phil Pope on the Radio 4 comedy show, Radio Active. Digging through the paper trail, Lewisohn found that the gag had been written by former BBC head of comedy Geoffrey Perkins, and first aired on October 6, 1981.

It’s the kind of dogged dedication typical of his work, though he bristles at any attempt to portray him as a myth-buster. ‘I just set down what did happen as best as it can be researched and as accurately and even-handedly as it can be told,’ he says. ‘Myths just fall away at the side without my even realising it.’

We can expect plenty more of the same in volume two, though Lewisohn says it’s ‘too early’ to share any juicy revelations, or to say when it might appear. ‘It will be ready when it’s ready,’ he says.

Lewisohn has in the past been close to the epicentre of The Beatles, working for their company, Apple Corps, as well as for EMI and McCartney’s office. Tune In benefited from The Beatles’ tacit cooperation. Since then, however, he has been frozen out. ‘I suppose you could say my relations with them have gone hot and cold,’ he says. ‘Very few things stay the same over such a long period of time. I used to be close to Paul and now I’m not. I used to be close to Apple and now I’m not.’

He received no feedback on volume one. ‘Not a word,’ he says sadly, conceding that there has effectively been a severance of relations. ‘That is what happened, yes, but I didn’t do it. They severed it, post-publication of Tune In. I haven’t had the benefit of an explanation. They control the relationship, not me.’

I’m neither obsessed nor mad. My mission is to set it all down so the truth is clearly understood

Lennon once called The Beatles ‘the biggest bastards on Earth’. Times have changed, but they still run a tight ship, where ‘the minority rules’: McCartney, Starr, Yoko Ono and Olivia Harrison must all agree before any decision is sanctioned. ‘If someone doesn’t want to do something then it won’t happen,’ says Lewisohn. ‘It only takes one person and someone – I don’t know who – doesn’t want to get involved. I have to accept that. Paul recently asked me to do some work for him, so I imagine that he’s not against me, but I don’t know.’

It’s all the more surprising because Lewisohn is the most responsible of biographers, refusing to scandalise or over-amplify human foibles. He’s level-headed and scrupulously fair. Indeed, he won’t even admit to having a favourite Beatle, saying only, ‘I don’t find any one of them more dislikeable than the other.’ 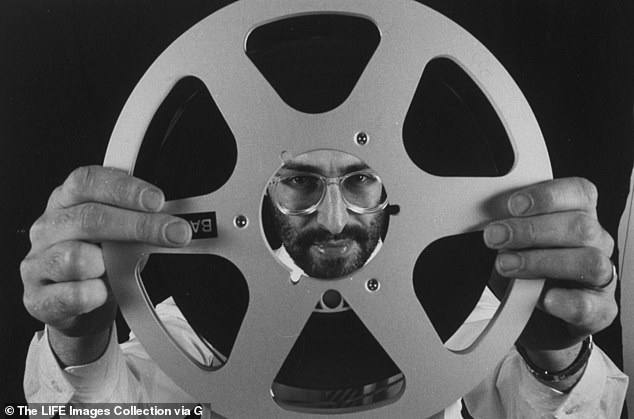 Mark Lewisohn with a master tape reel. Lewisohn has fundamentally altered our knowledge of the world’s biggest band

Despite still having access to material other writers can only dream about, he concedes that ‘there are some things I would welcome access to that would be no skin off their noses to let me see, but they won’t let me see it because… I don’t know – paranoia, I suppose.’ Later in the year he’s touring a new show, Hornsey Road, a ‘deep celebratory dive’ into Abbey Road, the last album The Beatles recorded, which is 50 years old in September. He promises more revelations, including the real story behind The Beatles break-up (see panel below), although the impetus for the tour is more prosaic. ‘The reality is that if I don’t do this tour I shall starve, and then there will be no book!’

The movie Yesterday contemplates a world where The Beatles didn’t exist. Lewisohn is certain it would be a much diminished one. ‘The Beatles didn’t invent rock ’n’ roll, but the whole rock scene that we know and have had for 50-odd years now owes it all to The Beatles. They changed everything.’

‘Hornsey Road’ with Mark Lewisohn is touring from September 18 to December 4. For tickets, visit hornseyroad.net

The Beatles holy grail and other secrets about the band

When it comes to Beatles rarities, the holiest of grails, according to Lewisohn, is a recording of John, Paul and George from 1960, in Germany, when Ringo, who wasn’t yet in The Beatles, was on drums. ‘It’s the four of them in a little studio opposite the railway station in Hamburg… There were a handful of copies, all presumed lost. That would be a lovely thing to find.’ However, he says there is ‘no single track that is going to blow people away that they haven’t heard.’ Not even Carnival Of Light, a legendary 14-minute experimental piece recorded in January 1967 and never released, previously described by Lewisohn as ‘distorted, hypnotic’ and topped off with Lennon and McCartney screaming ‘Barcelona!’ dementedly. ‘It’s not a big deal in my world because I’ve heard it,’ he says. ‘And it won’t be a big deal in anyone else’s world once they’ve heard it! It isn’t that amazing, but it’s important in its own way.’ 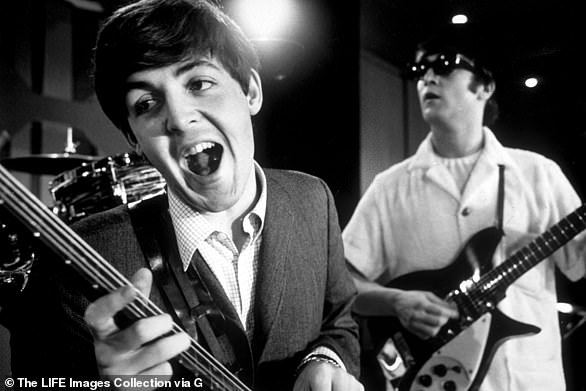 John and Paul rehearsing. Lewisohn describes The Beatles as ‘the Shakespeare of the 20th century; Britain’s greatest contribution to culture in living memory’

Lewisohn recently discovered The Beatles intended to continue after Abbey Road – until a fateful band meeting changed everything. ‘When they finished recording Abbey Road they were still planning to stay together. There was a meeting, attended by three of them: Ringo was missing because he wasn’t well. They recorded this meeting on cassette, so he could hear what was being discussed, and they set down the road map of how it would have to be if they were to continue. ‘They were talking about the next album. It was going to be a much more equal operation: four songs for Paul, four for George, four for John and two for Ringo if he wanted them. But that wasn’t agreed. Then they were going to do a new single. ‘John suggested his latest track, Cold Turkey, and up to three of the others didn’t want to do that. So he recorded it with the Plastic Ono Band and thought, You know what? I don’t need The Beatles now. He left then. Next April there’s going to be a ton of stuff about the 50th anniversary of the breakup, but that’s the 50th anniversary of a press release from April 10, 1970. The break-up was September 1969, when John left.’