Dating isn’t easy at the best of times but relationships become significantly more difficult when a narcissist is involved.

Unfortunately these people tend to ‘hate people’ but ‘love attention’, which is why they will do anything to be the centre of anyone’s world.

In the 1960s, psychologist Stephen Karpman discovered that narcissists take part in what he called a ‘drama triangle’ to facilitate this – something that all men and women need to be aware of.

‘The drama triangle is a model of social interaction and conflict. It describes the key roles of victim, rescuer and persecutor in unhelpful social interactions,’ Australian psychologist Dr Marny Lishman told FEMAIL.

‘Many narcissists play all of these roles in different interactions, and all of them are rather toxic and unhelpful,’ she added.

Those who fit into the category of a narcissist will switch between these personalities very quickly.

What are the signs of a narcissist?

This means that the victim will be left being unsure as to which version they will encounter and never feeling truly comfortable in their presence.

‘None of them help facilitate healthy social interactions, and participating in any of the roles can become quite cyclical if no one realises consciously they are part of it,’ Dr Lishman said.

Although narcissists may seem charming, intelligent and powerful to the general public they are often driven by guilt and shame without realising.

‘Narcissists are usually the perpetrators of toxic behaviour in Karpman’s drama triangle, because they like to feel powerful, even though deep down they feel weak, or anxious or even shameful at times,’ she said.

‘Having power of over others subconsciously inflates their fragile ego.’

If people are worried about the possibility of dating a narcissist Dr Lishman said the qualities are really difficult to pick up on early on.

This is because at the beginning of new relationships people tend to be on their ‘best behaviour’.

The psychologist explained that even subtle red flags are difficult to spot because they’re qualities everyone has shown at some point in time. 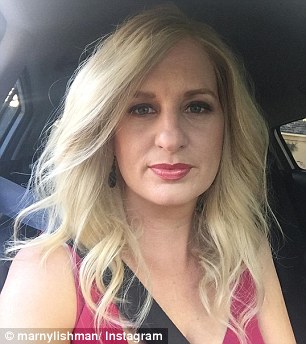 Dr Marny Lishman explained that narcissists will often play the role of victim, rescuer and persecutor in any conflict-based situations

‘Some little hints or signs you might notice though is that they talk about themselves a lot,’ she said.

‘Everything often revolves around them, even when they are talking about you. They are overly charming, they feel superior to other people and if there is conflict, it is everybody else’s fault, or everyone is an idiot.’

Dr Lishman also said narcissists have unusual ideas about boundaries with people which can make others feel uncomfortable.

This is because they often feel entitled and they blame others for their bad behaviour.

‘Another big manipulative thing that narcissists are known for is ‘gas lighting’. This means that they behave poorly or wrongly, then their partners might pull them up for it, and then a narcissist will turn it around to be their partners fault,’ she said.

‘This results in their partner feeling terrible and as though it was all their fault.’

What is the drama triangle?

The drama triangle is a dynamic model of social interaction and conflict.

Victims – They see themselves as victimised, oppressed, powerless and helpless. They can deny any responsibility for their negative circumstances.

Rescuers – They work hard to help other people and even need to help others feel good about themselves, while neglecting their own needs.

Persecutors – They criticise and blame the victim, set strict limits, can be controlling, rigid, authoritative, angry and unpleasant. They keep the victim feeling oppressed through threats and bullying.