The Masters betting favourites: Odds and form guide for Tiger Woods and Co

With just a week to go until the world’s best golfers battle it out again at the Masters, Sportsmail runs you through the leading contenders with the bookies for the coveted green jacket. This year there will be extra spice at Augusta due to the return of a fit-again Tiger Woods, and these are the players leading the betting market…

It’s been a typical rollercoaster year for the prodigiously talented but frustrating Northern Irishman. Has four majors to his name, plus a recent brilliant win at the Arnold Palmer Invitational to his name, but not the Masters, which he needs to complete the career Grand Slam. Still has scars from 2011 meltdown at Augusta.

No longer just Jordan Spieth’s best mate, Thomas is the game’s hottest player right now and it is seemingly only a matter of time before he becomes world No 1. Has six wins to his name since start of last year, including the most recent major played, the USPGA Championship, and the Honda Classic in February.

Looked nailed-on to win last year’s Masters before falling down the stairs at his rented home in Augusta and has never quite hit the heights that saw him dominate before. Still world No 1 but only win this year came at the limited-field Tournament of Champions. One major to his name, the 2016 US Open, is modest for his talent.

The Big Cat is back, with such promise that he has genuinely shocked the world of golf. Nobody expected anything following his years of back-injury horrors but three high finishes in strong events have got everyone talking and the bookies running scared. Four green jackets prove no-one knows how to master Augusta like Tiger. 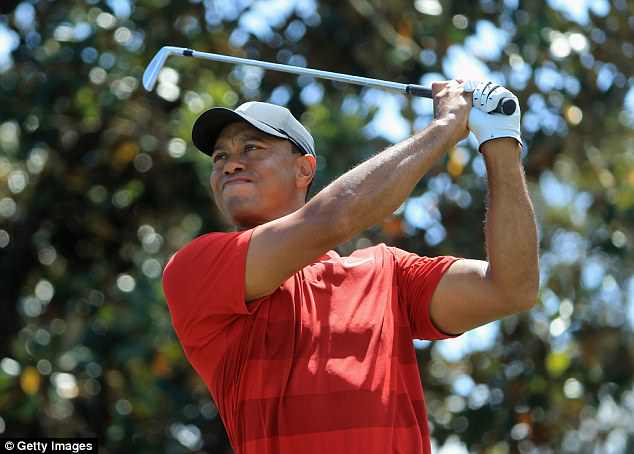 The Golden Child has lost his glow this year amid struggles with his putter – usually the strength of his game. Just two top-10s in eight events is a poor return and he is the only big gun without a recent win. Still, he is the Open champion and a serious competitor with an awesome Masters record – 2nd, 1st, 2nd, 11th in four starts.

Surely will win the green jacket one day, but that’s been said before about other seeming certainties. Lost in play-off last year after holding lead on 71st hole and has led at Augusta after 1st, 2nd and 3rd rounds here too. In good form on the PGA Tour and has three wins since October. Just one major so far – the 2013 US Open. 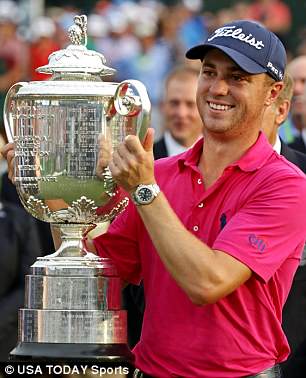 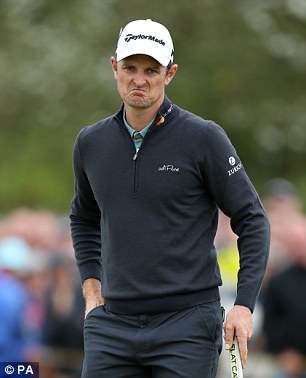 Justin Thomas (left) is the most recent major winner, while Justin Rose has hot Augusta form

After a torrid 2017 Bubba is back to his big-hitting best. Wins at Riviera and last week’s World Match Play make him the man in hottest recent form of all. Augusta suits big-hitters, especially left-handers, as testified by his two previous wins – and they both happened to come in even-numbered years this decade…

Aussie had a quiet year after losing his world No 1 ranking last February, in part due to his mother suffering serious illness. Showed early-season signs he was returning to top form with win at Torrey Pines but has slipped a little since. Three previous Augusta top-10s, plus 2015 USPGA win point to a future Masters winner.

Aged 47, Mickelson is chasing the win that would make him the oldest Masters champion in history. Despite his age, don’t rule him out. Ended his five-year win drought at the high-profile WGC Mexico Championship this month amid some fine form and has a cool five majors, including three green jackets. 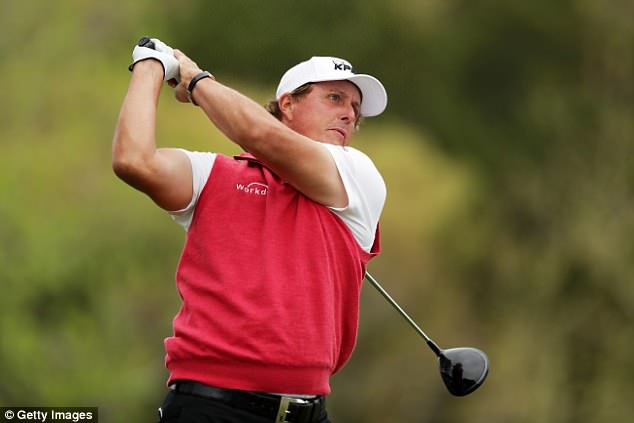 The best player never to have won a major? Sadly that is the tag now becoming associated with the talented Californian. Would appear to have all the tools needed to conquer Augusta but it’s never quite happened here, with just one top-10 in seven tries. Last win was courtesy of staggering final-round 61 in Bahamas last December.

So often near the top of the leaderboard but with comparatively few wins. Englishman did, however, beat Tiger and others to win the Valspar Championship this month and end a nine-year wait for second PGA Tour victory. No finish worse than 6th in last three Masters suggests he has course figured out.

Burst into the world’s elite like a force of nature in his debut year in 2017 and continued upward trajectory with early-season win at the CareerBuilder Challenge. Big-hitting game has few weaknesses and only hot-headed temperament has gotten in his way, particularly at majors where he has yet to crack a single top-20.

Reigning champion finally broke his major duck last year with play-off win over Rose. Four top-10s at Augusta in 19 attempts doesn’t tell the full story, with some horror shows there too. Busy family life has meant relatively little golf in recent months but he is still bang in form with three straight top-10s and a win in Singapore in January. 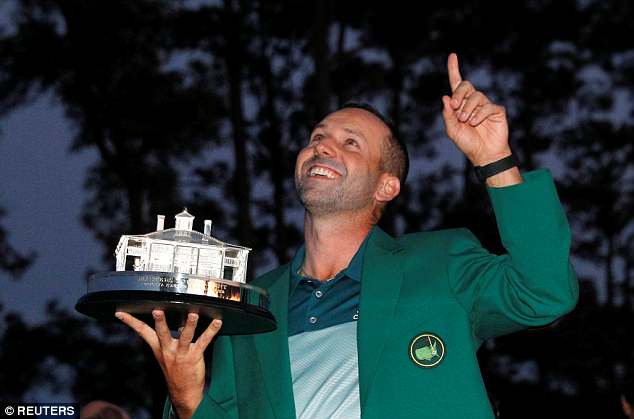 Japanese superstar-in-the-making has excellent recent Masters record – 5th, 7th, 11th in last three years – and is capable of obliterating the field, as he did in his most recent win at Firestone last August. But form this year has been patchy and he has barely played recently due to struggles with a wrist injury.

Roared back into form at Bay Hill but faded slightly amid McIlroy’s masterclass. Former Open champion, now 41, is another who has seen his golf limited recently due to fitness concerns and his last win came at the Wyndham Championship last summer. Lots of scar tissue from Augusta where he has never broken the top-10.

Feels like a big win could be coming after a series of near misses in strong PGA Tour events this year. The coming man in European golf after hitting his peak in his mid-30s and has enjoyed a steady rise up the rankings and a glut of wins in recent years. But the Swede only has one Masters show to his name, missing the cut last year.

Reigning European No 1 has the all-round game to challenge in any tournament, and his confidence among the elite is only growing. Last win came over a strong field in Abu Dhabi in January and has shown promise in America since. But still relatively inexperienced in majors, with just one Masters appearance – a missed cut last year.

Has forged a fearsome reputation with bolshie Ryder Cup performances but is yet to translate that into major success. Tied for second in his last major, the USPGA Championship – his best finish yet – and has three straight top-10s on PGA Tour. But no wins since August 2016 and has had two missed cuts in four trips round Augusta. 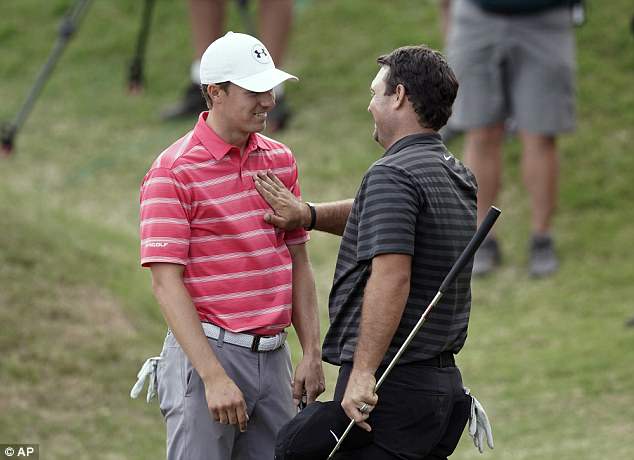 Aussie has crept into world’s top 20 on back of PGA Tour wins last year but will still go under most people’s radar here. Strange record at the Masters, with three missed cuts in five appearances but nearly sneaked a win in 2013. Three top-10s this year in America but current form does little to suggest he will contend.

Former Open champion has one of the most admired swings in the game but is another who struggles to turn colossal ability into wins. Last win was in February 2016 although came close again at the USPGA last summer. Memorably pipped in play-off by Bubba in 2012 after holing out for albatross on 2nd hole in final round.