An Australian ‘mega’ skyscraper is set to make history as the tallest building in the South Hemisphere.

Australia 108 in Melbourne’s South Bank precinct will stand at 321m once it has been completed.

The tower spans 110 storeys and contains 1100 apartments, with nearly 90 per cent already sold.

Construction company Multiplex began building the mega skyscraper, designed by Fender Katsalidis Architects, in 2015 and expect it to be complete in 2020.

‘Without doubt it is a truly a career changing event for anyone involved- for all of our people and anyone working on the site,’ Frank McMahon from Multiplex told Sunrise.

‘It’s such an incredible journey to create such an icon for Melbourne’s skyline.

‘We really are creating history here.

The residential hub sits adjacent to the former title owner, the Eureka Tower, which stands at 297 metres. 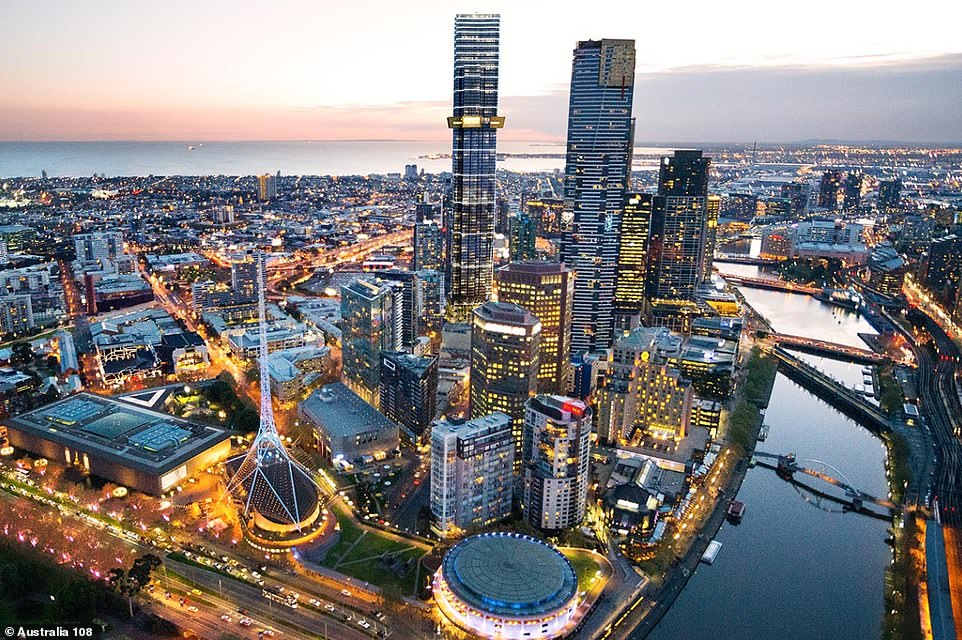 The building will also surpass Queensland Q1, which reaches 235 metres, excluding the spire, and was the world’s tallest residential until April 2011.

The central lift, which services 100 storeys, was completed this week with an estimated speed of nine metres per second.

Across the past four years, around 800 workers have toiled on the site.

The penthouse, worth 25 million, is 500 square metres with 360 degree views across Melbourne’s skyline. A golden level, called the Starburst, contains a gym, pool, and sun room for residents to socialise and relax

Buyers began moving into properties in mid 2018 even though the building was not yet complete.

The structure breaches the clouds around floors 90 to 91.

A golden level, called the Starburst, contains a gym, pool, and sun room for residents to socialise and relax. 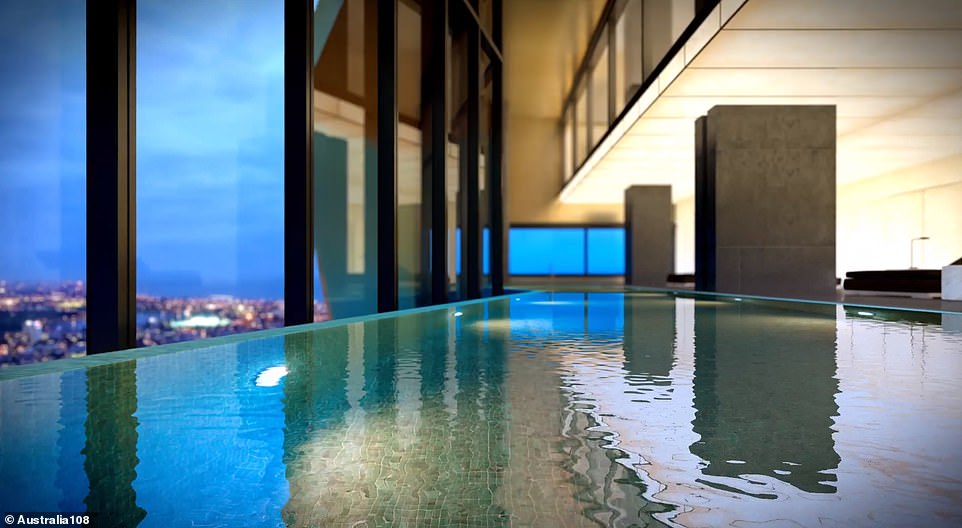