Police and CPS who prosecuted Caroline Flack were today accused of ‘taking a baseball bat to the problem’ by one of the UK’s leading barristers, who said they over-scrutinised the case because she was famous.

Chris Daw QC said the Love Island star was a ‘victim of her own celebrity’ because it made authorities focus harder on her case – which he said had no public interest.

The silk, who has himself defended high-profile clients, said there was no consideration of the mental health of Flack and the ‘significant emotional and psychological risk’ of her trial.

And he said he had ‘little doubt’ if she had not been famous she would have been offered and accepted a caution – preventing further publicity and the terrible consequences of her being charged.

Flack, 40, killed herself the day after she learned she would be put on trial accused of assaulting her boyfriend Lewis Burton.

Her inquest yesterday heard the Crown Prosecution Service had at first recommended a caution, but the decision was changed after the police asked them to reconsider.

The Met insisted today it had acted in accordance with government policy on cautions and domestic abuse.

Mr Daw told MailOnline: ‘She became a victim of her own celebrity. Were she not famous I have little doubt the CPS’s position on a caution would have been accepted by the police.

‘I have little doubt that her celebrity was a factor in the eventual changing of the decision by the CPS which ultimately of course led to all of the publicity and led to the consequences that we know about.

‘High profile suspects and defendants are dealt with in a different way than anyone else in the system, it’s completely wrong and I find it absolutely disgraceful when it happens in cases of mine.

‘Unfortunately for Caroline Flack, she was part and parcel of that process, which is if someone is in the public eye and is well known and there is therefore inevitably publicity attached, there is over-scrutiny of the case and over activity on the part of law enforcement and the prosecution.

‘This is a case where almost everything that could have gone wrong went wrong.

‘Most importantly of all what this case raises above all is where is the consideration of vulnerable suspects with mental health conditions, who are at significant emotional and psychological risk?

‘We just ignore that factor in our system, we ignore vulnerability and mental health vulnerability in favour of just using prosecutions. It’s almost like you’re taking a baseball bat to a problem, rather than sitting down and thinking about it properly.’

Flack was arrested in December after striking her boyfriend while he slept because she suspected she had cheated on her.

Burton did not support the assault charge and did not co-operate with the prosecution. 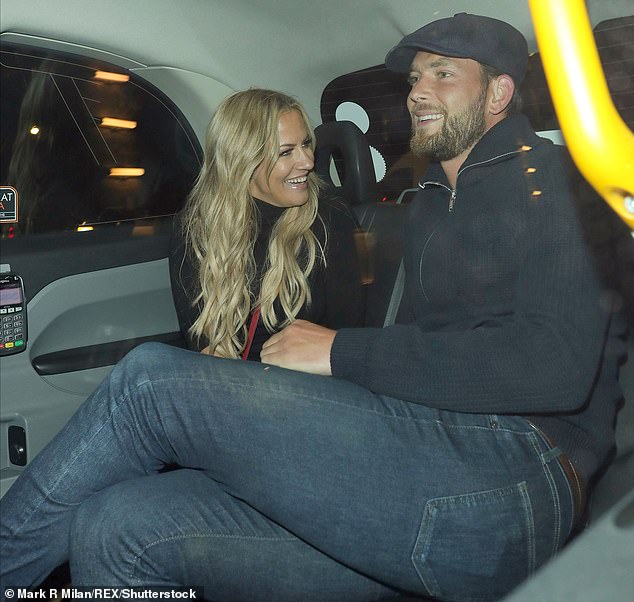 The CPS had originally decided to issue her with a caution, but the police officer in charge of the case Detective Inspector Lauren Bateman applied for a formal charge, which was then approved.

Flack killed herself on February 15 in her home in Stoke Newington after learning the case would still be going ahead.

She pointed out officers found her at the crime scene with an injury caused by self-harm.

Accusing DI Bateman of treating her more harshly due to her celebrity status, Mrs Flack told the inquest: ‘She cut her arm. You were putting an appeal in to get her prosecuted, you never bothered to see her.

‘If it had been… an ordinary person, you wouldn’t have prosecuted. 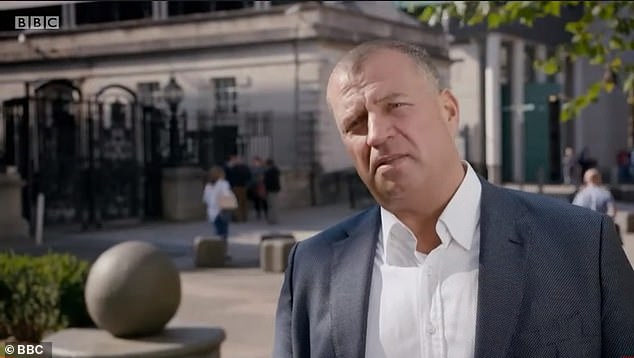 ‘I see domestic abuse and I just think you should be disgusted with yourself so there is nothing we can do to bring Caroline back. I hope in hindsight you do regret this. This girl killed herself because you put an appeal through.’

Earlier in the hearing DI Batemen had insisted she had not treated the presenter any differently because she was famous and would not change her decisions.

She said a caution was not appropriate because Flack did not admit her guilt in a police interview, although she had said ‘I hit him, he was cheating on me’ at the scene.

Mr Daw, the author of Justice on Trial, said she should have been given the chance to agree to the lesser police action.

‘The CPS came to the view that a caution was appropriate, yet the police were adamant for reasons I don’t understand that there had to be a criminal prosecution.

“It seems to me that the system failed on a number of levels. It failed because there appears to have been undue influence by two factors, her high profile and therefore there’s a desire not be seen to be going soft on someone who is in the public eye and risking adverse public comment – that was a factor undoubtedly in this case.

‘We have had victims of domestic violence committing suicide because they are forced into the court system.

‘My major concern here is that the CPS’s decision, which is so fundamental in the system about public interest, was overridden by the police – that shouldn’t happen. I don’t accept that is a legitimate exchange of views between the CPS and the police.’

A spokesperson said: ‘Given the nature of the alleged offence, a domestic abuse case, the police were required to send it to the CPS for a charging decision.

‘The CPS originally decided that the case was suitable for a caution rather than a charge for assault. The MPS appealed the CPS decision following the established procedure for escalating cases where the police do not concur with the CPS. The basis for the appeal was that the CPS’ decision was not in accordance with government policy on cautions and domestic abuse.

‘It was not felt that the threshold for a caution had been met, based on a number of factors including the gravity of the alleged offence and the lack of clear and reliable admission at police interview as regards the committing of it.

‘A more senior prosecutor in the CPS reviewed the case, decided that a caution was not appropriate and authorised a charge of assault by beating. In light of the CPS’s decision, Ms Flack was charged on December 13, 2019, and released on bail. Charging decisions are taken by the CPS independently of the police.

‘The MPS takes allegations of domestic abuse, by men or women, very seriously and investigates those allegations in accordance with national and MPS policies. DA is a priority for the Met and is known to be under-reported. Officers are encouraged to consider ‘evidence-led’ prosecutions where appropriate, and actively investigate cases even if the victim does not wish to support a prosecution. This is to enable victims to be safeguarded and to bring offenders to justice, as well as due to the risk of repeat victimisation.’