The beaming couple emerged from the ceremony – with Hugh in a suit and Anna in a shirt and mini-skirt – after tying the knot, despite his previous insistence he would never marry.

Sources told The Sun: ‘Everybody looked very happy and relaxed, it was obviously an informal occasion with only very close family members present. 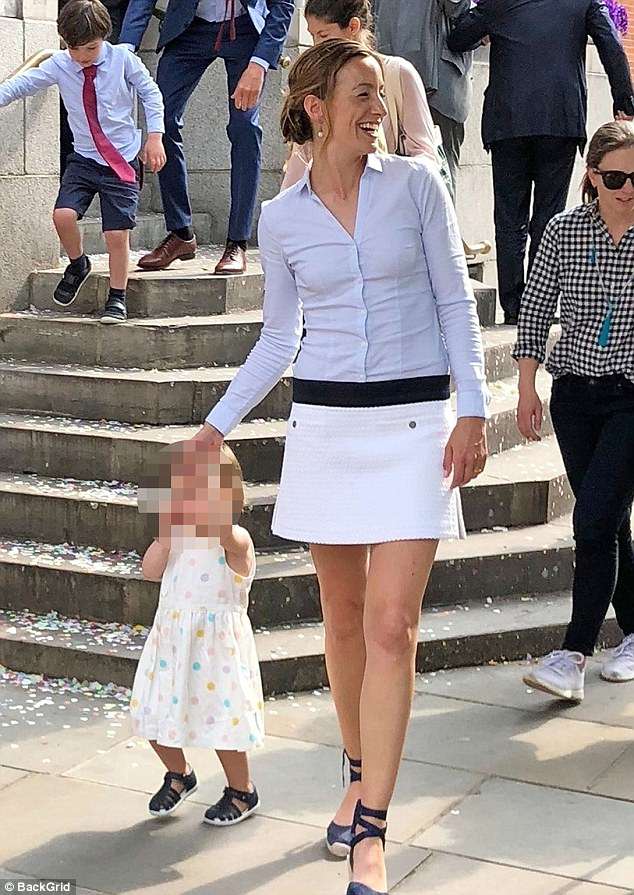 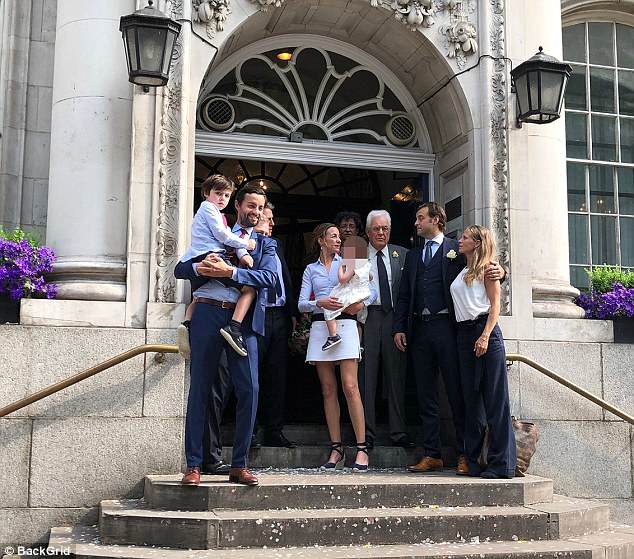 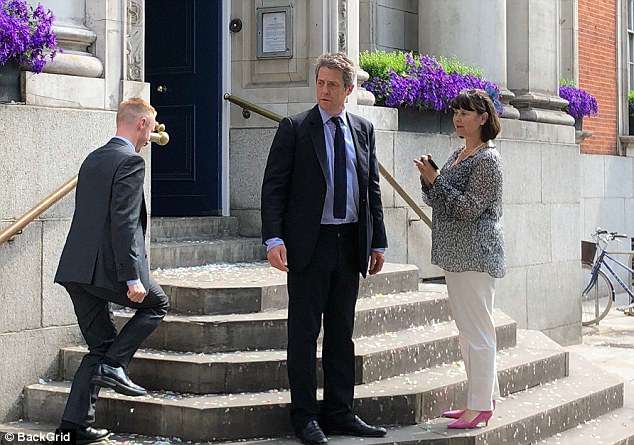 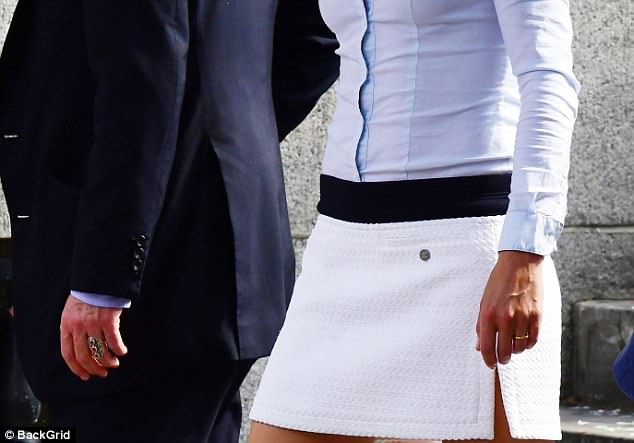 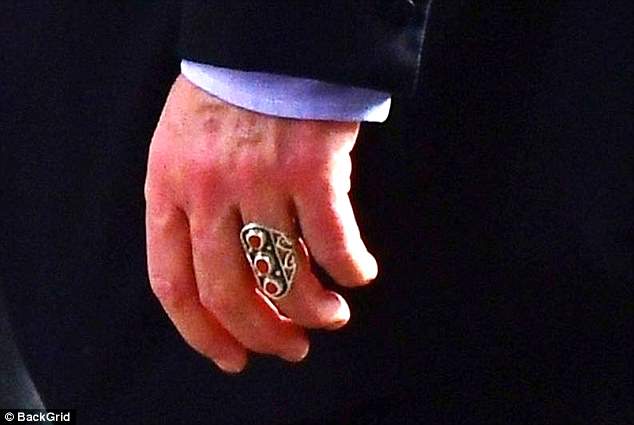 Hugh Grant, 57, had an unusual ring with three gemstones for the wedding ceremony 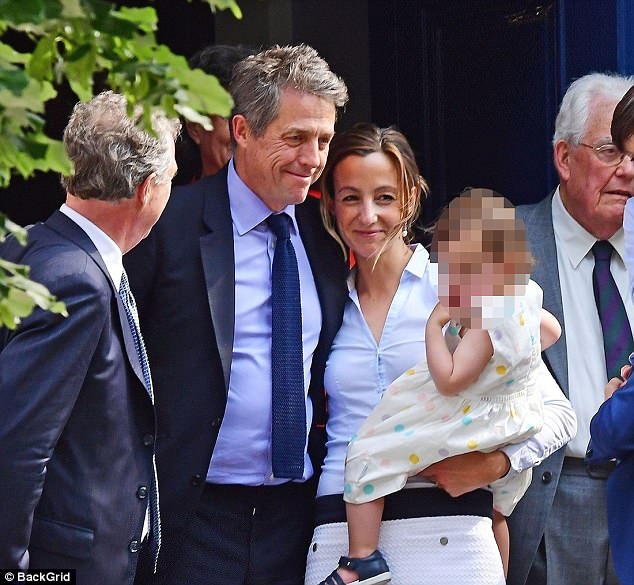 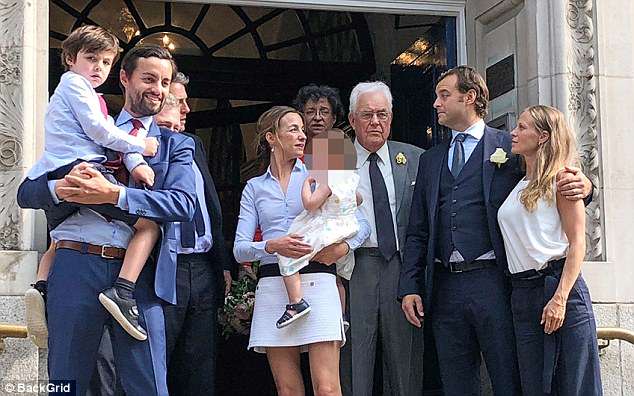 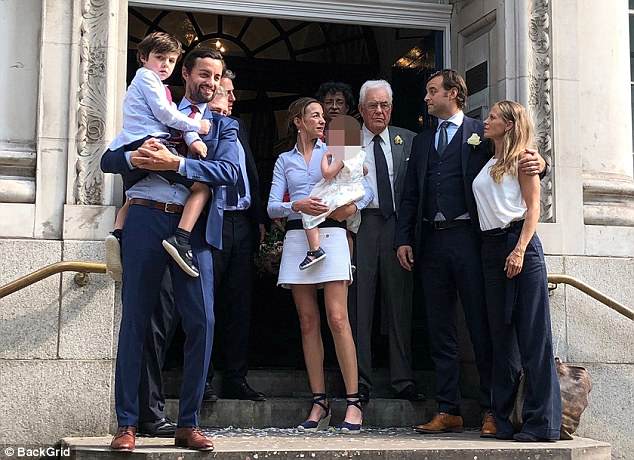 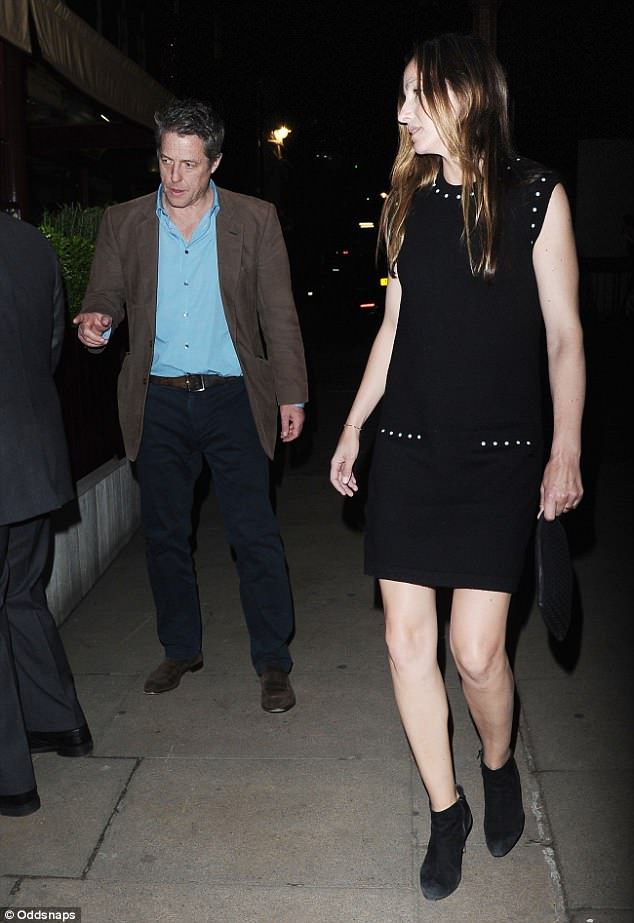 ‘The group congregated on the steps and Grant stepped in right at the last minute, seemingly in a bid to attract attention.’

Following the ceremony, Anna flashed a gold band on her wedding finger during a glam London night out with her husband after their nuptials.

Grant is also famous for his own reluctance to marry. He split up in 2000 with his actress girlfriend Elizabeth Hurley after 13 years together.

He told People magazine in 2015: ‘I’m not really a believer in marriage. I’ve seen very few good examples, maybe five, in my life, but I think otherwise it’s a recipe for mutual misery.’ 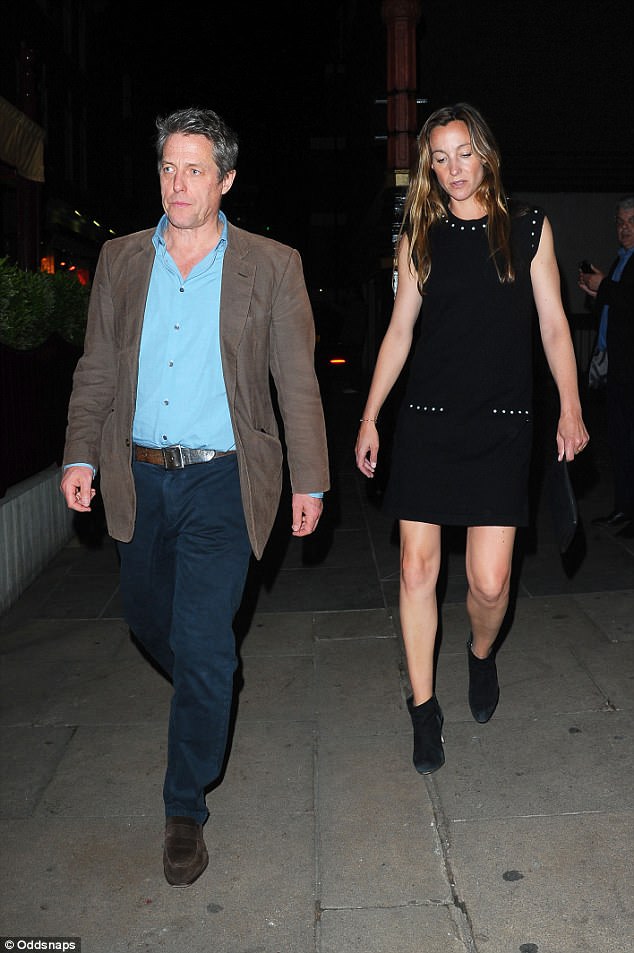 Happy days: In images obtained by The Sun, the beaming couple emerged from the ceremony – with Hugh in a suit and Anna in a shirt and mini-skirt – after tying the knot, despite his previous insistence he would never marry 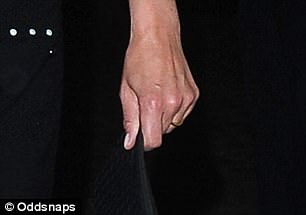 Golden girl: The night before the ceremony, Anna flashed a gold band on her wedding finger during a glam London night out with her now-husband

It was previously reported that the Four Weddings and a Funeral star would walk down the aisle with his Swedish girlfriend, marking the first marriage for the actor.

Wedding banns for the couple were at Kensington and Chelsea register office, near the couple’s £10million home in the capital, earlier this month.

Hugh and Anna have been together six years and share three children, John Mungo, who was born in September 2012, and another child born in December 2015.

Hugh’s ex Elizabeth let slip in March that Hugh had had a third child with Anna, but the birth date and gender are unknown.

News of the engagement emerged after the wedding banns for Hugh and Anna were posted on screens in the office at Chelsea Old Town Hall. 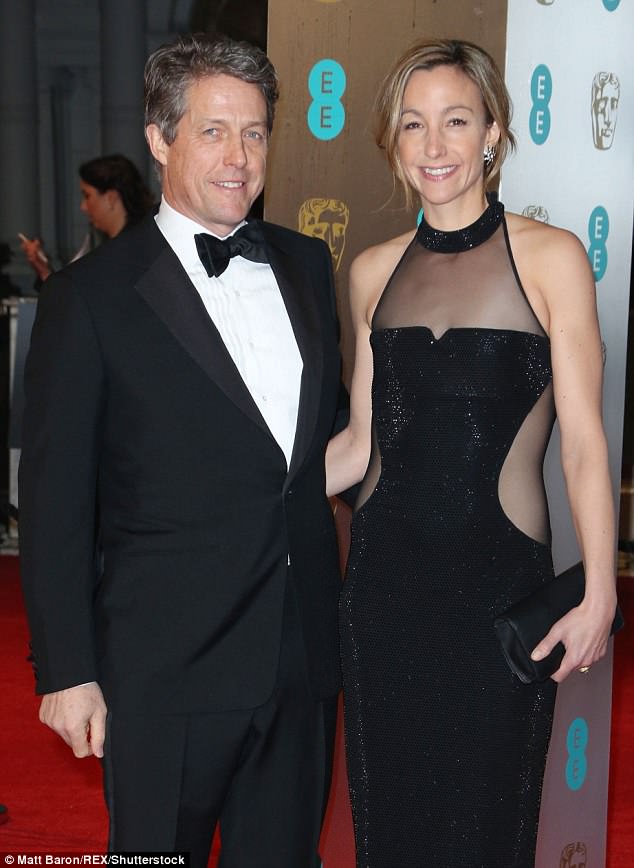 First marriage: Wedding banns for the couple were posted at Kensington and Chelsea register office, near the couple’s £10million home in the capital

A source has told The Sun: ‘This is a day none of Hugh’s friends ever thought would come. He will soon be a pensioner and has finally become a family man.’

As well as his three children with Anna, Hugh also shares two children with ex Tinglan Hong. The star enjoyed a 13-year romance with actress and model Hurley, splitting in 2000 but remaining great friends.

It was Elizabeth who shared the news of the birth of his new baby during an interview with Andy Cohen on Watch What Happens Live in March.

She candidly said: ‘He had another one last week. He has five. He was over 50 when he spawned them all.’

Andy asked Elizabeth if she was shocked by it and she delightfully responded: ‘No, he’s an enchanting dad. Really, really sweet.’ 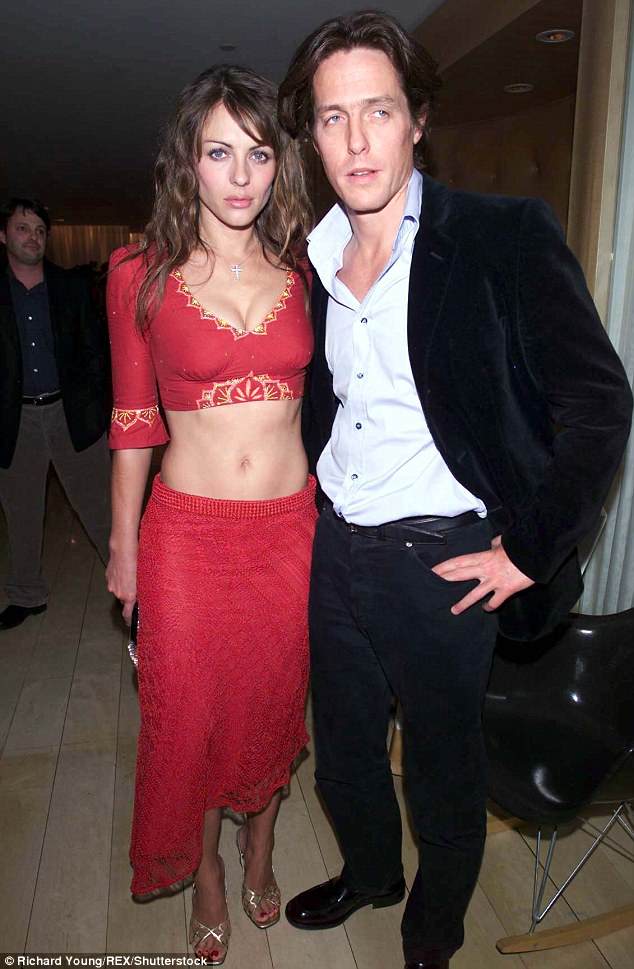 Ex: The star enjoyed a 13-year romance with actress and model Hurley, splitting in 2000 but remaining great friends

1987-2000 – Hugh enjoyed an extremely high-profile romance with Elizabeth before splitting following his infidelities. While they never had children, he is Godfather to her son Damian, 15

September 2011 – Hugh became a father for the first time, to a daughter Tabitha with receptionist Tinglan Hong, after ‘a fleeting affair’

September 2012 –  The actor later became a father for a second time to John Mungo, his first baby with Anna

December 2012- After a brief reunion, Hugh and Tinglan had another child, as she gave birth to a boy called Felix although this only became publicly known when a birth certificate leaked when he was 16-months-old

December 2015 – Anna and Hugh became parents once more to a second child, although they have never announced the child’s name

The actress then cheekily cracked up her fellow guest on the chat show, David Oyelowo when she spoke of Hugh’s forray into fatherhood.

The actor also dated socialite Jemima Khan for three years before their break up in 2007.

Hugh has been back in the public eye of late, promoting his new BBC One drama A Very English Scandal, which sees the actor play disgraced politician Jeremy Thorpe.

Hugh says he had to lose weight to portray Thorpe’s hollow-cheeked appearance in the drama.

‘I just got thinner. He was cadaverous, Thorpe, so I bought a bicycle and went racing round Richmond Park for four months and lost quite a lot of weight.’

He said playing the old Etonian, who stood trial in 1979 for conspiracy to murder his gay ex-lover Norman Scott, also required a ‘genius’ make-up artist.

‘He knew exactly what to do,’ he said. ‘Clever stuff like making my cheekbones even more hollow, the contact lenses and the hair.’ Busy month: Hugh has been on the promo trail this week for his new BBC drama A Very English Scandal 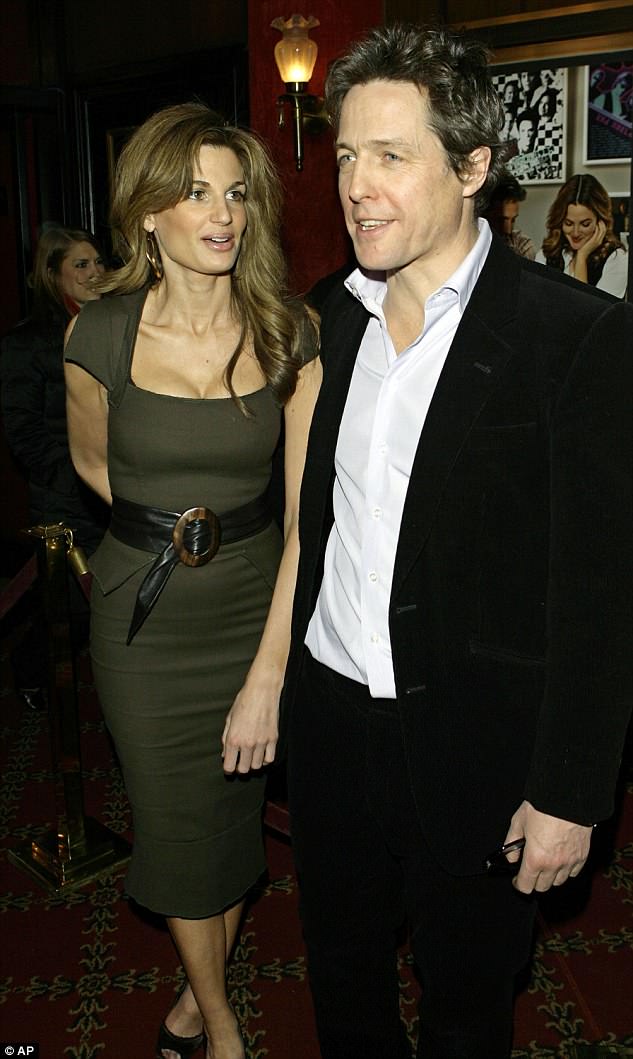 Another one that got away: The actor also dated socialite Jemima Khan for three years before their break up in 2007