Gladys Berejiklian dodged questions about her new ‘boo’ just days after it emerged she has moved on from disgraced MP Daryl Maguire with a high-profile lawyer.

The New South Wales premier gave an awkward grin and blushed when asked about her relationship with elite barrister Arthur Moses during Monday’s Covid-19 press conference in Sydney.

Ms Berejiklian’s romance with the lawyer was made public by her sister on Friday night, with her office saying the two had ‘begun spending private time together’.

The barrister represented her during a corruption inquiry last year into Mr Maguire.

The state leader was answering questions about the state’s latest coronavirus outbreak when she was asked by Daily Mail Australia what attracted her to Mr Moses. 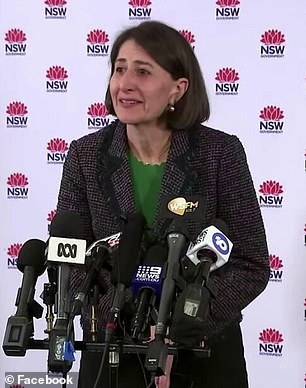 Tight-lipped: Gladys Berejiklian gave nothing away when asked about her new relationship with lawyer Arthur Moses on Monday during a Covid-19 press conference 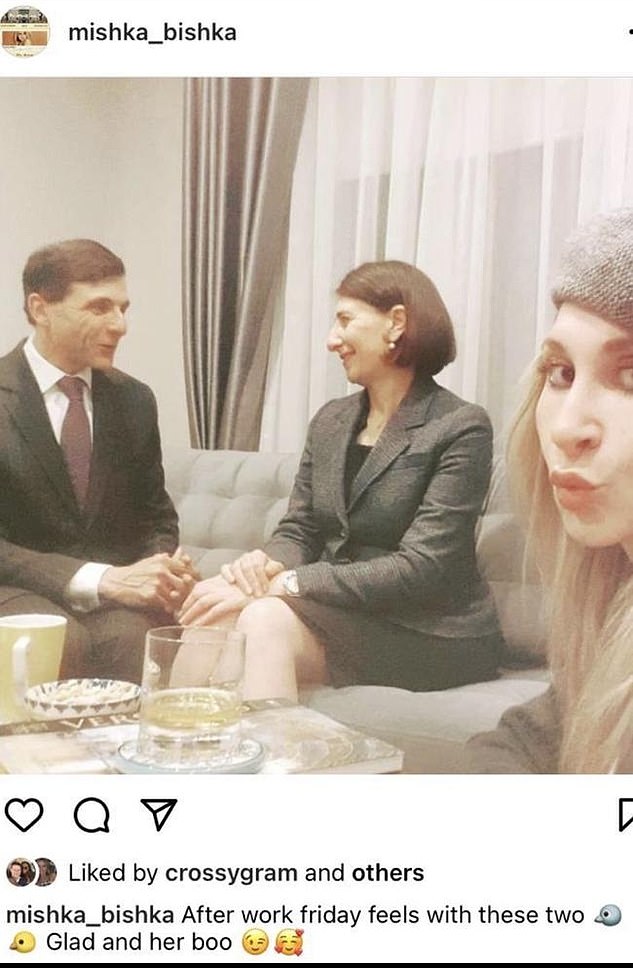 ‘No comment,’ she responded before smiling awkwardly and quickly moving onto the next question about mandatory mask rules.

Moments earlier she gave the same two-worded reply to a journalist who asked her whether she expected more scrutiny about her new romance than she did over her relationship with Mr Maguire.

Ms Berejiklian’s younger sister Mary had shared a loved-up snap of the new couple to her Instagram account on Friday evening.

‘After work Friday feels with these two. Glad and her boo,’ the premier’s sister captioned the shot that shows Ms Berejiklian and Mr Moses gazing into each other’s eyes while sitting beside one another on a lounge.

The pair are seen looking into each other’s eyes as they sit beside each other on a lounge.

‘After work Friday feels with these two. Glad and her boo,’ Ms Berejiklian’s sister Mary captioned the shot. 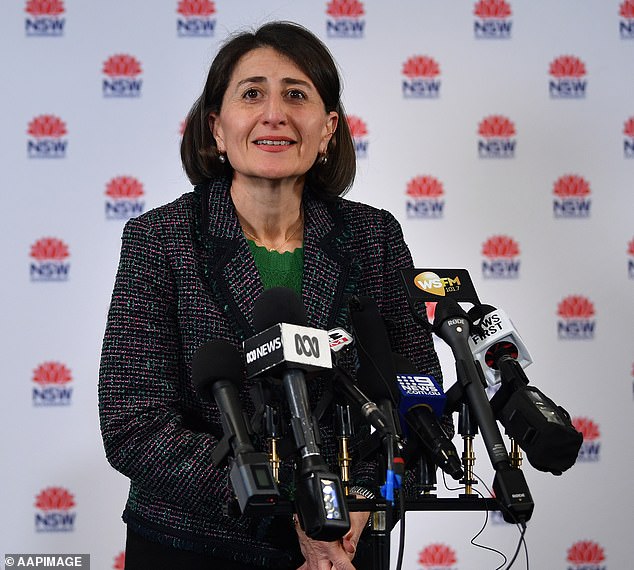 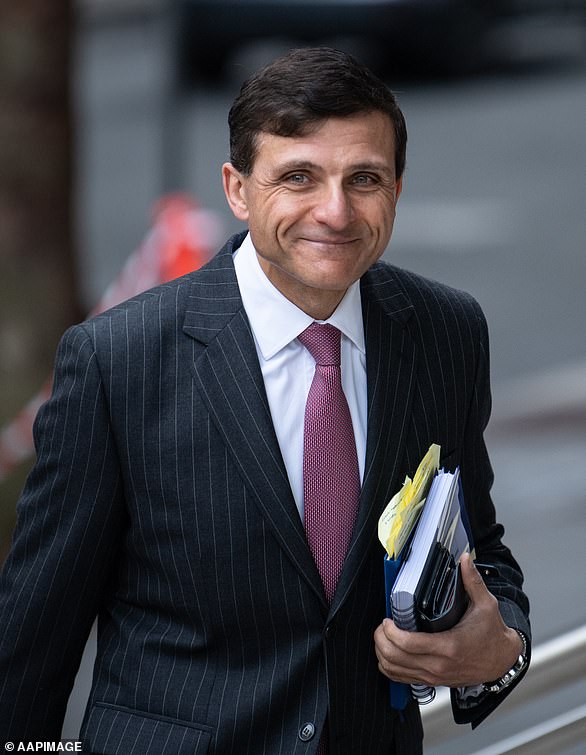 ‘That makes you a little sharper, able to focus and cope with long hours by having that sort of fitness balance. 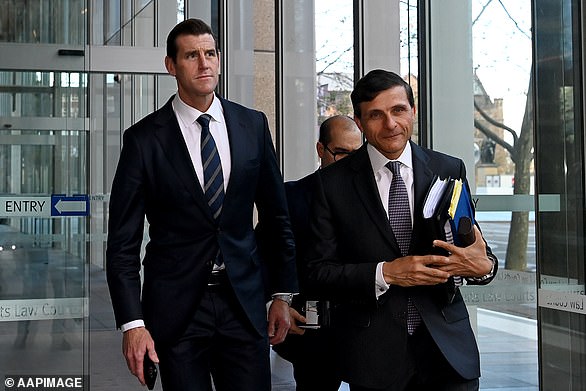 He also revealed his deep love for the Parramatta Eels NRL club, saying his happiest moments were when the team was winning grand finals in the 1980s.

A spokesperson for the premier declined to comment further than saying the couple had ‘begun spending private time together’.

During the inquiry the premier revealed she had been dating Mr Maguire, an MP for Wagga Wagga, for five years.

The bombshell confession not only shocked the public but also floored her own parliamentary colleagues. 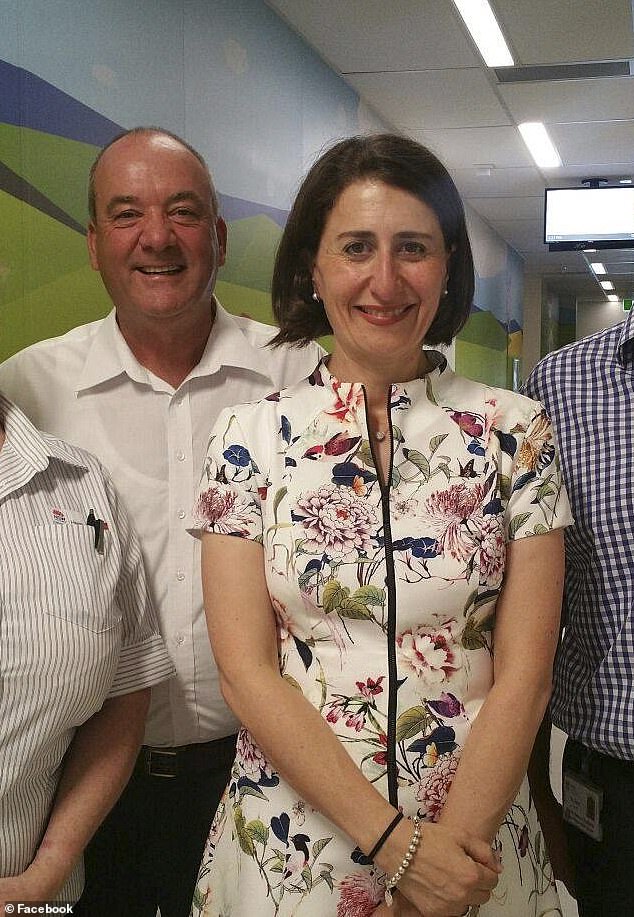 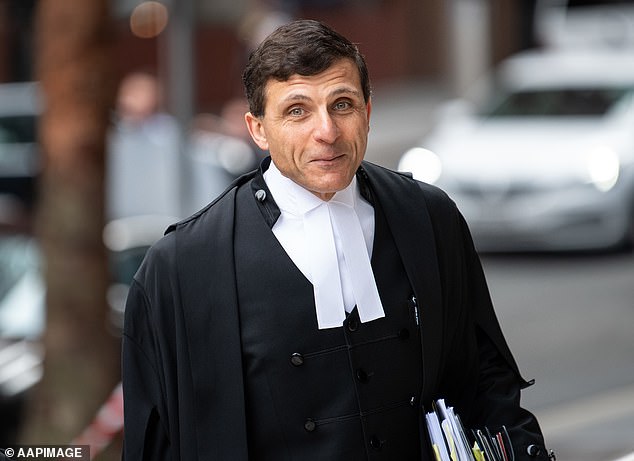 Mr Moses is a fitness junkie as well as a dedicated lawyer and footy supporter. He is pictured outside the Federal Court in Sydney last week, where he is representing Mr Roberts-Smith

Not even the premier’s family or closest friends had any idea about the five-year relationship, which was carried out behind closed doors until shortly before the inquiry began.

He is currently representing Ben Roberts-Smith in his defamation trial against Nine newspapers.

It’s unclear when the pair began their romance but rumours had swirled in legal and political circles after the couple were spotted sharing a meal at a cafe.

At the height of Ms Berejiklian’s relationship with Mr Maguire, the premier said she’d hoped to one day go public with him, and even dreamed of marrying him.

Throughout the ICAC inquiry and several media appearances afterwards, Ms Berejiklian appeared stoic, but confessed she had shed tears in the privacy of her own home.

In the wake of the relationship admission, Ms Berejiklian said it had been ‘one of the most difficult days of my life’ – but she never considered standing down as premier as she did not believe she had done anything wrong.

The duo had been friends for more than 20 years before becoming intimate around 2015.

Mr Moses was married to lawyer Sylvia Moses, with whom he shares a son, Nicholas.