Sergio Ramos has been captured on camera asking Real Madrid team-mates and the bench if he should attempt to pick up a yellow card that would hand him a one-match suspension.

‘Should I look for it?’ Ramos asked the bench, following Marco Asensio’s 87th minute goal, that gave the European champions a 2-1 win over Ajax.

He then proceeded to clatter into Kasper Dolberg, picking up the caution that has ruled him out of next month’s return leg at the Bernabeu. 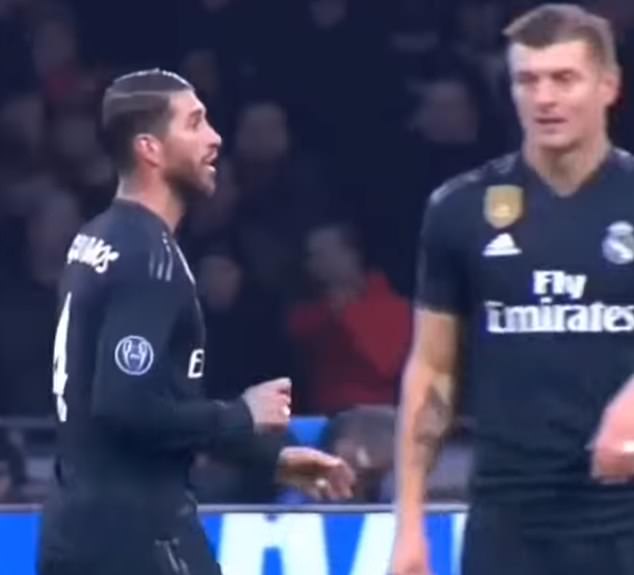 The 32-year-old has been caught by Golazo de Gol making a subtle card gesture during his interaction with the bench.

The footage raises the prospect of a further suspension for Ramos, who admitted after the game he had intentionally picked up the booking.

‘Seeing the result, I’d be lying if I said no, it is something that was present in my mind and that I was thinking about,’ he said.

On Thursday European football’s governing body launched an investigation into his comments, but his fate will not be decided until the end of this month. 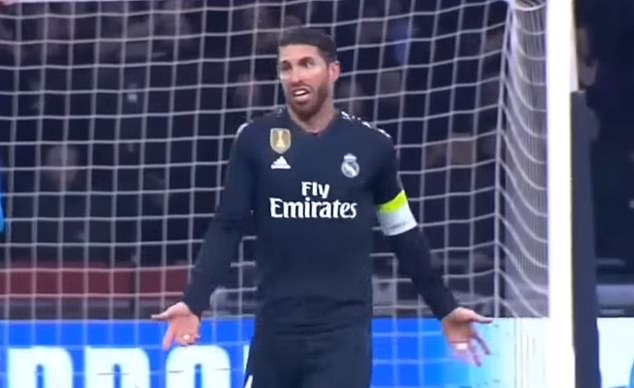 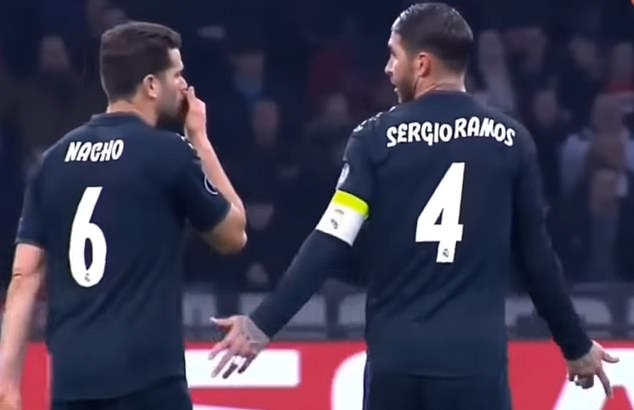 But he has been caught on video asking team-mates and the bench, ‘Should I look for it?’

The second leg takes place on March 5 in the Spanish capital.

UEFA can impose extra punishment on players who seek to control the timing of a one-game ban for accumulation of yellow cards to ensure it is served in a less important game.

Ramos later attempted to rectify his stance and clarify what he meant via Twitter.

‘In a game there are many tensions, many feelings and emotions and we have to make decisions in seconds,’ he wrote. 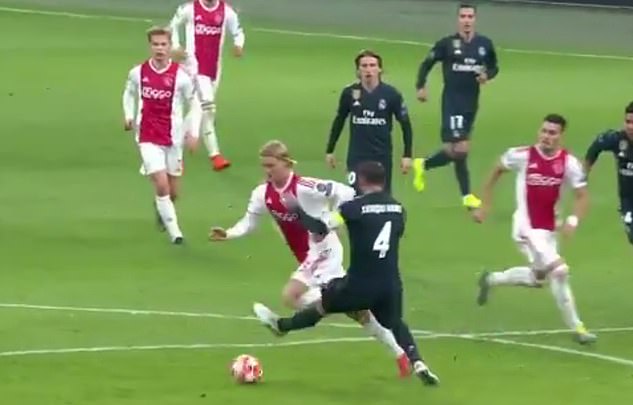 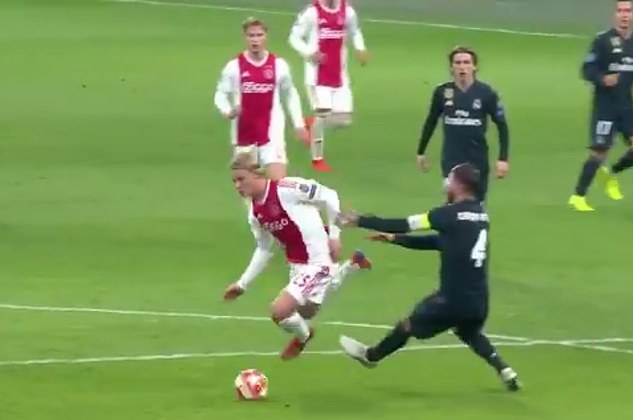 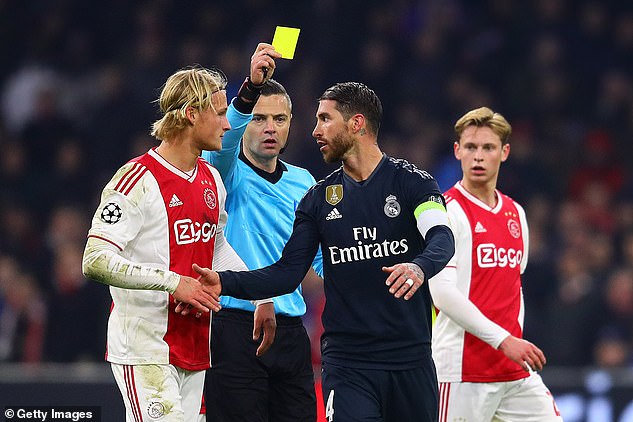 UEFA introduced the disciplinary rule after previous incidents involving Madrid players, including Ramos, and used it to suspend Dani Carvajal for both legs of the round of 16 last season.