The most dangerous places to live in England and Wales

Revealed: The most dangerous places to live in England and Wales – so how bad is YOUR area for violent crime, sex offences, theft and robbery?

Britain’s most dangerous places to live have been revealed on a map showing how peaceful suburbs are hit by soaring rates of violent crime.

West Yorkshire is revealed as the most dangerous county in England and Wales, with more than 100 victim-based crimes per 1,000 people.

London is only 10th out of 42 counties despite the wave of murders and stabbings in the capital this year, data from the Home Office shows.

Kent is a victim of the spread of violent crime away from city centres with an increase in homegrown gangs and ‘county lines’ networks, as knife crime in Kent soared by 40 per cent last year. 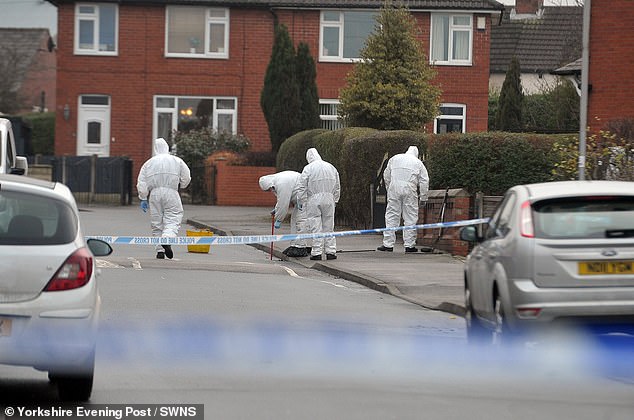 Crime in West Yorkshire rose by 9 per cent this year. Officers at a house in Leeds (pictured above) searched a property after a man died following a fight which broke out on Boxing Day morning

Where are the most dangerous places to live?  According to how many victims of crime per 1,000 people in each area

With the lowest number of Metropolitan Police officers since 2001, there has been a worsening of the violence on the capital’s streets.

However the spread of London gangs into the outer suburbs has meant that criminal networks continue to move into untapped territories, pushing up violence across the rest of the country.

According to the Home Office, the findings are proportional to the amount of people living in each police force’s area. 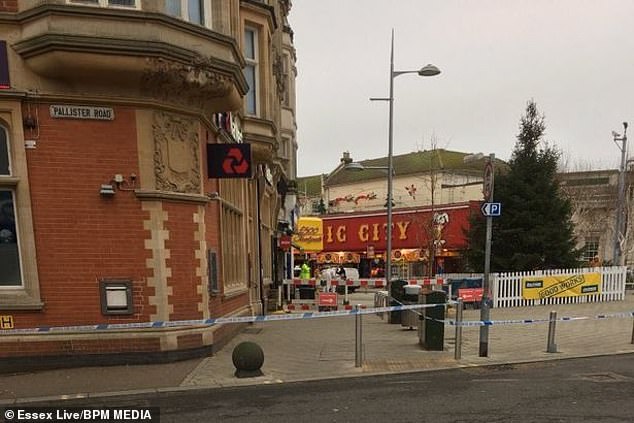 London was listed as the 10th most dangerous place. On Boxing Day a police cordon was places around flats in Clapton, East London, after a man’s body was discovered

This is while the data found that Kent is the most dangerous area for violent crime as youth crime in the area nearly doubled last year with knife crime soaring by more than 40 per cent.

Children as young as 10 having being found to have been involved in gang activity.

Elsewhere areas in the north of England such as Greater Manchester, Cleveland, South Yorkshire and Northumbria made up the rest of the top five regions. 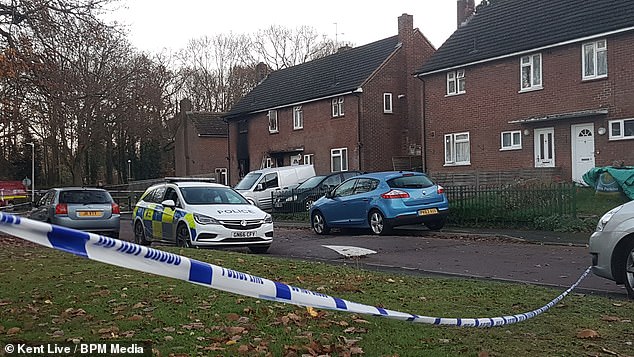 Kent was found to be the area which suffered from the most violent crime. Police cordoned off a street in West Maling, Kent (pictured above) after a 65 year old woman died in a house fire. A 51-year-old man was arrested following the incident

Dyfed-Powys police force in Wales covers the safest area on the map, with just 43.1 offences per 1,000 people in a largely rural part of the country.

Other areas such as Derbyshire, Lincolnshire and North Yorkshire were also among the least crime hit.

It was also revealed that people living in London are more than twice more likely to be robbed than almost anywhere else in the country. 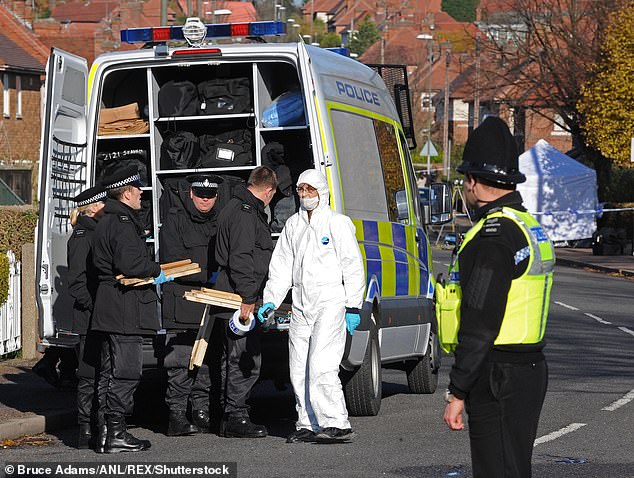 Over the last year the capital has been hit by a surge in violent moped thefts with 19,000 attacks.

Robbery offences in mid Wales were more than 35 times lower than the English capital.

One blackspot for both theft and criminal arson offences in Cleveland in the north east of England. This is while the region continues to slash local police in the area with forces such as Hartlerpool have to content with 10 officers to cover around 90,000 people.

In relation to areas which have been hit most by sexual offences, North Wales is top of the list, followed by Kent and West Yorkshire.

Crime across England and Wales increased by 10 percent over the last year compared to that of the previously year, while Police Scotland figures are published separately by the Scottish government and are not comparable to Home Office data.

Assistant Chief Constable Russ Foster of West Yorkshire Police, said  budget cuts had put officers on the back foot and had left them unable to deal with violent crime.

He said: ‘In West Yorkshire we promote a culture of ethical crime recording and have made significant improvements to enhance the integrity of our crime statistics which has influenced an increase in recorded crime.

‘We as a force have experienced real rises in some areas of crime affecting our communities such as violence, burglary and robbery, similar to other forces nationally. Conversely we have seen a reduction in other areas of crime including vehicle crime and theft from the person. ‘

‘We have experienced some of the worst cuts to our budgets when compared to other forces nationally at a time when criminality is not only increasing, but evolving in terms of seriousness and complexity and at a time when we have seen unprecedented increases in calls for service to our 999 and 101 system,’ he told The Sun.