The New Battle of Agincourt: Britons and French join forces to save famous battlefield

Historical enemies are uniting to protest against the building of massive wind turbines near the site of the battle of Agincourt.

Parties from both sides of the channel have moved to condemn the idea of having the 500ft structures looming over the site of one of Britain’s most indelible victories ever.

The turbines would stand as close as 800 yards away from the battlefield where England over came the odds to defeat French forces during the battle of Agincourt On St Crispin’s Day in 1415.

Preparations are already underway to build 16 wind turbines in the village now known as Azincourt.

Gary Ashley, a 62-year-old battlefield guide from Rotherham who is based near the site said there has to be a line drawn for where wind farms are built.

He told The Daily Telegraph: ‘I’m not here just to defend a British battlefield. The field is soaked in french blood. You can’t make this stuff up, it’s Game of Thrones for real.’ 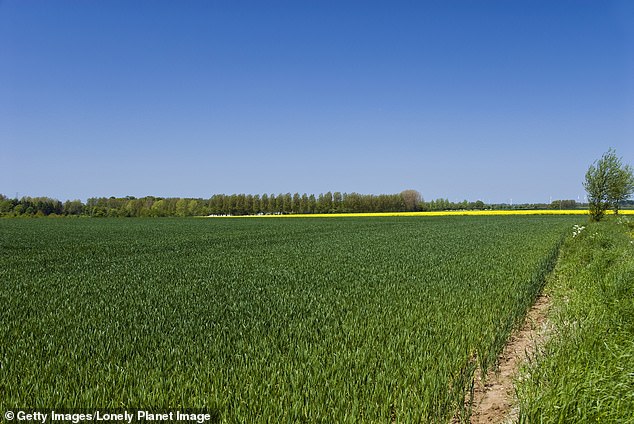 The site of the Battle of Agincourt, a major English victory in the Hundred Years’ War

Service roads and electric cabling have already been put up along with 200 ft masts.

The new developer has also signed up five surrounding villages, putting them at loggerheads with locals who are against the move, being backed by Brits including actor, Jeremy Irons.

Ms Hawking, who bought a house in the area with her ex-husband in the late eighties, said: ‘Let us go once more unto the breach at Agincourt, but this time in support of our French friends and an important part of our own heritage.’

A similar poetic message was delivered when similar issues arose in 2003, the cross-Channel protest was eloquently summed up by the actor, Robert Hardy who wrote a letter to the Telegraph saying a battlefield is ‘a place to pursue historical truth.’

More recently, protests have taken on a more physical form. A medieval history enthusiast named Patrick Fenet held a longbow at the site this week, reminiscent of the Welsh archers who helped win the battle for the British. 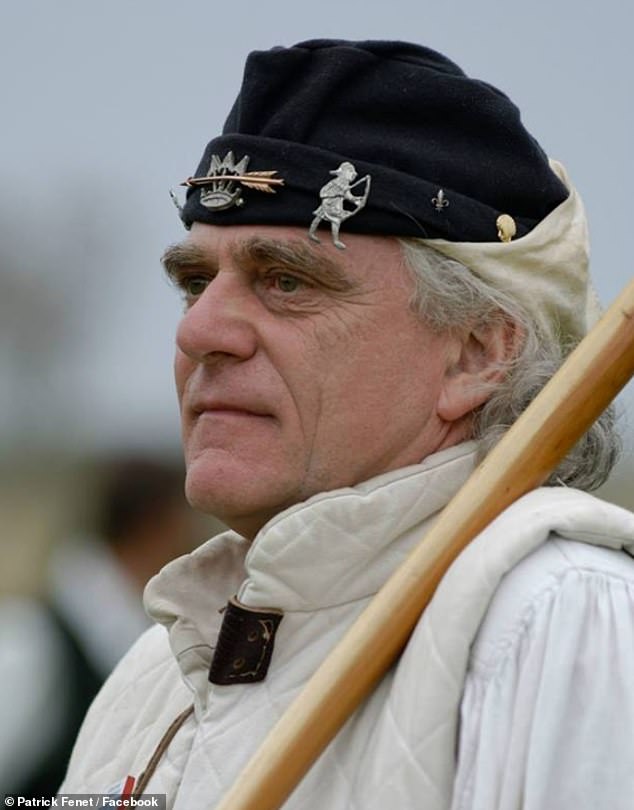 The 70-year-old said: ‘These turbines will spoil the surrounding, all that the battlefield represents and the efforts of those trying to develop historical tourism.’

Despite Jeremy Irons saying although wind energy is ‘wonderful’ it has to be ‘carefully placed’ – one mayor from a nearby village denied that he was desecrating the historical significance of the site.

Daniel Boquet the 71-year-old mayor of Bealencourt said: ‘Each of us is boss in our village. Personally, I don’t think this will stop people coming.’ 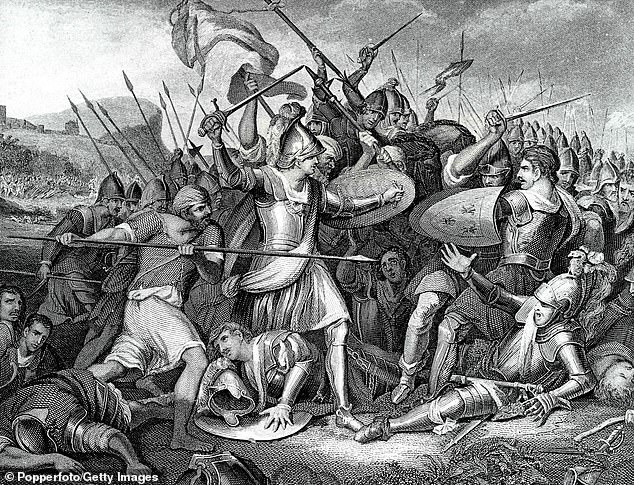 A drawing depicting the fighting between the English and French armies at the battle of Agincourt, France in 1415

He, and other pro wind farm mayors stand to benefit money-wise from the planned move.

Some nearby mayors claim to support both historical sites and renewable energy initiatives simultaneously.

‘It’s much easier to be against everything than for it, particularly in France. Everyone is for ecology but not in my backyard,’ said Etienne Perin, mayor of Maisoncelle.

Azincourt recently pumped millions into making the battlefield more attractive to visitors including revamping the museum, so the turbine timing couldn’t be worse according to the mayor of the village itself.

‘I will not be the mayor who builds wind farms around the battlefield. We absolutely have to protect it from any visual pollution,’ said Azincourt’s mayor Nicolas Poclet.

He has a powerful supporter in Xavier Bertrand, head of the Hauts-de-France region, who angrily told the government ‘give us a break over wind farms.’

Battle of Agincourt: An unexpected English victory over French forces

Henry V’s side seemed destined for annihilation when they faced around 20,000 French soldiers on October 25, 1415.

In a battle widely remembered as one of England’s greatest military triumphs, a small band of English and Welsh archers humbled the vast French army in just one day. 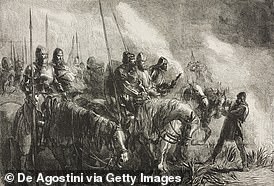 The morning of the battle of Agincourt, soldiers, engraving from the painting by John Gilbert, illustration from the magazine The Illustrated London News, 1863

While the French wielded swords, the English opted for innovative longbows, which had a range of 250 yards.

As the two sides locked horns in a prolonged bout of hand-to-hand fighting the Frenchmen, weighed down with heavy armour on the upward sloping battlefield, became a sitting target. Almost 6,000 are thought to have lost their lives.

The stunning victory turned the tide for the English during the Hundred Years’ War, which ended in 1453.

After the battle, Henry’s men ransacked the French camp before marching in triumph to Calais.

The king sailed for home and landed in a snowstorm at Dover before elaborate festivities in London hailed him as ‘Henry the Fifth, King of England and France’. Meanwhile, in Paris, Charles VI suffered another embarrassing mental breakdown.

Henry V was eventually recognised in 1420 as heir to the French throne and the regent of France, although France went on to win the war.

Historians have since claimed that the number of English soldiers could have been between anywhere between 6,000 and 9,000.

Experts who combed through complex tax and military records also alleged the stunning scale of Henry’s win may have been exaggerated by his spin doctors for propaganda purposes.

The battle is the centrepiece of William Shakespeare’s historical play Henry V.