The new Israel Folau? Prodigy Joseph Suaalii could be a Wallaby before he finishes high school

A 15-year-old already as tall as his idol Israel Folau has been tipped to play for the Wallabies before he finishes school.

Joseph Suaalii grew up in rugby league heartland Penrith and was a standout for South Sydney’s Harold Matthews (under-16s) squad this year.

But determined rugby union scouts are offering the young fullback, who attends The Kings School in North Parramatta, a path to Wallabies selection.

At 193cm, the towering youngster is already as tall as the man he hopes to one day emulate –  dual international superstar Folau.

Already as tall as his idol Israel Folau, Joseph Suaalii (pictured) has been tipped to play for the Wallabies before he finishes school 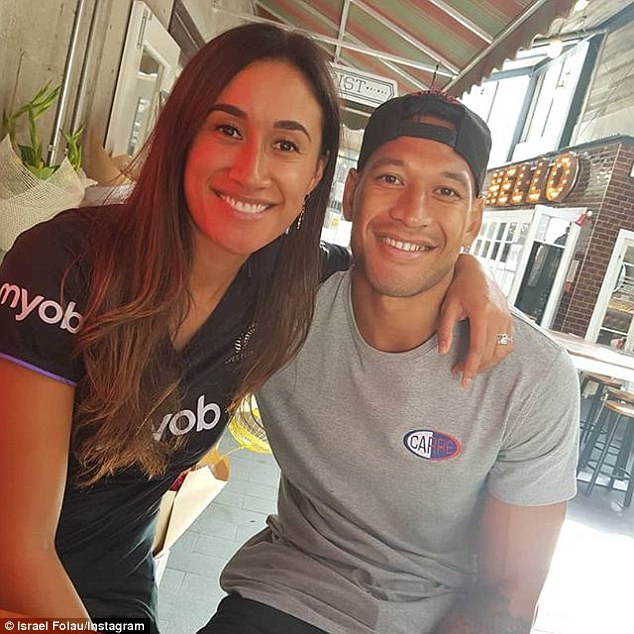 At 193cm, the towering youngster is already as tall as the man he hopes to one day emulate – dual international superstar Israel Folau (pictured with wife Maria)

In 2017 at the New South Wales Junior Rugby Union under-14s state championships, Suaalii was a key figure as his club side Eastwood took home the major spoils.

Coach Peter Campton at the time labelled the young gun an ‘exceptional talent.’

Suaalii, who has also shown promise in track and field athletics events as well as on the basketball court, recently met with Wallabies coach Michael Cheika and idol Folau.

The meeting was part of Rugby Australia’s attempt to keep elite young talent in the game, after recently revamping their Super Rugby academies.

Emerging athletes from the age of 15 will now be linked with academy programs designed to run in accordance their school and club rugby commitments. 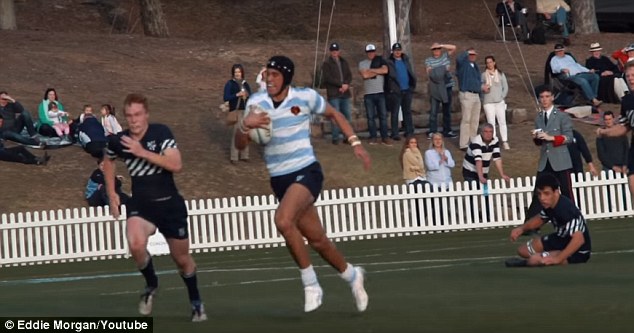 The aim is for the talented youngsters to eventually play in the soon to be launched inaugural Under-19 Rugby Championship.

Rugby Australia will also offer scholarships to keep promising school-leavers in the rugby system as their bodies and skills develop.

If Suaalii continues to improve, he could eclipse Brian Ford as the youngest ever Wallaby.

Ford made his Test debut on the wing against New Zealand aged 18 years and three months in 1957.

Both expressed interest in pursuing professional rugby careers post their HSC studies, before the lure of long term NRL contracts at Redfern saw them switch codes.

Only time will tell if Suaalii bucks the trend and ends up wearing a gold Wallabies jersey. 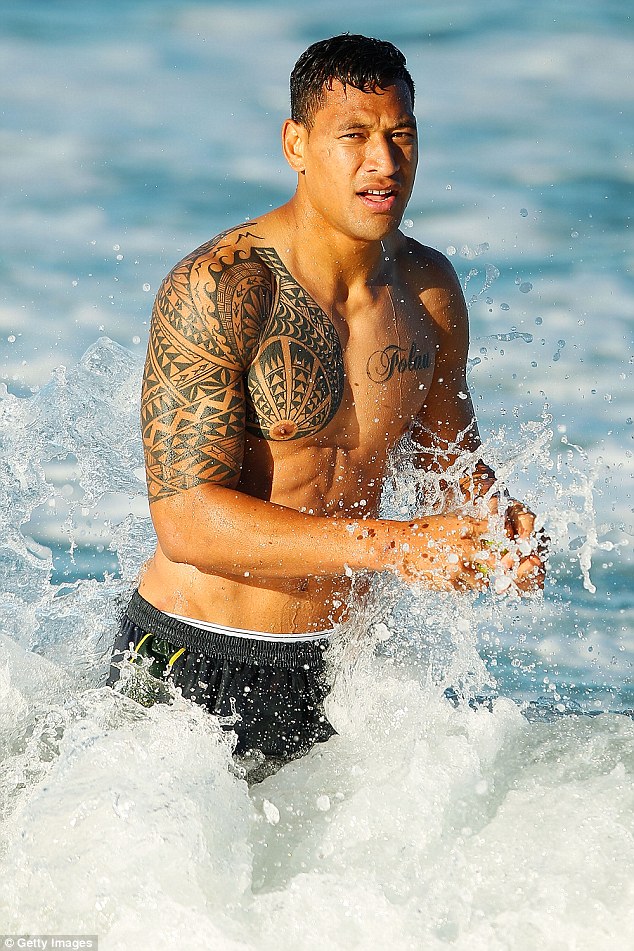