A young schoolgirl from Somerset is being hailed as the next Mary Anning after the famed palaeontologist inspired her to take up fossil hunting.

Amelie and her family, from Chard, Somerset, have already found fossils, a pendant with Virgin Mary engravings and a 22-carat Victorian ring. 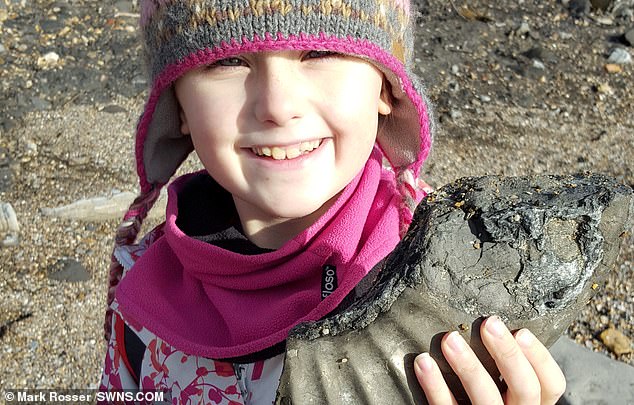 Amelie Rosser with a fossil she found on the beach. Little Amelie Rosser, who counts fossil collector Mary Anning as one of her inspirations, has found a host of treasures – on the same beaches as her hero

Mary Anning, the 19th-century palaeontologist behind the nursery rhyme ‘she sells sea shells by the sea shore’, inspired the young schoolgirl.

The tiny 22-carat gold wedding band was found in a pile of rocks beneath a cliff in Lyme Regis, Dorset.

She ran off to show her mum, Renata, after locating the piece of jewellery.

Proud dad Mark, 45, described his daughter as ‘like a human metal detector’ due to her aptitude at finding lost objects.

Mr Rosser joked that his little girl could even wear the ring herself in future, if she got married. 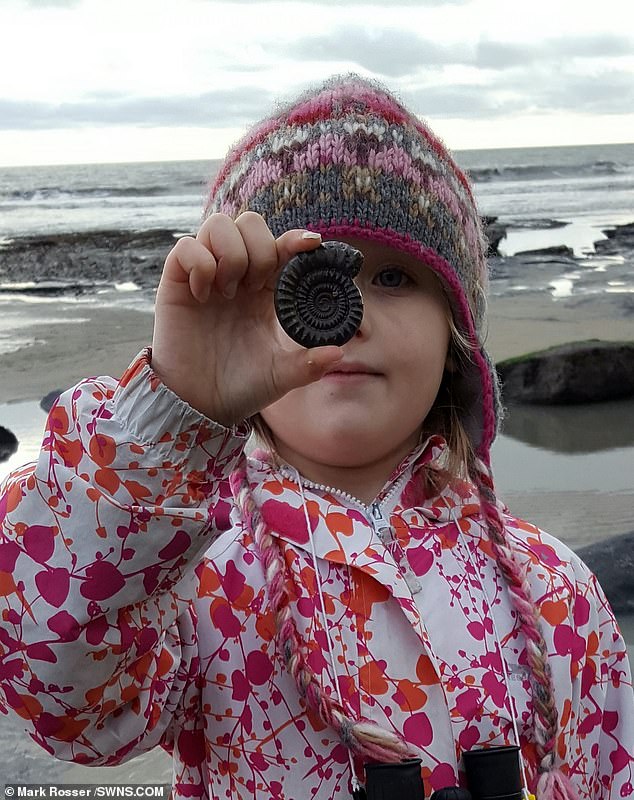 A young schoolgirl from Somerset is being hailed as the next Mary Anning after the famed palaeontologist inspired her to take up fossil hunting. Pictured: an ammonite fossil she found on the Jurassic coast beach 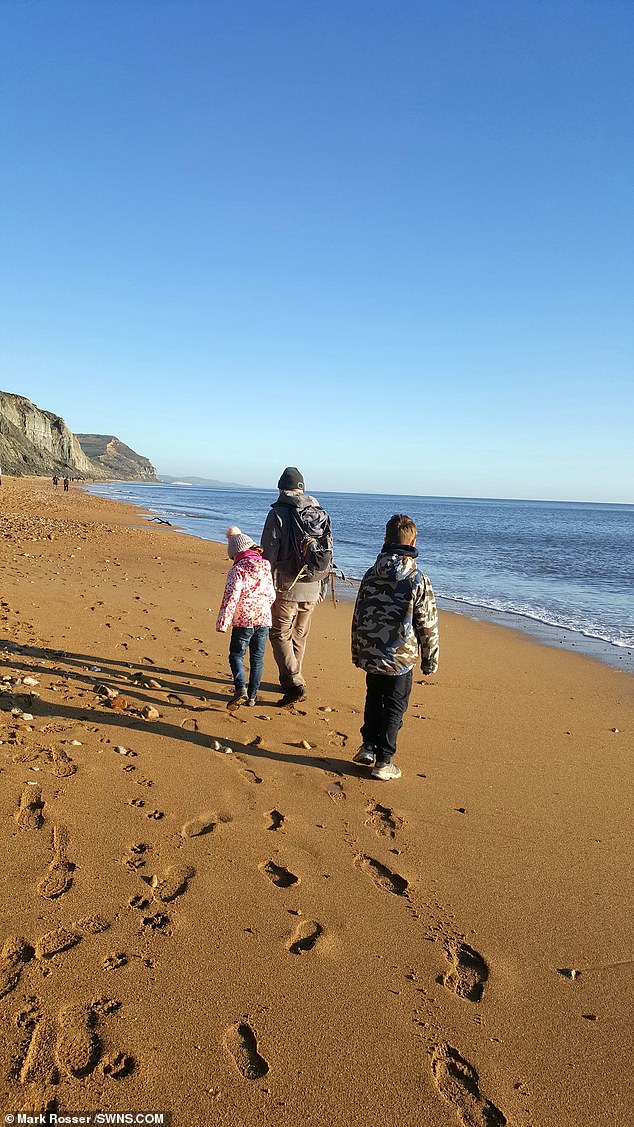 Amelie and her family, from Chard, somerset, have already found fossils, a pendant with Virgin Mary engravings and a 22-carat Victorian ring

He says the ring most likely ended up on the beach from an old tip at the top of the cliff.

He said: ‘That part of the beach is the site of an old tip that falls from the cliffs above, so the ring could have been lost down the back of a sofa, left in a drawer, the pocket of some old clothes.

‘I don’t think it was the result of a broken-hearted wife tossing her ring out to sea.

‘We found a nice silver chain to keep it on and its stored safely in its own seashell box.

‘Amelie wants to keep it for now, maybe it could be sold in the future to pay towards university or something, maybe she could keep it as a wedding ring for herself if she ever decided to get married.

‘It can be hard to pick out shapes amongst the jumble of rocks and metal but she seems to have the gift.’

Mum-of-two Renata, 41, looked up the hallmarks and the family were excited to learn the ring dated from 1850 and was 22 carat gold. 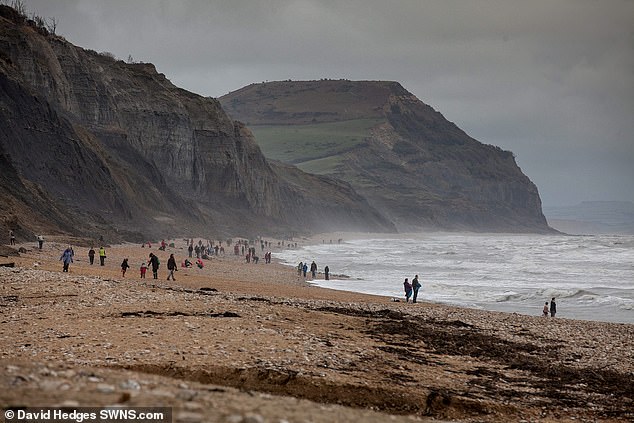 Pictured, the beach of Charmouth, Dorset. The Jurassic Coast of Britain is now a protected UNESCO world heritage site

WHO WAS MARY ANNING? 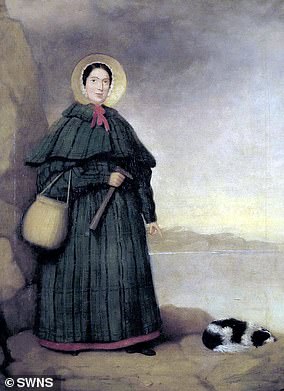 She came from a very poor family of religious dissenters and never married or had children.

She was one of a believed ten children and was only one of two to survive to adulthood.

Her father, a cabinet maker called Richard, introduced her to fossil hunting.

She’s the inspiration behind the nursery rhyme ‘she sells sea shells by the sea shore’, inspired the young schoolgirl.

She was born in Lyme Regis, Dover in 1799 and died aged 47 from breast cancer.

As a woman in science at this time it was even more difficult to establish a credible reputation in any scientific field.

The science world in the 19th century was, remarkably, even more male-orientated than the testosterone-fuelled scientific world of today.

She searched the Blue Lias cliffs in or shortly after adverse weather as the landslides exposed new fossils.

In one such event, her dog, Tray, was killed and she herself nearly perished.

She famously discovered the first ichthyosaur skeleton which was correctly identified when she was 12 yeas old.

The immaculately preserved find was more than 17feet (5.2metres) long.

Charles Darwin’s theory of evolution would not be published for another half a century and people debated what this monster was.

It is in fact neither fish nor lizard, but a marine reptile that lived around 201-194 million years ago.

She also found the first complete skeleton of a Plesiosaurus and the first Pterodactyl – then called a Dimorphodon – outside of Germany .

All her marquee finds are now in the Natural History Museum.