‘The night I took a taxi… and nearly disappeared’

Nicola Rayner was loving her life and work in Buenos Aires when a night out ended in terror. She recounts the horrifying ordeal that almost cost her her life

Sometimes I find myself avoiding certain news stories. I click away on screen or turn the page of a newspaper – as I did recently when Suzy Lamplugh’s name reappeared in headlines this summer. An estate agent who went missing in 1986, never to be seen again, her case had been reopened after new information led to a police excavation. It once again proved to be a dead end – one of many leads that have come to nothing since she was last seen with a client known only as ‘Mr Kipper’. It was ‘just as though she had been erased by a rubber’, her late mother Diana said.

Suzy’s story and others like hers evoke horror in us all. But for me they also elicit the vertiginous feeling you experience when you glance over a cliff. I can’t read them without being conscious of the shadow of what could have happened to me and my family when, at 25, the same age as Suzy, I almost disappeared a long way from home.

It was May 2005 and I’d spent a couple of months living in Argentina’s capital Buenos Aires, working as a dance correspondent for Time Out. My fellow expats and I lived well, enjoying the café culture, trips to the Teatro Colón – the city’s famous opera house – and milongas, or tango dances.

I didn’t heed the warning signs, but they were there: in the leaflet shoved into my hand when I arrived detailing the dangers of taking unregistered taxis; in the fact that this was a country barely recovering from a deep recession, where cartoneros, or litter pickers, sifted through rubbish in the streets to make a living.

The night of the attack, my uncle Richard happened to be in town for a conference. I met him in Recoleta – a neighbourhood known for the cemetery where Eva Perón is buried. I was distracted; after supper, I had a date with someone I liked. My uncle was jet-lagged and keen to get an early night, so we looked for a cab. Richard thought about joining me but decided to walk to his hotel – in the time it took us to deliberate I missed one taxi and so I kissed him goodbye and jumped into the one behind.

Sitting on the back seat on the right, diagonal to the driver, who was young and taciturn, I can’t remember exactly when I started to feel uncomfortable, but I was aware he was taking me on a circuitous route home. When I asked him about it, he fobbed me off, saying that soon I’d know where we were. I started to feel uneasy and wound down the window to get some air. I remember thinking that I shouldn’t offend him by letting on that I was scared. It’s something that sticks with me to this day – that I was worried about hurting his feelings.

We started to join a busy thoroughfare leading out of town and my unease turned to alarm. When he stopped at a set of traffic lights, I went to open the door. He opened the glove compartment to get something out. I put out my hands to accept it as if receiving a present. It was a small handgun – the kind of thing we’re used to seeing pulled out of handbags or pockets in films. He pressed it into my belly. 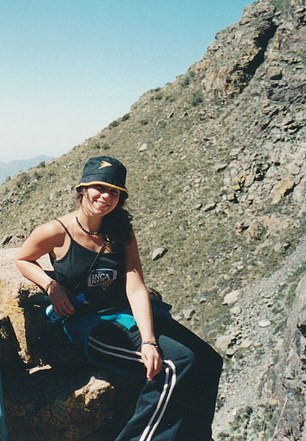 It’s hard to describe the terror I experienced in that moment, but in the way heat can be white, I think fear can too. My memories of what happened next are fractured. At one stage I went for my mobile and he hurled it across the car. At another, he grabbed my hair, which I had plaited for my date, and held my head down on to the car seat. I don’t remember how he fought me as he drove, but I imagine in the heavier traffic he was stopping a lot. When we got to a motorway, he had to keep both hands on the wheel and I managed to push my head out of the window to call for help. He was shouting, ‘Do you want to die? You’re going to die.’ At one stage he swerved so close to another car I thought I could touch it. The last thing I remember in the car is reaching out and pushing myself off that other vehicle. The next thing I knew I had fallen through the car window and landed hard on the road. I pulled myself to my feet and saw that the driver had sped off. I’ve never felt relief like it.

I moved to the side of the motorway and fell to my knees in a prayer position. It wasn’t just a dramatic move – I worked out later it was because both my ankles had been broken in the fall and I couldn’t stand up. With blood pouring down my face I must have looked a frightening sight. A group gathered around me and one man held my hand until the ambulance arrived – a kindness I shall always remember.

I asked the paramedics to call my uncle and he met me at the hospital, visibly shaken. As we waited between stages of my treatment, we replayed different versions of what could have happened – what if I’d got in the first cab? Or my uncle had taken the second taxi with me? Would that have made a difference? Richard would still have got out at his hotel. The biggest ‘what if’ went unspoken: what if I hadn’t got away?

I was later moved to another hospital for an operation on my right ankle. Drifting in and out of consciousness afterwards, I experienced moments of euphoric relief and heightened awareness. I was grateful to still be in the world, looking out of the window at the sky, and eavesdropping on the old men on their balconies as they drank their morning coffee.

Representatives from the British Embassy and local tourist board visited me in hospital, and I noticed that the incident was routinely described as ‘robbery’ because he had driven away with my handbag, which I felt, and still feel, is an inaccurate definition of what happened. Nobody ever tried to trace him or a radio taxi reported stolen from one of the city’s firms that night.

Argentina is a country known for disappearances. From 1976 to 1983, up to 30,000 people went missing in the ‘dirty war’. Known as the desaparecidos, these political dissidents – often young people – vanished from their lives. Kidnapped and murdered by the military dictatorship, their deaths were never recorded, leaving their families to live with the uncertainty of not knowing what happened to them. During my time in Buenos Aires, a former Argentinian naval officer was tried in Spain and jailed for 640 years for throwing prisoners, drugged and naked, from planes into the Atlantic. 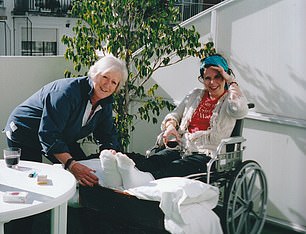 Like many tourists, I had seen the Mothers of the Disappeared in the Plaza de Mayo, the city’s main square, where they circled in front of the presidential palace each Thursday. Wearing white headscarves and clutching photographs of their missing children and grandchildren, they were a reminder not only of the recent horrors in the country’s history but also the enduring power of human love; how families do not forget when the rest of the world has. My own abduction was an entirely different matter. But it is strange to think that I, too, could have disappeared.

I was flown home on a stretcher and spent the early days of my recovery in my mum’s house in South Wales, where I replayed the attack in my dreams. Initially, I was focused on physical recovery – moving from my wheelchair to crutches then learning to walk again – but as I became physically stronger, the psychological symptoms got more out of control. I relived the ordeal constantly and began to panic about ordinary things. I saw danger everywhere and my ability to distinguish true risk from innocuous events disintegrated. My paper shredder started smoking and I thought it was going to burn the house down. I hated enclosed spaces or strangers in my personal space. In my fears and flashbacks, I lived other versions of my attack in which I didn’t retain control, in which there were two men or more, in which I didn’t get away.

Someone helped, though: a small jack russell. At just seven weeks old, Chota appeared on our doorstep – she’d got lost on a rabbiting trip from a neighbouring farm. At her size, she was lucky to have made it through the frosty November night and I found a kindred spirit in this fellow survivor who, like me, had nearly disappeared from the lives of those who knew her. When we discovered where she’d come from, we went to buy her from the farmer, but he took one look at the puppy nestled in my alpaca shawl and said: ‘You can keep her – we thought she’d died.’ Having something else to cherish and focus on made all the difference. By December, I was strong enough to start dancing again, and by the following year, I’d returned to my work as a journalist.

My narrow escape continued to haunt me, however, and I thought a great deal about the terrible not-knowing endured by relatives of the missing – the years spent in limbo, the lack of closure. I considered what that sort of grief and uncertainty would have done to my family.

I’d grown up on stories of women who disappear out of the blue. Rebecca by Daphne du Maurier was my favourite novel in my early teens – an absent woman at its heart. Then there was Laura Palmer in Twin Peaks – the cult TV series in the early 1990s. In my 20s, on a Hitchcock binge, I watched The Lady Vanishes, in which an elderly woman disappears on a train. I still read such stories, but I’ve realised how thin the line between our world and theirs can be. As an antidote, perhaps to comfort myself, I began to consider what would happen if someone who had vanished seemed to mysteriously reappear. These ideas made for the beginnings of my first novel, The Girl Before You, in which Ruth, who was thought to have drowned 15 years previously, is spotted by an acquaintance on a train.

I don’t favour neat conclusions in fiction or in life. I’m not sure that you ever fully recover from trauma; it becomes part of who you are. I’ll never enjoy taking taxis or being in enclosed spaces, but on good days I can tolerate both. One positive thing that has endured from my time in Argentina, though, is my love for the tango. I’m still working as a dance writer. Overall, the abiding emotion I have about the attack is gratitude: that I escaped; that my uncle never had to call my mother to say that I’d never returned to my hostel. Sometimes people ask me: ‘What do you think he wanted to do with you?’

I am grateful every day that I never found out.

Last night, as I fell asleep, I dreamed I was wild swimming in the River Monnow – something I love to do. In the dream, my hand was grabbed by a ghostly girl swimming deep beneath the surface. On waking, I realised she was the ‘me’ who didn’t escape. In my imagination, at least, she’ll always be there.