The North vs The South: Which team wins FIFA 18 showdown?

It is the eternal debate. The North or The South? Cold weather or slightly less cold weather? Pie with peas or with mash and jellied eels?

Romelu Lukaku put it in footballing terms this week when he called for a Premier League All Star game. The Belgian wants to pit the two halves of England against one another.

So Sportsmail decided to put it to the test. Who would win out in a game between the two sides. Dressed in the garb of the highest ranking team from their region, the North and South lined up at a snowy Wembley for this match to end all matches.

Before you ask, we had to assign players to real clubs. Manchester City and Tottenham were the most represented team for each region…

There were maverick choices by the North manager. Lukaku, the mind behind the event, was left out of the North squad. Meanwhile, Benjamin Mendy impressed enough in his short spell of fitness to earn a place.

The South plumped for, in the main, a combination of Chelsea and Spurs players for their starting line-up. There was also a surprising place for Abdoulaye Doucoure on the bench. What a decision that would turn out to be.

A high-energy opening ten minutes was better defined by crunching tackles than any real opportunities. Kyle Walker left a reducer on Eden Hazard that spoke for centuries of cultural strife between the two teams. 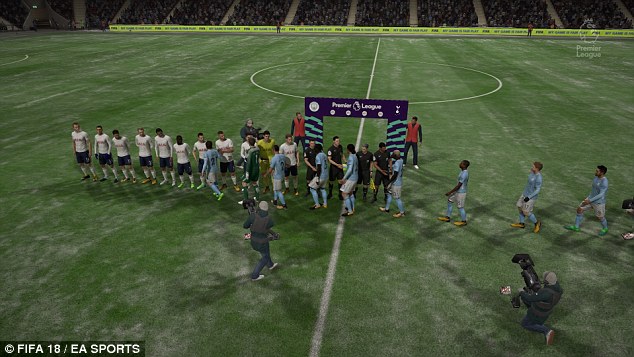 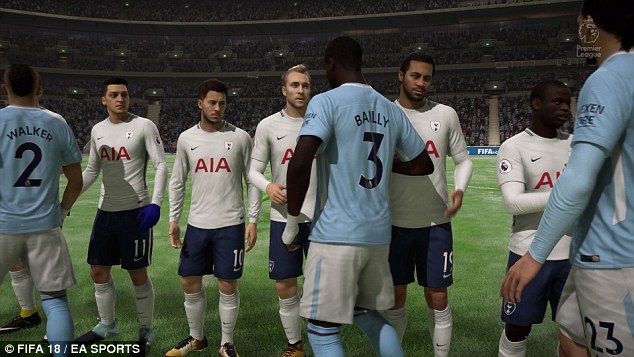 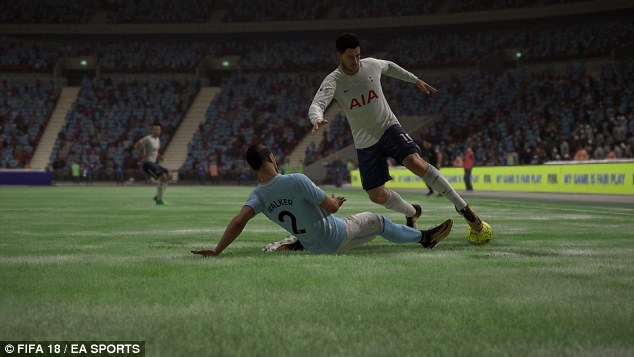 Kyle Walker, representing the North, puts in a bone-crunching challenge on Eden Hazard 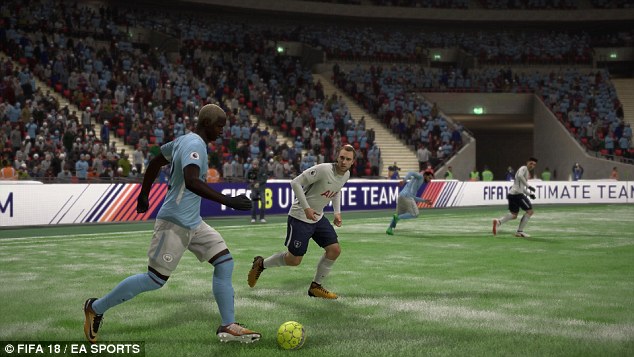 Benjamin Mendy, strides forward with the ball but is closely tracked by the South’s Eriksen

It was Walker’s North who crafted the first opportunity of the game. Ilkay Gundogan picked up the ball about 30 yards into the South half. A neat bit of interplay with Kevin De Bruyne saw him released into the box.

With Jan Vertonghen and Toby Alderweireld tracking – and getting drawn in – a simple pass put Sergio Aguero in space with only Thibaut Courtois to beat. But the big Belgian got down well and palmed it into the floor, with the ball then luckily flying over the crossbar.

A series of chances from North corners were spurned before a South counter attack. After a niggly foul, Eriksen whipped in a free-kick, and Harry Kane’s shot on the turn was only just dragged past the post.

The South rose again. A minute later, Eden Hazard cut inside on his right before curling a shot over the angle of post and bar.

That seemed to be the last chance of the first-half. The game broke down. Toby Alderweireld picked up a yellow card for pulling back De Bruyne in midfield.

Then the ball fell to Ilkay Gundogan in the area after a pass by Mohamed Salah. It seemed easier to score than miss, but Gundogan was on his weaker left foot and dragged it wide of Courtois’ upright. 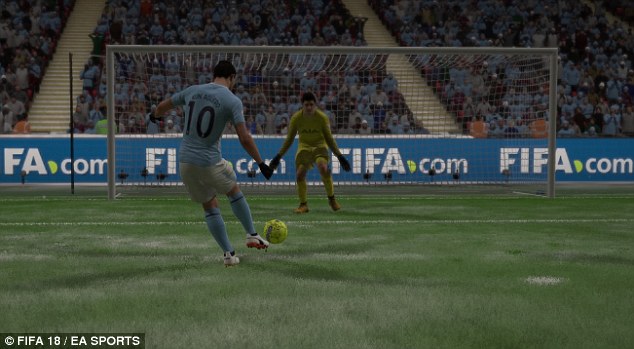 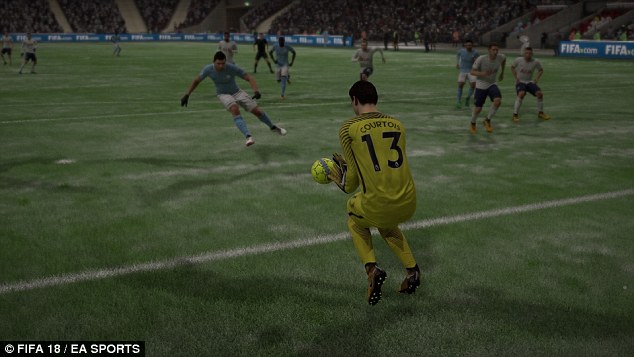 With the game still deadlocked, the big Belgian was relieved to block a poor shot from Aguero 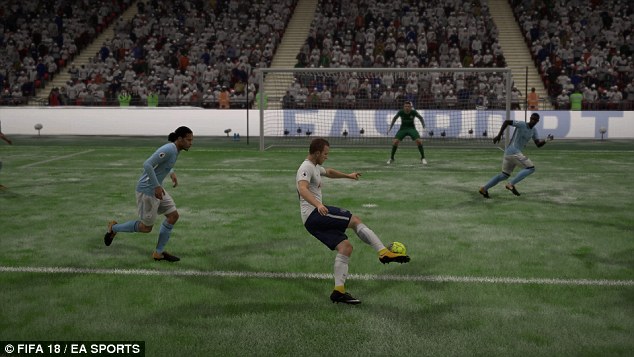 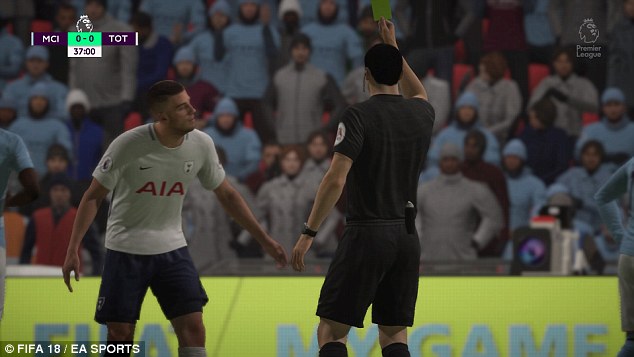 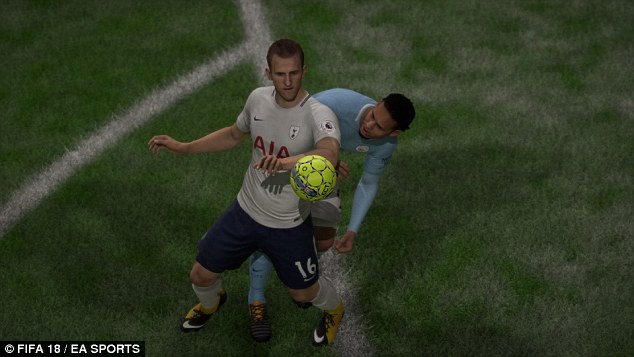 After the break, with Kane struggling to get into the game, the South striker resorted to a pot shot from range. It was less off target than the distance would usually suggest, but spoke for his side’s frustration.

Kane would then have been disappointed to have been substituted off by the South’s manager after winning a corner through hard battling. But it was that change that brought about the game’s only goal.

Pierre-Emerick Aubameyang, a new arrival in London and one probably not educated on the North/South divide, was Kane’s replacement. As the game threatened to peter out, Doucoure, another substitute, played a perfectly weighted through ball to him.

Aubameyang took one touch to steady himself before firing home past David De Gea. 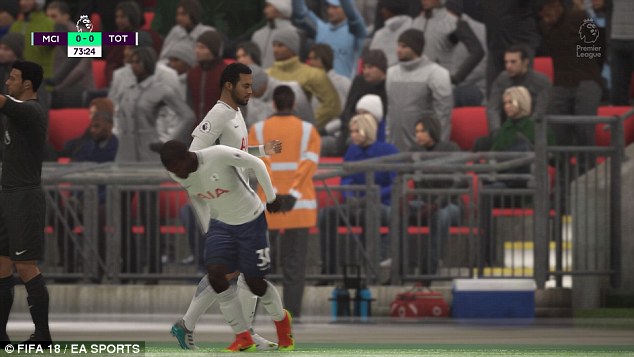 The South rang the changes after the break, with Abdoulaye Doucoure replacing Dembele 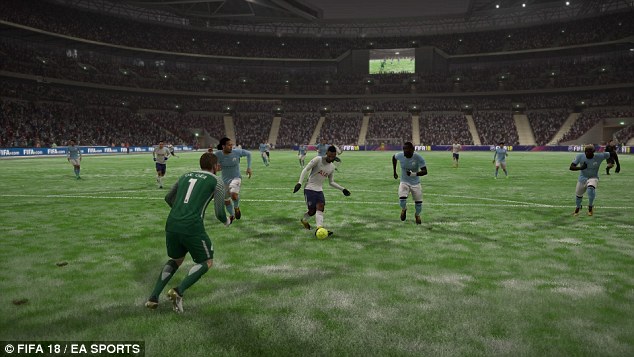 The substitutes combined when Doucoure fed through Pierre-Emerick Aubameyang 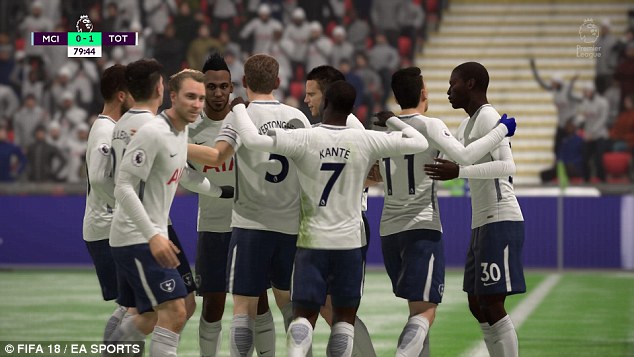 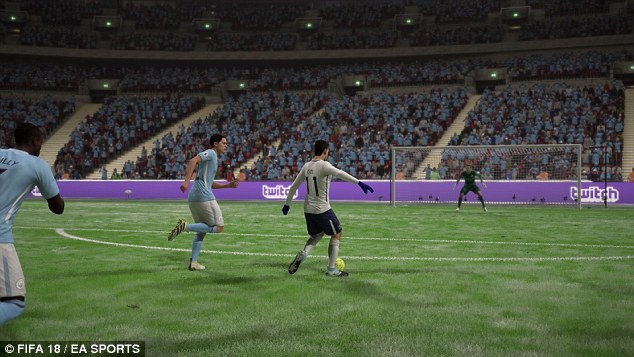 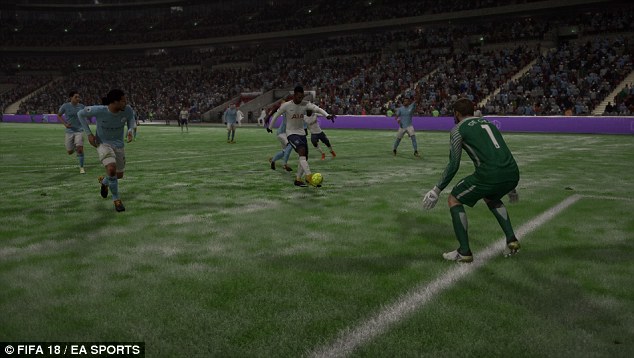 Then Aubameyang did double the advantage in the 86th minute, poking home for his second 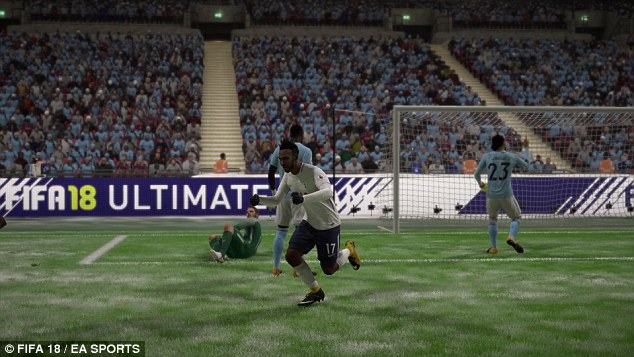 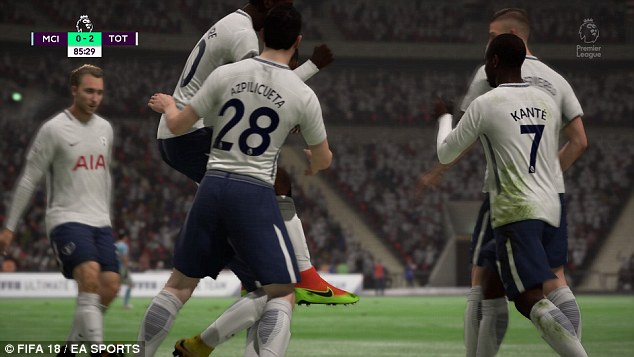 It could have been two only moments later. A long punt from Courtois was nodded on by Aubameyang. Doucoure, a tremendous influence since his introduction, fed it onto Mesut Ozil. The German’s long-range effort had to be tipped wide by De Gea.

Not that it mattered. A Christian Eriksen corner was headed away by De Bruyne. Azpilicueta won the ball on halfway before playing it into Doucoure. Again, the substitute played the perfect pass, sliding in Aubameyang. The Gabonese forward was never going to miss.

There was time yet for a consolation for the North, Salah sent through by Aguero before a simple finish.

The score and the feud was settled though. In this all-star clash of disparate regions, the South won out. 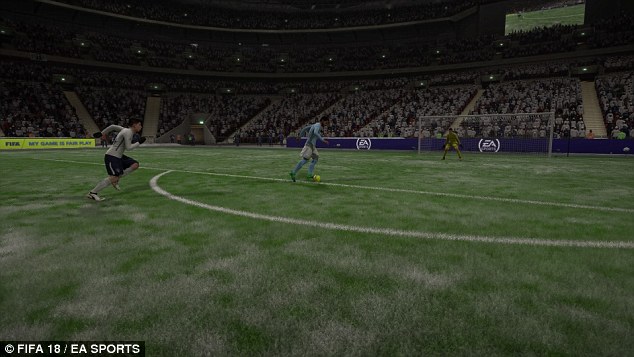 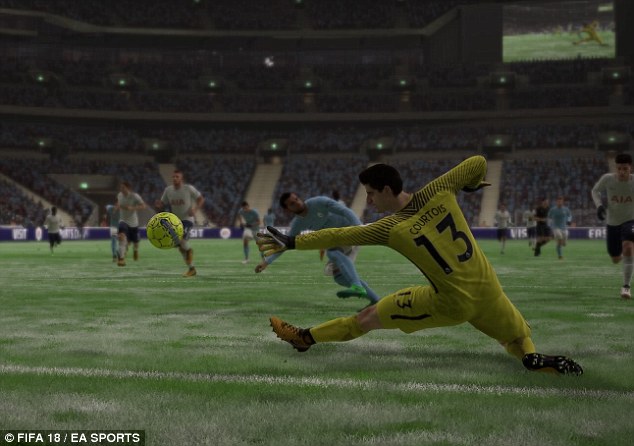 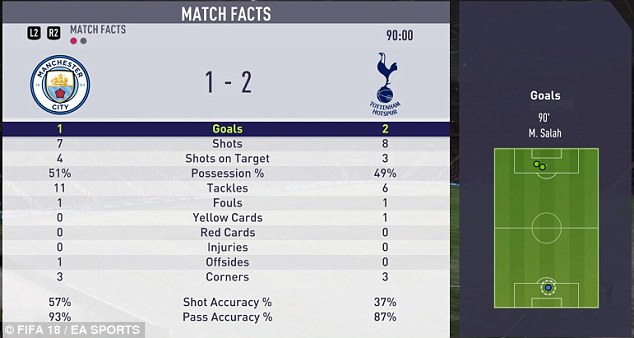