It was one of the most charming scenes of the television series Victoria and painted a little-known picture of the domestic life of the monarch. As the Queen and Prince Albert breakfasted with their children, they flicked through etchings they had created in the early years of their marriage.

‘What fun we had doing these,’ says Victoria, who was played by the actress Jenna Coleman. ‘Look at this one. How young you look, Albert.’

‘That was before I was the father to seven children,’ quipped Albert, played by Tom Hughes.

The display ‘At Home: Royal Etchings By Queen Victoria And Prince Albert’, opens in July and contains 20 etchings by Victoria and Albert of their children, pets and literary scenes

Turning to her oldest daughter, Victoria says: ‘That is you when you were a baby, Vicky.’ ‘Who’s that nursemaid holding me?’ Vicky replies. ‘That’s me silly,’ retorts Victoria. ‘No, Vicky’s right,’ says her sister Feodora, the actress Kate Fleetwood. ‘You don’t look like a queen at all.’

Now visitors to the British Museum can decide for themselves, as the etchings are going on display for the first time, proving that, in some cases, as Oscar Wilde famously wrote, ‘life imitates art’.

Victoria personally kept the drawings and they remained in the Royal Collection until 1926 when her grandson George V donated them to the museum. They have now been brought out of the archives to celebrate the 200th anniversary of the couple’s births.

The display ‘At Home: Royal Etchings By Queen Victoria And Prince Albert’, opens in July and contains 20 etchings by Victoria and Albert of their children, pets and literary scenes.

Etched at Windsor and Claremont, the country house in Surrey where they had a retreat from the bustle of court, they open a window into the domestic life of the monarch and her relationship with her husband and family. 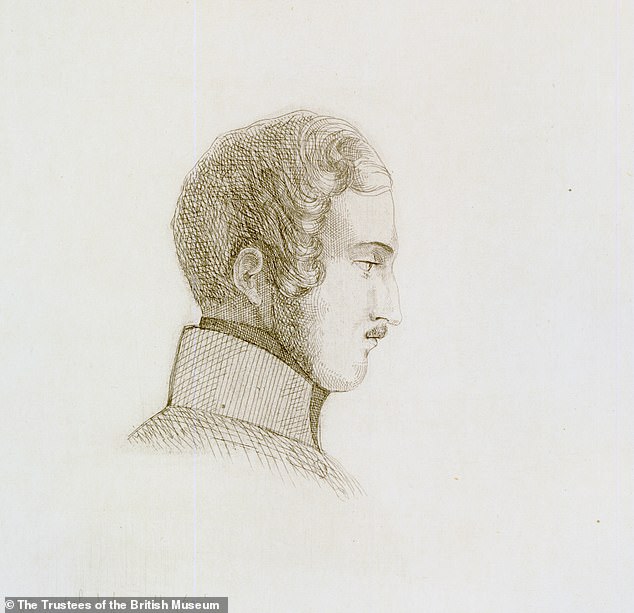 BY VICTORIA: Victoria’s etching of Albert in 1840. Victoria and Albert became the subject of a court case over privacy after the couple discovered that their printer had been selling impressions of the etchings to the public 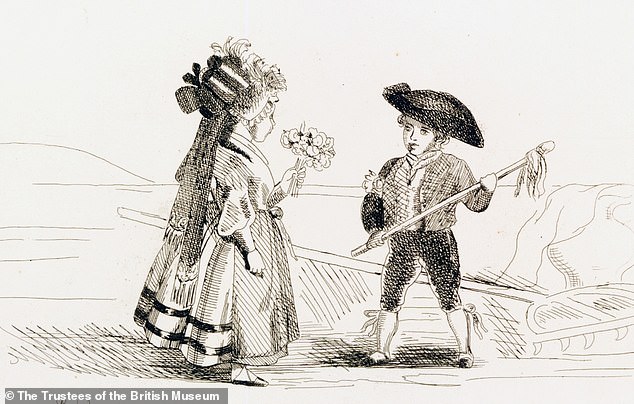 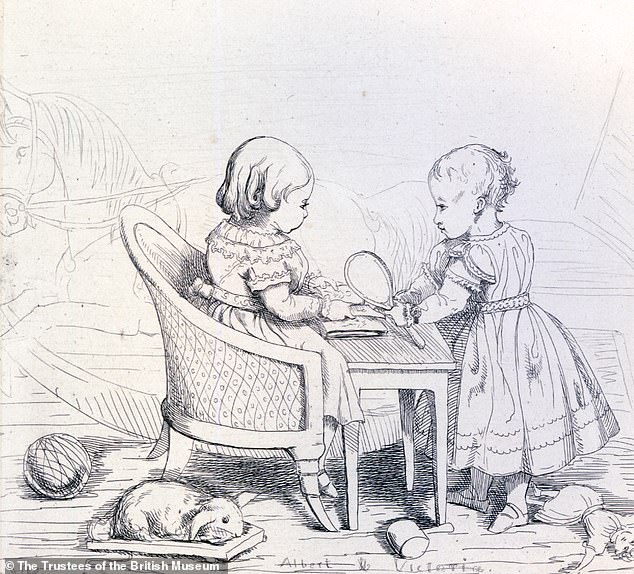 Interestingly, Prince Albert based some of his etchings on drawings by Victoria, showing how close they were. Others depict their growing brood of children and their beloved dogs. They also show an interest in the theatre and German literature – Albert was German – and there are illustrations of scenes from German author Goethe’s novels.

Sheila O’Connell, curator of prints and drawings at The British Museum, says, ‘The television series tends to reflect Victoria and Albert as being rather intense, but they were very happy in the early years of their marriage.

‘I don’t think it’s very well known that they were keen on etching. It’s certainly not the first thing one thinks of. Of course, being Queen, Victoria could work with the great artists of the day, who could show her their techniques. Albert was a better artist but sometimes he’d been etching from a drawing she’d done, or the other way around, which is very nice because it shows how much they worked together. My favourite is the one of Vicky getting into the bath because it shows that Victoria was an affectionate mother. There are things she says in her diaries which show how incredibly fond she was of her children – “I read a dispatch and then went up to see the baby”. She obviously fitted domestic life around her duties.’

The etchings also reveal that the Royal Family’s artistic streak stems from Victoria and Albert: the Duke of Edinburgh painted a loving image of his wife entitled The Queen At Breakfast in 1965 and it has been in the family’s private collection ever since.

Prince Charles is a keen painter – he describes himself as an enthusiastic amateur, but his watercolours are respected in the art world and have raised more than £2 million for the Prince of Wales’s charitable foundation.

And Prince Harry did an A-level in art, which notoriously led to him being accused of cheating. His former teacher at Eton had claimed that she helped him cheat on his course work, but the exam board later cleared Harry of any wrongdoing.

He is also a keen collector of art: in a romantic moment, he bought the diptych Everybody Needs Somebody to Love by the artist Van Donna when he began dating Meghan Markle. 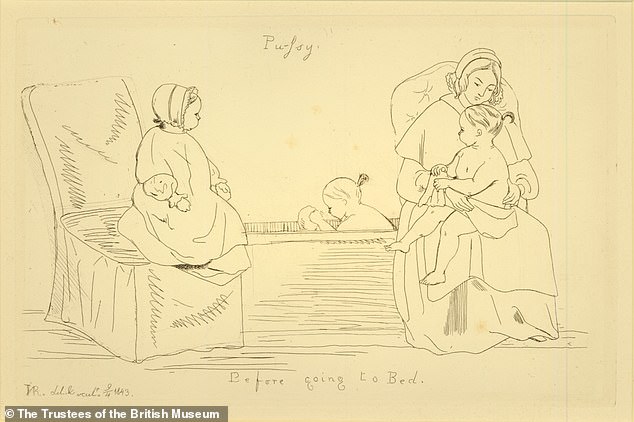 BY VICTORIA: Three studies of Princess Victoria and her nurse, 1843 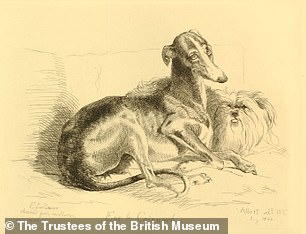 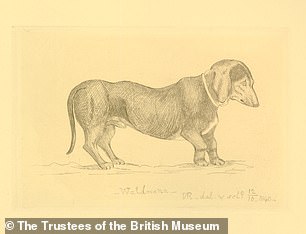 And, in another parallel with the Royal Family, Victoria and Albert became the subject of a court case over privacy after the couple discovered that their printer had been selling impressions of the etchings to the public. They had entrusted the copper plates to John Brown, a printer in Windsor, in order to make copies for their friends and family. But one of Brown’s employees sold a set of 63 prints for the princely sum of £5 to writer Jasper Tomsett Judge, who planned to exhibit them publicly. After creating a catalogue for the exhibition, which was printed by his publisher William Strange, two copies were sent to Windsor Castle, for the royal couple to look at.

However, instead of approving the exhibition, Prince Albert went to the High Court and was granted an injunction for the surrender of the etchings, prohibition of the exhibition and banning any publication.

‘It goes to show that there has always been huge interest in the Royal Family, and concerns over privacy are nothing new,’ adds O’Connell. ‘The media’s appetite for stories on Queen Victoria was not that different to what we see today with William and Kate and Harry and Meghan.

‘Then as now, the royals have to manage that delicate balance of doing their job and maintaining their privacy. Perhaps what is different is a willingness to share their love of art.

‘While Victoria only intended for her etchings to be seen by close friends and family, Prince Charles, who is a keen painter, has been happy to sell his work to help the charities he supports.’

‘At Home: Royal Etchings by Queen Victoria and Prince Albert’, opens at the British Museum on July 18