Almost 500 people have now fallen ill after a norovirus outbreak on a Royal Caribbean cruise ship this week.

On Thursday, the number of people struck down by norovirus climbed to 475.

The huge cruise ship changed course Thursday to its home port at Port Canaveral when 277 passengers were found to have contracted the virus.

Royal Carribean International’s Oasis of the Seas, which is on a seven-day Western Caribbean itinerary, had to cut the trip short by a day.

Passenger Shawn Popeleski told The Orlando Sentinel that the ship’s crew informed them that roughly 475 people have now been affected by the outbreak.

About 100 people who are still showing symptoms of the illness have been quarantined in their cabins, according to the Orlando Sentinel.

Norovirus, also known as the ‘stomach flu’ is highly contagious and spreads on contact.

Outbreaks are common in the United States especially during winter months from November to April.

Passengers did not disembark on their second port of call, Falmouth, Jamaica, and will skip a planned stop in Cozumel, Mexico.

The 6,285-passenger ship will return to Port Canaveral on Saturday afternoon.

By Friday afternoon, passengers were notified via a shipwide announcement that the number of people affected had climbed. 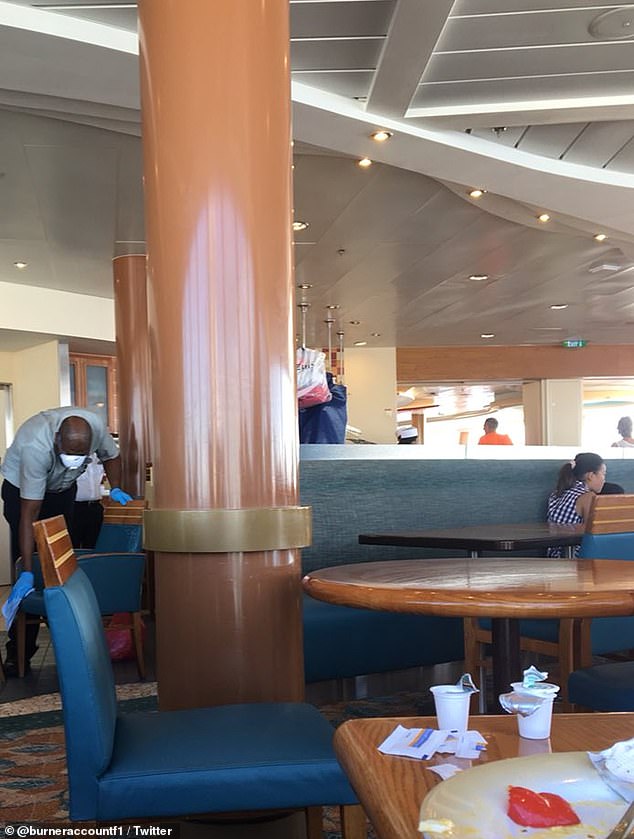 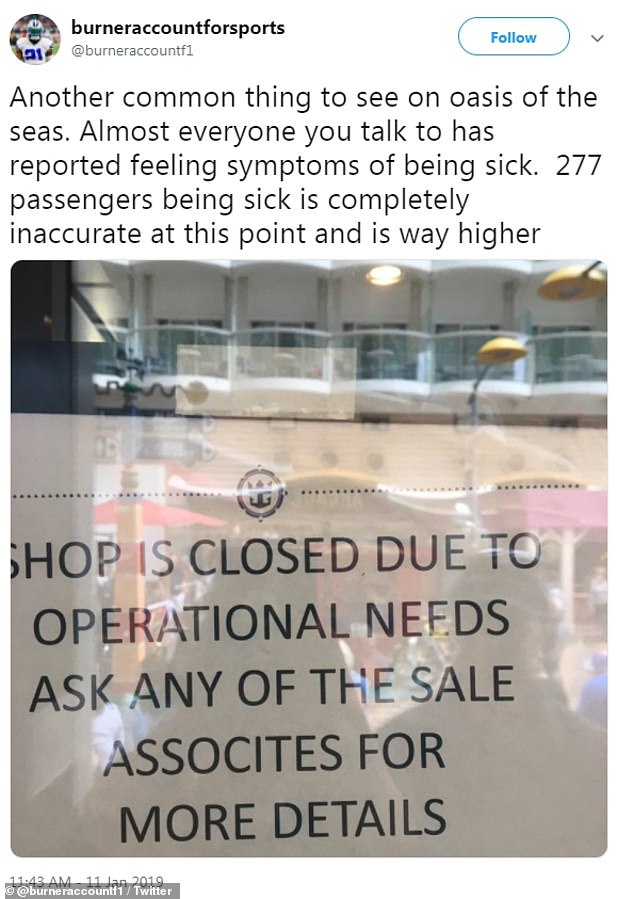 ‘You might have noticed that we are everywhere in the media when it comes to our outbreak here, which is most likely norovirus,’ the announcement said, according to a video sent to the Orlando Sentinel by passenger Shawn Popeleski.

‘The latest that I can share with you here is that we have had a total during the cruise here somewhere around 475 people affected’.

About 100 people who are still exhibiting symptoms of norovirus are quarantined in their cabins to stop the spread of the illness.

Erica Sattler, a 22-year-old passenger from New York who is celebrating her mom’s birthday on the ship, said she and her family support the cruise line’s decision to cut the trip short.

She told the Orlando Sentinal: ‘With so many sick people I don’t think that anyone objected to us heading straight back.

‘We just hope that everyone gets better soon and that nobody else gets sick’. 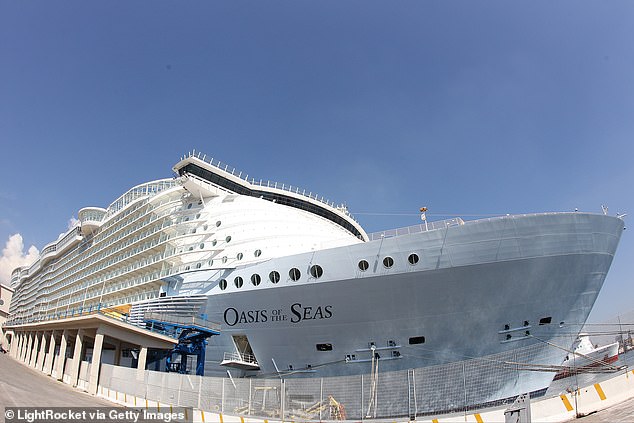 The 6,285-passenger ship will return to Port Canaveral on Saturday afternoon

Royal Caribbean is giving all passengers a full refund for the inconvenience.

‘The crew is handling things on the ship so well and they’re going above and beyond to take care of us and not make this a miserable time despite the circumstances,’ Sattler said.

Cruise ships are required to report outbreaks of norovirus to the Centers for Disease Control and Prevention any time the number of passengers affected surpasses two percent of the total count.

According to the Centers for Disease Control and Prevention, norovirus is a type of gastrointestinal illness and is ‘very contagious’.

Symptoms include stomach pains, nausea and diarrhea, according to the CDC. Although it is highly transmissible, the illness is ‘relatively infrequent on cruise ships’, the CDC states.