Revealed: The five numbers most likely to win YOU the $30million Lotto jackpot – and the ones to avoid

The numbers most likely to help you win the $30million lottery jackpot have been revealed.

The Tatts Group has given away the most frequently drawn balls over the past five end-of-year Megadraws, with prime numbers featuring prominently.

The last Saturday Lotto for 2018 stands at $30million and Australians have until 7.30pm AEDT on Friday to buy a ticket.

The odds of winning the big Lotto prize are rated at one in 8.1million by global lotteries group Lottoland.

While the probability is remote, the Tatts Group has revealed the most drawn numbers from the past five Megadraws, where a huge, one-off prize is offered at the end of each year.

The Tatts Group’s lottery subsidiary, The Lott, is expecting one in three Australian adults to buy a ticket this year.

The Lott spokesman Matt Hart said 16 millionaires were crowned after last year’s Megadaw and he is expecting a ‘last minute rush’ on Friday night.

‘Whether you have a ritual of marking your entry with loved ones’ birth dates, anniversaries, and ages, or you prefer to keep it random every time and get a QuickPick, the numbers matter,’ he said. 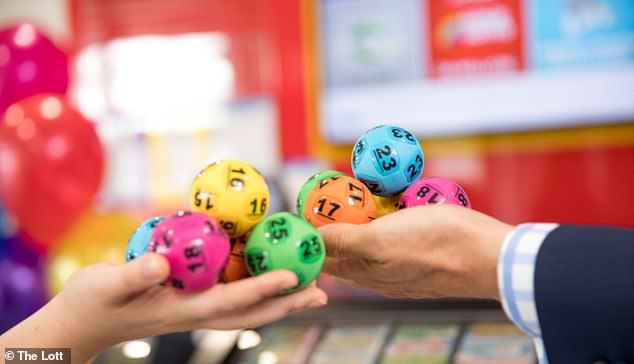 In 2018, the Monday, Wednesday and Saturday Lotto draws have turned 177 people into instant millionaires across Australia.

In July, a lottery jackpot winner in Melbourne stepped forward to claim a $55million Powerball jackpot prize just seven days before the fortune was to be forfeited.

The Lott had spent more than five months desperately asking the winner to claim the prize from a January 11 draw.

Australia’s lottery record was set in January 2016 when grandparents from Hervey Bay, north of Brisbane, won a $70million Powerball jackpot.