The NSW government has fined drivers almost $28 million in the last financial year for breaking a simple law behind the wheel.

Data from Revenue NSW has revealed less than 50 per cent of motor vehicle owners adhere to 40km/h speed limits in school zones.

Hundreds of other drivers have also been nabbed using mobile phones near schools. 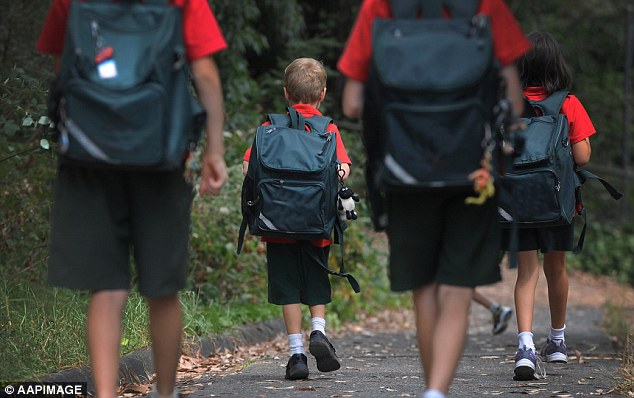 In a disturbing development, drivers continue to act recklessly in school zones, with the NSW government collecting $28 million from driver infringements (stock image)

More than half of the 105,800 fines issued for offences in school zones in the last financial year were for exceeding the speed limit by 10km/h an hour or less.

Roughly 20,000 people were out of pocket after disobeying a no stopping or no parking sign near a school and almost 8700 were pinged for stopping in a bus zone.

A disturbing statistic was close to 650 drivers, including 50 learner or provisional drivers, were caught using a mobile phone in a school zone during 2017 and 2018.

Another 153 mobile phone offences have been recorded since July this year.

According to the Sydney Morning Herald, the school zones where the most fines have been issued include the Princes Highway in Kogarah, near Kogarah Public and Kogarah High schools. 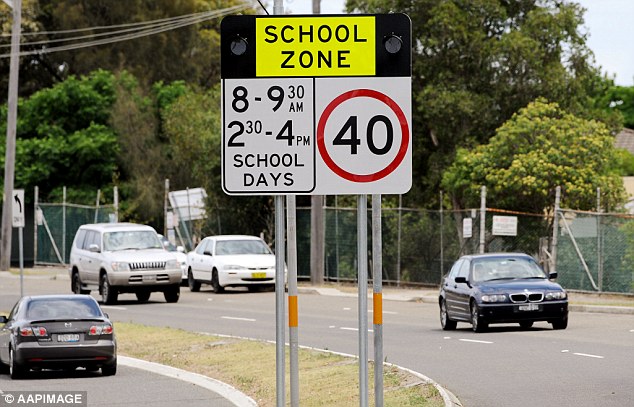 There were also 4427 infringements chalked up on Woodville Rd in Chester Hill in Sydney’s west and 4294 on Victoria Rd in Ryde, a suburb in north-west Sydney.