Skateboarders might be the only group in society sad to see the end of the coronavirus lockdown.

For the past 10 weeks Australia’s capital city streets have been turned into giant skate parks, providing a once in a lifetime opportunity for urban boarders.

One Sydney skate shop said business has been booming since the stay-at-home orders were introduced in March.

For the past 10 weeks Australia’s capital city streets have been turned into giant skate park. Pictured: Australian skateboard sensation Aimee Massie is pictured in front of the Sydney Harbour Bridge 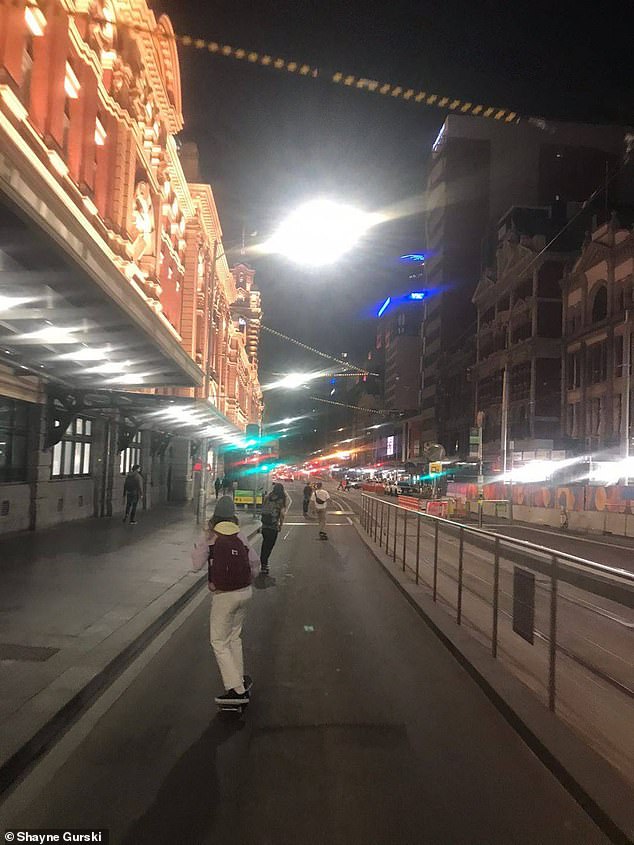 Skateboarders are pictured cruising along a normally busy Melbourne street, which is now deserted due to the coronavirus lockdown

‘We’ve seen a new form of customer getting into skateboarding – often adults looking to get some ‘essential exercise’ with their kids,’ Ryan Nicholls, the manager of Sydney’s Basement Skate shop told Daily Mail Australia.

‘With the lockdown there have been a lot of people that just thought now is the right time to give it a try.’

While new skaters were pushing off for the first time, more experienced riders saw the deserted streets as a dream scenario.

‘I just knew the city was going to be empty and I thought there probably won’t be too many securing guards to kick me out either,’ Australian Olympic hopeful Aimee Massie told Daily Mail Australia.

The once fringe sport was set to make its debut at the 2020 Tokyo Games before it was postponed until 2021 due to the deadly pandemic.

Ms Massie had been traveling the globe over the past year trying to gain enough points to qualify for the historic event. 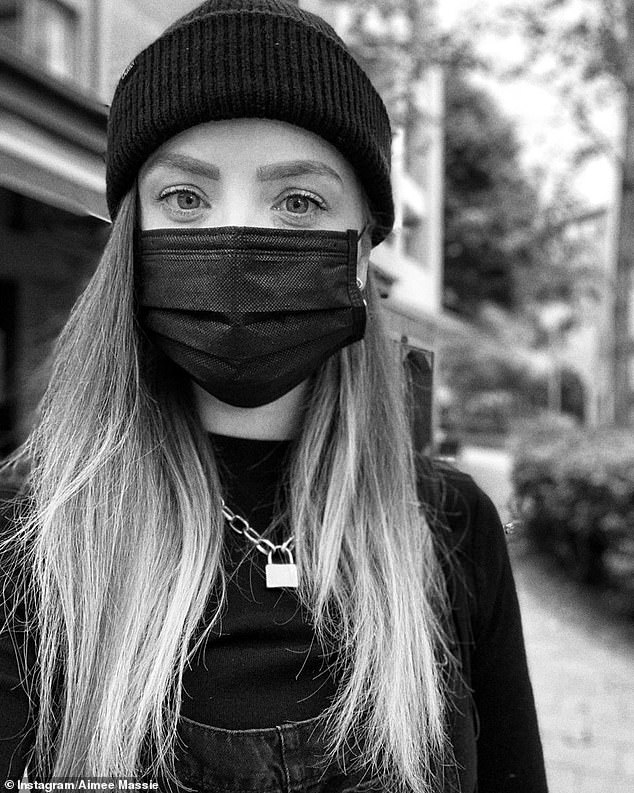 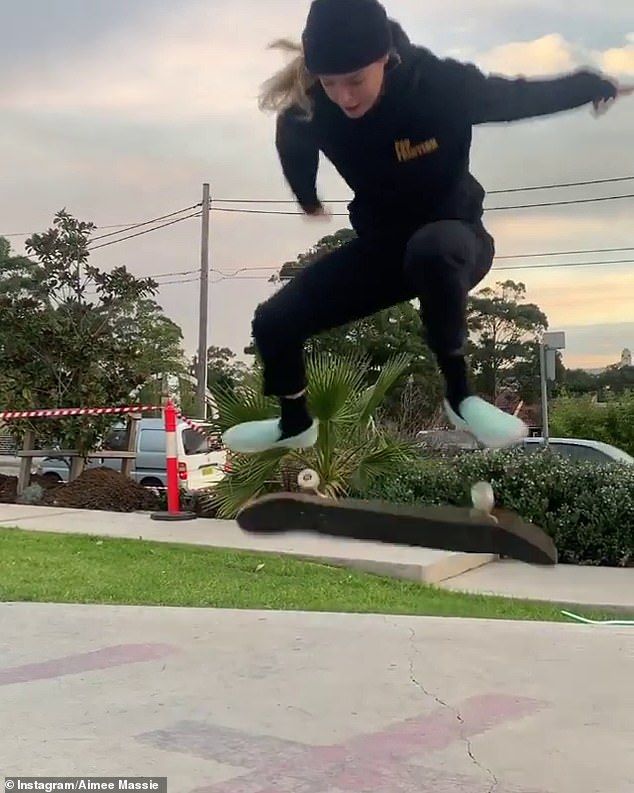 ‘In the 80’s and 90’s nobody had these amazing skate parks. The streets were the skate park,’ the 28-year-old said

‘It was crushing because it’s something you work really hard for, something you have been training for, for two years,’ the 28-year-old said.

Despite the Olympic postponement and the federal government-ordered closure of all Australia’s skate parks, Ms Massie said she knew she’d still be able to do what she loves.

‘In the 80’s and 90’s nobody had these amazing skate parks. The streets were the skate park,’ she said.

‘So I always knew I had the streets, no matter what.’

With laws around skateboarding for exercise somewhat unclear under the strict lockdown measures, Mr Estigoy said he wasn’t sure whether he could head outside.

According to the rules, skateboarding for exercise or transport was permitted, but riding for recreation was not.

‘When I saw people riding bikes around I thought, this is my form of exercise and it’s also my work because I need to get footage for sponsors,’ he said.

‘A lot of smart skaters would go out with a group of two – just a skater and a camera – to get footage because it was so empty.

‘I ran into heaps of other skaters because they all had the same idea.’

‘Cruisers and longboarding has really picked up too, because people are thinking when they go back to the office they probably don’t want to use public transport given the virus,’ he said.

‘A lot of people aren’t in it for just the tricks, they’re looking at skateboards for cruising and going to work, so it’s a whole new group of people.’

With the restrictions on skate parks now eased and more workers heading back to the office, Mr Nicholls believes the 2020 pandemic will be reflected on as a pivotal time in the sport’s history.

‘It reminded me of that time and with no cars or pedestrians, I think it made it really exciting again for some skaters.’