The One Show slammed for hypocrisy over plastic waste

Viewers have slammed the The One Show after it ran a segment about the scourge of plastic before releasing hundreds of balloons from the top of a theatre inLondon.

Introduced by co-hosts Matt Baker and Alex Jones, it highlighted the importance of recycling and the damage the material can cause to the planet’s marine wildlife.

‘We have a huge problem with plastic waste,’ says co-presenter Matt Baker in footage from tonight’s episode.

The six-minute clip then cuts to The One Show studio and an interview with Take That, whose musical The Band is set to arrive in the West End later this year.

However, to the bemusement of viewers the chat show went on to air another prerecorded video, this time filmed at the Theatre Royal Haymarket in London – venue for the boy-band’s production.

The cast of The Band and Take That are seen repeatedly letting off hundreds of multi-coloured helium balloons from the top of the building while performing a medley of songs.

As the band finishes, cannons blast confetti into the air. Crowds gathered in the street below cheers and clap.

But viewers at home were less enthusiastic.

Many took to social media to express their outrage at the hypocrisy of the show’s decision to run a segment on waste plastic.

Fans who had tuned in for the evening’s broadcast described the decision as ‘ignorant’ and ‘shameful’.

Others encouraged the BBC show to ‘sort it out’ and branded both the presenters and band ‘airheads’. 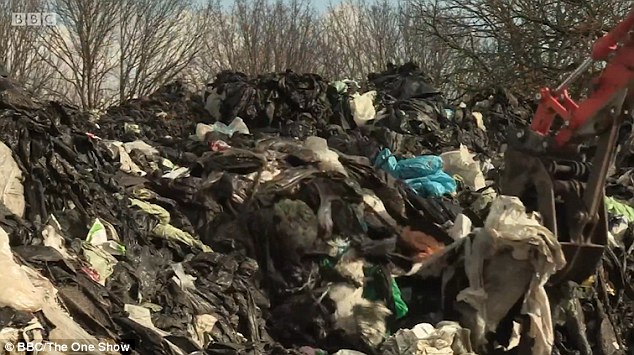 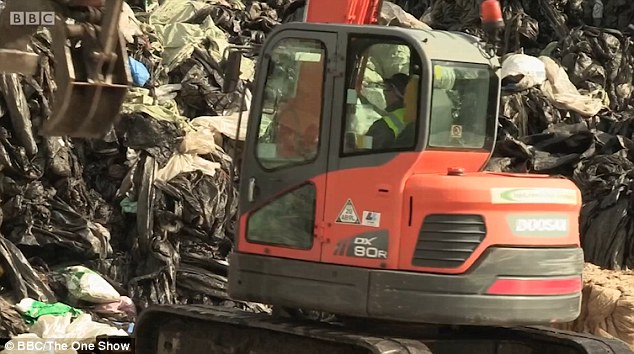 One irritated user took to social media, saying: ‘Disgusting to see a balloon release on tonight’s show. They kill so much wildlife.’

Their post was accompanied by a picture of a seagull, strangled by a limp balloon.

Another added: ‘The One Show banging on about plastic waste then having a balloon release over London. Couldn’t make it up.’

Linda MacDonald wrote: ‘Shocked to see a big balloon release behind the cast of Take That the Musical with Gary Barlow. Are we still not getting the message? So unnecessary.’ 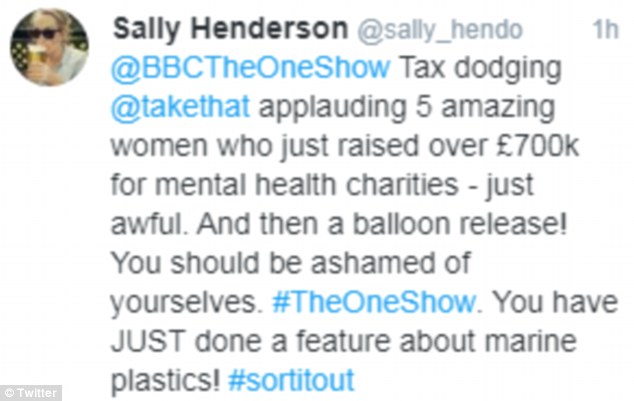 Another user remarked: ‘Funny how we don’t mind people littering as long as it’s full of helium. When will this pointless practice be banned?’

The RSPCA said: ‘Balloon releases threaten wildlife, even balloons marked as degradable may take a number of weeks to degrade but it only takes a second for an animal to swallow a balloon.’

After the departure of Robbie Williams, Take That became a three-piece featuring Gary Barlow, Howard Donald and Mark Owen.

In 2014 it was revealed the band and their manager Jonathan Wild faced a multimillion-pound tax bill for attempting to shelter £66million in a tax-avoidance scheme called Icebreaker.