The outfit a gym-loving Aussie says gets her filthy looks at Woolworths – is it appropriate?

This is the outfit a gym-loving Aussie claims gets her filthy looks at Woolworths – so do you think it’s inappropriate?

An Australian personal trainer has revealed she is constantly receiving dirty looks from other shoppers over her sporty supermarket outfits – full length leggings and a sports bra.

Melbourne-based Sophie Allen said she is disappointed that women are still being judged for their clothing choices, with her TikTok video about the ‘disapproving looks’ looks she gets while shopping in a sports bra and activewear going viral.

Ms Allen said the looks she gets in supermarket aisles make her feel ‘uncomfortable’, and has received both support and criticism for her stance on the right to bare arms and a midriff.

WOULD YOU WEAR SOPHIE’S OUTFIT TO THE SUPERMARKET?

‘The hate you get being a female wearing a crop top in the supermarket just hits different,’ Ms Allen, 31, wrote on the footage, which has been viewed more than 1.8 million times.

‘It happens anytime I go into a supermarket after a training session in my crop. It’s so disappointing that in 2022 women are still being judged for their choice in clothing,’ she told News.com.

‘It feels frustrating that we’re still expected to look, behave and present ourselves in a certain way to be deemed “acceptable” by society.’

While she said she doesn’t get nasty comments about how she dresses, she does get ‘disapproving looks’ from strangers in the supermarket.

‘The kind that make you feel uncomfortable just from an energy exchange perspective,’ Ms Allen said. 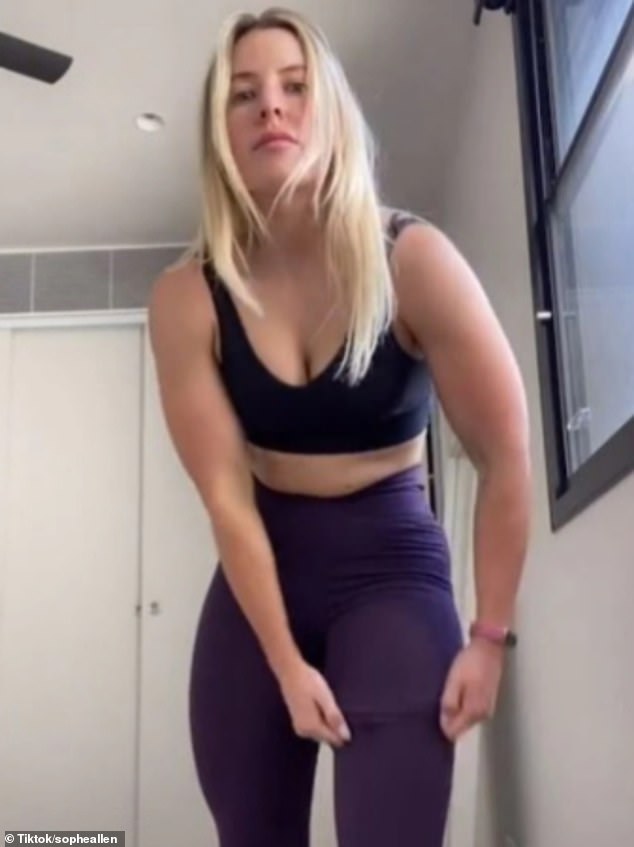 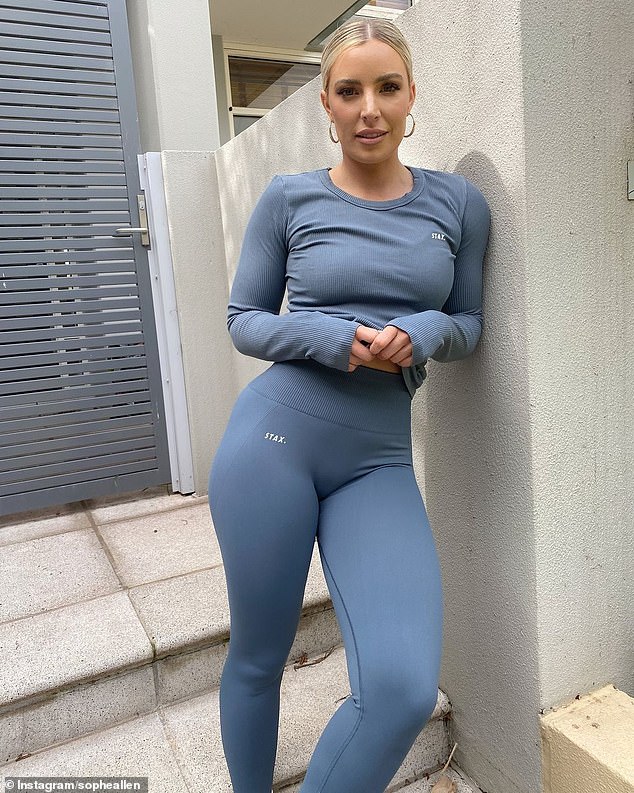 She may not get mean comments in her local Woolworths, but some posters to her TikTok account were not so kind.

‘Yes there are basic dress standards even for you which includes wearing a shirt,’ wrote one snarky commenter.

Another said: ‘Wait so you put your phone on the shelf and then acted like you were shopping?’

‘It might be because your (sic) treating a public space like a private space. Have respect for other people when your (sic) out. It’s not all about you,’ said another commenter. 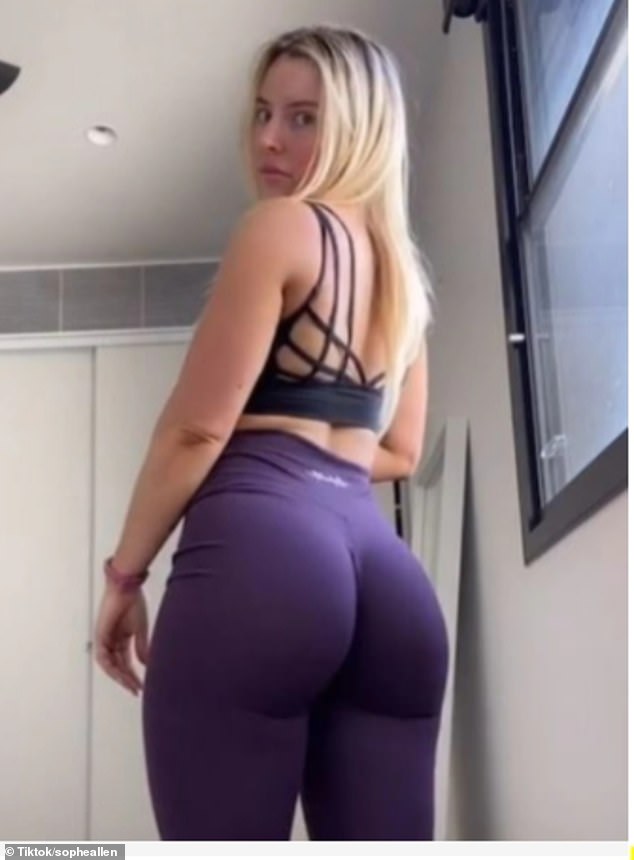 There was also plenty of support for Ms Allen, though, including compliments on her looks.

‘If wearing a sports bra makes someone uncomfortable, they are the problem,’ another wrote.

Some commenters seemed to be having an each way bet on whether they approved or not, though, such as the one that said: ‘I mean it makes sense. It’s like wearing a bathing suit to go to the movies. The outfit just doesn’t match the location so the granny’s (sic) get confused.’

Some women also shared their own experiences of wearing similar gear while shopping.

‘YES, I go grocery shopping every Saturday after the gym and the looks I get,’ one said. 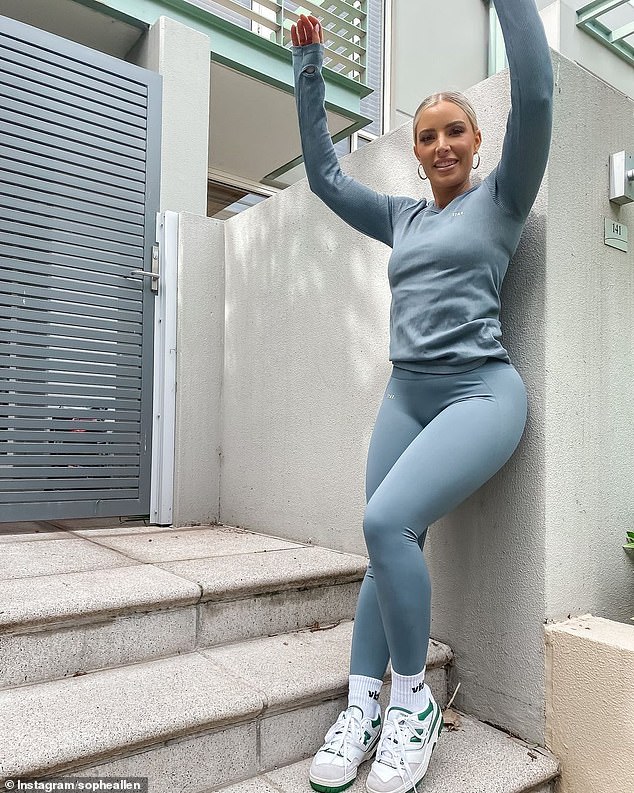