Firefighters responding to an emergency call-out were stunned to find it was just a parrot impersonating a smoke alarm.

The parrot’s owner, Steve Dockerty, 63, was left baffled when fire crews banged on his door investigating a reported blaze at his house on Windsor Close, in Daventry, Northamptonshire at around 3.45pm on Wednesday.

However, they soon realised that the cause of the emergency call wasn’t a fire but a cheeky 17-year-old African grey parrot named Jazz.

The bird had caused the panic with his perfect impression of a smoke alarm.

Staff at the alarm company had called the homeowner after the smoke alarm was triggered for no apparent reason.

Mr Dockerty said that this was a normal occurrence with the alarm going off fairly frequently.

Operators at the company heard Jazz imitating the alarm in the background and alerted Northampton Fire and Rescue Service who rushed to the scene.

Mr Dockerty, a retired steel erector, adopted Jazz 12 months ago in order to give his other parrot Kiki, 16, some company and said he was ‘amazing at doing impressions.’

He said: ‘Every time the alarm goes off I get a call from the wardens and sometimes it goes off for no good reason. 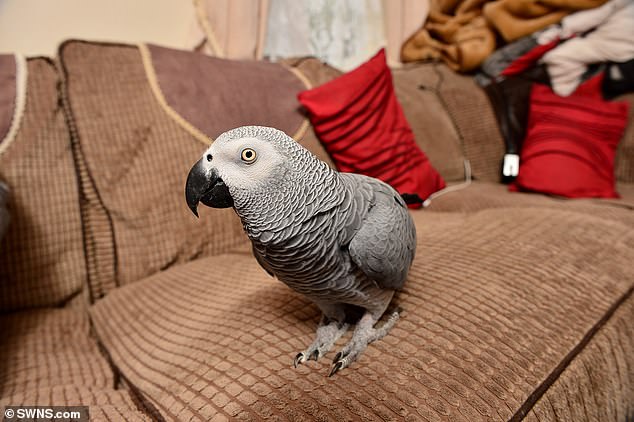 ‘This time they asked me if everything was ok and I said it was but they could hear Jazz in the background and called the fire service as a precaution.

‘Then we heard the noise coming from Jazz and that’s how we figured it out it must have been him.

‘He’s a cheeky sod and likes to imitate things. He imitated the smoke alarm so well that they called the fire brigade.

‘All the while, Jazz was sitting in his cage laughing his socks offs. 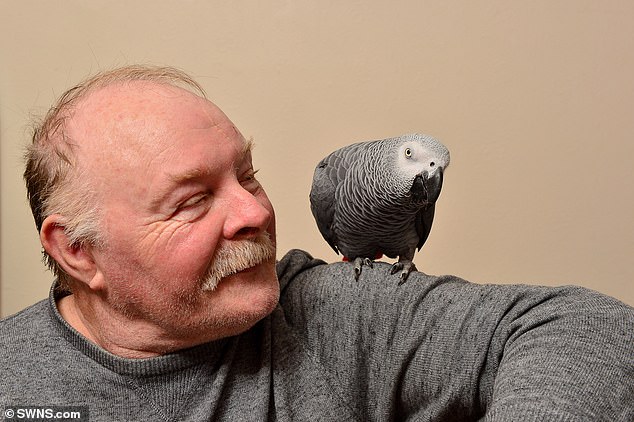 Mr Dockerty adopted Jazz 12 months ago in order to give his other parrot Kiki, 16, some company

‘The fire crew were very good about it and even came around the next day to check if the birds were ok.

‘The birds will literally imitate anything to get my attention and Jazz is really good at impressions.

‘Jazz will even say ”what are you doing?”.

‘That was the first time either of the two birds have ever imitated the fire alarm though. I don’t know what the neighbours must think when they walk past – they must hear all sorts.

‘They tend to make noises when I’m out of the room. Everyday there is something new with them. 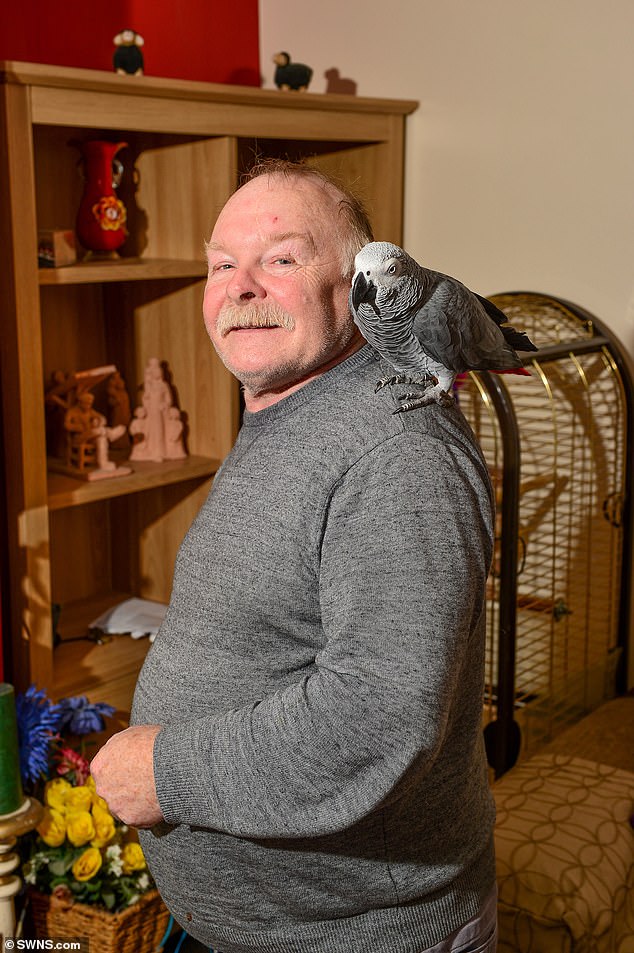 ‘They’ll be getting me in more mischief sometime in the near future, that’s for sure.’

Northamptonshire Fire and Rescue Watch Commander, Norman James, said: ‘In some properties, smoke alarms are monitored by an alarm-receiving company.

‘When an alarm is activated, they endeavour to make contact with the resident to establish whether there is a fire or if it is a false activation.

‘On this occasion, it appears that while the monitoring company were on the phone to the householder, they could hear a continued alarm in the background and notified the fire service as a precaution.

‘When we arrived at the property, the householder assured us there was no fire and we checked and cleaned the smoke alarms to try and prevent further activation.

‘While we were doing this, we could still hear an alarm in the background and soon realised it was African Grey parrot Jazz continuing to do his excellent impression of a smoke alarm.

‘It certainly made the crew smile and although it was a false alarm, because there was no actual fire we were thankful that the householder and his two parrots were safe.’