The personality traits which mean men have the most sex

Millions of men spend endless hours honing their bodies in the gym.

A new study from Australia claims that four distinct qualities are directly connected to ‘sexual frequency and reproductive success’ among males.  They include being outgoing, agreeable, emotionally stable and conscientious.

However, the same characteristics don’t work as effectively for women.

Sex success: A new study from Australia claims that four qualities are directly connected to ‘sexual frequency and reproductive success’ among males

Researchers from Queensland University of Technology analysed 2,998 heterosexual men and 1,480 heterosexual women as part of the 2016 Australian Sex Survey.

They found that being out-going, agreeable, emotionally stable and highly  conscientious result in higher sexual frequency for the former.

In addition, higher extroversion was associated with men having more children.

However, the eyebrow-raising results – published in the Personality and Individual Differences journal – differed considerably for women.

They only succeeded sexually when being more extroverted, while being ‘more agreeable’ was associated with having more children.

The findings suggest that certain ‘combinations’ of personality traits give men an advantage when seeking partners.

‘Throughout history, competitive advantages have helped men and women achieve increased success in their occupation, sport, artistic endeavours, their ability to acquire and secure resources, and ultimately, their survival,’ says Dr. Stephen Whyte, who led the study. 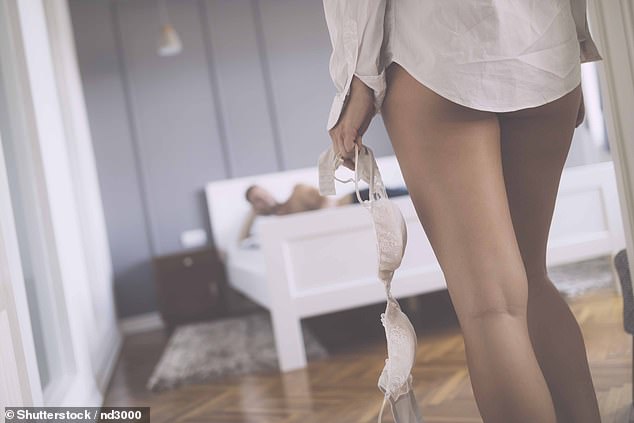 ‘However, little is known about the advantages, or disadvantages, personality traits provide in relation to sexual activity and offspring success.

‘Science doesn’t really have a firm understanding around how personality traits influence human mating and reproductive behaviour, and particularly whether certain personality types are favoured by either males or females.

‘Our findings suggest that the greater variance in male traits and their particular combinations may provide an advantage for them when it comes to sex and reproduction but that doesn’t appear to be the case for the women we analyzed,’ he said.