The ongoing feud between former Melbourne Storm teammates Cooper Cronk and Cameron Smith remains as bitter as ever – and one photo from Sunday night’s grand final proves it.

Playing for the Sydney Roosters against his former side with a broken shoulder bone, Cronk grabbed Smith around the neck while getting to his feet after being hit with a crunching tackle during his side’s 21-6 win.

The former best mates then avoided each other after the match with reports Cronk abruptly changed direction to avoid coming face to face with his former captain.

Adding fuel to the fire, the pair both snubbed each other in post-match interviews and speeches, a gesture that didn’t go unnoticed by fans on social media.

Whispers about a rumoured feud between the pair began at the end of the 2017 season when Cronk left Melbourne to move to Sydney after 14 seasons.

Smith’s fractured relationship with both Billy Slater and Cronk became publicised earlier this year when it was reported his wife Barb had a falling out with Slater’s wife Nicole.

Their broken relationship was seemingly laid bare for all to see in July when Cronk took on his old club for the first time in Adelaide.

Following the match, Cronk warmly embraced all of his old teammates but offered only a brief handshake and minimal eye contact with Smith. 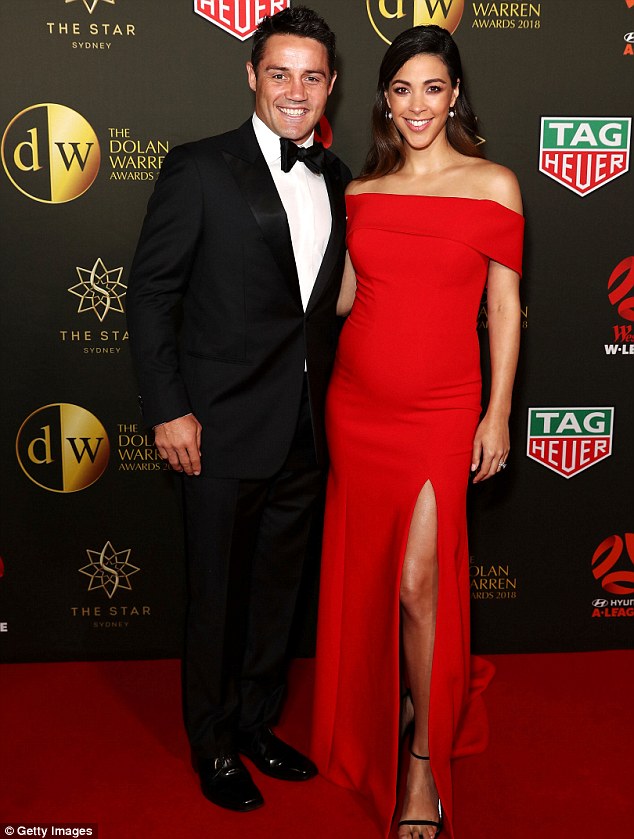 Then on Sunday night, Cronk snubbed Smith again when he thanked the Melbourne Storm club and singled out several of his former teammates who played their last NRL game.

‘While I’ve got this moment, I probably need to thank Melbourne Storm for everything they’ve done for me,’ Cronk told Channel Nine.

‘In particular, Billy Slater and Ryan Hoffman, they’re two guys that have made me a better player and a better person.’

There also reports he hugged every Storm player after the game, except Smith. 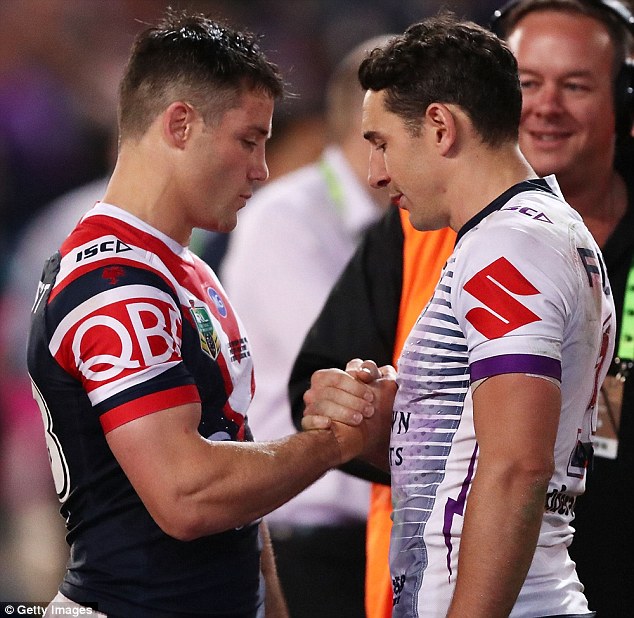 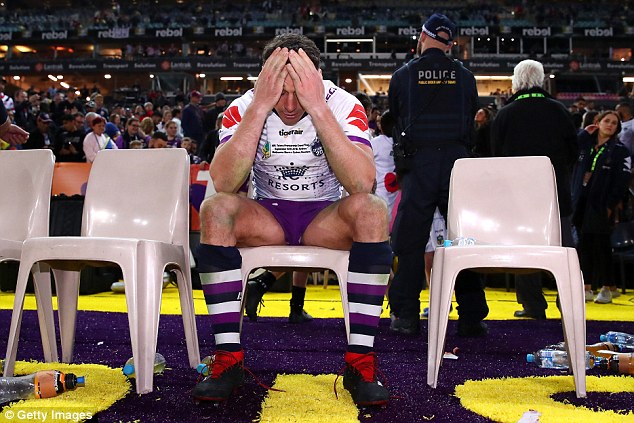 Smith also made no mention of Cronk in his runner-up speech, despite singling out several Roosters players.

The only mention of each other was from Smith during his post-match press conference.

‘With Cooper’s injury they essentially played with 12 players..so it was a fair effort to win the game..He managed to avoid major contact…that’s down to experience, he knew what he had to do,’ Smith told reporters. 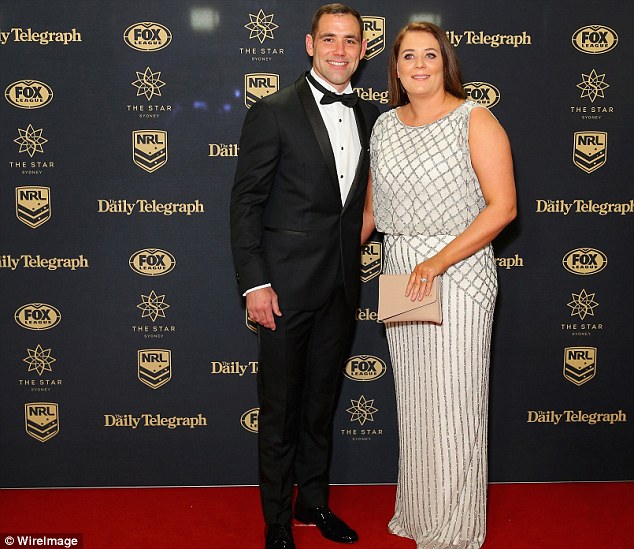 The ongoing snub between Cronk and Smith was a big talking point among eagle-eyed fans on social media, who were quick to spot the tension.

‘Cooper Cronk:  ‘I’d like to thank Billy slater and Ryan Hoffman’ not Cameron Smith who passed me the ball a thousand times.. yep there’s no hate there,’ one woman tweeted.

Another woman added: ‘Anyone notice Smith did not congratulate Cronk in his speech. He did mention a number of Rooters personally but not his former teammate.

‘Great to see the respect and care between Billy and Cronk running deep. But shame the love’s gone for Cronk and Cam after so long playing together… no thanks or acknowledgements,’ one fan tweeted.