His Holiness will ride around in a custom, Fisker Ocean SUV made from ‘sustainable materials,’ including recycled plastic bottles, Fisker co-founder Henrik Fisker said in a statement.

Earlier this week, the Pope tweeted that ‘technology based on the use of highly polluting fossil fuels needs to be replaced without delay.’

‘There is reason to hope that humanity at the dawn of the 21st century will be remembered for having generously shoulders its grave responsibilities,’ he added. 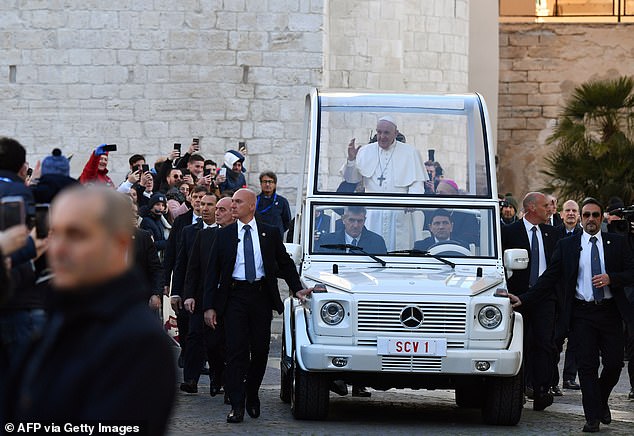 Pope Francis is seen riding in a popemobile made by Mercedes-Benz in 2016, which has been the popemobile maker for nearly 75 years

In 2020, Toyota provided the pope with a custom-made hydrogen-powered Toyota Mirai, according to Auto Evolution.

Henrik Fisker, known around the world for designing some of the world’s best made cars, said he was inspired by the Pope’s green commitment.

“I got inspired reading that Pope Francis is very considerate about the environment and the impact of climate change for future generations,” Fisker, the company’s co-founder said in the statement.

Fisker tweeted that he was honored to have a ‘private audience’ with Pope Francis, adding that he is  ‘so conscience about our responsibility towards the environment & for our generations to come!’ 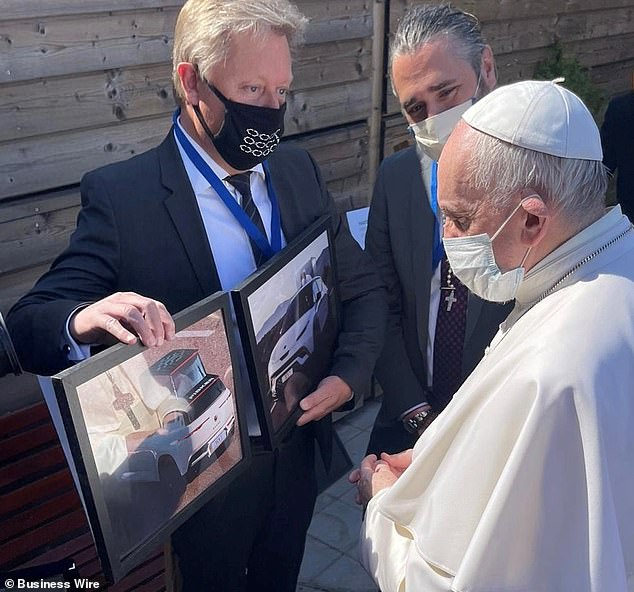 Fisker co-founder Henrik Fisker is showing Pope Francis what the custom made Ocean SUV will look like. 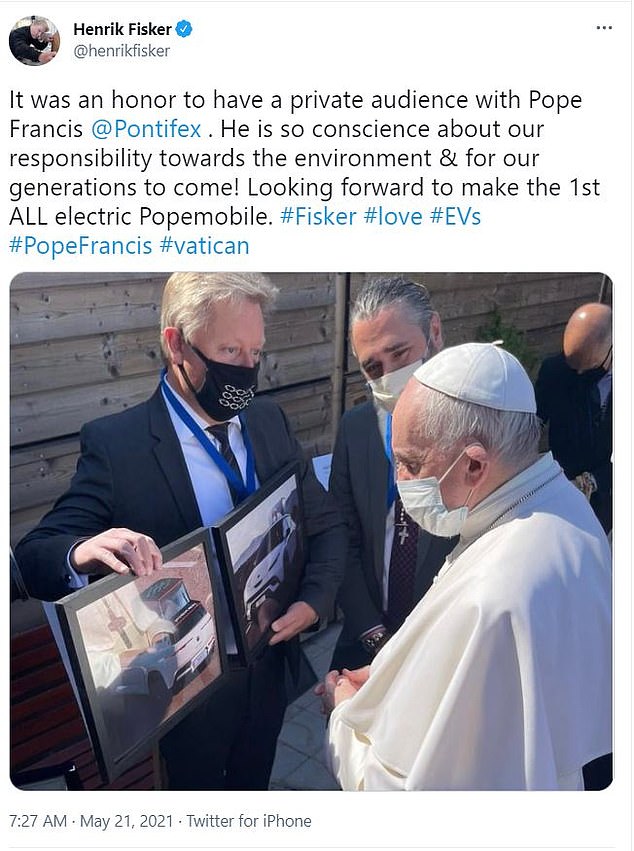 Fisker said it was an honor to have a private audience with Pope Francis, noting how important the environment is to His Holiness 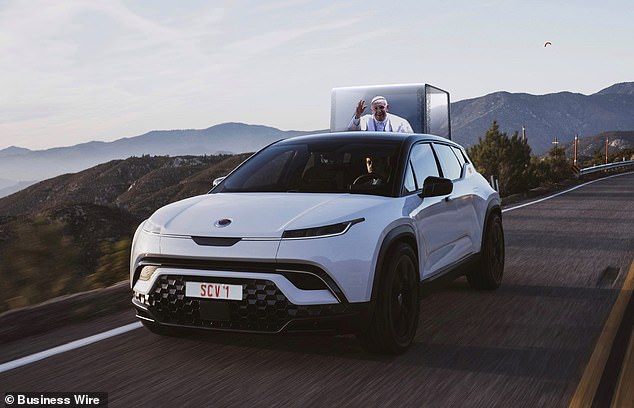 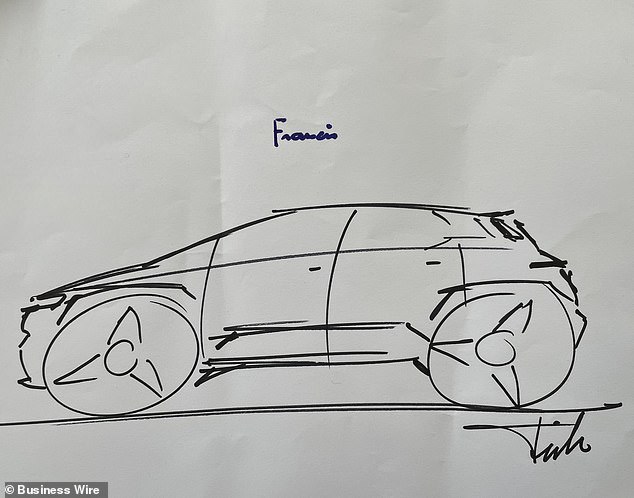 Pope Francis signed a drawing of the car, which is slated to go into production in November 2022

The custom Ocean SUV, capable of going more than 350 miles on a single charge, also comes with an all-glass cupola (or small dome) roof that will allow the head of the Catholic Church ‘to greet the faithful.’

It will be delivered next year.

The new electric SUV notwithstanding, Pope Francis repeatedly has expressed concerns about saving the environment. 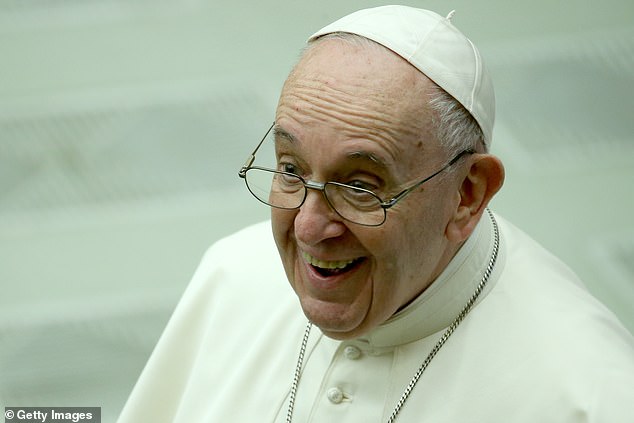 The Pope has repeatedly warned about mankind’s impact on the Earth. In 2019, he said he was considering introducing ‘ecological sin’ as a way to combat climate change

In 2015, the Pope tweeted that climate change ‘represents one of the principal challenges facing humanity in our day.’

Two years later, he wrote that care for the environment is a ‘social concern,’ adding that humanity needs to hear the cry of the Earth and the poor alike.

In September 2020, he said the destruction of the environment is serious, as ‘God has entrusted the world to us.’

With more than 18 million followers on Twitter, Pope Francis has an enormous following on the social network

A destruction of the environment would be serious ‘because God has entrusted the world to us,’ Pope Francis said in September 2020

Separately in 2015, during his visit to the U.S., Pope Francis addressed climate change with then President Obama.

His Holiness repeatedly warned about mankind’s effects on the environment.

In March, he warned a second great flood would come as a result of climate change unless leaders around the world work to fix corruption and injustice.

The 84-year-old said that, in the story of the great flood in the Bible, God used his wrath to punish injustice and ‘clean up’ the world.

He then added that humanity is facing another ‘great deluge, perhaps due to a rise in temperature and the melting of glaciers.

‘[That is] what will happen now if we continue on the same path,’ he said.

In 2019, he said he was considering introducing ‘ecological sins’ in an effort to combat climate change, adding that it is ‘a duty’ to protect ‘our common home.’