To enter the new Noma, sequel, younger sibling and successor to René Redzepi’s original Danish trailblazer, is to step directly into the brilliant, beautiful and slightly deranged mind of the chef. Like Chez Panisse and El Bulli before it (two restaurants that, while diametrically opposed in terms of technique, share the same obsessive purity of purpose), it’s part-commune, part-cult, all grand social experiment, a philosophy made edible, an idiosyncratic statement of very Danish terroir. It’s also a damned good place to have lunch.

Because despite the vast scale of this new place, very much a work in progress, with its research labs and greenhouses, prep kitchens, pickling rooms, aquariums and vivariums filled with ants, this is still very much about the food. Scandinavian fish, in particular, this menu running from winter until late spring, when the cold seas make them fat and sweet. When the sun starts to warm the hard earth, thoughts move to vegetables and then, as autumn dawns, ‘game and forest’. As ever, Noma lives in total subjugation to the seasons. 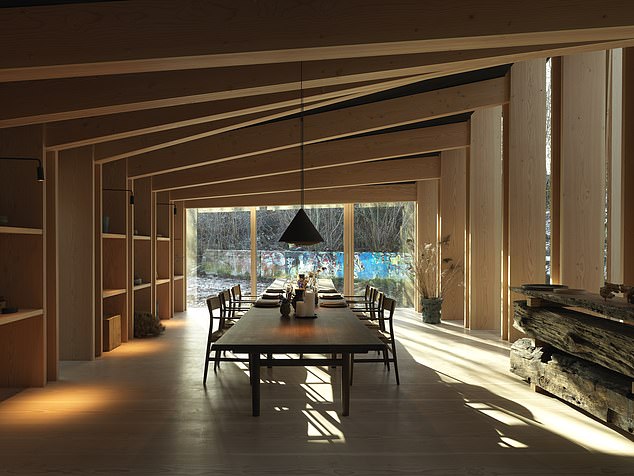 The new Noma is part-commune, part-cult, all grand social experiment, a philosophy made edible, an idiosyncratic statement of very Danish terroir

The room itself is stealth-wealth rustic, unshowy but smart, a sort of Nordic farmhouse built by an eco-billionaire, with clean wood walls (some adorned with dried squids, skeletons and strange, prehistoric-looking monsters of the deep), handsome beams hung with seaweed and dried herbs, and vast picture windows looking out over a pretty lake. Beyond, a modernist-looking power station, puffing white steam. It sits on the edge of Freetown Christiania, the self-proclaimed autonomous district where the normal rules just don’t apply. A restaurant placed exactly between the natural, industrial and anarchic. In more ways than one.

You arrive at a nondescript, temporary entrance (more fitting to a rave than restaurant) and are led down a path into Noma proper where, as the door opens, you’re greeted by the entire staff (from all over the world, like a United Nations of eating), clad in various hues of blue linen, and led by Redzepi himself. It’s a trifle unnerving, yet service is so natural, sweet and warm that even hardened cynics like me find their cold, blackened hearts beginning to thaw. OK, so proper conversation can become impossible, what with the exhaustive descriptions of every single course (brought out, as at the last Noma, by the chefs), and the wines, beers or sakes that come with them. But then you know the form at places like this. If you want to talk, go to Wiltons.

As reggae thuds out from the kitchen, we’re brought warm towels by Arwen, Redzepi’s oldest daughter, aged ten, and already a front-of-house star. We start with a sea snail broth, sipped straight from the shell. It’s silken and lusciously rich, with an indignant spike of pickled herbs and a back note of black pepper. Classic French cooking, with a hint of Nordic bite. Venus and razor clams next, startling, pure and clean, seemingly unadorned, save a crown of green sea leaves that add subtle crunch. And then a solo plump, lasciviously creamy mussel, steamed and naked, which tastes like, well, a perfect mussel. When the raw ingredients are this mighty, there’s no point in cocking them about.

And that’s what we find, in course after course, a pared-down purity to Redzepi’s cooking. Gone are the (admittedly exquisite) frozen rockpool tableaux of the first Noma. The cheffy flourishes and culinary tricks. Here, things are taken down to their true essence. Prawns, as filthily creamy as that mussel, come with dried fruits and what tastes like a whack of olive oil. Fresh meets sweet meets magnificent. Two heads sit atop the bowl, so that lovely fetid stuff can be sucked straight out. There’s ethereal, wobbling fresh jelly fish, which looks as if it’s just been washed up on the beach, but tastes like a sigh of the sea. And vibrant trout roe, arranged like a starfish, that explode exuberantly in the gob, with shards of dried plum skin in egg yolk sauce. Some dishes are simple, others take endless slog to make then appear this simple. 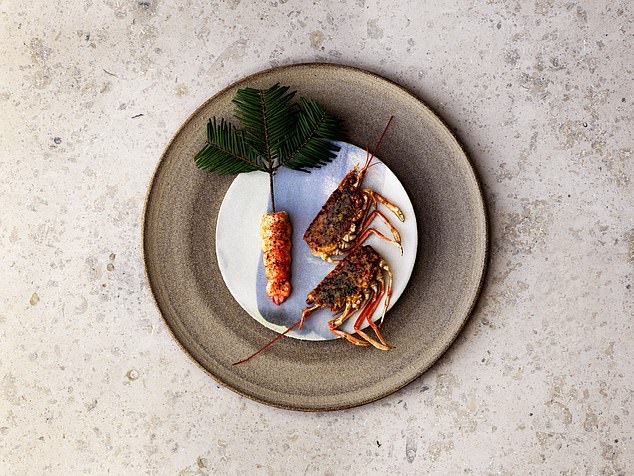 On we go – mahogany clams and steamed scallop, wild gigas oyster, meaty and marvellous, poached and chewy, with salty sea herbs. A horse mussel chopped and cooked into an umami-heavy Bolognese, with fresh cheese made from plum kernels. I kid you not. The dish damn well works. Cod’s heads are lacquered with a Japanese tasting glaze, and grilled, then eaten by hand, the meat juicy and gelatinous, and dipped in horseradish, or a sharp citrussy ant sauce. A delicate salad of dressed elm leaves that cleans the palate, king crab cooked in seaweed, the very essence of full fathom five profundity.

Then, best of all, Faroe Island sea urchin with peeled pumpkin seeds, scented with rose. Arabian Nights by way of 20,000 Leagues Under The Sea. It’s one of the finest things I’ve ever eaten.

Not everything thrills. Sea cucumber, its skin made into chewy ‘leather’, is a triumph of technique over taste. And plankton cake, a sort of fish cheesecake, is plain wrong. Prices are sky-high too, but this is once-in-a-lifetime eating, exceptional cooking infused with a purity, a precision that never ceases to dazzle. As an expression of Scandinavian terroir, it’s unparalleled. But as paean to the pleasures of eating, it’s out of this bloody world.

To Paris, for the launch of The World Restaurants awards. Dinner of raw prawns and slow-cooked lamb at Grand Coeur.

A jolly dinner at 15 in Hoxton. Oozing burrata, asparagus with fregola, crisp pork belly and crab with remoulade.

Last of the gulls’ eggs at an exceptionally fine lunch at Fortnum & Mason. Then Cornish sea bass.