The problem with talking about mental health

After years of suffering from mental health issues, Lucy Fry was happy to see celebrities encouraging others to speak out. Then she tried to get life insurance – and discovered the secret downside of opening up

Who doesn’t remember how moving it was when Prince Harry opened up about the 20-year emotional shutdown he experienced after the death of his mother? Similarly affecting was Adele’s admission that she’d suffered postnatal depression after the birth of her son. This raw openness from such high-profile figures felt taboo-breaking, as though it was ushering in a new era of understanding and acceptance around mental illness – and other sufferers have been encouraged to follow suit. But should the rest of us really be so unguarded? I vehemently agree that openness is the antidote to shame, and that it fosters both compassion and connection. Yet discrimination still lurks – as I know to my cost.

A few months ago, around my son’s first birthday, I decided to take out life insurance. Scary as it is to contemplate one’s mortality, becoming a parent has forced me to consider such morbid stuff. Except it didn’t go as planned, because the two providers I approached declined my application. One said it was because I had once been referred to an alcohol specialist on account of my drinking issues while the other, who I had to chase for information on this, named my recent visits to a psychiatrist (for help with depression) as the problem. 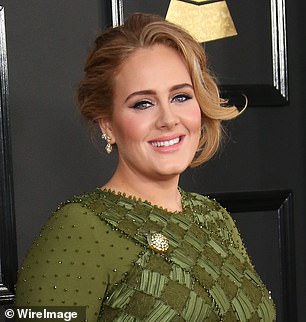 Adele has been upfront about her postnatal depression

I called both providers to explain that a) yes, I’m a recovering addict but have been teetotal for seven years; b) I am in good mental health and have a strong emotional support system around me, including weekly psychotherapy and a supportive family; c) I exercise four times a week, eat well, don’t smoke, have a healthy body weight and excellent cholesterol readings.

None of these things helped my cause. Even the lady on the phone agreed it was unfair – a sort of ‘computer says no’ blanket policy against anyone with a history of addiction or psychiatric issues. Perhaps this is just the nature of insurance? But it’s hard not to feel affronted, particularly since, as it stands, if my partner dies our mortgage gets paid off (she applied to the same providers and was accepted straightaway) whereas if I die she gets nothing.

If you’re royalty or a pop star, the negative effects of coming out about mental struggles aren’t a big deal, but for the rest of us the consequences can be catastrophic

Travel insurance isn’t much better. Recent research (by the charity Money and Mental Health) shows that one in three people with mental health problems have travelled with no insurance to cover their mental health because it was too expensive or their condition was excluded. So someone with depression would be able to claim on travel insurance if they have to cancel plans due to a physical complaint but not as a result of a mental one.

Money and Mental Health director Helen Undy says: ‘Half of us will experience a mental health problem at some point in our lives. If the travel insurance market doesn’t work for half of customers, then it’s really not working at all.’

If you’re royalty or a popstar, the negative financial effects of coming out about mental health struggles aren’t such a big deal. The rest of us, however, have cause for concern.

On top of the financial repercussions of disclosure, there can be romantic costs. I’m lucky: having been with my partner for more than ten years, I can’t claim to have experienced discrimination on the dating scene. I’m pretty sure, though, that my periods of despair wouldn’t be the first thing I’d mention on a date – but some people can’t hide their struggles as easily as I can mine.

Take Laura, 40, who has many raised red lines on her upper legs from self-harming. ‘I can hide the scars,’ she says, ‘but whenever it comes to getting intimate, there’s always that moment when the other person sees the scars and their eyes bulge. I suppose I should warn them beforehand but I’m worried about scaring them off. So I just wait… Sometimes they freak out and run away there and then. Sometimes they run away the next morning. My struggles are right there, on my skin. People say we should be open but most of the time they don’t want to see.’

The Duke and Duchess of Cambridge, with Prince Harry, launched the Heads Together campaign, aimed at raising awareness of mental health issues, in 2017

Admitting to his demons might make Prince Harry appear appealingly vulnerable, but for some of us, being transparent about mental illness can lead to a whole new set of problems. In the workplace, for instance, there’s often a huge gulf between people’s avowed principles and how they actually behave. As a freelance writer who specialises in mental, physical and emotional health, I’ve managed to make my own struggles work for me. Like all freelancers, however, I live with constant uncertainty about whether I will get the commission next time. Journalism is all about reliability, speed and making yourself available. I would rather say I have a stomach upset than tell an editor that I’m under the duvet, crying.

Emma Mamo, head of workplace wellbeing at Mind, says: ‘While public attitudes towards people with mental health problems have improved there’s still stigma; however, staff who need time off sick because of depression should be treated the same as those who take days off for back pain.’ Recent survey results suggest that currently a devastating one in four workers suffer their mental health issues in silence, but that when managers support them they take fewer days off work (a win-win situation).

How are people meant to open up about mental health if those around them don’t offer support?

‘No employer has ever treated my depression the same way as they would a physical illness,’ one friend, a teacher, told me recently. ‘One episode was covertly dealt with by my head of department who said to me, “You don’t want this to go up to senior management.” The implication was that they might deem me an unreliable employee. I got the impression that it was best for me to limp on.’

Louise, a 32-year-old paediatric nurse who was signed off work by a doctor for her debilitating anxiety, was required to attend regular face-to-face meetings in order to receive her pay. ‘They were clearly just box-ticking exercises: those in charge didn’t appear to care about my wellbeing – only my capacity to work,’ she says. ‘How are people meant to open up about mental health if those around them don’t offer support? Yet the alternative is that somebody keeps quiet about their illness and ends up causing harm to a patient or themselves. In my line of work when people push themselves too far, terrible things can happen.’

This situation isn’t unusual in nursing, says Kim Sunley, national officer at the Royal College of Nursing: ‘Many nurses report high levels of stress and a lack of support from employers. Nurses feel pressured to work even when they are feeling ill, which can exacerbate health problems.’

Clearly, many companies pay lip service to the idea of supporting mental illness, but don’t actually carry it through into how they treat their staff. Thankfully, this isn’t always the case. Bernice, 26, a market researcher who suffers with anxiety and depression, had a very positive experience with her company from the day she revealed her mental health issues. ‘I was hesitant to put my anxiety on my health form when I started the job, but I’m so glad I did,’ she says. ‘On my first day, my head of department sat me down over coffee and told me I could speak to him any time I wanted if I was struggling.’

This was hugely validating as she had suffered stigma in former workplaces. ‘In previous jobs, I had stayed quiet, going off in secret to have a panic attack or not turning up on really bad days,’ says Bernice. ‘I felt as though my anxiety was an inconvenience to everyone else. Often, when I came back from being off work, my colleagues would make it clear they were annoyed. But now I felt like the whole of me was accepted in my workplace. My manager even asked me what I needed on bad days.’

Jo Loughran, director of the mental health campaign Time to Change, says: ‘Listening and not judging are two of the most significant things you can do. Be aware that it can be hard to have conversations about mental health at work, so be patient with the person concerned. Whatever the case, just asking how they’re doing can go a long way.’

To talk or not to talk? That’s the question for people with mental health issues. The last thing I want to do is encourage anyone back into a closet of shame and self-hatred by pointing out the risks we face from being open. We need to keep speaking up as long as discrimination against those with mental illness exists. Questioning insurers, employers and even potential partners on why they’ve turned you down is more powerful than you might think. And if I miss a deadline again during a bout of depression, I’m going to tell the truth and trust that my employers won’t think less of me as a result.

THE UPSIDES OF MENTAL ILLNESS

Believe me there are some, says Lucy Fry

RELATIONSHIPS Mental illness is humbling. My struggles have made me less judgmental. Years of therapy have helped me to step back and listen; to be curious about people rather than rushing to conclusions about what’s going on and what requires fixing. It is in my closest relationships that this has been most impactful. My marriage survives because I am able to own and feel my emotions, and to sit comfortably with – even accept – imperfection.

WELLBEING Like many addicts in recovery, and like those who have been in the self-punishing hell of depression, I’ve had to learn about self-care. This isn’t just showering and brushing your teeth but a much more subjective version of pastoral care that enables me to stay on an even keel by developing self-compassion (and usually getting a bit more sleep).

PARENTHOOD I’m not the same parent I would have been had I not suffered mental illness. Before I sought help for my depression, I was just chasing success; nowadays I value love and connection more highly. All of this, I hope, will positively impact my son. He may see his mother struggle with mental illness again, but it can be a hugely important life lesson for him: that people can come through difficulties and grow from them.