Carrie Bickmore is known as a well-mannered and respectable TV and radio host, who has received a Gold Logie for her work on The Project.

But on Wednesday, Hit Network radio co-star Tommy Little took to Instagram to show an offensive coffee mug on Instagram that he claimed was endorsed by Carrie.

The environmentally-friendly cup was placed in front of the mother-of-two, and it read: ‘coffee time c***s.’

Tommy, who also stars alongside Carrie on The Project, shared the photo, writing: ‘This is definitely an approved photo of @bickmorecarrie endorsing @gangstermugs.’

The comedian, 33, added to the sarcastic upload: ‘Carrie said “You can buy one of these mad as keep cups or if you don’t then you’re a fully lame f***boi, the choice is yours!”’

Carrie later commented on the thread: ‘Expect a call from my manager.’

He had earlier posted a selfie from within the studio in a bright-yellow jumper, captioning it: ‘Hi-vis d***head reporting for duty!!!’ 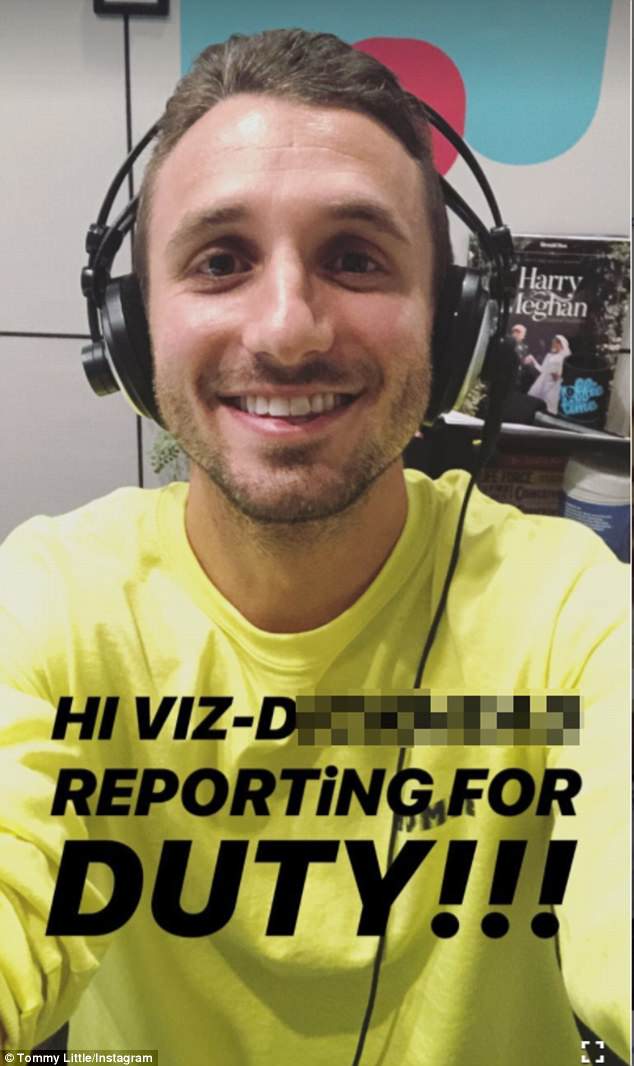 ‘You can buy one of these mad as keep cups or if you don’t then you’re a fully lame f***boi’: Tommy appeared to sarcastically quote Carrie to help promote his brand, Gangster Mugs 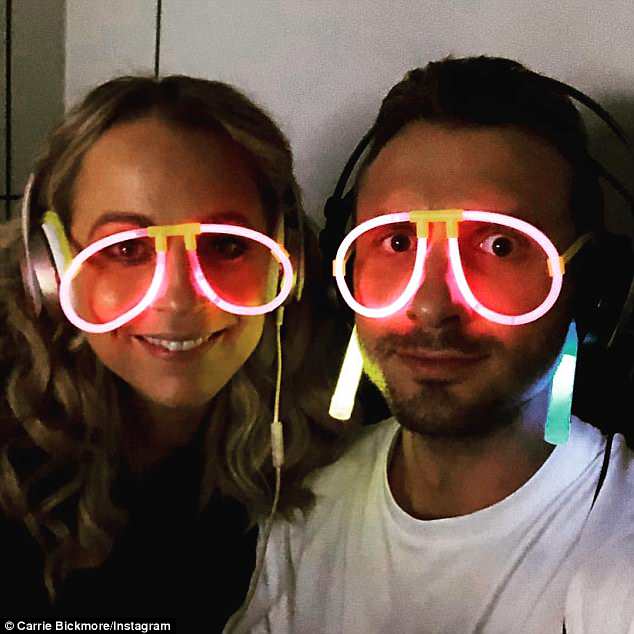 ‘Expect a call from my manager’: Appearing in on the joke, Carrie left a message on the picture’s comment thread

His other products online include, a keep cup displaying ‘Tea Time Motherf***ers’, a stubby holder that says ‘froffie time f***heads’ and a wine glass with the words ‘wine time b****es engraved.

Earlier this month, Tommy offered one of his cups to Prime Minister Malcolm Turnbull, who politely declined. 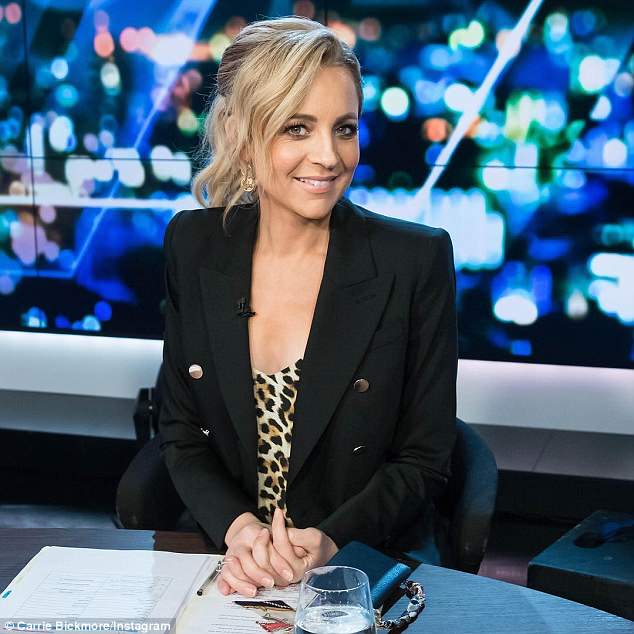 ‘I wouldn’t take a photo with that!’ Carrie had previously expressed her distate for the items when Tommy unsuccessfully attempted to gift his expletive-ridden products to Prime Minister Michael Turnbull (Pictured: Carrie on The Project)

Carrie laughed and told the PM he wouldn’t want either of them, adding: ‘I wouldn’t take a photo with that!’

‘I’d leave them in the packaging,’ she joked, as he raised his eyebrows in shock at what the writing on the mugs said. 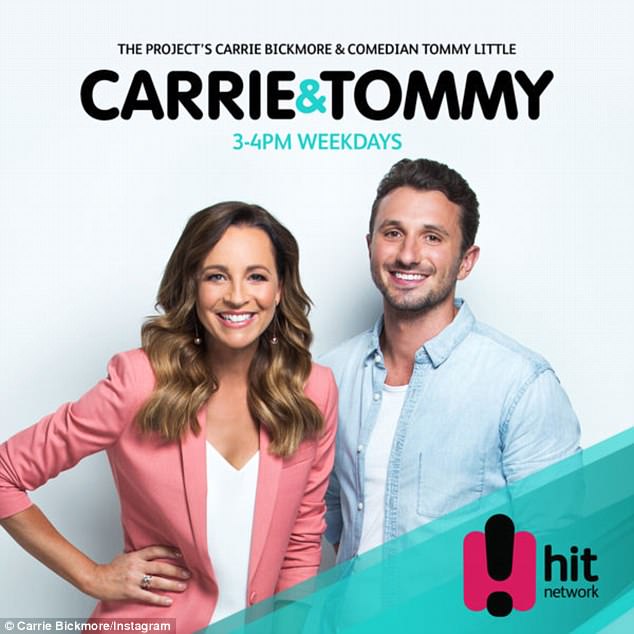