The Royal Collection is selling a striking £195 purple and gold headscarf to mark Her Majesty’s Platinum Jubilee.

The Queen, 96, is often spotted with a silk scarf tied around her head, particularly when she is off-duty in Sandringham, in Norfolk.

The Royal Collection design, available via the website, features a pretty vine pattern with a number of crowns. 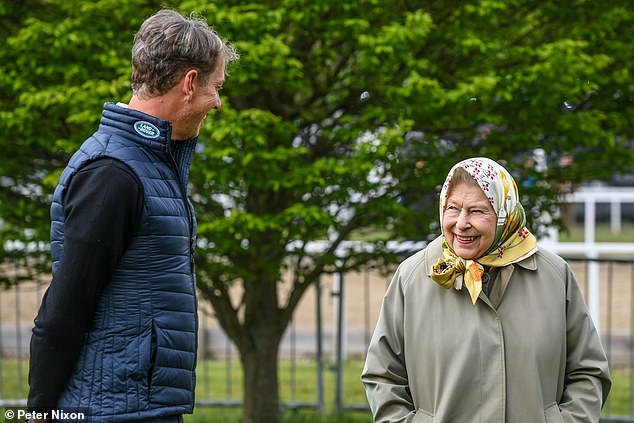 The 90cm by 90cm scarf is inspired by the purple Robe of Estate worn by The Queen at her Coronation and the border of decoration is based on the gold embroidery on the robe, which incorporates olive branches and wheat ears, symbolising peace and prosperity.

The Queen is known to particularly like scarf French designer Hermes, whose prices start at £175 for a headscarf.

She is believed to have a collection of their vintage pieces, as well as some custom options. 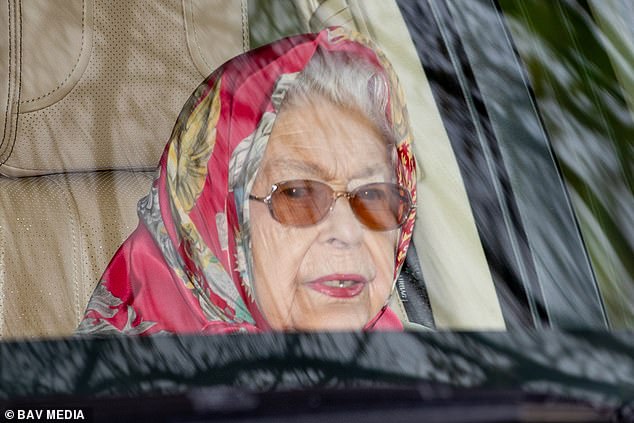 The Monarch has been modelling a different headscarf every day during her country stay, and is now selling a similar garment 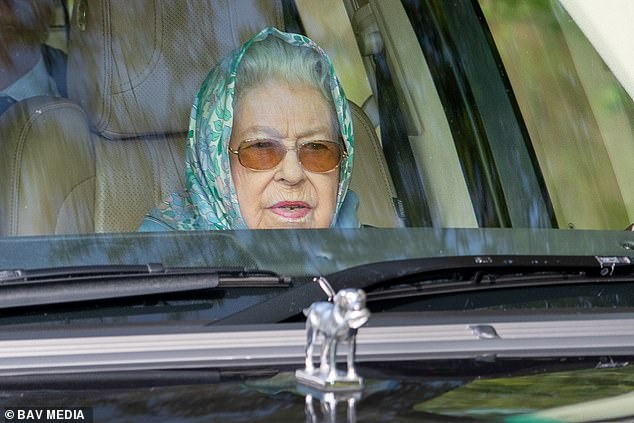 During her daily drives out from Wood Farm to feed her horses in nearby stables, The Queen has worn a different coloured headscarf every day

The Royal Collection has released a number of limited edition items to celebrate Her Majesty’s jubilee.

Royal fans could also get their hands on a limited edition carriage clock made by Mappin & Webb that costs £3,459 and houses an enamelled face that shows a specially commissioned design of olive branches and wheat ears to symbolise peace and prosperity.

For those wishing to celebrate the Platinum Jubilee in style, the Royal collection includes two champagne flutes engraved with the emblem depicting national flowers of the United Kingdom, retailing at £120. 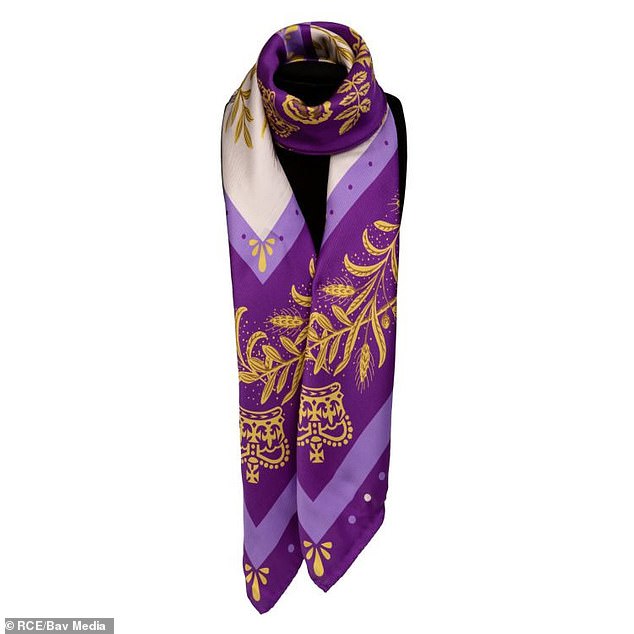 Her Majesty, who has been a fan of headscarves for years, is selling the special Italian silk scarves on her Royal Collection website 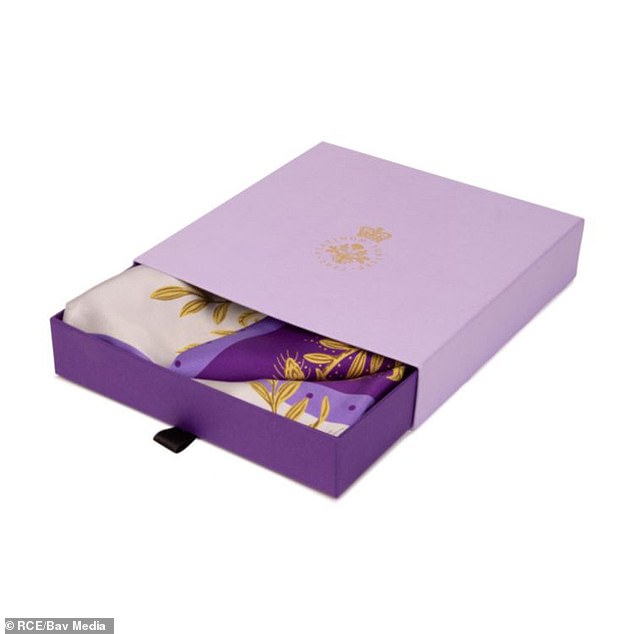 Royal fans can dress like the Queen with their own scarf, which comes presented in a bespoke gift box to mark her 70 years on the throne 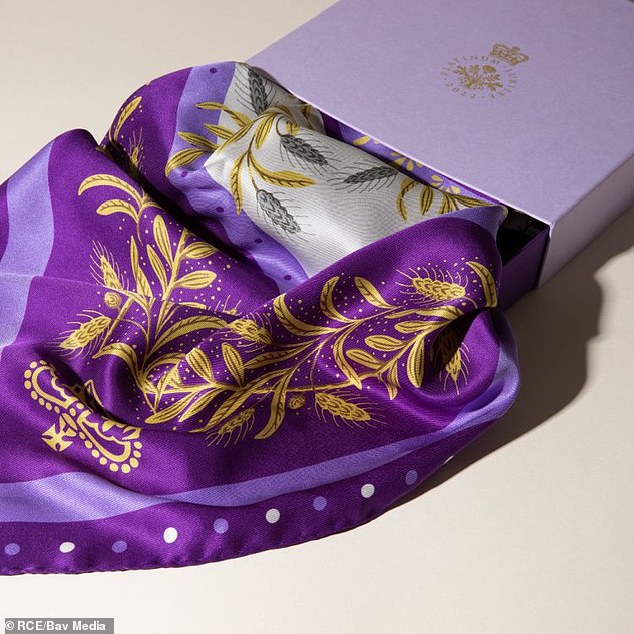 The border of decoration is based on the gold embroidery on the robe, which incorporates olive branches and wheat ears, symbolising peace and prosperity