Queen and her daughter Princess Anne leave Buckingham Palace in separate cars, with the monarch shielded behind a new car window blind

The Queen and Princess Anne appeared pensive as they were snapped leaving Buckingham Palace in separate cars today, with the monarch barely visible through tinted windows.

The Queen, 93, and her daughter, 69, travelled in separate cars as they departed from the palace in the early evening.

While Her Majesty was barely visible through car windows with blinds, her daughter donned a smart turquoise coat for the ride.

The window cover appears to be a new addition to the royal’s vehicle, with the Queen seen riding in a car without blinds as recently as yesterday.

The Queen, 93, was snapped leaving Buckingham Palace this evening in a car with blackout blind windows, while her daughter Princess Anne, 69, left in a separate vehicle 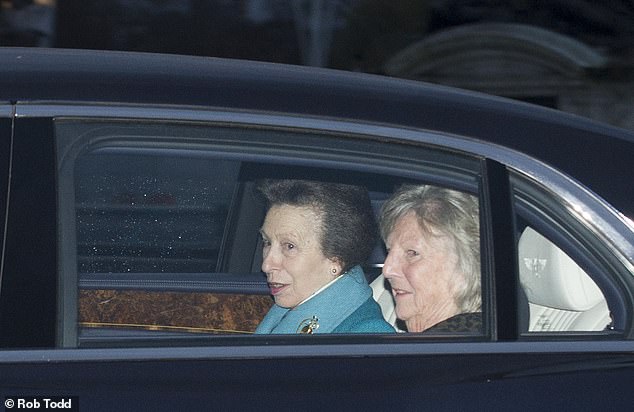 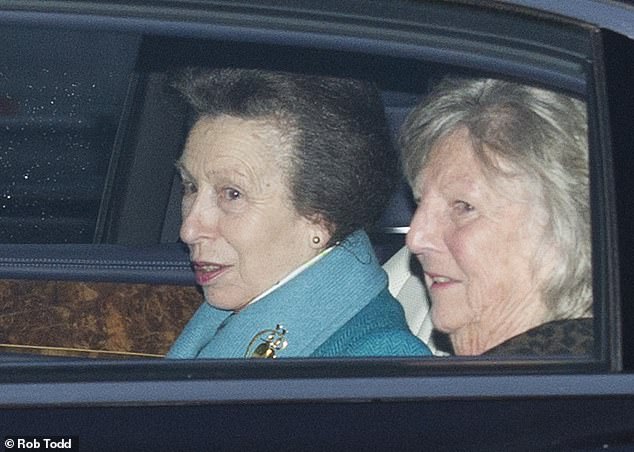 Princess Anne appeared relaxed in the back seat of her vehicle, and appeared to be wearing a bold and bright turquoise coat with a white blouse for the ride.

She wore a gold brooch pinned to the left lapel of her coat, and accessorised with gold stud earrings.

She sat alongside a royal aide in the back seat of the car, while her mother rode in a separate vehicle.

Meanwhile the Queen could barely be seen in her own car, but her perfectly coiffed curls, dark lipstick and pearl earrings were just visible through the window blinds. 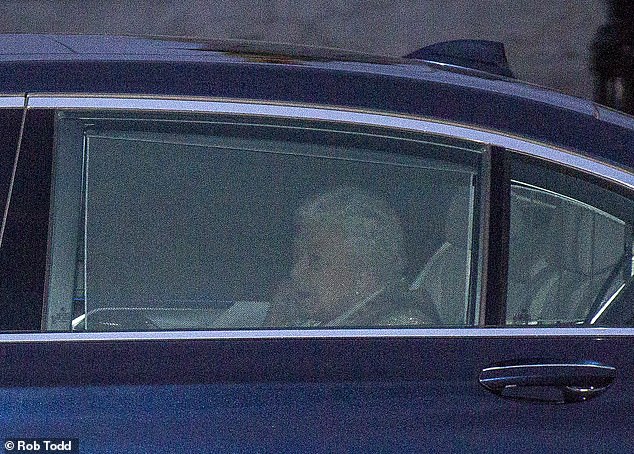 Meanwhile the Queen appeared to be wearing a pink jacket for the car journey, having set off from Buckingham Palace this evening 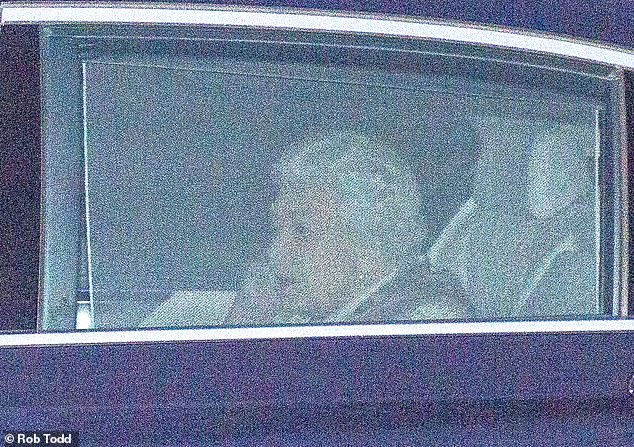 The royal, who appeared to be wearing a light pink jacket for the ride, appeared to be riding alone in the backseat of a vehicle, though she was accompanied by security in the front.

Earlier this week, a royal reporter claimed the Queen is closer to her only daughter more than ever.

While they also went on to say that Princess Anne is ‘likely to become a much more important figure’ in the family following Andrew’s ‘early retirement’. 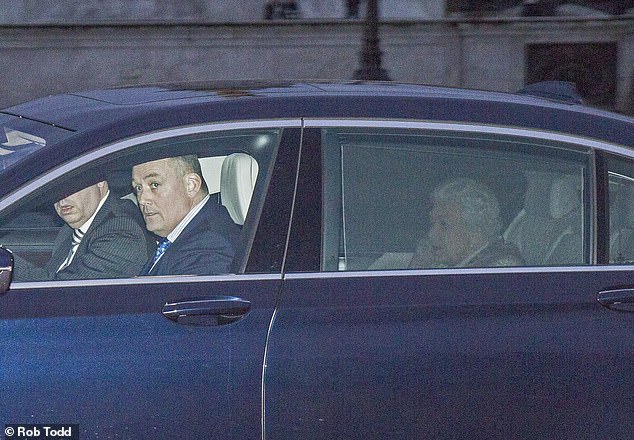 The Queen rode alone in the back of the vehicle, while secruity appeared to join her in the front seats of the car

Royal author Phil Dampier told the Telegraph: ‘Anne is much closer to the Queen than she used to be. She’s always been close to her father, because she’s very similar to him.’

The expert also went on to claim that the Queen is much more reliant on the Princess Royal after Prince Andrew’s involvement in the Epstein affair: ‘Unlike her younger brother, she’s extremely discreet and not likely to make any faux pas. She’s a safe pair of hands,’ Dampier said.

Despite Princess Anne’s own scandals in the past the experts said that she’s successfully managed to put them behind her, while its ‘too late for Andrew to do the same.’ 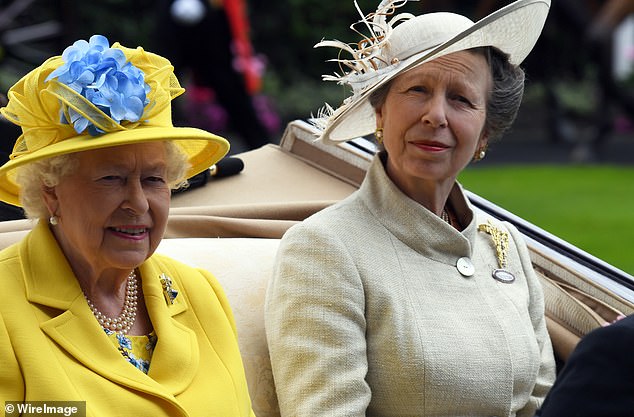 While the royal author also claims that Queen will put on a lavish party for her daughters 70th.

‘Last time she had to share with Prince Andrew, who is exactly 10 years younger, but this time the Queen will throw a party just in her daughters honour.’

The Princess Royal’s ‘banter’ with her mother on Tuesday night at the Nato reception, while she met Donald Trump, also showcased their growing relationship.