PM reveals the ‘amazing’ Queen is ‘very impressed’ with Australia’s response to COVID-19, regrets she can’t travel Down Under… and is stoked the horse racing is still on

The pair spoke on the phone on Tuesday night when they also discussed bushfires and drought.

After quickly shitting the borders and imposing strict social distancing rules, Australia has only suffered 96 coronavirus deaths compared with 29,427 in the UK and 71,921 in the US.

Pictured: Mr Morrison and his wife Jenny meeting the Queen in Buckingham Palace in 2019 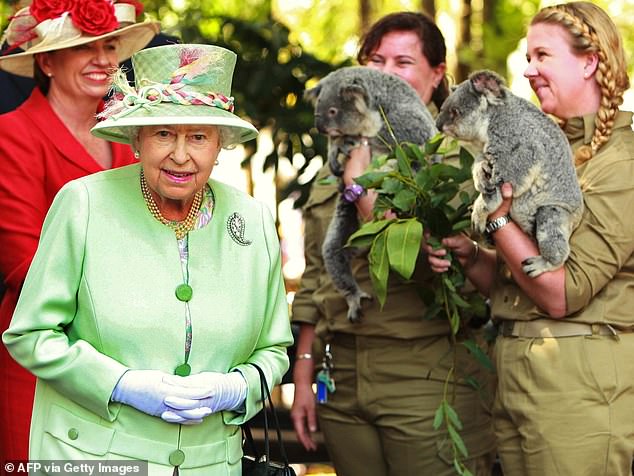 The Queen’s last visit to Australia was in 2011. She is pictured visiting a wildlife park that year 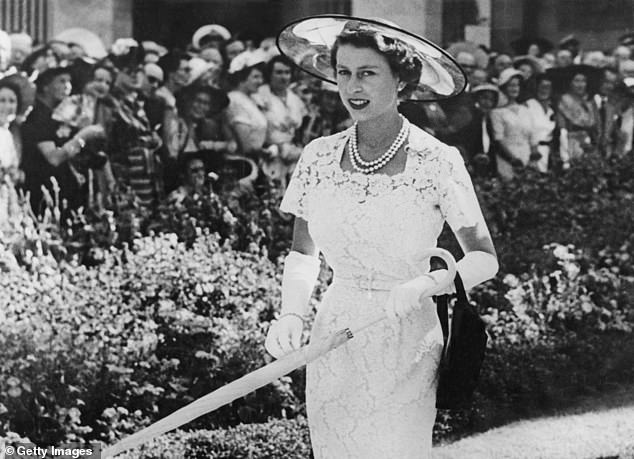 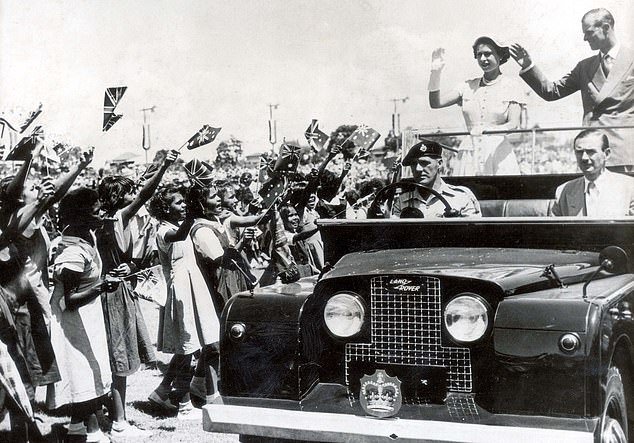 The Queen and her husband, the Duke of Edinburgh, greet children in Bundaberg in 1954

The Prime Minister described the 94-year-old queen as ‘amazing’ and said she loves Australia.

‘She’s amazing. Jenny and I got to meet Her Majesty at Buckingham Palace last year and we had a lovely chat,’ he told 2GB radio.

‘She’s terribly interested in the daily things of life, your family, how things are going.’

Queen Elizabeth first visited Australia in 1954 just months after taking the throne aged 25. Her last visit Down Under was in 2011.

‘She love this country, she’s been here many times and she regrets the fact that she can no longer visit so many places including Australia, Mr Morrison said.

‘She also asked what’s happening after the bushfires and I told her the responses there – and the drought as well.

‘And she understands drought issues and rural issues really well and she was terribly interested in that.

The Queen, who is a keen fan of horse racing, was ‘particularly happy to know that the races were still running,’ the Prime Minister said.

Ms Ardern said it was a ‘treat’ to speak with Her Majesty.

‘Her affection for New Zealand, her interest in what’s happening here and her memory of places and events that are special to us never ceases to amaze me,’ she said. 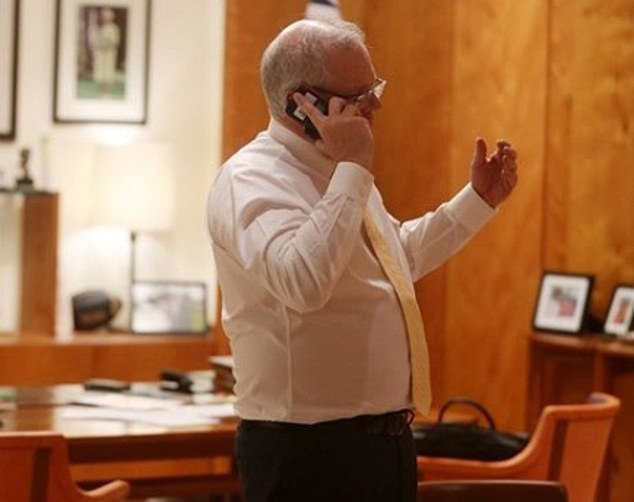 The Queen has phoned Prime Minister Scott Morrison to congratulate him on Australia’s success in slowing the spread of COVID-19. Mr Morrison is pictured taking the call