A new photo exhibition has given a rare glimpse into the life of the Queen and depicts the hollow tree she liked to take shelter in with a dram of whiskey.

Lord Tollemache, owner of the hollow oak, said the Queen would shelter in the tree on her annual visits in November when she went walking and hunting in Helmingham Park.

The photographer, Adrian Houston, whose work has been exhibited at the National Gallery, asked sujects about their favourite trees and Lord Tollemache, owner of the Park answered, ‘the Queen’s oak’, alluding to the great oak in his grounds. 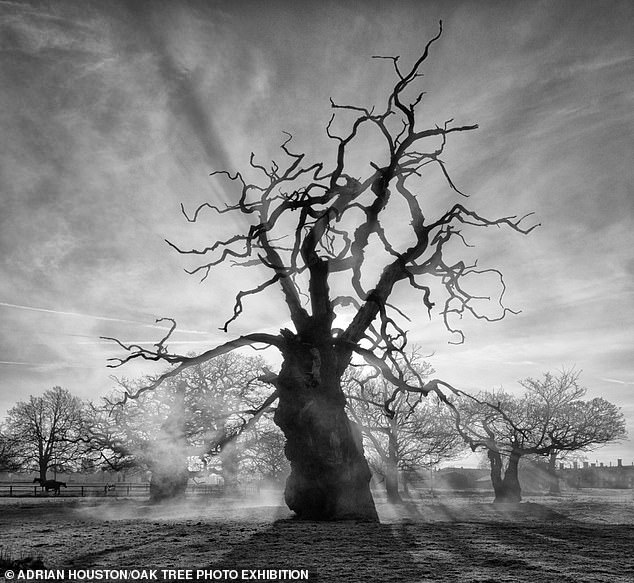 The tree has been dubbed the ‘Queen’s oak’ by Lord Tollemache, who owns the land around

The exhibition has also managed to shine a light on the Queen’s hunting habits in the grounds of Helmingham Hall in Suffolk.

‘He’s got this amazing house in Suffolk, with a drawbridge which goes up at 6 o’clock in the evening,’ Houston said.

‘The Queen used to go shooting there every winter and that particular tree, a dead oak tree – when they start getting old they rot from the centre so it is hollow – and she used to shelter in the hollow and have a little whisky during the day.’

Another tree that played host to a Royal tipple was cedar of Lebanon that once stood in the garden of Le Manoir aux Quat’ Saisons, a five star hotel and restaurant in Oxfordshire owned by head chef, Raymond Blanc. 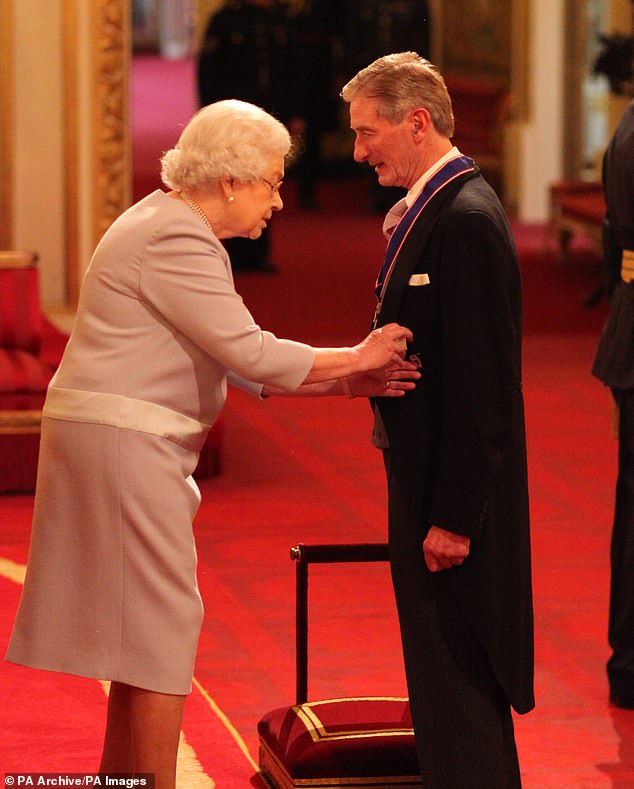 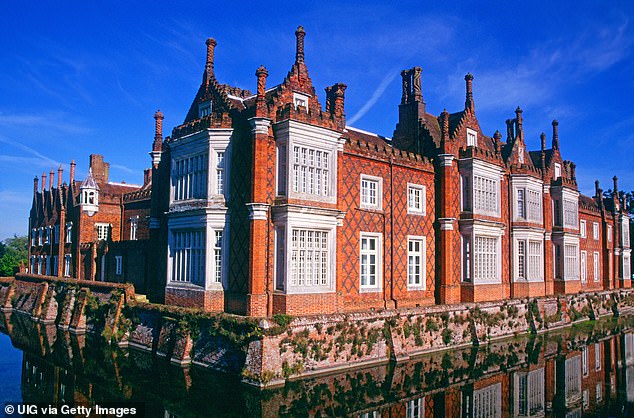 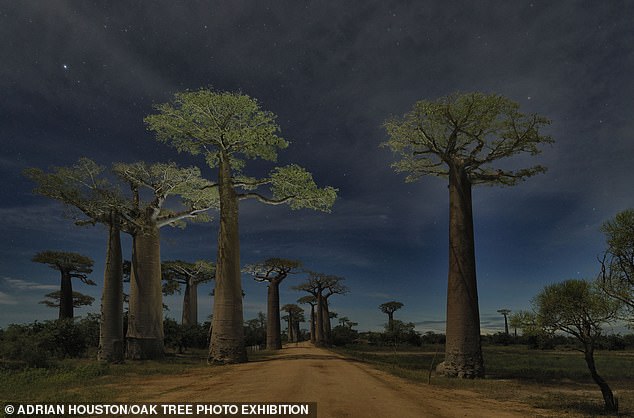 ‘The greatest memory I have of it is when the Queen Mother and her entourage of knights and ladies-in-waiting drank champagne and Dubonnet in its shadows,’ Blanc writes in his accompanying notes at the exhibition of Houston’s work called A Portrait of the Tree.

The exhibition is being hosted at the Unit gallery in Hanover Square, London, until September 28.

Houston said he’s been working on the project for the last five years and money raised from it will be split between charities Future Trees Trust, which works on improving disease resilience, and Trees for Cities, which aims to plant 700,000 urban trees across the world.

‘The things they have seen in their lives must be incredible,’ Houston told The Times.

‘We all take trees for granted but there is so much tree disease around and there is not enough money to research properly and do something about it.’ 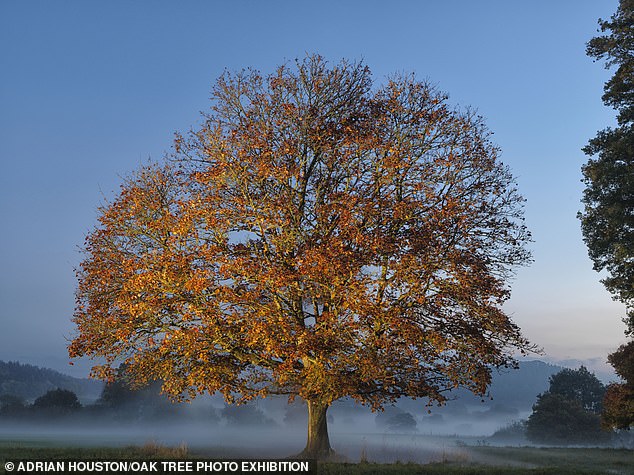 The exhibition is being hosted at Unit gallery in Hanover Square, London, until September 28 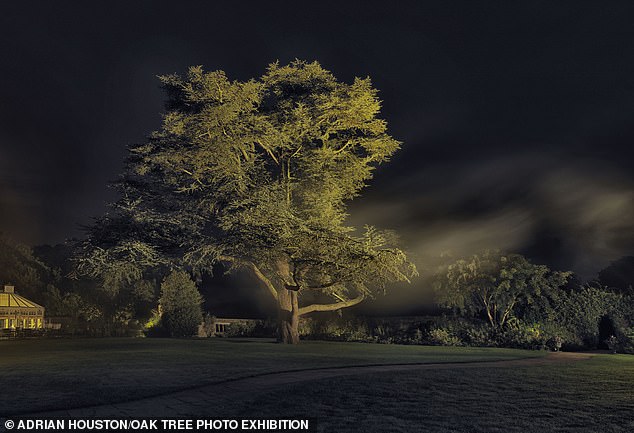