The Queen’s ‘simple and solid’ faith is the secret to her steadiness and is ‘sustaining her’ throughout coronavirus crisis – but she misses ‘community feel’ of church, sources tell People

The Queen’s ‘simple and solid’ faith is the secret to her steadiness throughout the coronavirus crisis, a royal insider has claimed.

The Monarch, 94, is relying heavily on her religion to ‘sustain her’ throughout the global pandemic but is struggling to adapt to a new way of worship, the source told People magazine.

Her Majesty is currently residing at Windsor Castle with her husband Prince Philip, but misses the ‘community feel’ of going to church with friends and family.

The source said: ‘Her Christian faith means so much to her, and those rituals of going to church on Sunday and praying in chapel are not happening.’

The Queen (pictured during her Easter address to the nation last month) has been using her ‘simple and solid’ faith to get through the coronavirus crisis, a source has claimed 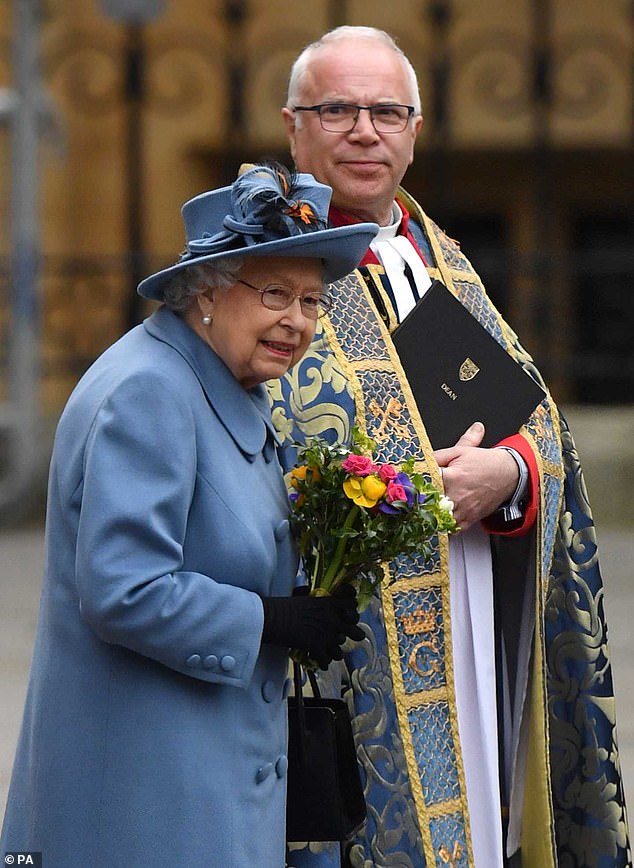 The monarch is replying heavily on her religion to ‘sustain her’ throughout the global pandemic (she is pictured at Westminster Abbey, London, on Commonwealth Day earlier this year)

Buckingham Palace will be closed for the summer for what is believed to be the first time in 27 years, with events including Trooping the Colour and Her Majesty’s garden parties cancelled.

However despite missing the community spirit around her, the Queen is finding solace in walking her beloved dogs and riding her horses.

A spokeswoman for Buckingham Palace said earlier this month she continues to be ‘busy’, conducting a weekly audience with the Prime Minister by phone and receiving her daily red boxes of Government papers. 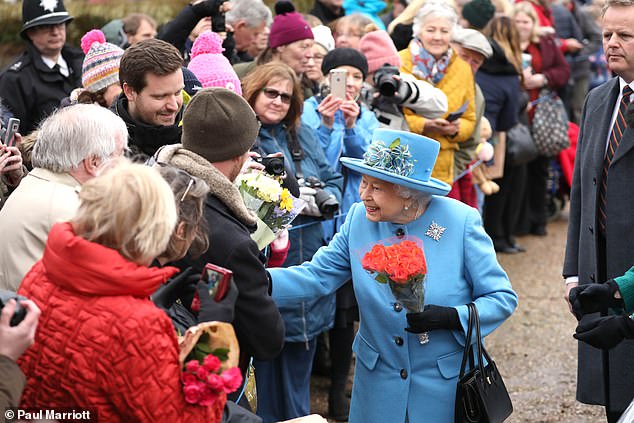 Her Majesty is currently residing at Windsor Castle with her husband Prince Philip, but misses the ‘community feel’ of going to church with friends and family (She is pictured at the St. Peter & St. Paul Church Sunday morning service in West Newton earlier this year)

They added that Her Majesty will ‘follow appropriate advice on engagements’ and is keeping in touch with her family by phone and video calls.

Most members of the royal family belong to belong to the Church of England and regularly attend Christmas services at St. Mary Magdalene at Sandringham Estate.

The Queen, supreme governor of the Church of England, is well known for her faith, which she has spoken about in broadcasts and speeches.

Last month, the royal called for ‘light and life’ to overcome despair, as she declared that Easter is ‘not cancelled’ in a special message Bank Holiday message. 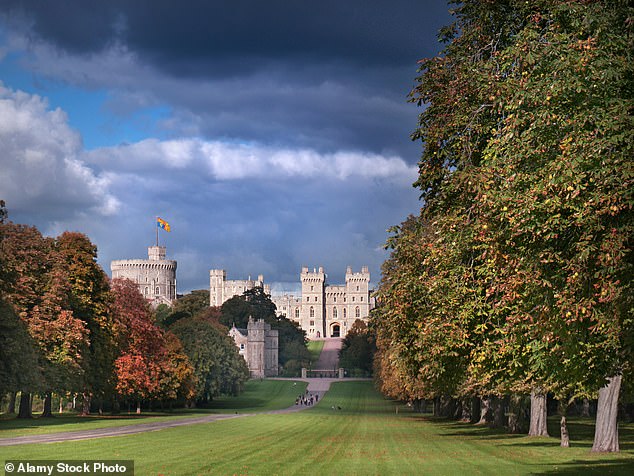 The Queen is currently isolating along with Prince Philip, 98, at Windsor Castle, during the coronavirus pandemic

Delivering her first Easter audio address, she said: ‘As dark as death can be – particularly for those suffering with grief – light and life are greater. May the living flame of the Easter hope be a steady guide as we face the future.’

Her pre-recorded speech offered support to those marking Easter privately and the wider country, and she said: ‘But Easter isn’t cancelled; indeed, we need Easter as much as ever.’

It ended on a positive note: ‘May the living flame of the Easter hope be a steady guide as we face the future.’ 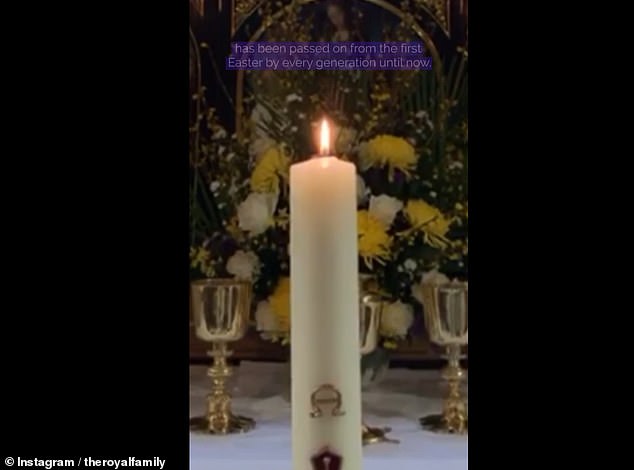 Her Majesty has delivered what is believed to be her first Easter address, which had the resolute message: ‘We know that coronavirus will not overcome us’. Pictured: A grab from the video posted on the Royal Family’s social media page

In 2016, Her Majesty wrote in The Bible Society of her enduring Christian faith as she shared a treasured memory of the moment George VI prayed for the nation during the Second World War.

In the foreword to The Servant Queen And The King She Serves, she wrote about a poem used by her father in 1939 called ‘The Gate Of The Year’.

She went on to write: ‘I have been – and remain – very grateful to you for your prayers and to God for His steadfast love. I have indeed seen His faithfulness.’