The RAF has dropped more than 3,400 bombs on ISIS

More than 3,400 British bombs have been dropped on ISIS targets in Iraq and Syria, a new analysis of the war reveals today.

The Ministry of Defence claims to have caused no civilian casualties with the air campaign which began with strikes in northern Iraq in 2014.

The Royal Air Force has flown more than 8,000 sorties since the air war began while a coalition of local forces takes the fight to terrorists on the grounds.

Britain joined an international coalition against the group after it swept into Northern Iraq and Syria to seize territory amid the chaos of the Syrian civil war.

More than 3,400 British bombs have been dropped on ISIS targets in Iraq and Syria (including by RAF Typhoons, pictured at RAF Akrotiri), a new analysis of the war reveals today 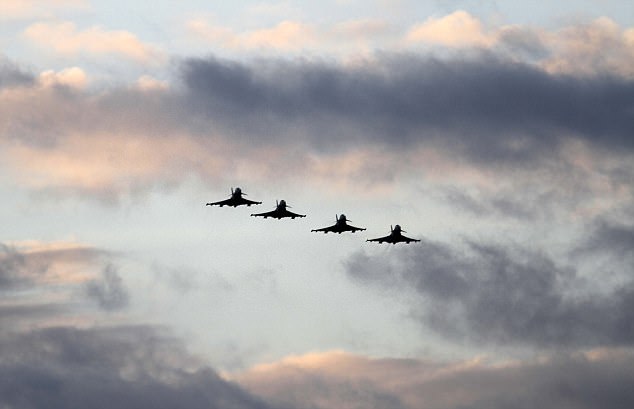 The Royal Air Force has flown more than 8,000 sorties (including Typhoon jets pictured landing at Akrotiri in Cyprus) since the air war

Analysis by the i newspaper that up to September this year, UK forces dropped at least 3,482 bombs and missiles in the battle against Isis, including 2,089 Paveway IV smart bombs and 486 of the more accurate Brimstone missiles dropped by Typhoon and Tornado jets.

The Government describes the Brimstone as the most accurate weapon available that can be fired by aircraft, and they are conservatively estimated to cost £100,000 each.

An MoD spokesperson said: ‘We have no evidence that RAF strikes have caused civilian casualties.

‘We recognise the challenge faced by coalition pilots in close urban fighting against a ruthless terrorist enemy that uses civilians as human shields.’ 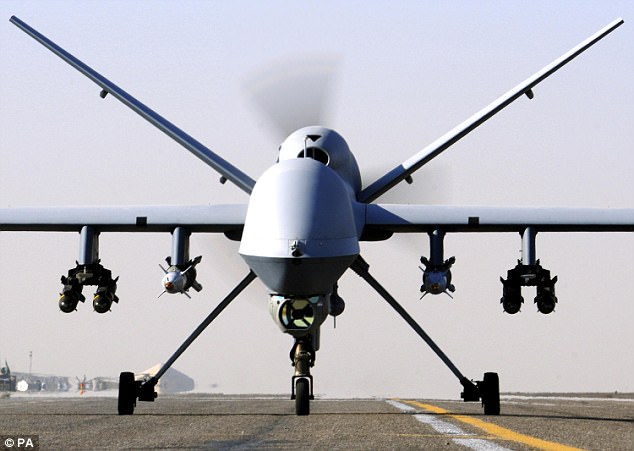 The claim of no civilian casualties is disputed by Airwars, a campaign group monitoring the impact of coalition air strikes.

It warned the RAF’s claim was based on observation from the air and not eyewitness accounts on the ground.

Samuel Oakford, an analyst for Airwars, told i: ‘Given evidence that non-American Coalition members are responsible for civilian deaths, it is incumbent on countries as active in the campaign as the UK to be transparent about what happens after they drop bombs in Iraq and Syria.’

Defence Secretary Sir Michael Fallon signalled a change in the UK operations on Monday after ISIS was routed from its stronghold in Raqqa. 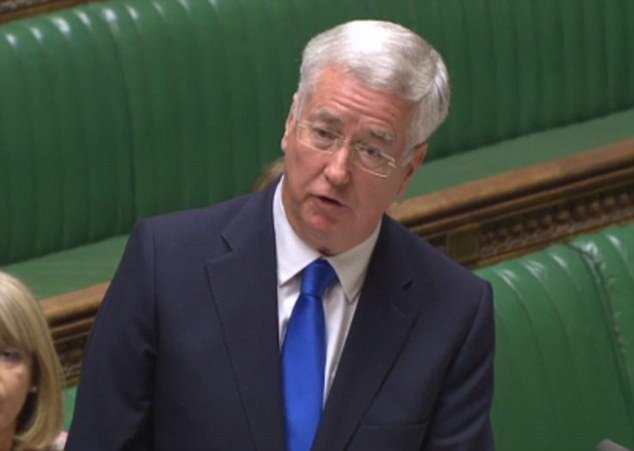 British troops will be ordered ‘outside the wire’ to undertake ‘close protection’ duties at the Al-Asad Airbase in northern Iraq.

The decision is thought likely to be the first time UK troops have been sent off base in Iraq since combat operations ended in the country in 2009.

The current mission was extended this summer with the deployment of Royal Engineers to Al-Asad in August, bringing the total UK deployment in Iraq to 600.

British forces have been deployed to train and support the Iraqi Army in the fight against ISIS since September 2014. They are not involved in front line war fighting.

The new patrols do not involve sending British personnel to the front lines but will see UK troops protecting the sprawling airbase from mortar attacks.