BBC presenter Victoria Derbyshire has been hailed as an inspiration by fans after stripping off for The Real Full Monty: Ladies Night after undergoing a mastectomy and reconstruction.

The mother-of-two, 49, was one of eight female celebrities who took part in the ITV show to help raise awareness about breast cancer, including Michelle Heaton, Megan McKenna and Colleen Nolan, by stripping off in front of a live audience.

Victoria, who is mother to Oliver, 13, and Joe, 11, with her long-term partner, radio producer Mark Sandell experienced several crises of confidence before the final performance.

The BBC star struggled throughout the process as to whether taking her clothes off was really the right way to raise awareness of breast cancer and encourage women to check their breasts.

But in the end, she donned a glittery dress to perform to the emotional lyrics of This Is Me from The Greatest Showman, which she then confidently stripped off to reveal a tasseled bra and pants.

The ladies strutted their stuff on stage before grabbing feathered showgirl fans for the rest of the dance routine – baring their breasts at the very end.

Ahead of the show, Victoria said: ‘This process has made me really happy. I’ve had such a good time. Tonight there might be someone watching who learns something about breast cancer they didn’t know before and it might save their life. And that is massive.’

Her efforts were hailed on fans on Twitter who praised the presenter for her bravery, with one adding that she had ‘mind-blowing strength’.

Cancer survivor and BBC presenter Victoria Derbyshire, 49, has been hailed as an inspiration by fans after stripping off for The Real Full Monty: Ladies Night 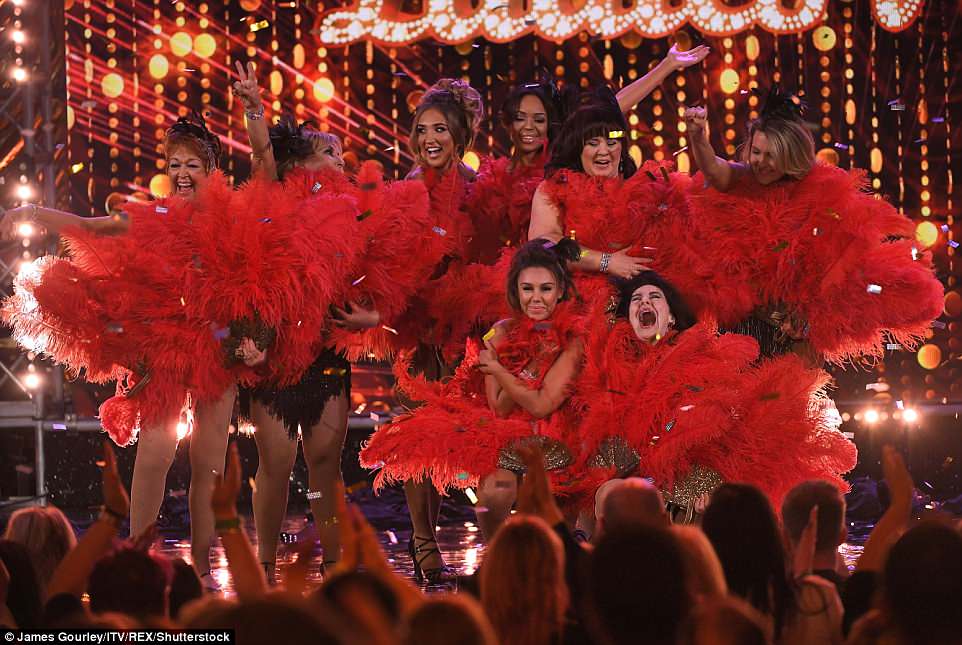 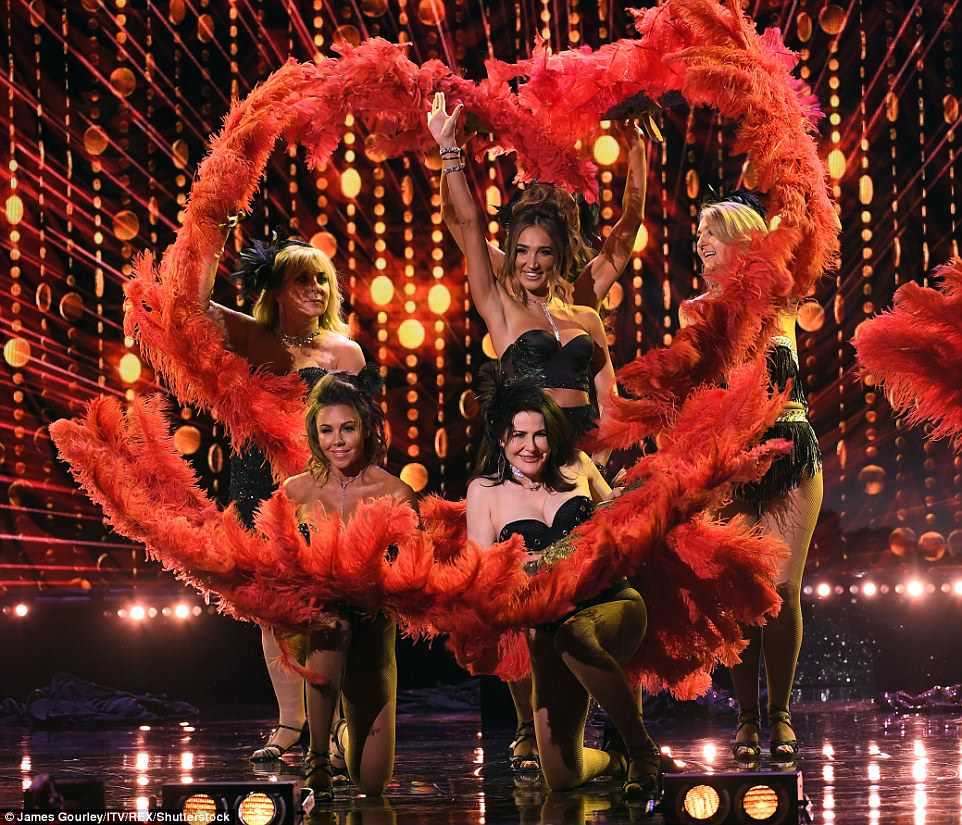 Victoria (right) had a few wobbles along the way, but eventually decided that taking part in the show was the right thing to do 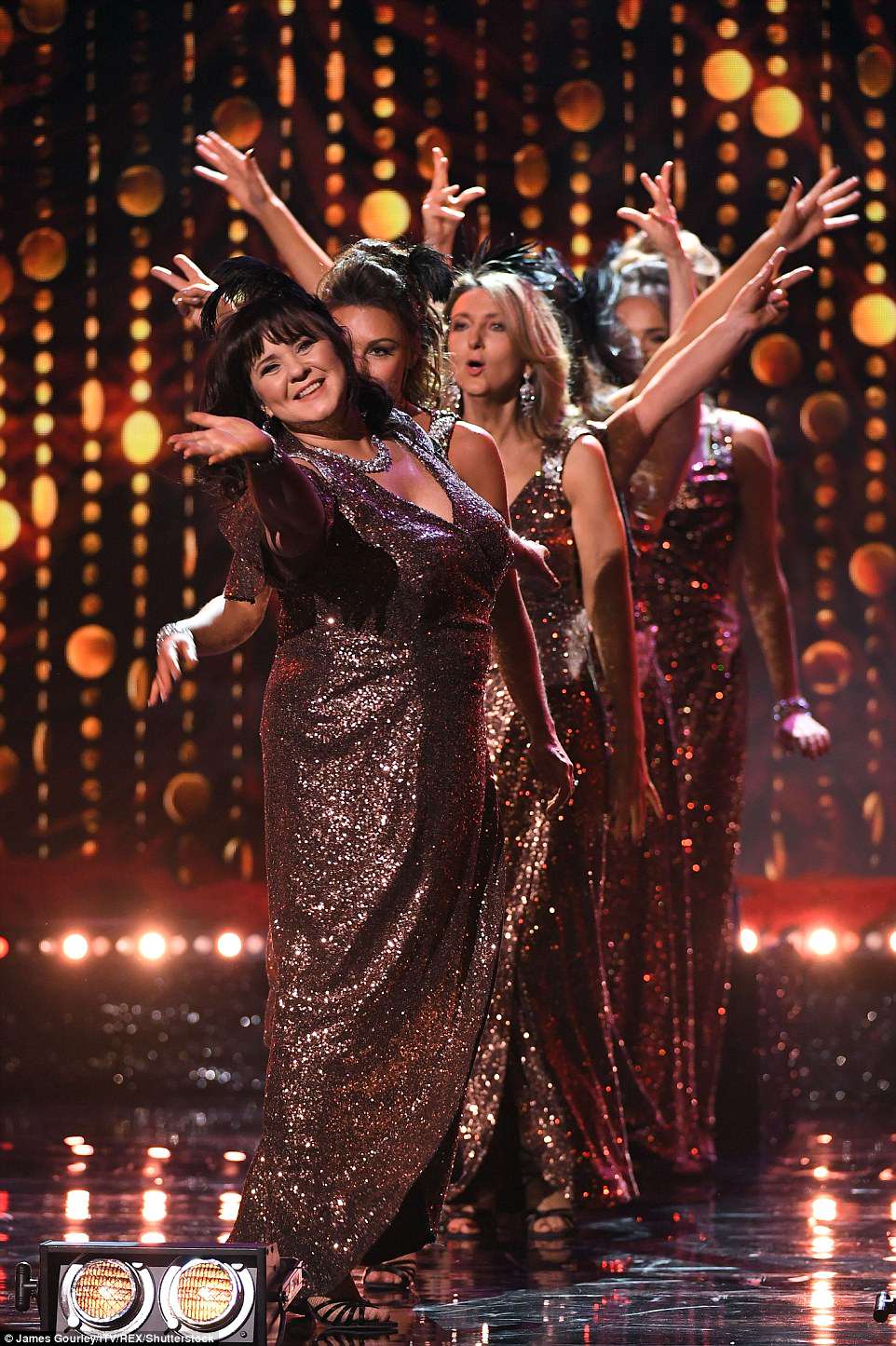 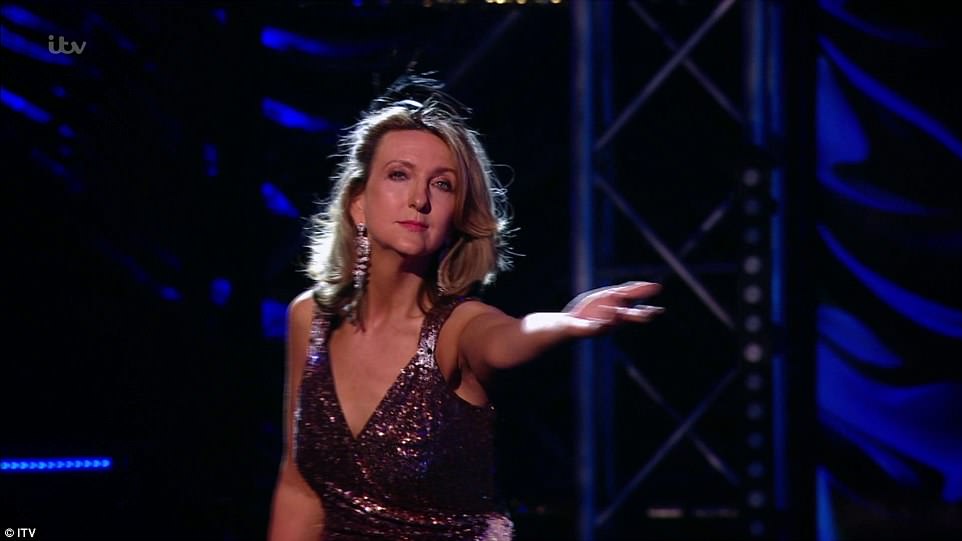 Despite her nerves during the initial rehearsals, Victoria was the picture of confidence as she performed the routine on stage 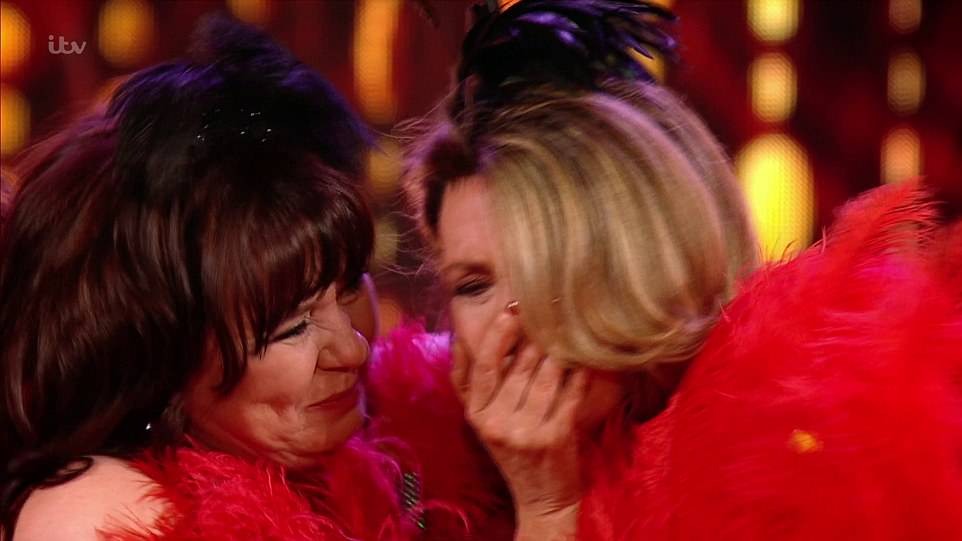 Coleen and Victoria experienced an emotional moment after the big performance 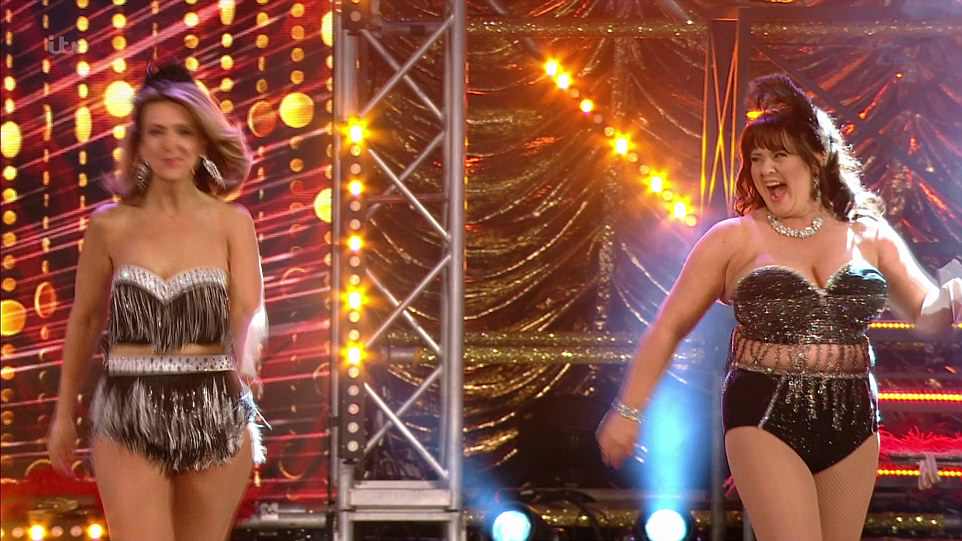 Doing it with confidence: The ladies stripped off their glittery dresses to reveal taselled bras and pants

During the first rehearsal she broke down in tears as Ashley Banjo of Diversity asked her to get on stage to practice her moves.

What type of cancer did Victoria Derbyshire suffer from?

Victoria Derbyshire suffered from Stage 2 Invasive Lobular breast cancer. The television star found out she may have breast cancer after she Googled ‘inverted nipple’ in July 2015.

Shortly after the current affairs presenter was diagnosed with breast cancer and went on to have a mastectomy, followed by chemotherapy and radiotherapy.

Invasive lobular breast cancer means that the cancer started in the cells that line the lobules and has spread into the surrounding breast tissue. The lobules are the glands that make milk when breastfeeding.

More than 1 in 10 breast cancers diagnosed (12.2%) are invasive lobular carcinoma. This type can develop in women of any age. But it is most common in women between 45 and 55 years old.

‘Sorry it’s pathetic. OK this is so out of my comfort zone. God, this is day one. What the heck?’ she said.

‘I haven’t cried for ages about having cancer or my body or whatever. I could just feel these hot tears. This is so embarrassing, I’m going to cry in front of all these women.

Looking back on her breast cancer diagnosis, she recalled how she was sure that her time was up.

However, after a mastectomy and reconstruction, chemo and radiotherapy, she is now cancer free.

She added: ‘I’m one of the luckiest women around for still being here. I know that’s not the same for everyone.’

The women also stripped off for a Calendar-girls style photoshoot to help them feel more comfortable about stripping off on stage.

And Victoria told the photographer off for asking her to hold the cakes protecting her modesty in a different position to make her breasts look more even.

‘That’s the whole point. One is real and one isn’t,’ she said.

However, she admitted to feeling nervous about stripping off and feeling insecure about how she looked.

She revealed she was thinking: ‘My breasts, there’s only one of them. One is artificial. Then you go, don’t be ridiculous. You swear a bit and get on with it.’

Victoria experienced another crisis of confidence after visiting the famous Moulin Rouge in Paris to see the dancers perform.

Rather than inspiring her, the experience seemed to put her off. 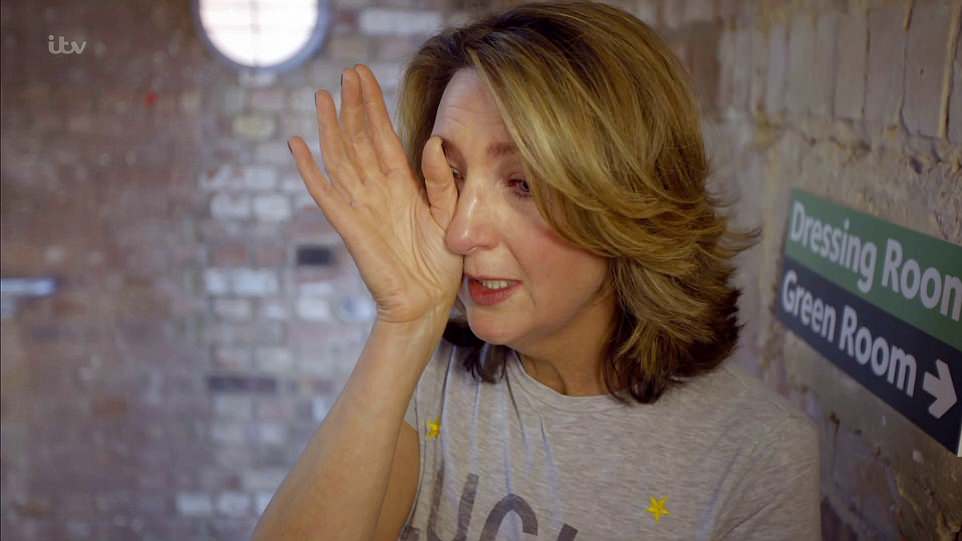 The presenter broke down in tears during the first rehearsal, and admitted it the process had brought back some difficult emotions 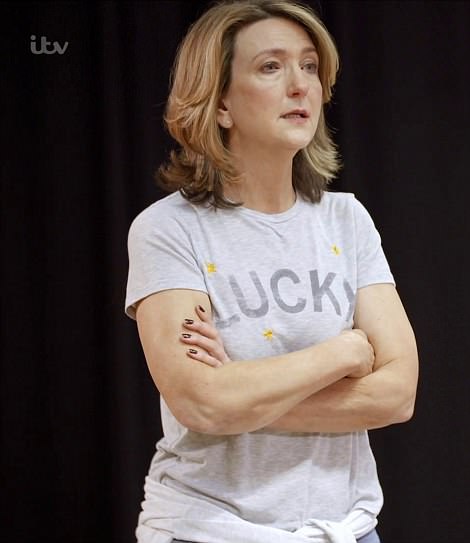 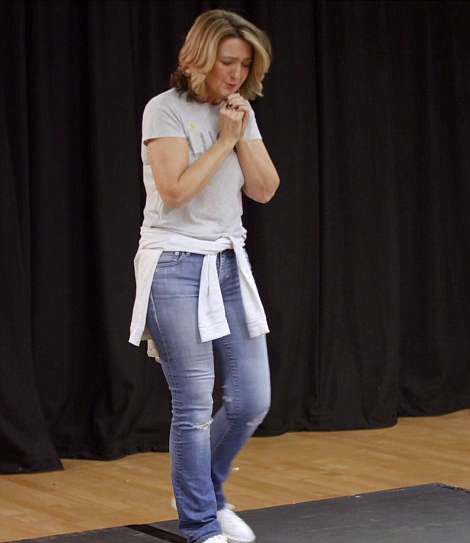 Victoria had a wobble when she first stepped on to the stage to practice her routine. She admitted to feeling embarrassed when she realised she was going to cry in front of everyone 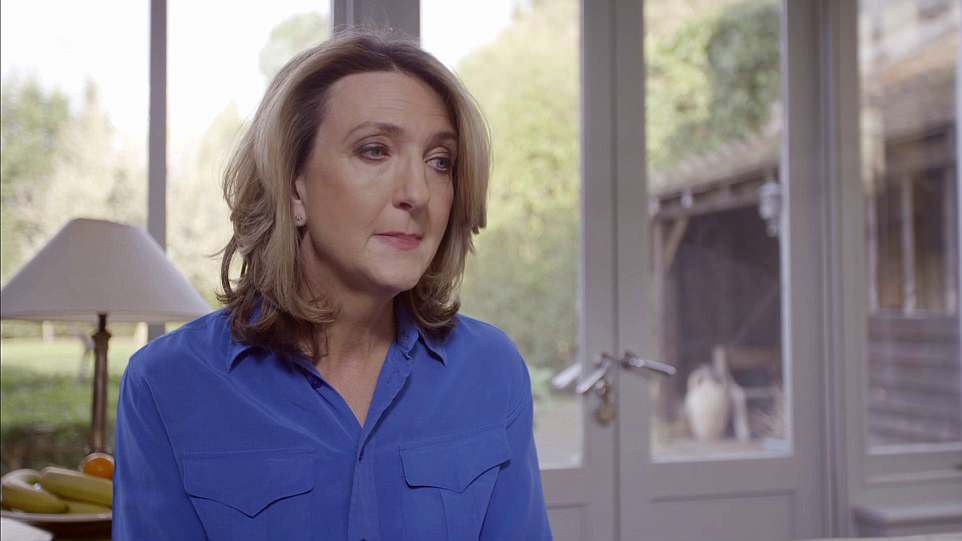 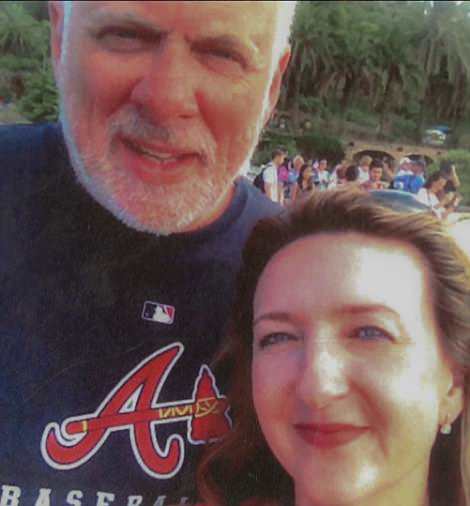 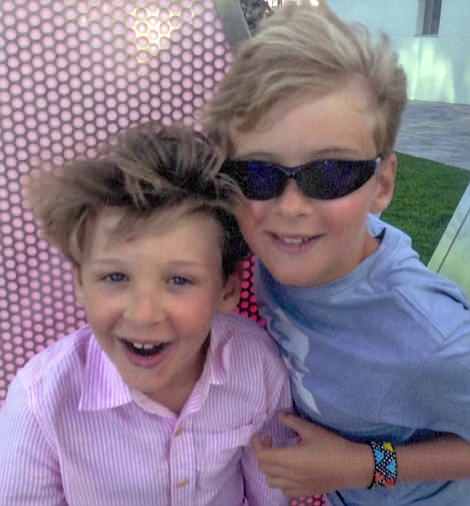 Victoria with her long-term partner, radio producer Mark Sandell (left). She said her worst fear was not getting to see her two sons grow up (right) 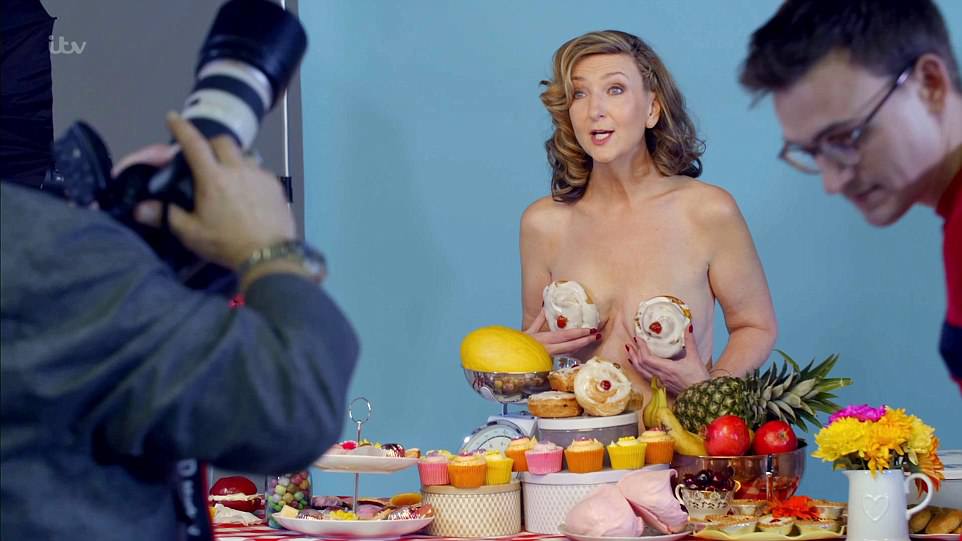 Victoria told the photographer off for advising her to adjust the iced buns to make her breasts look more even, saying the ‘whole point’ was to give a realistic view 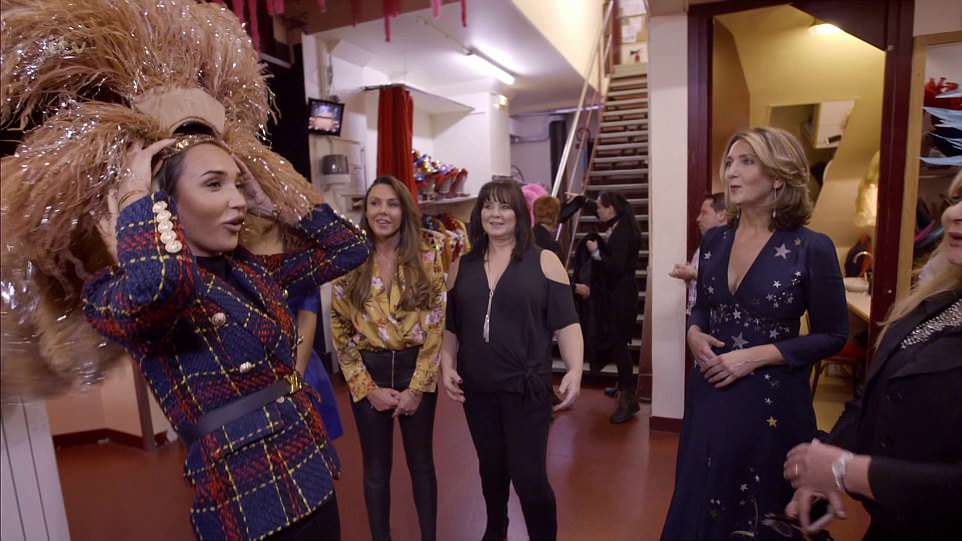 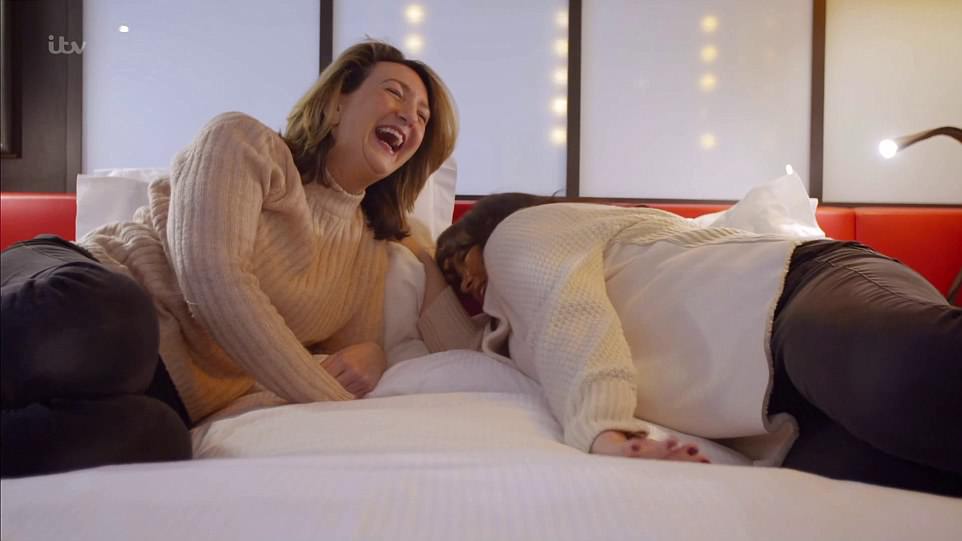 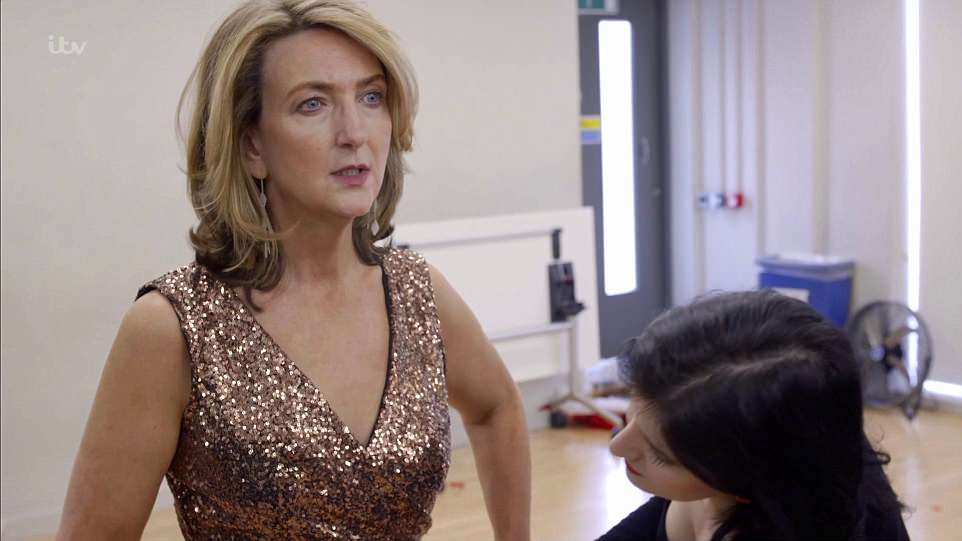 The breast cancer survivor during a fitting for her performance costume, created by a designer who has made costumes for Strictly 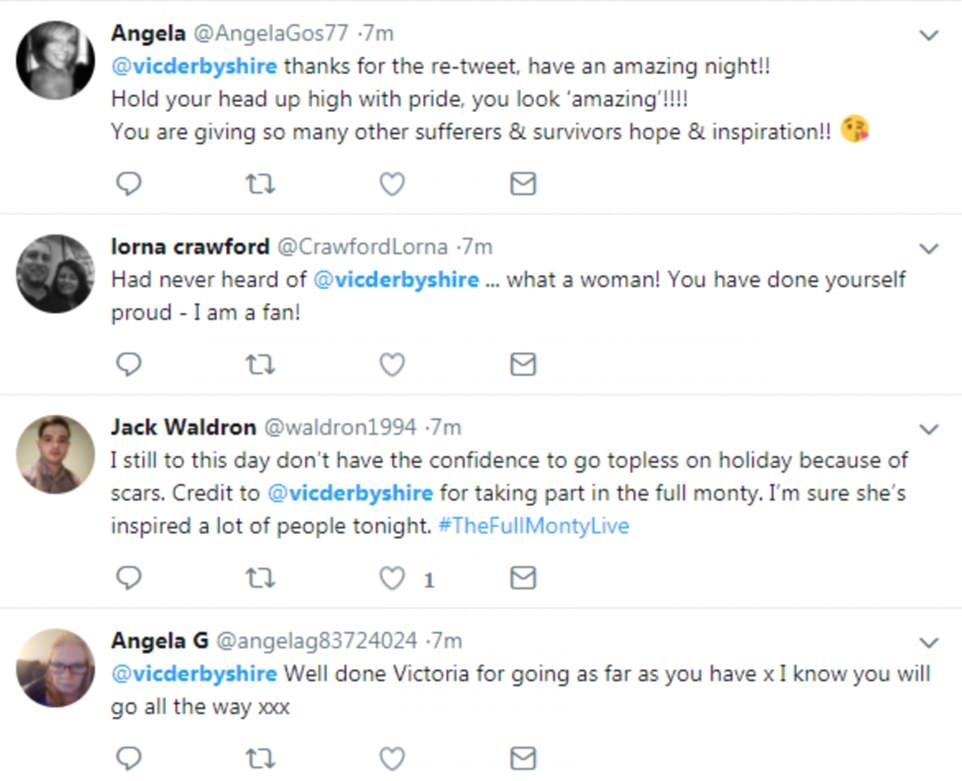 Fans took to Twitter to praise Victoria for her strength in taking part, with other cancer survivors saying she had inspired and moved them

‘It’s not right. We could do something else to raise awareness,’ she told Coleen Nolan.

But after sleeping on it, she came to the conclusion that it was the best way to forward.

‘When I was diagnosed I had so much support from other women. And we have to do the same. And if that involves creating a fun, noisy show let’s do it,’ she said.

However, she wobbled again when she saw the sequinned wrap dresses the costume designers produced.

‘I love the sparkles. I do feel there is quite a lot of flesh already exposed,’ she said. ‘I associate knickers and a basque with – nothing to do with breast cancer. Other things that are slightly more derogatory.’

Victoria Derbyshire, 49, was diagnosed with lobular breast cancer in July 2015.

The lobular form of the disease is where cancerous cells start to grow within the breast’s lobules (milk-producing glands) and then spread into the surrounding tissue.

It accounts for one in ten diagnoses of breast cancer and is most common in women aged between 45 and 55.

Tumours do not always form as a firm lump, making it difficult to diagnose.

The presenter was getting ready for bed on a Sunday night when she noticed one breast was lower than the other and her nipple was inverted.

She booked an appointment with her GP after googling the symptom and that Friday she was told she had a malignant tumour.

Unlike in other forms of the disease, surgery is performed first to remove the cancerous cells.

She then underwent a mastectomy on September 24 at Ashford Hospital in Surrey.

Just hours after her mastectomy operation, the BBC presenter recorded a video from her hospital bed to show the side of her removed right breast.

After receiving results from the tissue removed from her during the operation, she was told she needed chemotherapy and the radiotherapy to prevent the cancer from spreading and to try and prevent it from returning.

She had six sessions of chemo and 30 of radiotherapy and completed her treatment in May 2016.

She will have to take the drug tamoxifen daily for the next five to 10 years to try to stop the cancer from returning. 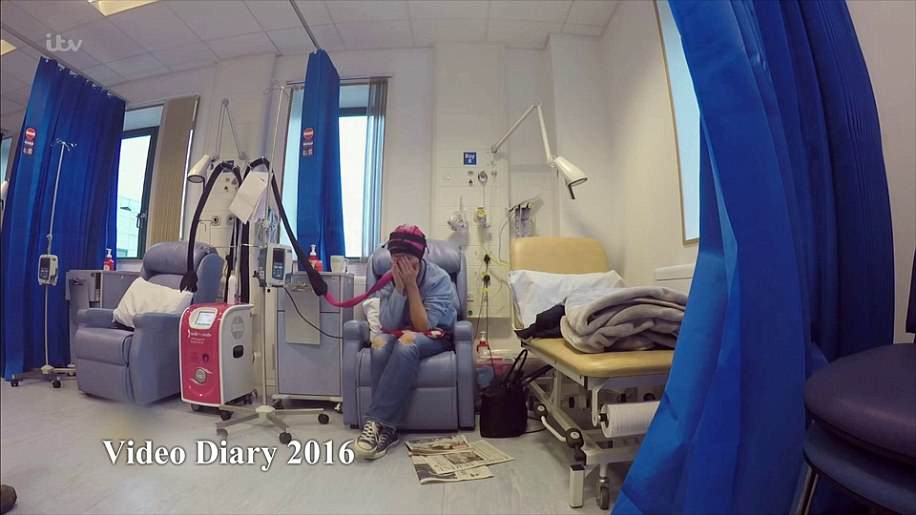 The presenter recorded a video diary charting her surgery, chemotherapy and radiotherapy