The Goldfinch is based on a 2013 novel by Donna Tartt, which is more than 700 pages long, extremely complex and exactly the sort of book that clever people normally describe as ‘unfilmable’. In this case, they might have been right.

Despite the clearly well-intentioned efforts of everyone involved – director John Crowley, screenwriter Peter Straughan, and a cast led by Ansel Elgort and Nicole Kidman – this is an ambitious film that adds up to something distinctly less than the sum of its lovingly polished parts.

There are definitely things to admire – some fine production design and Jeffrey Wright’s eye-catching supporting performance as Hobie, the kindly antiques restorer – but somewhere, even before we arrive by the canals of Amsterdam, where both book and film reach their unlikely climax, it’s clear that something has gone missing. 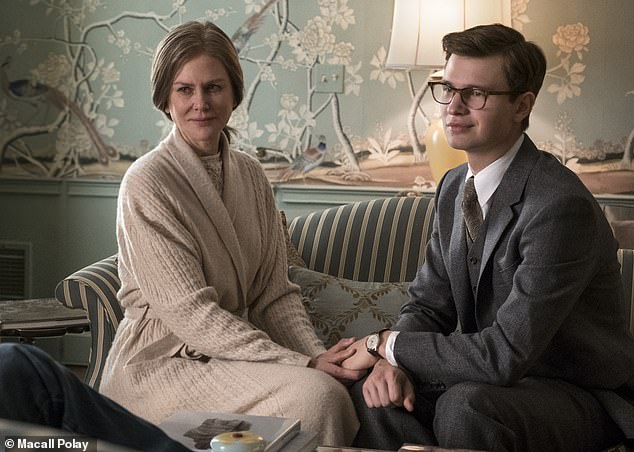 And no, I don’t mean the 1654 Dutch painting by Carel Fabritius that gives the film its title and, to a more limited extent on screen than on page, provides the driver of Tartt’s challengingly elaborate narrative.

In the book, how Fabritius’s masterpiece comes into the hands of 13-year-old Theo Decker is something we learn at the opening. In the film it only properly becomes apparent halfway through, which proves an unwisely long delay.

By then we have already learnt that bookish, Beethoven-loving Theo – played initially by the rather good teenage actor Oakes Fegley and later by Elgort – has lost his mother in a terrorist explosion at the Metropolitan Museum of Art in New York. 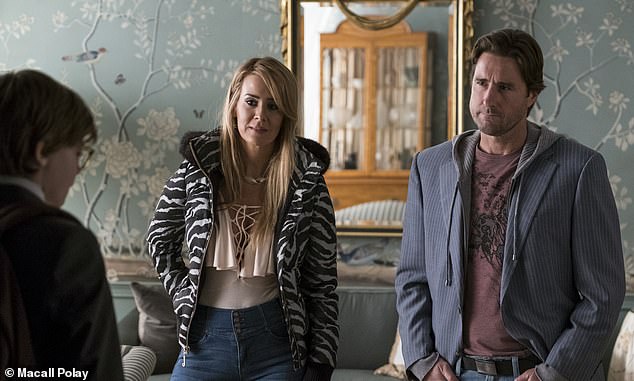 Theo has lost his mother in a terrorist explosion. With his alcoholic father (Luke Wilson, above with Sarah Paulson) already absent, Theo is reluctantly taken in by a wealthy family

With his alcoholic father already absent, Theo is reluctantly taken in by a schoolfriend’s wealthy family, the Barbours, where Nicole Kidman takes a strange-looking interest in her new charge.

But like too much here, that’s a detail that’s not really going anywhere.

What else is happening? Well, there’s clearly something painting-shaped tucked into a holdall; and Theo is haunted by the memory of a pretty, red-haired girl he saw at the museum just before the bomb went off. 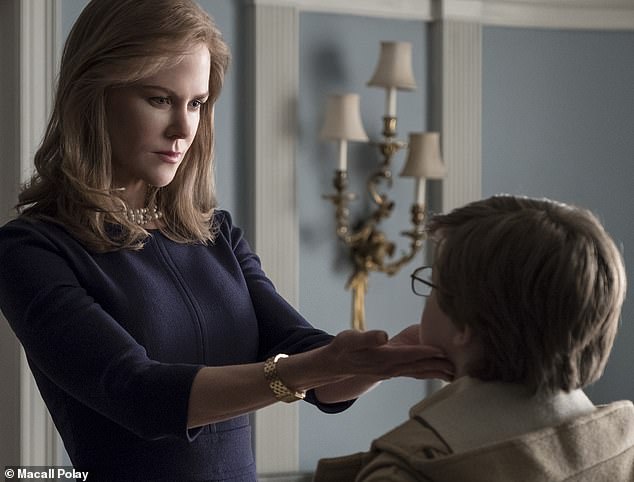 The Barbours (including Kidman) take a strange-looking interest in their new charge (Oakes Fegley). But like too much here, that’s a detail that’s not really going anywhere

He’s also befriended Hobie, whose antique-restoring workshop is just as I imagined (all veneers, pots of varnishes and strange old tools) but who disappointingly has a much reduced role to play.

Not least because Theo’s no-good father (Luke Wilson) is about to return to the picture and we’re all off to the desert suburbs of Las Vegas.

In the book the story follows a chronologically linear narrative, albeit a long one. In the film, Crowley – best known for directing Brooklyn – and Straughan opt to jump backwards and forwards in time, and, although the clear intention is to stay reasonably faithful, little plot points seem to go missing in the process or are reduced so much in scale that you’re left wondering whether they were even worth retaining.

Goldfinch author Donna Tartt was too small to wear normal clothes as a baby and was dressed in doll’s clothes instead. She’s now 5ft tall.

Pippa, Theo’s great love, the redhead he saw on that fateful day in the gallery, is a particular casualty of the latter. Whisper it quietly, but so is the painting, which seems a more damaging own-goal.

But the real problems are a distinct lack of jeopardy and the challenge of trying to work out what on earth the film is about. Is it significant that the goldfinch in the picture is chained to its perch?

How important is it that the explosion in the museum echoes Fabritius’s own violent death? Is it coincidental that no fewer than three of the young characters have lost their mothers by the time they reach their teens?

Goodness knows, I don’t. Which, after 150 very long minutes, is more than a bit of a shame.

The wealthy Le Domas family has a new member, the just-married Grace (Samara Weaving). So, as nobody does on their wedding night, she settles down to play games with her new family, draws the ‘hide and seek’ card out of a spooky old box, and suddenly discovers that the entire household is out to murder her. 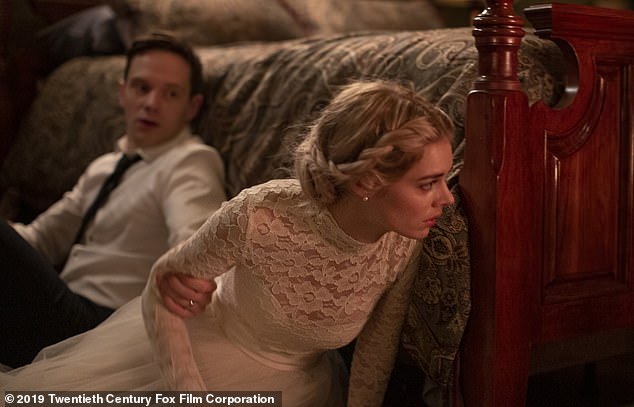 The wealthy Le Domas family has a new member, the just-married Grace (Samara Weaving, above). So, as nobody does on their wedding night, she settles down to play games

Jamie Bell – once of Billy Elliot fame – shaves his hair, covers his head with racist tattoos and does a lot of macho swigging from beer bottles to play a US white supremacist who sees the error of his thuggish ways.

With a supporting cast that includes Bill Camp and Vera Farmiga, it’s clearly well intentioned but never quite delivers.

The great Martin Scorsese improbably graces this small British film as executive producer. The director is Martha Pinson, with whom he has worked in the past. Unfortunately, the end result is an unlikely tale of London-based life that is mawkish, unconvincing and poorly executed.

Sebastian Street – who also co-writes with fellow cast member Stuart Brennan – plays Tesla, a wheelchair-using veteran of Afghanistan suffering from PTSD. But then he meets the enigmatic Sky (Brennan) and the pretty Katie (Stephanie Leonidas) and life starts to look up.

This is film-making by numbers.

Nearly 180 people died in the terrorist attacks on Mumbai in 2008 and the makers of this competent and certainly chilling dramatisation could argue that their film ensures they will not be forgotten. 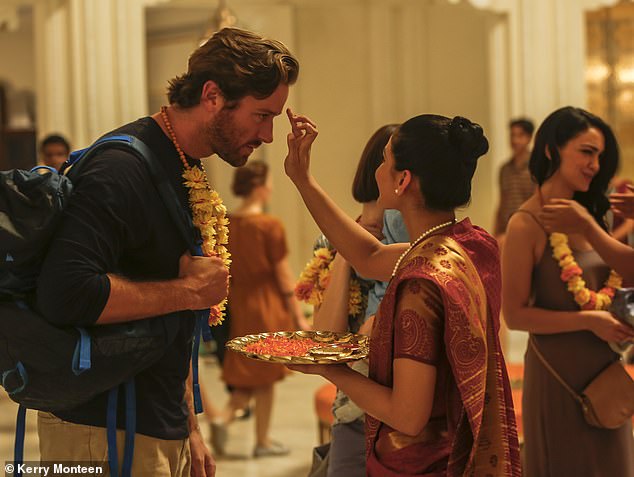 But for me – despite decent performances from the likes of Dev Patel, Armie Hammer and Jason Isaacs – it crosses the line where too many truly horrible deaths are served up in unflinching detail as entertainment.