Greedy foreign multinationals and technology have been blamed for Australia’s retail apocalypse.

An increasing number of suburban malls across Australia are derelict as more home-grown retailers are put into administration.

This is occurring as ordinary workers miss out on decent pay rises and the economy grows at a slower-than-usual pace – pushing retail sales growth to a record low.

Online shopping is also taking customers away from traditional shopfronts, with fashion sellers in particular struggling.

Retailers, however, are blaming shopping malls for jacking up the rent, as an increasing number of them fall into foreign hands, with cashed-up Singapore investors actively eyeing Australian assets.

Westfield Marion (pictured), the biggest shopping centre in Adelaide, was sold off to Singaporean company SPH REIT, who bought a 50 per cent share for $670 million

Dropping like files: Some of Australia’s recent retail casualties

In New South Wales alone, foreign interests own almost half, or 49.3 per cent, of the state’s commercial real estate, Property Council of Australia data showed.

‘Singaporean capital sources have continued to be relatively active,’ it said.

JLL’s Australian shopping centre report for 2020 forecast large-scale investors ‘driven by opportunistic timing’ would buy up shopping malls to cash in on ‘attractive yields’ with a longer-term view to re-development.

Other owners blamed surging costs, making it difficult for them to hire staff or remain solvent.

‘Christmas was slower than expected and I used to rely on that period to cover the rent,’ one said.

‘But now it is much more difficult.’ 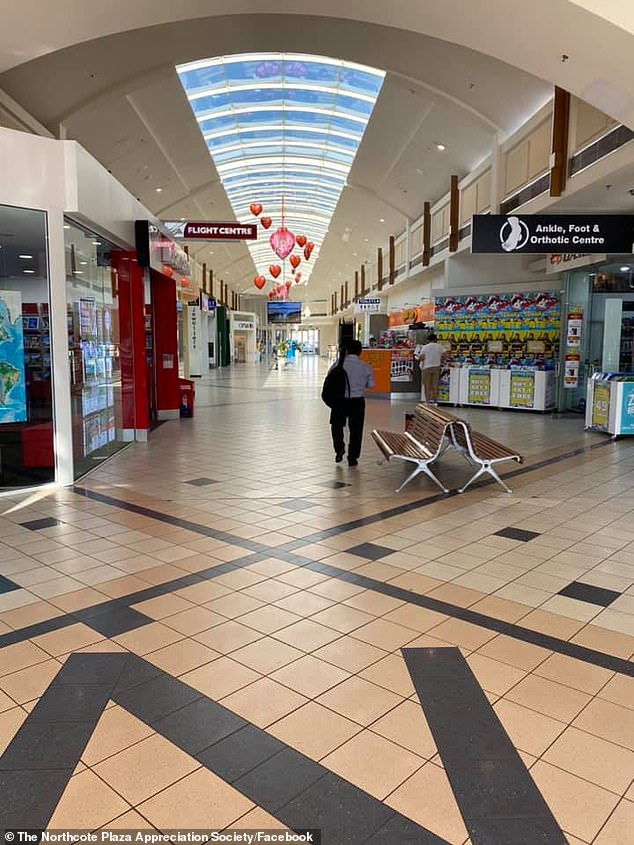 Many shopping plazas, like the Northcote Plaza in Melbourne (pictured) have seen a decline in visitors, as rents skyrocket for small businesses

Retail Doctor Group, a business consultancy, said Australia could be left with fewer traditional shops unless changes were made to combat the rise of online commerce giants like Amazon.

‘We haven’t even reached base camp with what’s about to change,’ the group’s chief executive Brian Walker told Daily Mail Australia.

‘Twenty-five years ago, there was a little online bookshop opening in Seattle, that business now turns over $250 billion a year.’

‘There’s a yield expectation for a shopping centre owner,’ he said.

As of September last year, Australia’s retail sector grew at the slowest pace since the 1991 recession.

The news has since worsened with Australian Bureau of Statistics figures released last week showing retail trade grew by just 0.3 per cent in 2019 –  the slowest annual growth rate on record. 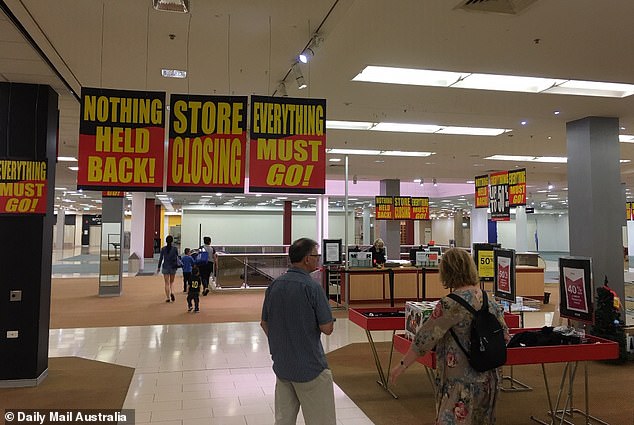 Australian Bureau of Statistics figures released last week showing retail trade grew by just 0.3 per cent in 2019 – the slowest annual growth rate on record. Pictured: the Myer store at Hornsby in Sydney’s north shortly before it closed in January after 40 years

HOW COULD OVERSEAS BUY-UPS AFFECT THE FUTURE OF AUSTRALIAN RETAIL?

This is a whopping 22 per cent of all transactions.

Sky-high rents could leave many Australian-owned businesses, big and small, forced to close.

It comes as the likes of US firm Amazon seek to grab a bigger market share.

CommSec senior economic Ryan Felsman said consumers were staying away from shops because they had little left in the bank after paying their bills – despite interest rates being at a record low.

‘Retailers who stick with a 90s style experience or operating model will continue to struggle,’ he told Daily Mail Australia.

‘Today’s shopper doesn’t go to a store to transact, that can be done anywhere, anytime.

‘They go to stores to experience, feel and connect with a brand.’

Foreign-owned property groups have increasingly turned to commercial real estate, hoping for higher yields even in a tough retail environment.

This included the $670 million sale of half of Adelaide’s biggest shopping centre, Westfield Marion, to Singaporean group SPH REIT.

A 50 per cent share of the Central Park centre in Sydney was also sold to a Singaporean-based company, SC Capital, for $174.5 million.

This means just 32 per cent of retail lots were bought by private Australian investors. 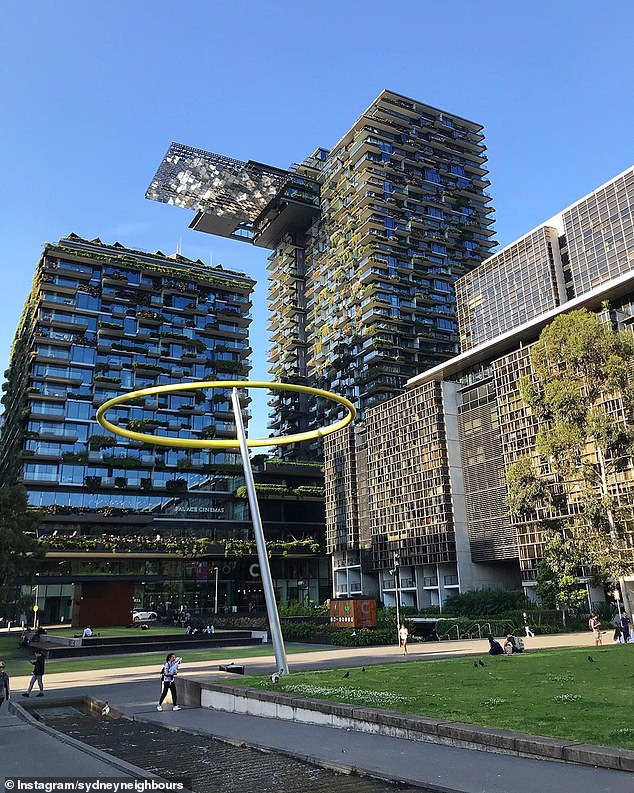 A 50 per cent share of the Central Park centre (pictured) in Sydney’s CBD was also sold to a Singaporean-based company, SC Capital, for $174.5 million.

The situation is looking dire for small businesses, who have seen rents skyrocket. 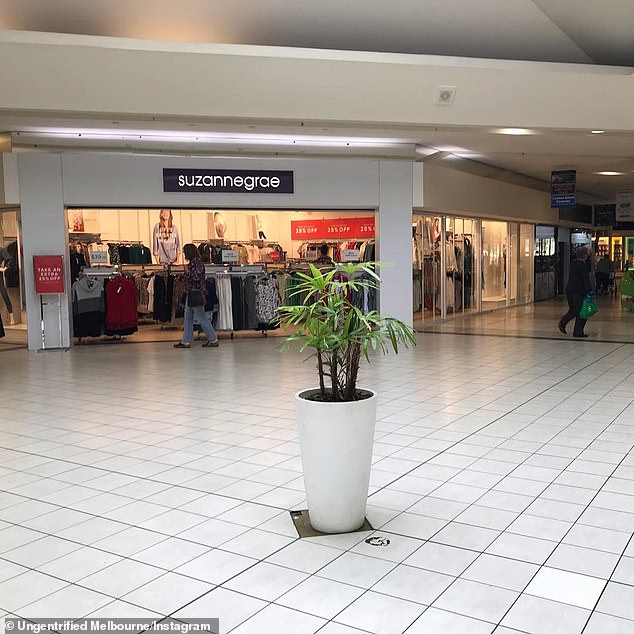 Shopping centres, such as the Northcote Plaza in Melbourne (pictured) are struggling to keep up footfall while retailers worry about rising costs

The pressure on business comes amid a series of closures of once-dominant retail brands, leaving the Australian shopping sector at risk of foreign takeover.

A Kmart in Melbourne’s Northcote Plaza will close in November after 39 years after its parent company Wesfarmers declined to renew the pricey lease.

The increasing popularity of online shopping, along with weak wages growth, is leaving families with less money to spend in their local mall. 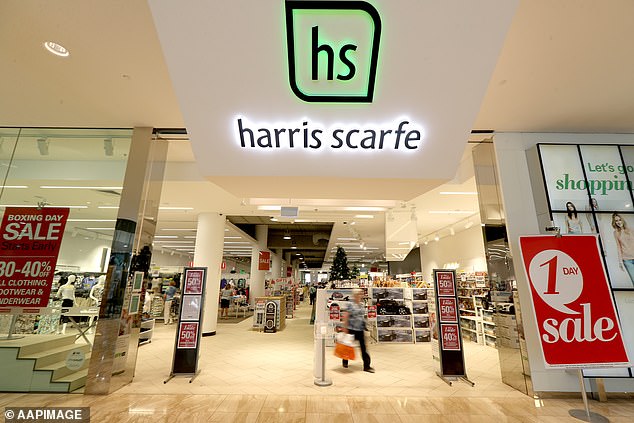 Harris Scarfe, (pictured), founded in 1849, took consumers by surprise when it entered administration in December and is now about to close at least 21 stores

HOW CAN SHOPPING CENTRES SURVIVE?

This includes offering community activities, expertise, and a series of extra offerings – making going to a shopping centre an ‘experience’.

‘I think the signs are already there,’ he said. ‘That the great retailers won’t think about retail so much, they’ll think about brand.

‘Shopping centres are trying to adapt into this model by offering great shopping and dwelling experiences.

‘They will think increasingly about their brand and how customers will be attracted there.

‘The A-Grade centres, the Chadstones of this world, they will flourish. They’ll be fine, and we see that globally – the Harrods and so forth, they’ll be fine.

‘And we’ll see a return to the community hubs, and those will have much more interactions with their communities – evening classes, education, much more community focus.

‘There’ll be less focus on the product sales, because that will be going on online. There’ll be much more focus on expertise, knowledge, uniqueness and experience.’

Around 7.6 million Australian households shopped online in 2018, making it the rare area of growth in an otherwise struggling sector.

Falling prices will then allow foreign investors to scoop up more cheap retail real estate, which is can offer better yields than residential property.

Homewares store chain Harris Scarfe, founded in 1849, took consumers by surprise when it entered administration in December and is now about to close at least 21 outlets.

Days later the country’s sixth-largest wine company McWilliam’s Wines, which has been around for 140 years, announced it had appointed voluntary administrators. 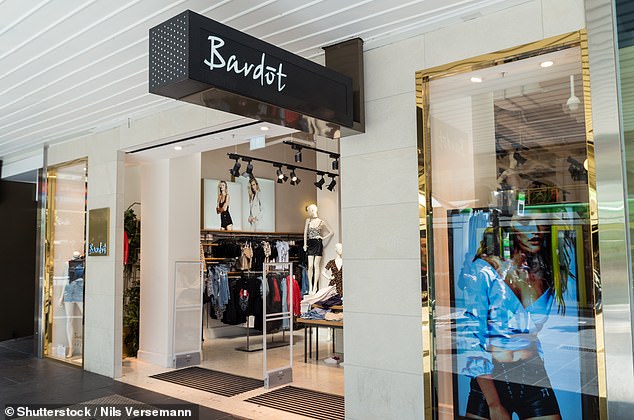 Fashion chain Bardot (pictured, its store in Melbourne) is closing 58 stores across Australia

Popular video game chain EB Games was the next to announce it would downsize, with 19 stores set to close in coming weeks.

Administrators from Deloitte Restructuring Services said the country’s dire retail climate was at the centre of the business’s failure.

Small businesses with concerns about their rental agreements are advised to contact their state’s small business commissioner or the Australian Small Business and Family Enterprise Ombudsman, before they signed a lease. 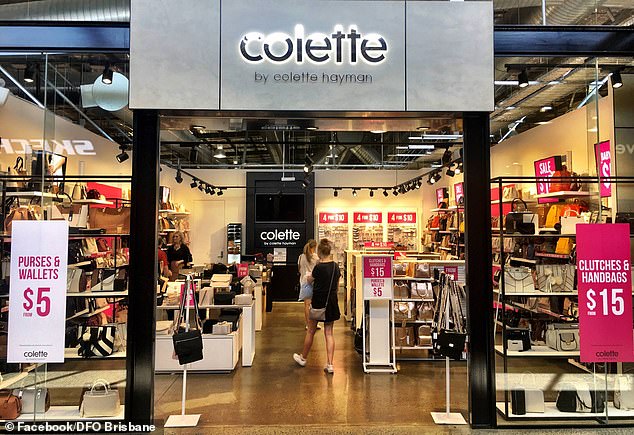