The remains of Jakelin Caal Maquin, 7, arrive in her native Guatemala

The body of a 7-year-old girl who died while in custody of the U.S. Border Patrol arrived in her native Guatemala on Sunday.

The coffin was loaded into the back of a black hearse by workers in orange vests.

Jakelin Caal died on December 8 in a hospital in El Paso, Texas, in the early hours of the morning.

Her remains were then driven hours into the countryside to be handed over to family members for a final goodbye in the village of San Antonio Secortez.

Domingo Caal, the girl’s grandfather, told The Associated Press that the family didn’t have money to travel from their poor hamlet to Guatemala’s capital.

At his home in the department of Alta Verapaz, relatives set up a small wooden altar flanked by vases overflowing with flowers.

Photographs of Jakelin lined the walls with the hand-lettered message ‘We miss you’.

Behind the house, dozens of women prepared tamales and beans to feed mourners.

Relatives expected the body to arrive in the pre-dawn hours Monday in the hamlet of about 420 people who mostly live off growing of corn and beans.

The village has no paved streets, running water or electricity, and residents say declining crop yields and a lack of work have pushed many in the community to emigrate in recent years. 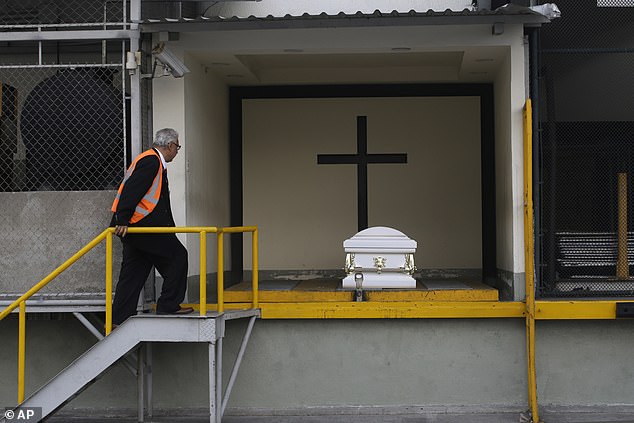 A man, thought to be a government official, approaches the body of Jakelin Caal Maquin after her remains were repatriated to Guatemala at La Aurora International Airport on Sunday 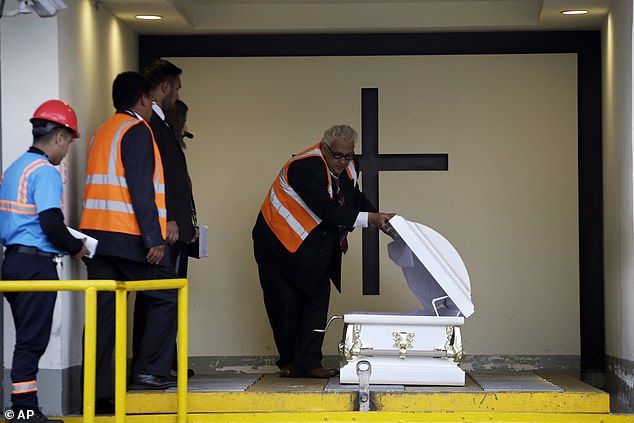 A man, thought to be a government official, identifies the body of Jakelin Caal Maquin. Domingo Caal, the girl’s grandfather, told Associated Press that the family didn’t have money to travel from their poor hamlet to Guatemala’s capital 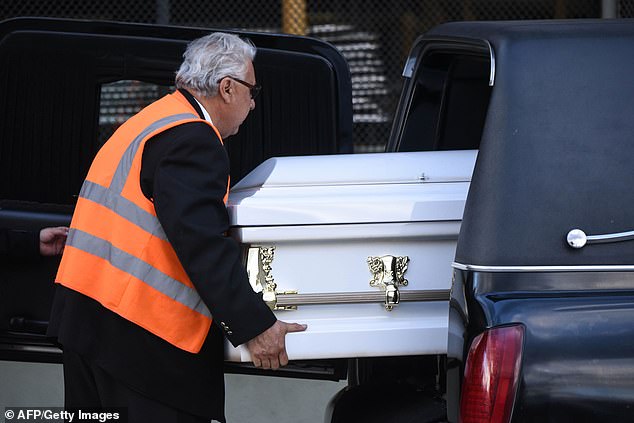 Caal and her father, Nery Caal, were traveling with a group of 163 migrants who arrived at the New Mexico border earlier this month.

After they were taken into custody December 6, the father told a U.S. agent that the girl was sick and vomiting.

Her death marked another turning point in the debate over the Trump administration’s hardline approach to immigration enforcement with many  questioning whether better medical care could have saved her.

A GoFundMe page authorized by the Guatemalan consulate has been set up to help Jakelin’s family.

The funds will cover the family’s basic needs, including medical care for the girl’s three siblings and the construction of a bathroom and a kitchen in their home, said Priscilla Villareal, a community organizer in Texas who created the page.

This week the Department of Homeland Security released a more detailed timeline of the events which preceded her death.

She was detained along with her father Nery at 9.15pm on December 6th as they crossed into the US in New Mexico illegally.

At 10pm that night, Nery was questioned about their health and, according to Customs and Border Patrol, told agents that neither he nor his daughter had health problems.

U.S. Customs and Border Protection officials say he did not understand when he was asked in Spanish if his daughter was in good health and answered yes because his native tongue is Mayan.

Nery was questioned in Spanish and his answers were translated to English and marked onto a Form I-779. 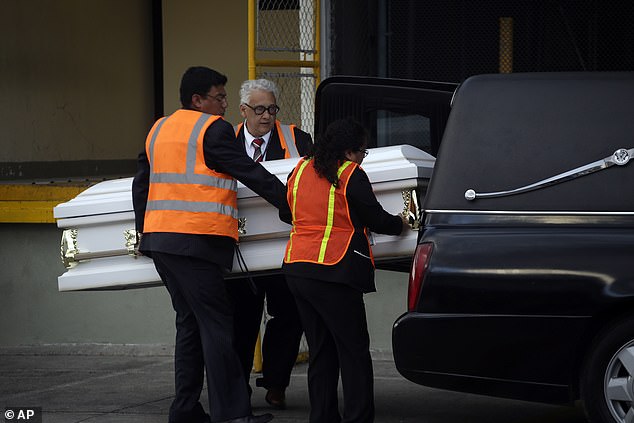 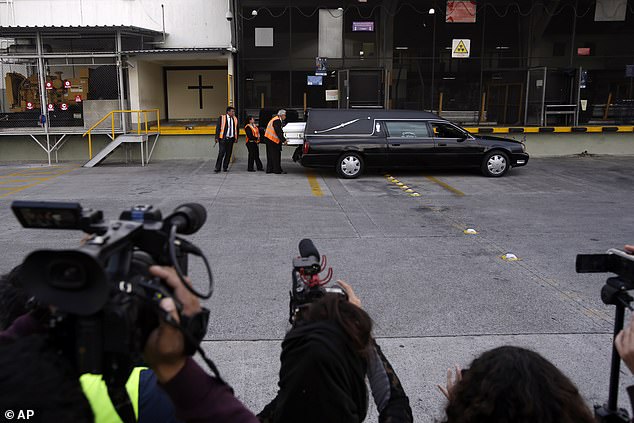 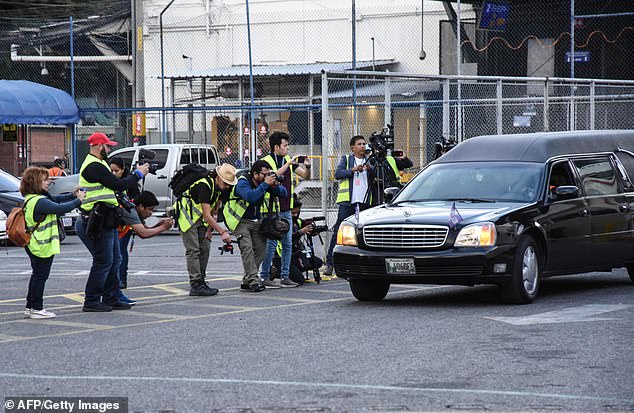 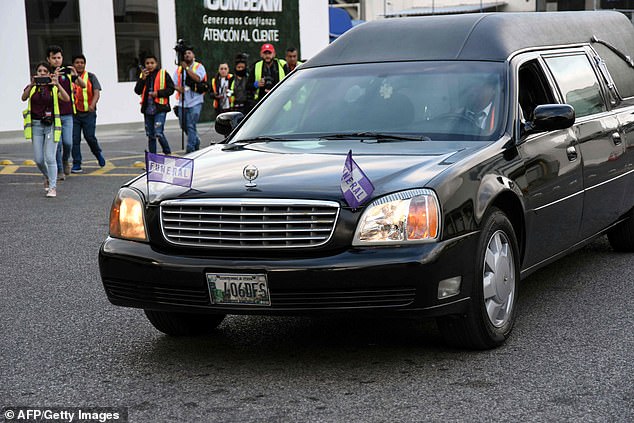 Nery was questioned in Spanish and his answers were translated to English and marked onto a Form I-779.

But in light of the fact that Spanish was not, as they claimed, his first language, it remains unclear if Nery knew what he was saying when he told the agents that his daughter was healthy.

It also remains unclear what he would have told them had he understood the questions fully. 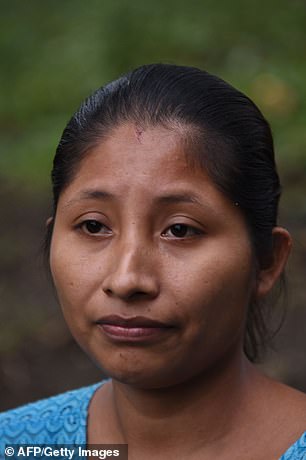 Jakelin’s mother Claudia Maquin said of her death: ‘Every time they ask me what happened to the girl, it hurts me again’

‘Jakelin and her father speak Q’eqchi’ and Spanish is their second language. Neither of them speaks English.

‘Yet, CBP is relying on forms signed by her father which are in the English language.

‘It is unacceptable for any government agency to have persons in custody sign documents in a language that they clearly do not understand,’ lawyers Enrique Moreno, Elena Esparza and Lynn Coyle, who represent Caal’s father, said in a joint statement.

He also fought the government’s initial claim that Jakelin had not eaten or drank water for ‘days’ before she died.

‘Prior to going into CBP custody and contrary to the report that Jakelin ‘had not eaten or had any water for several days,’ Jakelin had not been crossing the desert for days.

‘Jakelin’s father took care of Jakelin – made sure she was fed and had sufficient water.  She and her father sought asylum from border patrol as soon as they crossed the border.

‘She had not suffered from a lack of water or food prior to approaching the border,’ the lawyers said.

The child’s cause of death has not yet been determined and no information about her autopsy has been released.

Last week, CBP officials spoke on a conference call along with officials from the Department of Homeland Security where they gave reasons including brain swelling, liver failure, septic shock and dehydration for her death. 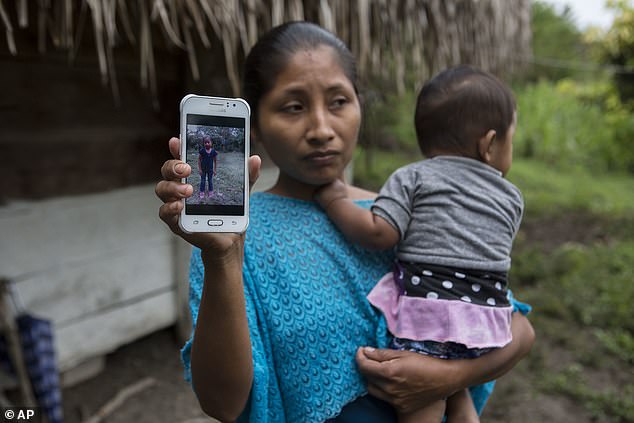 Claudia Maquin, 27, shows a photo of her daughter on December 15 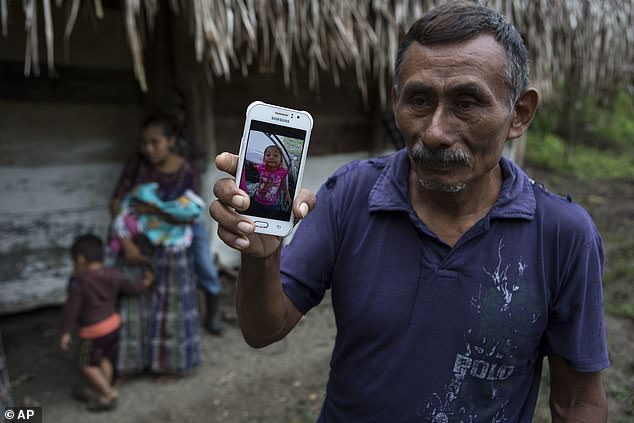 Domingo Caal Chub, 61, (pictured), Nery’s father, and the rest of the family are said to speak a Mayan dialect with both English and Spanish being their second languages

Nery is now staying at Anunciation House, a shelter for migrants in El Paso. It is not known if he will travel back to the village where his family lives to mourn the death of Jakelin.

Guatemalan Foreign Ministry spokeswoman Marta Larra said the ministry had sent a diplomatic note to the U.S. State Department asking for it to monitor the case and determine the cause of death.

Domingo Caal said his son has a January 3 court date in the United States to determine his migratory status.

Tekandi Paniagua, the Guatemalan consul in Del Rio, Texas, told The Associates Press that he had spoken with the girl’s father who said he had no complaints about how they were treated.

Caal asked the Guatemalan consulate in Texas, which had reached out to him, if he could see his daughter one last time before her body was sent back to her homeland. 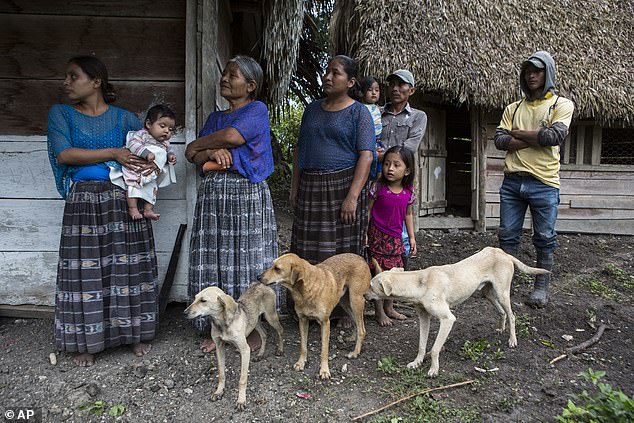 Members of the Caal Maquin family and neighbors stand in front of Claudia Maquin’s house in Raxruha, Guatemala 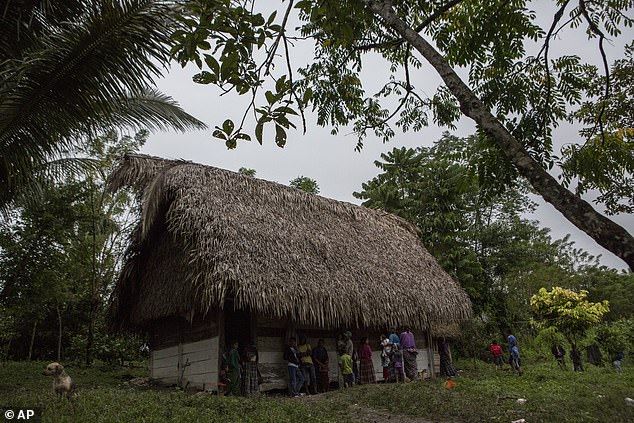 This is the home Jakelin lived in with her father, mother, grandfather and three siblings where they survived on $5-a-day 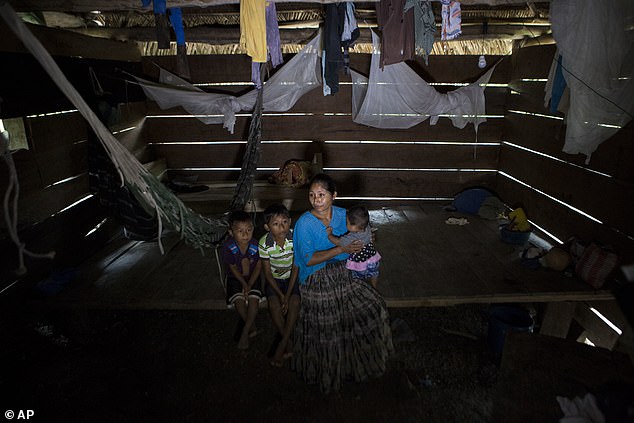 That request prompted special arrangements at a private funeral home last Friday, when he said goodbye to Jakelin.

The family lives in a hut in San Antonio Secortez, a mountainous hamlet which has only 420 inhabitants, and they survive on $5-a-day which they earn through harvesting corn and beans.

According to the family, Nery paid a smuggler to take him and Jakelin to the border. His father Domingo, who speaks Spanish like ‘most’ other men in the town, told The Associated Press that he borrowed money to pay for their journey and used their plot of land as a surety.

‘He was desperate,’ he said.

The family contradicted what his lawyers seemed to suggest by saying that they never intended to apply for asylum.

Most of the men in the village know Spanish but Nery’s was ‘broken’, according to Guatemalan officials.

Jakelin’s mother Claudia held back tears as she described her life in Mayan. Her grandfather, Domingo Caal Chub, 61, translated her remarks into Spanish.

‘Every time they ask me what happened to the girl, it hurts me again,’ she said.

Border Patrol officials on Friday maintain that agents did everything they could to save the girl but that she had not had food or water for days.

Jakelin’s family is asking for an ‘objective and thorough’ investigation to determine whether officials met standards for taking children into custody.