Australia’s $20 banknote is being replaced next month after 25 years in circulation – and it isn’t because of counterfeiting.

English-born teen convict turned businesswoman Mary Reibey will continue to feature, along with Presbyterian minister Reverend John Flynn, who founded what is now known as the Royal Flying Doctor Service.

The old $20 banknote, which first went into circulation in October 1994, is being retired next month.

The English-born convict-turned businesswoman was just 13 when she was convicted of stealing a horse in the West Midlands town of Stafford in July 1790.

She was also dressed as a boy when she was arrested, and disguised herself as James Burrow.

The convicted felon was transported to the colony of New South Wales.

The girl, then known as Mary Haydock arrived in Sydney in October 1792 and two years later married Irish free settler Thomas Reibey, who worked for the East India Company.

When her husband died in 1811, Mary Reibey was left with seven children and many business interests, as a ship owner, importer, hotel licensee and farmer.

The former convict became one of the colony’s most respected citizens.

While the new note will have a new top-to-bottom window to prevent counterfeiting, the Reserve Bank of Australia has revealed the key reason the old note is being replaced.

Shane Aves, an analyst with the central bank, said the existing $20 note only lasted for 10 years on average, through everyday use.

‘For these banknotes, the end of their useful life can occur either through an accumulation of inkwear, or because the series they belong to is eventually retired,’ he said in an RBA bulletin this week.

‘This banknote upgrade program, after roughly 25 years using the previous polymer banknote series, provides a good opportunity to evaluate how our banknotes have worn in use.’

‘This is consistent with lower-denomination banknotes incurring higher wear through greater use for transactions,’ Mr Aves said. 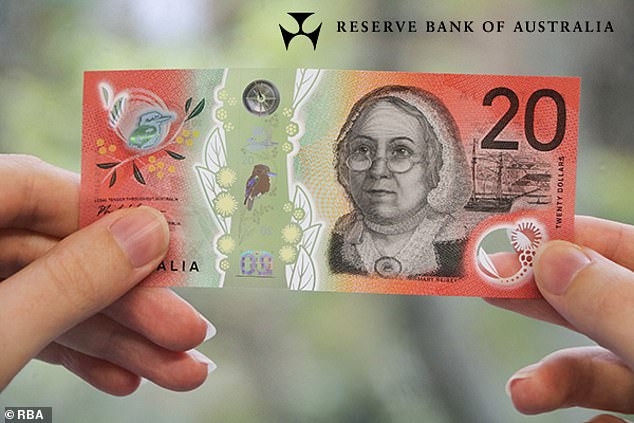 ‘Overall, I find that over their period of use, the average life of old-series polymer banknotes increases as the denomination gets higher,’ Mr Aves said.

The move towards replacing paper money began in 1988 when a limited-edition $10 note circulated to commemorate the bicentenary.

Less than four years later, a $5 polymer note featuring the Queen permanently replaced a paper banknote which had humanitarian Caroline Chisholm on it.

By 1998, Australia had replaced all of its paper banknotes, making it the first country in the world to have a polymer-based currency to prevent counterfeiting. 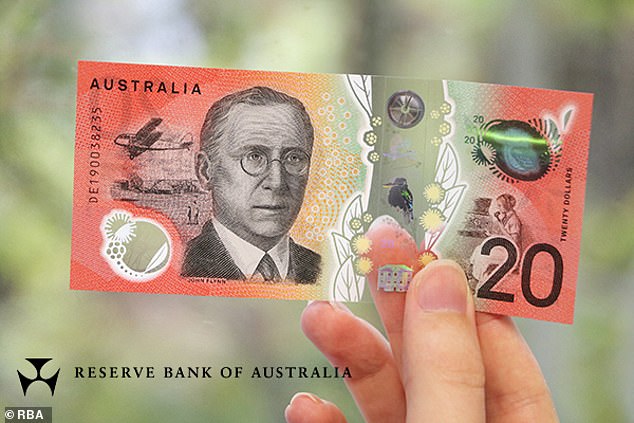 Presbyterian minister Reverend John Flynn, who founded what is now known as the Royal Flying Doctor Service will also feature on the new $20 bill