‘The results will come…if they don’t a new coach will’: Xavi AGAIN casts doubt on Barcelona future

‘The results will come… and if they don’t a new coach will come’: Xavi talks up the sack at Barcelona AGAIN after their dismal Champions League exit but says he feels ‘confident in their project’ despite mounting pressure

Barcelona manager Xavi has taken the strange narrative to cast doubt on his future at the club after revealing that he will be replaced unless his side win trophies and pick up results this season.

Inter Milan’s 4-0 win over Viktoria Plzen in the Champions League on Wednesday saw the Catalan club relegated to the Europa League, marking Barcelona’s earliest exit from the top-tier tournament in 24 years.

Their 3-0 defeat to Bayern Munich later that night heaped further misery and embarrassment on the five-times European champions. 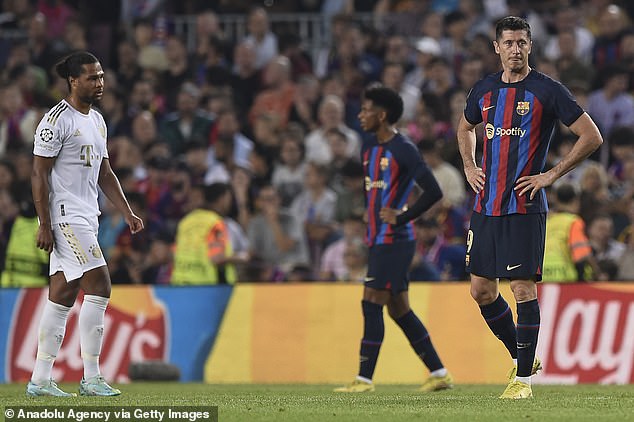 Xavi, one of the club’s legendary midfielders and now head coach, has come under pressure for a turbulent start to the season with the club striving for success in La Liga, but struggling up against top teams in competition football.

The 42-year-old previously admitted that he would suffer the ‘consequences’ from Barcelona president Joan Laporta if he was unable to show on-pitch progress was being made. 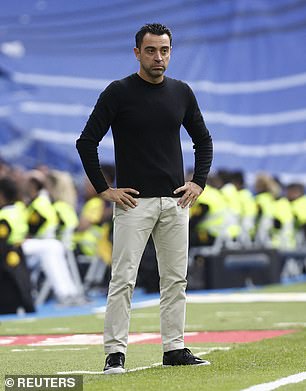 ‘With the effort made by the club and the squad we have, we have to compete for trophies,’ he said at his press conference ahead of Thursday’s clash with Villarreal.

‘And if we don’t win, as the president said, there will be consequences, starting with me.

‘If we don’t win, another coach will come in. But I am going to give everything so that this works,’ Xavi stated previously.

A group stage dismissal in the Champions League will cost the club £20million, plus add-ons for later progression into the tournament, with their drop into the Europa League a blemish on Barcelona’s record. 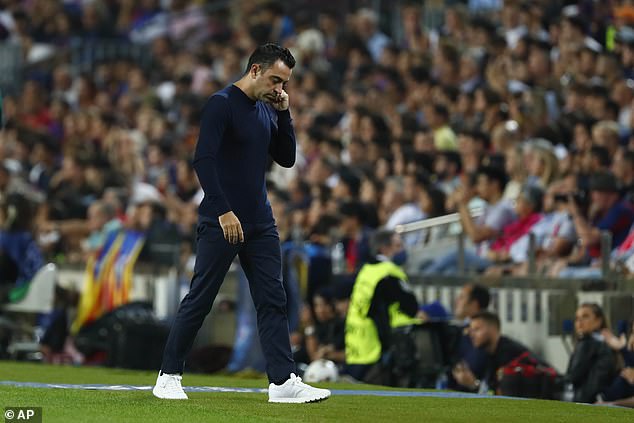 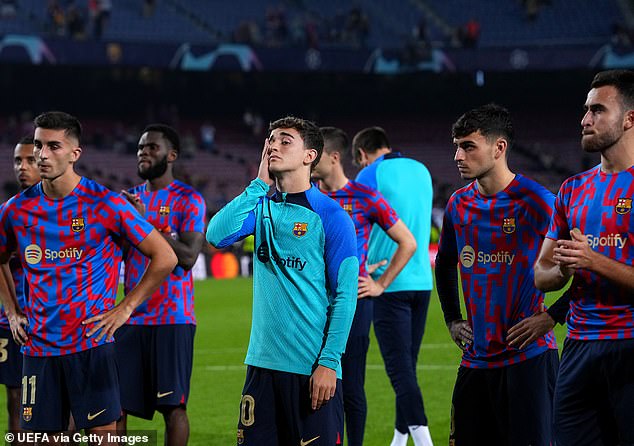 Heading into Saturday’s league encounter with Valencia, Xavi has again adopted a realistic approach to his future at the club, admitting that his time in charge of his former side could be cut short.

‘I feel confident in this project. This season the goal is to win titles,’ tweeted Fabrizio Romano.

‘The results will come… and if they do not come, then a new coach will come’. 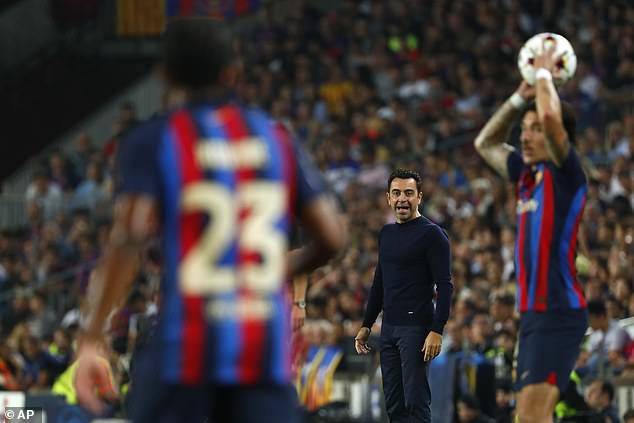 ‘Signings in January? The board is working, of course — but it’s too early to talk about this’.

Barcelona remain three points behind unbeaten rivals Real Madrid in La Liga following their 3-1 El Classico dismantling earlier in October. Since then Xavi’s side of star-studded talent has won two games and lost once.