The rise of the ‘grooming gap’: Women admit how much it REALLY costs to ‘look the part’ at work

How long did you spend getting ready for work this morning?

Odds are it was longer than your partner – and involved a laborious routine consisting of applying skincare products, make-up, styling your hair and picking out an outfit.

Research suggests it’s time well spent – a study conducted by sociologists Andrew Penner and Jaclyn Wong from the University of California and University of Chicago respectively found grooming matters more than attractiveness when it comes to netting a higher income.

They found that overall, attractive people earned about 20 per cent more than ‘average-looking’ people. When the researchers compared people of the same level of attractiveness to one another, they discovered well-groomed people earned more money than poorly groomed.

‘Being attractive is not enough; it is doing attractiveness appropriately [being well groomed] that proves one’s deservingness and is what gets rewarded in the labour market,’ they concluded in the report.

Mother-of-two Natasha Pilbrow, 43, a former entertainment lawyer and founder of beauty platform LeSalon, from London, spends at least £150 a month on her appearance – and that’s not counting clothes

Good job too, given the cost of ‘looking the part’ imposed on women. This silent and financially costly expectation regarding appearance imposed on female workers is what’s known as the ‘grooming gap’.

The average British woman is thought to spend a total of £12,645 on health and beauty products in their lifetime – roughly the same price as the average first-time buyer’s mortgage deposit.

It’s widely accepted that female grooming products are often more expensive than men’s – a rift dubbed the ‘Pink Tax’. Everyday items such as razors, deodorant and moisturiser, as well as services such as haircuts and dry cleaning bills, come with a hefty premium when marketed at women compared to men.

Then there’s the fact that women still earn less than men overall – in April last year it was reported nearly half of all major British companies have failed to reduce their gender pay gap in 12 months, despite pressure from the government and public scrutiny.

Mother-of-two Natasha Pilbrow, 43, a former entertainment lawyer and founder of beauty platform LeSalon, from London, spends at least £150 a month on her appearance – and that’s not counting clothes.

When she was a lawyer, she admitted she enjoyed greater success at work when she made an effort with her appearance.

‘In private practice there was definitely a requirement to look professional and suitably dressed,’ she told FEMAIL. 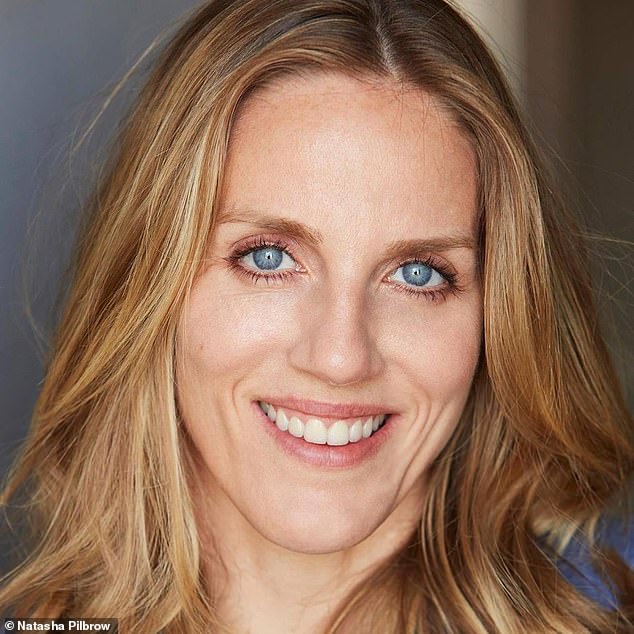 ‘In corporate environments at least, there’s a sense that men can wear a suit and shoes and they’re done; whereas women need to consider whether or not they should wear heels, the length of their skirt, and how their hair and make-up looks,’ says Natasha

‘There was no requirement to have regular manicures and blow dries in my old job, but for me on a personal level, being well groomed gave me a sense of control and confidence.

‘Indirectly there were wins when I was a lawyer when I made an effort with make-up and hair on the basis that if I felt more confident off the back of having a manicure or a blow dry, I was probably more assertive in meetings.

‘No one has ever commented negatively when I haven’t worn make-up or had my hair done, but when I have made an effort colleagues would say, “You look nice,” or “Your hair looks great.”

‘In my current job, I get manicures every two weeks, which costs about £65 a month; and then I get my haircut two to three times a year at £120 a go, and highlights twice a year at £180. I don’t get my make-up done but probably spend about £300 a year on cosmetics.’

Fashion blogger Urszula Makowska, 25, who lives in New York, used to work in the bridal retail industry. She explained there was a strict policy in place regarding dress code, which made it mandatory to wear a certain style of make-up, have her hair done and wear a dress or suit with heels – the cost of which was all expected to come out of her own pocket. 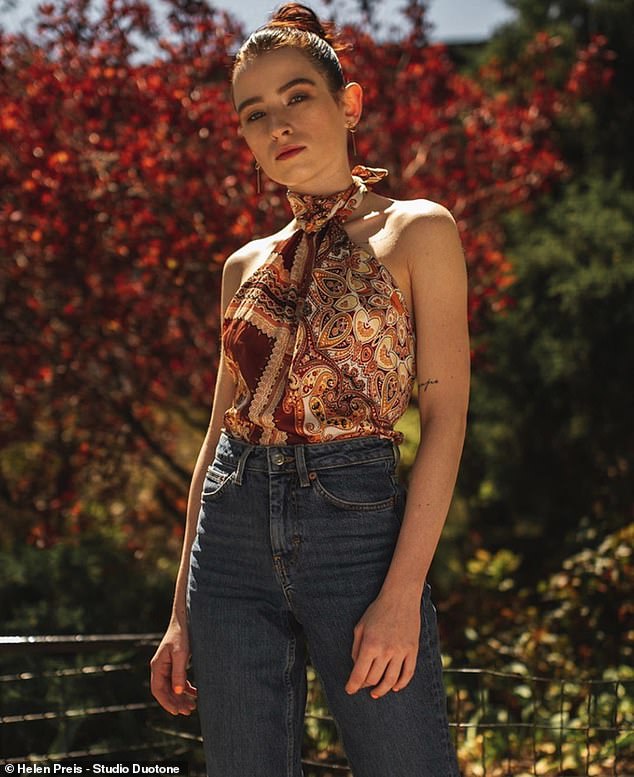 Fashion blogger Urszula Makowska, 25, who lives in New York, used to work in the bridal retail industry and told how there was a strict policy in place

‘My wages did not include additional pay to purchase manicures, make-up, haircuts or clothes,’ she told FEMAIL.

‘I spend a lot on grooming. I get my roots touched up and a fresh haircut every six weeks, a manicure and pedicure every two weeks, and I would go shopping for clothes every week since I always needed something new.

‘It adds up when you have to wear dresses or suits all the time. I think it would be beneficial to add an allowance.’

Urszula also had to ensure she dressed ‘on-brand’ and covered up her tattoos and body piercings.

‘I remember my boss told me to take off my make-up on my brows once because they were too “heavy” and people of other cultures who are clients could be scared off,’ she recalled. 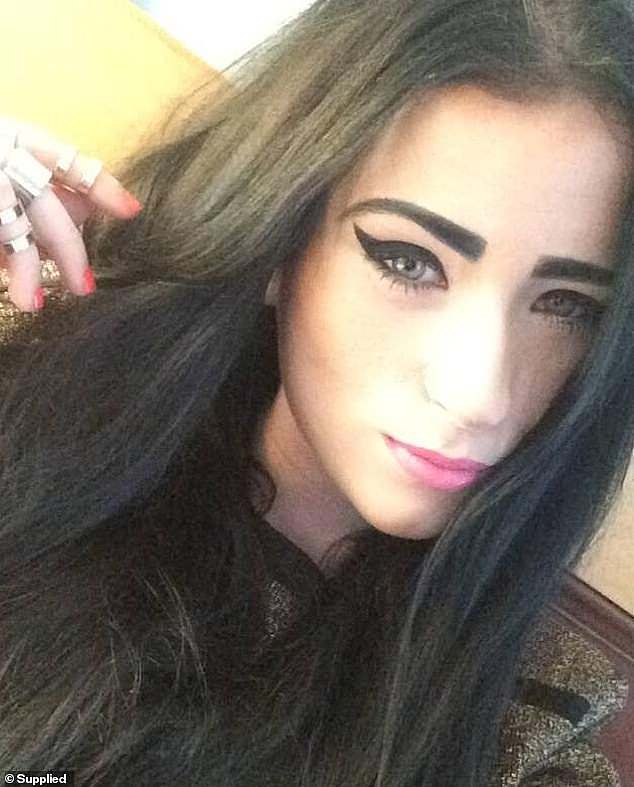 ‘I never showed up to work without make-up on. I think we definitely generated more sales when we put effort into our appearance. We looked approachable, trustworthy and professional. This was very important especially when it came to working with buyers.’

There’s also the loss of free time which comes about as a result of the ‘grooming gap’ between men and women. According to a poll in 2015, British women spend almost two years of their life doing their make-up.

Both Natasha and Urszula admit to spending much longer on getting ready in the mornings than their male counterparts.

‘It takes me an hour-and-a-half,’ Urszula said. ‘This includes doing my make-up, hair and getting dressed only. My male friends say I take forever.

‘On average, they take up to 30 minutes to get ready. They just jump in shower, put on moisturiser, deodorant and cologne and get dressed. After that, they are off to work.’

Natasha added: ‘It takes me about 30 minutes to get ready for work – a little longer if I have to wash and dry my hair. My husband is up and out of the house in 15 minutes.’ 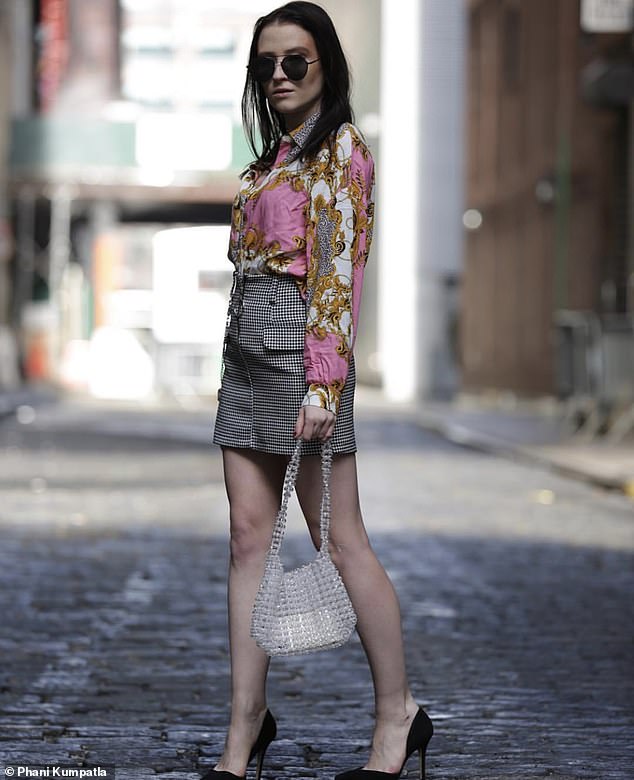 Urszula said it’s a lot ‘simpler’ for men in the workplace and she feels the pressure to look a certain way is more acute for women – and as a result, they should be compensated.

‘Some men have to be clean shaven and aren’t allowed to have visible tattoos or piercings,’ she said. ‘But it’s a lot simpler for them.

‘I think as women we are more high maintenance. I think it is unfair, especially if we are not compensated for it. I think one the options is definitely to raise our wages or receive some kind of bonus since we are spending money out of our own pockets to maintain our looks.’

But Natasha disagrees, as not all women want to spend money on make-up and beauty treatments.

‘I’ve never been offered additional money in former roles to purchase make-up or manicures,’ she said.

‘I definitely don’t think employers should be putting pressure on women to look a certain way – and giving them money for make-up seems like a very passive aggressive way of doing just that. 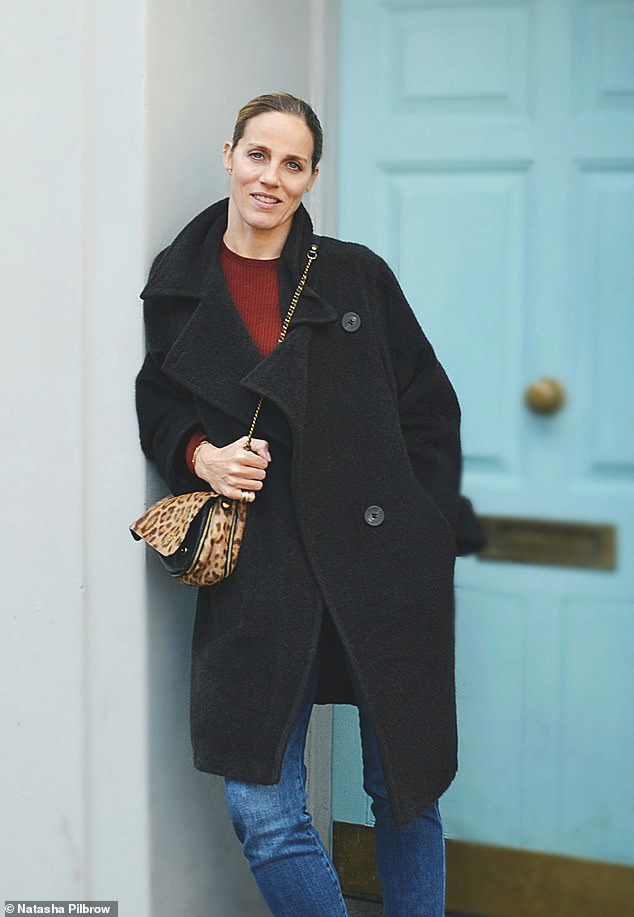 When she was a lawyer, Natasha admitted she enjoyed greater success at work when she made an effort with her appearance because it gave her confidence

‘Having said that, one thing companies can do is offer well-being perks. This is less about making women look a certain way, and more about boosting confidence and helping people relax and take a step back during the working day.

‘For example, at LeSalon we often go to corporate offices and give quick manicures or massages to employees during lunch breaks to boost employee well-being.

‘This is very different to insinuating women are any less good at their job if they’re not wearing lots of make-up.’

She does agree, however, that there is less pressure on men to look a certain way in the workplace.

‘In corporate environments at least, there’s a sense that men can wear a suit and shoes and they’re done; whereas women need to consider whether or not they should wear heels, the length of their skirt, and how their hair and make-up looks,’ she explained.

‘There’s a sense that if you haven’t got your make-up on you’re not completely done, you lack that “polish”.

‘This shouldn’t be a prerequisite as make-up is such a personal thing. Some women love it, some women simply can’t be bothered with it, and there’s nothing wrong with either option.’

The grooming gap in the workplace exists – but how do you prove it? 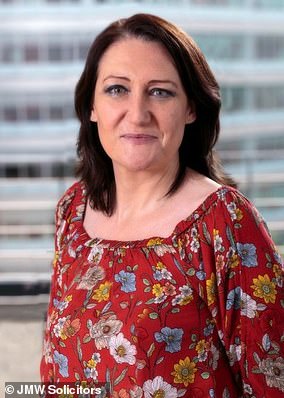 Sarah Evans is an employment law partner at JMW Solicitors

Sarah Evans, an employment law partner at JMW Solicitors, said tackling the nuances that underpin misogyny in the workplace, which perhaps mirror broader perceptions of women and the sexualisation of women in society, is not a straightforward issue.

‘It’s only fairly recently, for example, that we had certain airlines requiring female cabin crew to wear make-up, and others issuing women – whose primary duty is passenger safety – with Cindy doll uniforms,’ she told FEMAIL.

‘There was also a case involving an agency worker, who was sent home because she refused to wear high heels.

‘The less obvious examples, though – which are more difficult to tackle legally – are instances where subconscious bias or judgement kicks in at recruitment or promotion.

‘Some research suggests that women are judged more harshly than male colleagues in terms of how they look, which is then reflected in pay and opportunities.

‘Being “traditionally” attractive and well-groomed is rewarded by not being treated less favourably in pay and opportunity, while apparently being too attractive or well-groomed means you’ve gone too far and pose a threat!’

She said there is a legal framework in place for dealing with discriminatory conduct – but proving you were passed up for a pay rise because you are the wrong level of ‘groomed’ is tricky.

‘Any woman who is being asked or expected to dress in a certain way, that sexualises or presents them in a certain way that they are not comfortable with, should challenge it through a formal grievance policy,’ she said.

‘But if a woman suspects she has been treated less favourably because of the way she looks – or doesn’t look – that can be more challenging to prove.

‘However, if it’s a genuine complaint, utilise the employer’s grievance procedure to try to clear the air and prevent any further negative treatment.

‘These claims can be complicated, cover several categories of discrimination and may require advice, but women must remember that it’s always okay to stand up for yourself.’