A gap-tooth trend is being inspired by celebrities including model Georgia May Jagger and Lara Stone, a dentist has revealed.

Dr Mark Hughes told MailOnline fewer of his patients are after the ‘fake teeth’ look, and instead are asking to perfect their gap in order to look ‘cute’.

Ms Jagger famously starred in a Rimmel advert with the slogan ‘get the London look’ while baring her imperfect teeth.

And since, women predominately in their 20s have sought cosmetic procedures to enhance their own gappy teeth, Dr Hughes said.

Women in their 30s and 40s are even paying to reverse dentistry work that filled their gap before in order to keep up with ever-changing trends.

Actress Uzo Aduba, model Lily Aldridge, and this year’s Love Island stars Francesca Allen and Arabella Chi all embrace the gap in their front teeth – which is most commonly caused either by small teeth or a wide jaw.

A rising trend of gappy teeth is being inspired by celebrities including model Georgia May Jagger (pictured), who starred in a Rimmel advert with the slogan ‘get the London look’ 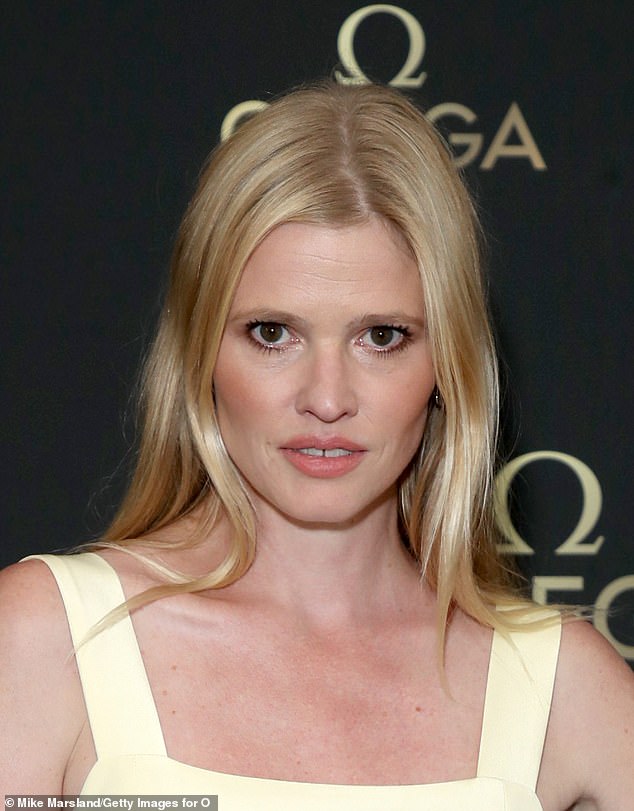 Dr Mark Hughes, based in Beaconsfield, told MailOnline models like Lara Stone (pictured) have fuelled the trend in the past three years or so 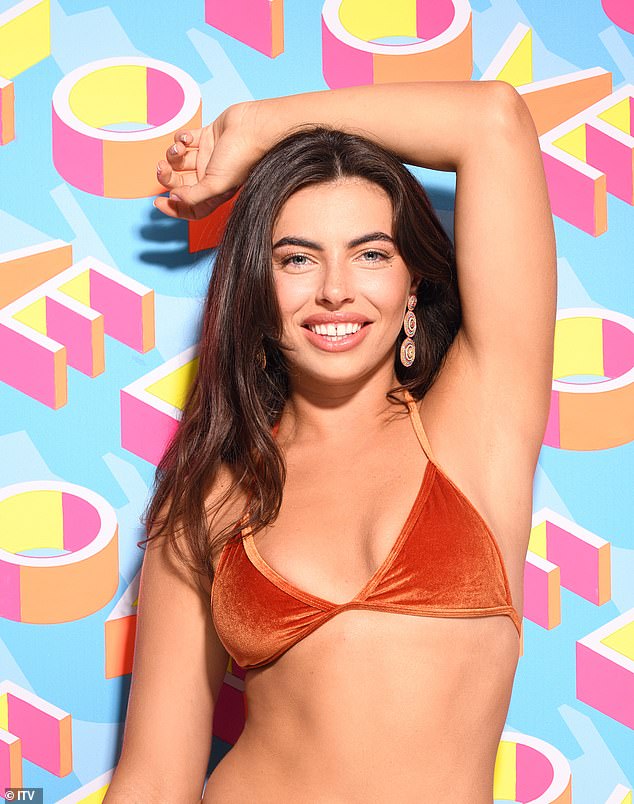 This year’s Love Island star Francesca Allen, currently on TV, has a gap in her front teeth, most likely because her teeth are narrow, Dr Hughes said

Dr Hughes, dental director at the Define Clinic in Beaconsfield, said: ‘I’d say three years ago, four out of five patients with gaps wanted to close them completely.

‘But now, at least 50 per cent only want to close it partially and make it cuter and more uniform.

‘Sometimes the patient’s gap is asymmetrical and their teeth are not straight, so we would make it more attractive while leaving that bit of character.

‘It’s a trend more than anything else, to have a natural finish rather than the fake look, triggered most recently by Lara Stone and Georgia May Jagger.’

WHAT CAUSES A GAP IN THE TEETH?

A gap in the teeth, medically known as a diastema, most often appears between the two upper front teeth. However, gaps can occur between any two teeth.

It can also be because the teeth alone are very narrow, or there are missing teeth.

Thumb sucking can force the teeth forward and create a gap, as well as a habit called tongue thrust.

Tongue thrust is when a person pushes their tongue forward rather than to the roof of their mouth when they swallow, which over time creates a gap.

Some studies suggest five per cent of people have tongue thrust, and although it can be stopped with training as a child, it’s not usually possible in adulthood.

There are various methods to achieve it, depending on the natural cause of their spaced-apart teeth.

Invisalign, which are removable and barely noticeable retainers, will straighten the teeth and position them to a specific place using digital planning.

‘You can design the movement of teeth to take the gap from 2mm to 1mm,’ Dr Hughes said.

Composite bonding, a type of cosmetic material like fake enamel, and veneers, used to smooth out texture and create a desired shape, are more traditional methods.

Almost half of the women Dr Hughes sees are those who regret drastic measures to close their roomy teeth in previous years.

He said: ‘I see an awful lot of gaps closed badly that we fix.

‘I had a patient who had previously closed her gap using composite bonding but it made her teeth appear really wide so aesthetically it was worse. She should have had her teeth moved together first.

‘If the gap is too big it looks cumbersome and is considered ugly, but the changes need to be subtle.’ 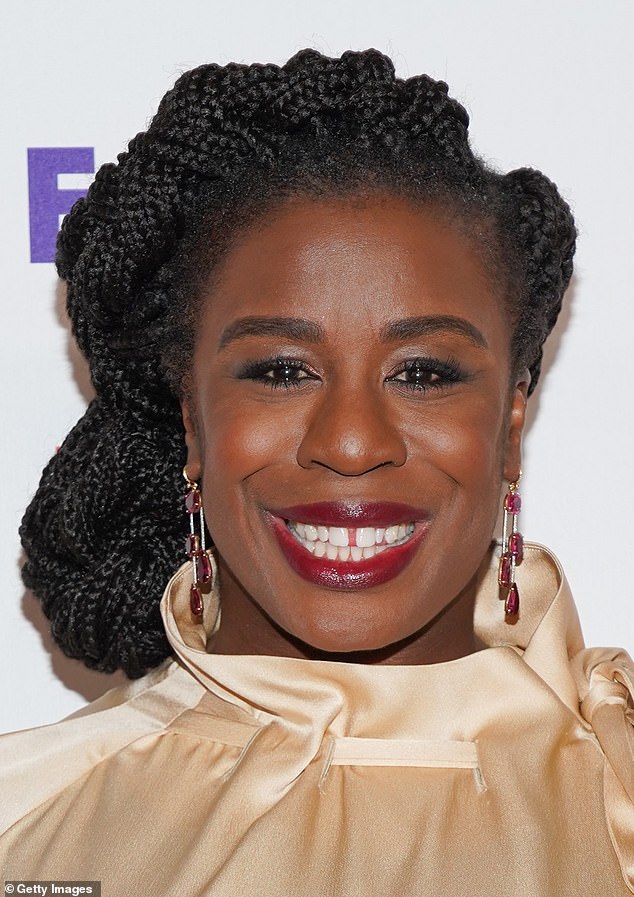 Predominately women in their 20s are following the trend, but women in their 30s and 40s are paying to reverse dentistry work that filled their gap before, Dr Hughes said. Pictured, Uzo Aduba who starred in Orange Is The New Black 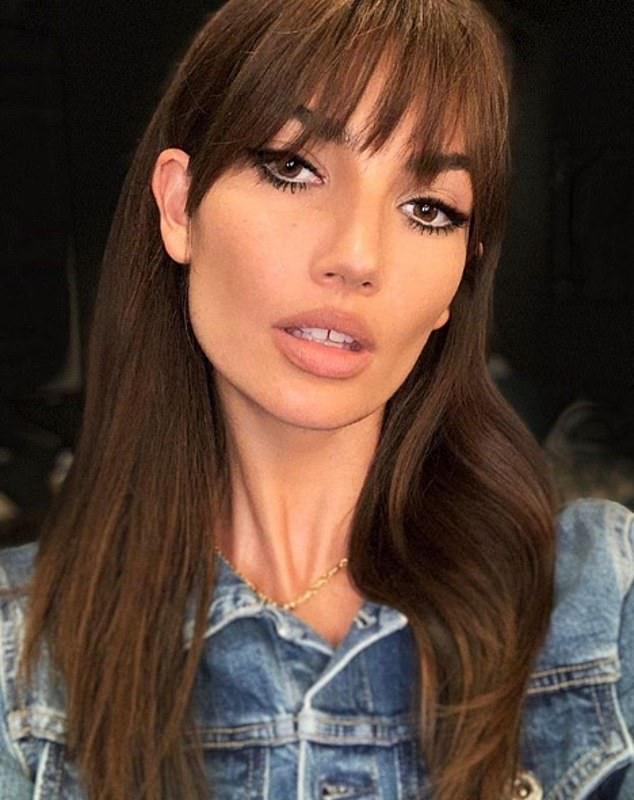 Dr Hughes said 50 per cent of his patients with gaps in their teeth do not want to close it. Pictured Victoria Secret model Lily Aldridge who embraces her gap 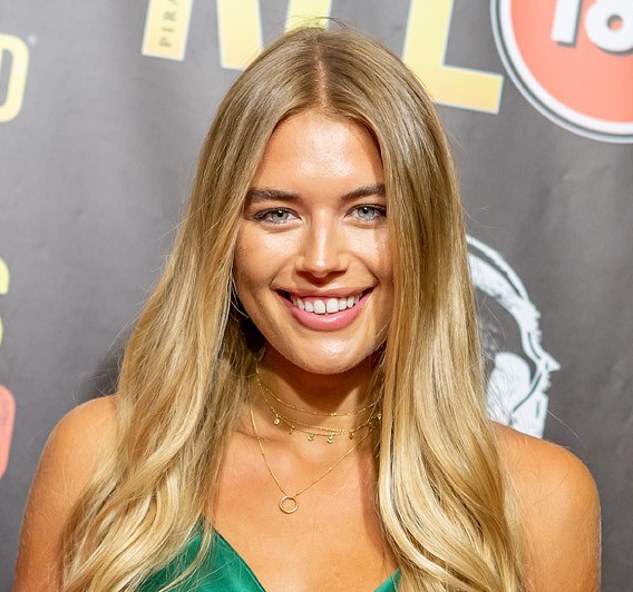 Less women are after the ‘fake teeth’ look, and instead are asking to perfect their gap in order to look ‘cute’. Pictured, Arabella Chi from this years’ Love Island 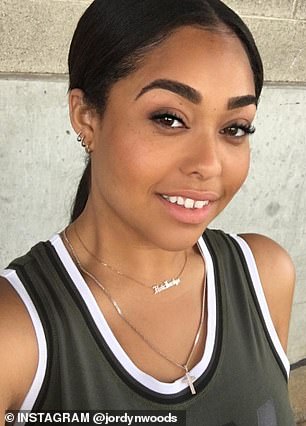 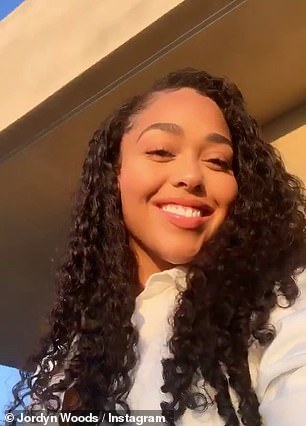 US reality TV star Jordyn Woods tried to fully close her gap (before, left) using Invisalign. But in the end she had to use veneers (see right) 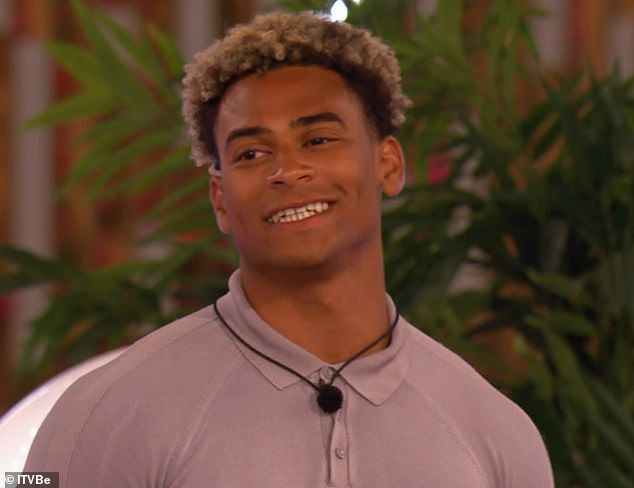 Jordan Hames, on Love Island this year, is likely to have gaps in his teeth caused by having teeth that do not fit the size of the jaw, Dr Hughes said

WHAT OTHER CELEBRITIES ARE MAKING TRENDS?

Celebrities such as US pop singer Ariana Grande and Keira Knightley are known for their ‘wonky smiles’ that are deemed cute by fans.

A-listers Margot Robbie and Jessica Alba have also shied away from porcelain veneers that give bright white smiles.

Dr Hughes said he has seen a spike in people asking to have the smile of pop culture icon Ariana Grande whose teeth are ‘way cute’.

He said: ‘It is the opposite of asking for straight square white blocks of teeth. Often celebrities with a more natural look are used as examples of what the patient is trying to achieve.’

Although ‘the London look’ may be the envy of many, it’s not recommended to drill a gap between the teeth that never existed, Dr Hughes said.

‘Physically it is possible by removing enamel, but you’d have to be very cautious as its destructive,’ Dr Hughes said.

‘You are removing something that never grows back or heals. I haven’t been asked to do that and I never would.’

Sometimes a range of techniques are used, but it’s recommended to try and gradually move the teeth with an Invisalign or similar first, even if it’s tiresome.

It doesn’t always work; US reality TV star Jordyn Woods tried to fully close her gap using Invisalign, but in the end, had to use veneers.

She showed off her new teeth in December 2018, despite previously writing on Instagram in 2017 that she would never close the gap ‘to blend in with society’ because it made her unique.

Invisalign would not have worked for her teeth most likely because they were too small or were naturally pushed forwards to begin with, Dr Hughes said.

The same diagnosis of small and narrow teeth would be given to Love Island’s Francesca, currently on TV screens.

Whereas Jordan Hames is likely to have natural spacing caused by having teeth that do not fit the size of the jaw.

Dr Hughes, an Accredited member of the British Academy of Cosmetic Dentistry, said: ‘Men are always a bit further behind in terms of adopting cosmetic procedures.

‘The trend for men is the opposite at the moment as the gap is deemed less attractive, less manly and a sort of “dumb and dumber” look.’