This new, avowedly ‘family-friendly’ Hansel And Gretel is the first decisive move by Covent Garden’s newly appointed director of opera, Oliver Mears. As such, it is much to be welcomed, even if the execution of Humperdinck’s work leaves quite a lot to be desired.

Mears scrapped his predecessor’s plans to put on the same composer’s obscure Königskinder. Some of the cast were then shoehorned into Hansel And Gretel, and the resulting miscasting in some instances was perhaps inevitable.

Hanna Hipp is an engagingly boyish Hansel, and Christina Gansch a delightful Dew Fairy, complete with watering can. But the Irish soprano Jennifer Davis makes not the slightest effort to be a girly Gretel, and Gerhard Siegel’s Witch is a disaster. 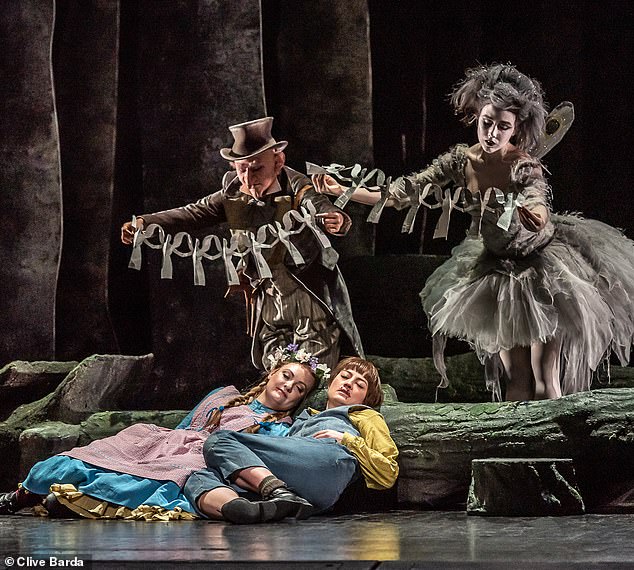 The Royal Opera’s execution of Humperdinck’s work leaves quite a lot to be desired. While Hanna Hipp is an engaging Hansel, Jennifer Davis (above with Hipp) fails to impress as Gretel

The Witch should, of course, be sung by a mezzo. British productions seeking to point up the original story’s insinuation that the starving stepmother wants the kids to go into the forest, and not return, often double up the Mother and the Witch.

In Germany, increasingly, the Witch is sung by a character baritone. This is difficult to bring off even when that baritone has genuine comic talent, as Wolfgang Ablinger-Sperrhacke undeniably did at Glyndebourne a few years back, but it’s hopeless when Siegel is about as funny as Philip Hammond.

His Act III striptease is an embarrassment, just as I feel sure Spreadsheet Phil’s would be. ‘Titter ye not,’ advised Frankie Howerd. Don’t worry, Frankie, we didn’t. We just cringed. 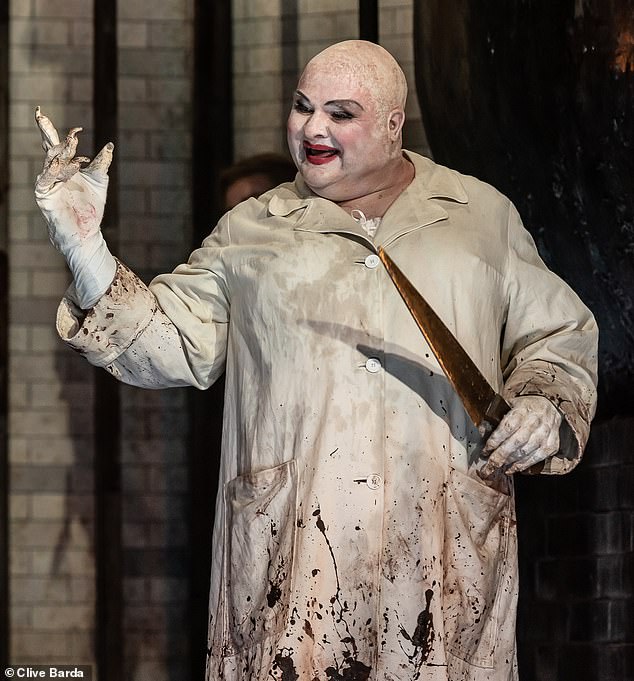 Moreover Gerhard Siegel’s Witch (above) is a disaster. And while the score should be a delight from beginning to end, it’s not here thanks to Sebastian Weigle’s ham-fisted conducting

Inevitably the language employed is German, and Mears has rightly said that next time he will do it in English, a truly ‘family-friendly’ idea.

But don’t stop there, Olly. Bring back the mezzo and remove the Alfred Hitchcock references from Act III. Get a gingerbread house that fits the story, not Psycho.

And please, please employ a better conductor than the ham-fisted Sebastian Weigle. There’s no magic whatsoever in his leaden beat. Humperdinck’s Wagner-inspired score, in the right hands, is a delight from beginning to end. Not here.

As for director Antony McDonald, a long-term colleague of Mears, he is to be congratulated on what he has achieved, considering the rush, and given a vote of confidence for the changes to this production he will surely make in the future, to provide the Royal Opera with the Christmas banker it has lacked for so long.

On the evidence of this outstanding concert of music from Hollywood’s Golden Age, the John Wilson Orchestra just gets better and better. The strings reproduce brilliantly the magnificent sound of the Hollywood studio orchestras in their prime.

And the solo work of excellent musicians such as the charismatic principal trumpeter Mike Lovatt, principal clarinettist Benjamin Mellefont, and the entire saxophone, horn and trombone sections, have the kind of confidence and projection and, yes, brashness required by the finest-ever movie music.

Erich Korngold’s The Sea Hawk and the ballet from The Band Wagon showed off especially well the orchestra’s virtuosity. The vocalists don’t always match up to the band. But that wasn’t a problem here, as there was only one, the veteran Kim Criswell. 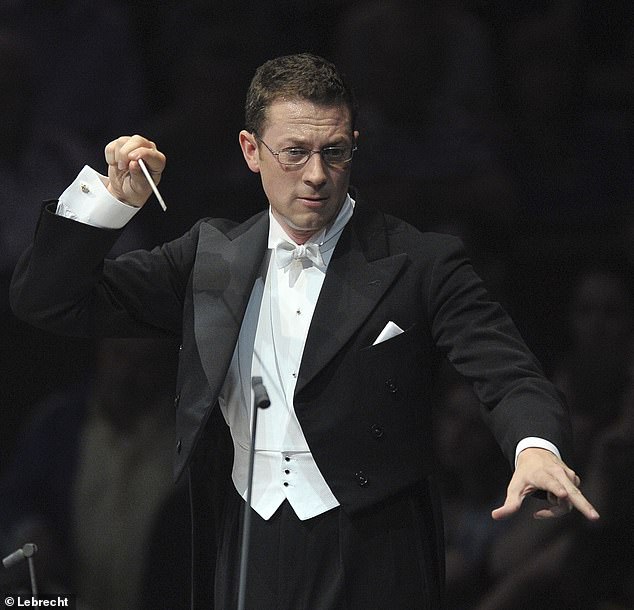 On the evidence of this outstanding concert of music from Hollywood’s Golden Age, the John Wilson Orchestra just gets better and better. And they thrive without a penny of public subsidy

With remarkable versatility, she moved effortlessly from the teenage Judy Garland (Everybody Sing), Julie Andrews (The Sound Of Music), the 26-year-old Barbra Streisand (Funny Girl) and even Helen Traubel, who moved, mid-career, from Wagner at the Met to Sig Romberg in Hollywood (Deep In My Heart).

Can John Wilson and his orchestra continue to thrive without a penny of public subsidy? I hope so. We need them, as an enthusiastic packed house constantly showed.

Warner Classics has just issued a JWO compilation, The Best Of The John Wilson Orchestra, drawing on previous CDs of MGM musicals, Rodgers and Hammerstein, George Gershwin and Cole Porter. For more than two hours of music on two CDs, at £9.99 or less, in great sound, this is a serious snip.