The Scenic Route: A day trip from London to Le Touquet and back in a Porsche?

The Scenic Route: A day trip from London to Le Touquet and back in a Porsche? That’s no problem for Simon Penwarden

With the keys to a mouth-watering Porsche 911 for the weekend, I thought Sunday lunch in Le Touquet would be a good idea. Since we were returning the same day, a prompt start was top of the menu, so I darted out of west London about 9am, picked up my passenger and headed towards the Eurotunnel in Folkstone.

Le Touquet is a small seaside town in northern France. It’s known for its wide beach, a water sports hub, and for its lively nightlife, which includes clubs and casinos

But you can imagine my joy when I mistakenly chose the (VERY) slow lane around the roadworks, and got stuck in a 20mph average speed zone for the last 20 miles in this 191mph supercar. But it was nothing compared to the delays we’ve seen there recently. Thankfully, my groaning was drowned out by the gorgeous roar of the 3-litre twin-turbo engine.

Well over two hours later, we finally managed to get on the 12.30pm crossing. Lunch was booked for 2.30pm, so we were still OK for time as long as I kept my foot down a bit. This shouldn’t be a problem in a car that gets you to the motorway speed limit in less than four seconds. We pulled over, pressed the button that cleverly folds the middle section of the roof into the rear of the car – think of it as a kind of half-convertible. 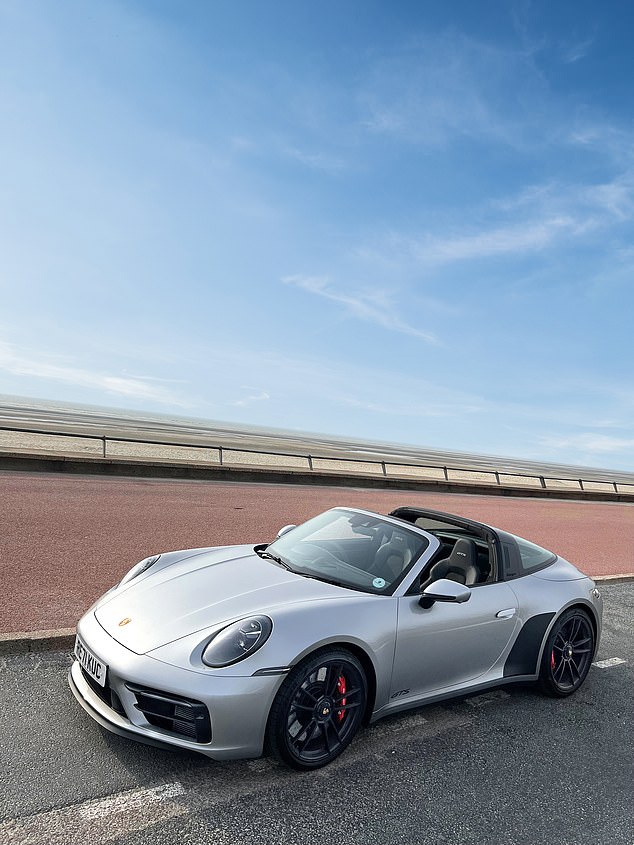 THE CAR: Porsche 911 Targa 4 GTS ■ This incarnation of the automotive legend is essentially a half cabriolet – the best of both worlds. Paired with a powerful 3-litre twin turbo, it’s a very engaging drivers’ car. Easy to control at any speed, and with a delicious engine growl. Superbly designed and crafted. From £126,760, porsche.com

I set Google Maps to avoid the tolls and take us along the more picturesque roads, then flipped the car into Sport-Plus mode, which means the engine is at its most focused and aggressive.

Instant acceleration with an addictive soundtrack as you flip the paddles behind the steering wheel; the engine makes a controlled explosion with a bang and a crackle as you ease into each gear. It sounds incredible and it’s easy to drive, swiftly. The car gorges on winding roads and accelerates hard out of corners gripping the surface, giving you the maximum confidence to ‘push on a bit’. It’s so much fun.

Le Touquet is very close to Calais, and almost before my patient passenger Alice could say, ‘I’m hungry’, we were there. It’s such a chi-chi little seaside town. South of Calais and so near to the capital that it’s also known as ‘Paris Plage’. Loved by the British smart set back in the days when the likes of Churchill and the Duke and Duchess of Windsor would visit. 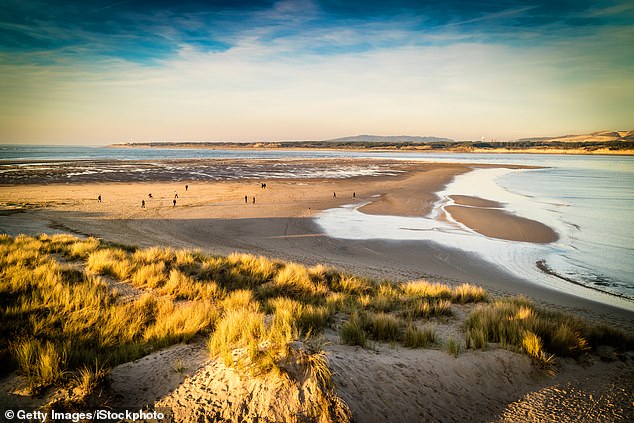 Since we were unfashionably late for our table by this stage, we cancelled it and decided to follow our noses and find somewhere on the vibrant Rue de Metz. With our stomachs growling, we opted for the first place we saw. It was busy but there were tables outside, we gave it a go. Le Matisse, a relaxed brasserie, served us steak frites and seafood as we chatted  and watched the world go by. It was a good setting and did the trick. One of my favourite aspects of Le Touquet is the beach, which stretches for more than four miles. We wandered through the grassy dunes onto the beach, walked as far as we could, then relaxed in the sun for a few hours. Bliss. To get the full flavour of Le Touquet, it  would have been nice to retire for the night at the recently renovated Hôtel Barrière Le Westminster, a 1930s hotel with the décor and atmosphere of a bygone era. But as this is a road trip and this car is ‘all the fun’ to drive, it was back behind the wheel. I set Google Maps to take us via Saint-Omer, northwest of Le Touquet, where we stopped for a coffee and a mooch around the square at sunset. 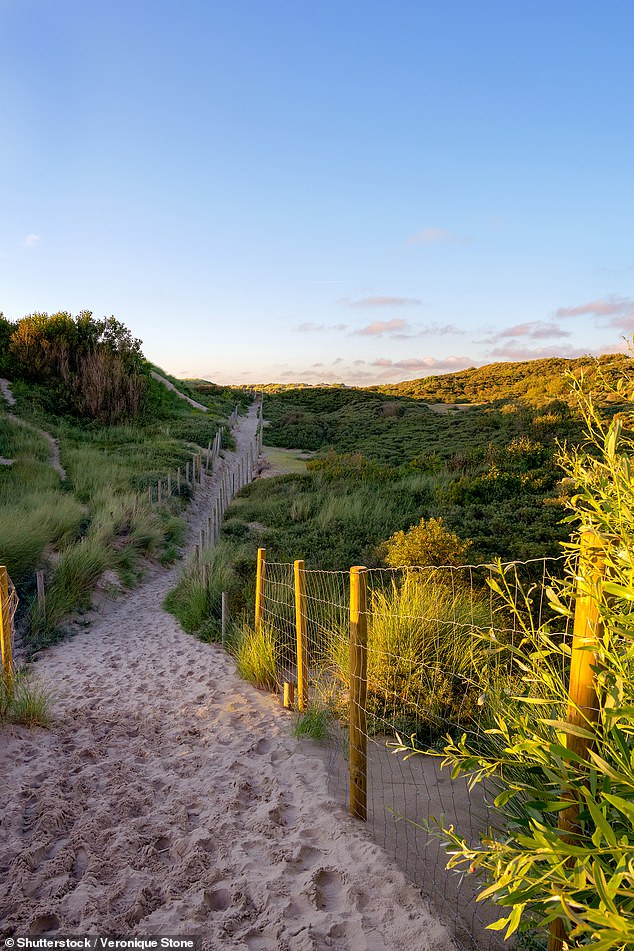 Le Touquet; footpaths across the dunes

It was a swift 35-minute drive back to the Eurotunnel departure terminal and, before you know it, we were back on British soil again.

Is there a better way to spend a Sunday? With an incredible car, great company and perfect surroundings, it was quite simply magnifique!