The secret life of one of Australia’s worst mass murderers

One of Australia’s worst mass murderers who shot ten members of his family served less than eight years in prison before changing his name and remarrying.

Clifford Bartholomew shot his wife Heather, their seven children aged one to 17 along with his sister-in-law and her child in Hope Forest, South Australia on September 6, 1971.

He was initially sentenced to hang but was instead imprisoned for life before being released on parole in 1979 because he had been a ‘model prisoner.’

The abattoir slaughterman changed his name to Clifford Palmer and lived in Victoria and Queensland from 1990 where he remarried.

Nobody knows if he ever told his second wife, who died in 2012, of his grisly past.

Bartholomew died aged 71 in 2002 but his niece was only told last week.

Noeleen Paltridge was at the family’s Fathers’ Day gathering just hours before the murders – but had a lucky escape when her stepbrother drover her away from Bartholomew’s farmhouse instead of staying the night because ‘something wasn’t right.’

She has been living in fear ever since, worried that her uncle would come after her to complete his crime.

After finding out about his death, the 55-year-old told The Sunday Mail: ‘I just hope he died a horrible death like my family did.

‘I’m glad he’s dead but there are a lot of questions I’d have liked to have asked him, face-to-face.’

She said she was shocked the killer had remarried and that his release was a terrible mistake. 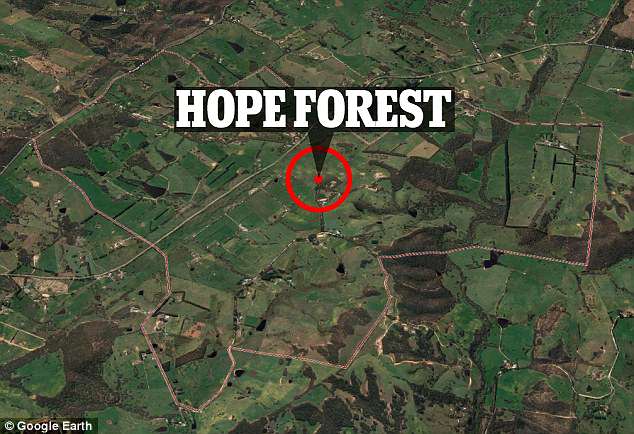 Clifford Bartholomew shot his wife Heather, their seven children aged one to 17 along with his sister-in-law and her child in Hope Forest, South Australia on September 6, 1971

‘He got out in seven years for killing 10 people including eight kids… he stole their lives away and he stole mine, too,’ she said.

Bartholomew was said to have killed his wife after their relationship broke down when a younger man moved into their house.

She denied having an affair but Bartholomew’s jealousy built up until he exploded with rage and killed her with a 22-caliber single-shot rifle.

It was said he killed the children because ‘he could not bear to leave them behind.’

Bartholomew’s killings are the worst incidence of a mass family killing in Australia.

Earlier this month Peter Miles, 61, shot dead his wife, daughter and her four children before turning the gun on himself at his farmhouse near Margaret River, Western Australia.