The secrets at the heart of Huawei: A visit to the Chinese tech titan’s £1.2bn HQ

Buildings inspired by European cities sprawl across 300 acres of grassland and waterways, with red trams (imported from Switzerland) zipping between zones named after Paris, Verona, Bruges, Granada and Lake Windermere.

But this is not a theme park. Underneath the whimsical exterior lies the research powerhouse of Chinese telecoms giant Huawei, dreamt up by billionaire founder Ren Zhengfei.

Underneath a whimsical exterior lies the research HQ of Chinese telecoms giant Huawei in Dongguan. The campus was dreamt up by billionaire founder Ren Zhengfei. Above, buildings inspired by Venice, Italy

The former Red Army engineer, 74, is a fan of European architecture and the site in Dongguan, near Shenzhen, is designed to give a flavour of the Continent to inspire his staff.

Inside the buildings are swish offices and laboratories, soon to be home to 25,000 employees, and vast restaurants to keep them happy and fed.

The £1.2 billion site is an extravagant answer to the plush complexes favoured by America’s Silicon Valley titans. And this contrast – a serene exterior masking a very different world within – is an almost perfect metaphor for the troubles facing Huawei back in the real Europe.

Huawei has been thrust into controversy by claims that it is an arm of the Chinese state, with US President Donald Trump’s administration saying its equipment poses a spying risk. The row has divided the Five Eyes intelligence-sharing nations – the US, UK, Australia, Canada and New Zealand – and even claimed the career of a British cabinet minister. 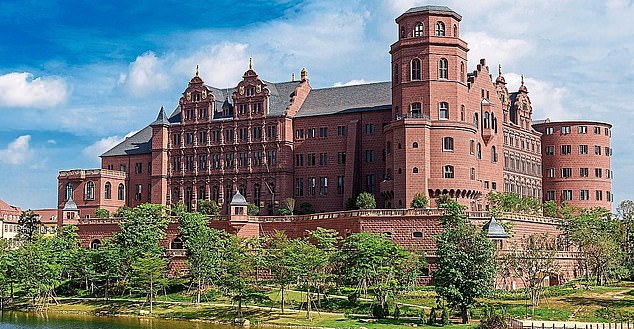 Imitation Game: A copy of Germany’s Heidelberg Castle at Huawei’s campus in China

Huawei claims the allegations against it are politically-motivated and meant to hurt China in the trade war with the US. But the row has threatened its bid to supply equipment for new 5G networks in Europe.

Huawei is seen as a leader in 5G and has a reputation for offering lower prices than rivals, but some fear the technology could be weaponised and are uneasy about links to the Chinese state.

Critics say data passing through Huawei’s kit could be demanded by the country’s security services and that it could not resist. The ownership structure, with 98 per cent owned by trade union committees, also means it is ‘subject to influence’ by the communist government, says a Henry Jackson Society think-tank report. 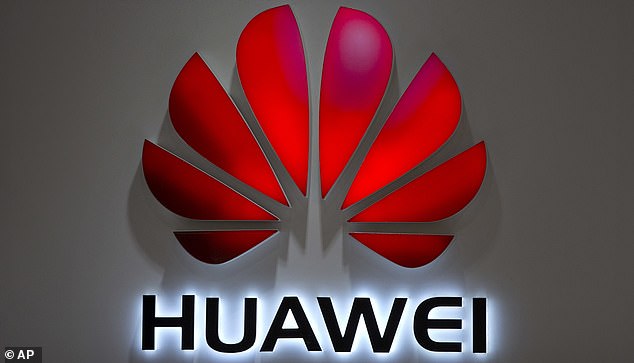 Huawei is seen as a leader in 5G and is known for offering lower prices than rivals, but some fear the technology could be weaponised and are uneasy about links to the Chinese state 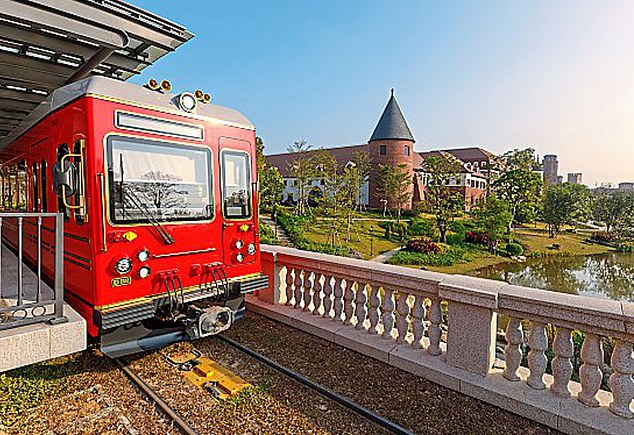 A transit system at the Huawei site based on Swiss trams

In it, former MI6 head Sir Richard Dearlove says: ‘The greater part of my career was defined by meeting the threat to the UK’s national security from communist states. The fact the British government appears to have decided to place the development of some of its most sensitive critical infrastructure in the hands of a company from the People’s Republic of China is deeply worrying.’

Huawei insists it is privately owned by its 190,000 employees. It was founded by Ren in 1987, a few years after he had stopped working for the army. The father-of-three, estimated to be worth £1.3 billion, has claimed to admire Western companies such as Apple and even brought in consultants from IBM to help Americanise Huawei’s management.

Huawei says this spirit of collaboration inspired the eclectic architectural style of its new campus. The company has invited journalists to visit its operations in China to dispel ‘untruths’.

Catherine Chen, a Huawei vice-president, said: ‘We can only depend on our own efforts to talk to customers and governments and show them the real Huawei.’

But US officials have blacklisted Huawei, effectively banning firms from working with it, and it has been blocked from supplying 5G kit to countries such as Australia. Britain has yet to decide what it will do. When news leaked that Theresa May might include it in our systems, an ensuing inquiry led to the sacking of defence secretary Gavin Williamson.

For now, telecoms firms are using Huawei’s kit, even though a ban could mean they have to spend billions of pounds ripping it out later.

BT-owned EE will be the first to launch its 5G network, on Thursday. Whatever the UK and its allies do will be controversial. But the irony is there for all to see. Huawei loves Europe enough to re-create its landmarks in China. Now it could be shut out of the Continent altogether.