Jamie Vardy, if you didn’t already know, turns 35 in January.

He’s only a year younger than Wayne Rooney, a man eight months into his retirement, and older than Edinson Cavani, the Manchester United striker who it seems Ole Gunnar Solksjaer has to regularly defrost.

It means the perennial question that follows Leicester City and Vardy every season gets asked again: how long can Vardy keep going?

That’s the thing. That’s not the right question. The question, more accurately, is how long can he keep improving.

It’s only a season ago that Vardy won the Golden Boot. He’s off the mark already this season, scoring the winner against Wolves and, true to character, howling in front of the rival fans. 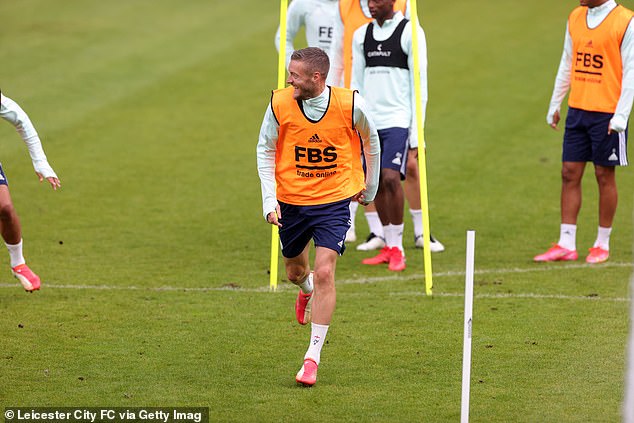 ‘You only need to look at his physique, look at his torso, and look at everything about him, he is so fit,’ said Rodgers ahead of the game, with the tone not too far off that of a schoolboy describing their playground crush.

‘You saw last weekend, he was so good. I just love watching him when he’s like that. He’s a joy to have in the team. He’s got that devilment that I love. He continues to defy everyone who thinks he is slowing down.’

If Vardy scores against West Ham on Monday, it will be his 120th Premier League goal. That puts him alongside Steven Gerrard. He’ll be three behind Dwight Yorke and five behind Nicolas Anelka. 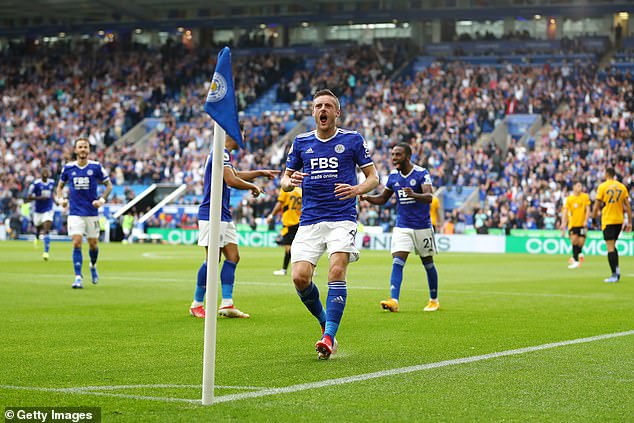 It will be Vardy’s 247th game in the competition. Yorke played 375, Anelka 364. Of those players ahead of him, only Alan Shearer, Sergio Aguero, Thierry Henry, Harry Kane and Robin van Persie have scored their goals at a faster rate. Vardy’s hit rate is just below a goal every other game.

It’s a wonder, really, how he’s managed it. This is the same Vardy, after all, who as a teenager bought bread and dripping for 20p on his way to school.

The same Vardy, who drank port from a Lucozade bottle the night before games and gobbled down cheese-and-ham toasties and baked beans on the morning of a match. The same one who still necks multiple cans of Red Bull and shots of double espresso on gameday.

Vardy, too, like many of us, spent his summer drinking beers on his sofa. No personal training regime. He relaxed with his wife Rebekah and their five children. He tinkered on his allotment. 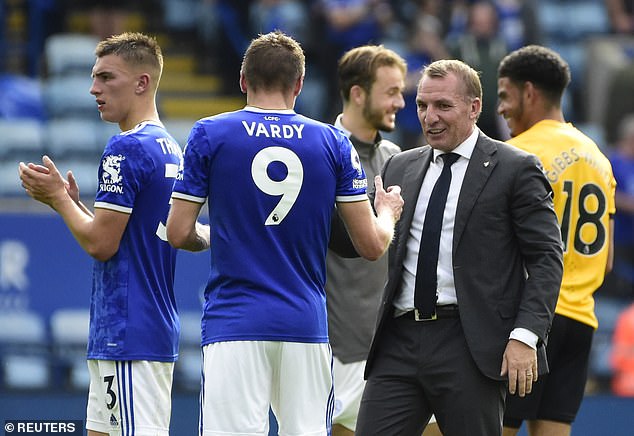 Yet come the big game and there he was scoring in his fifth consecutive Premier League opener.

The rest was just what he needed after the end of a season that saw him suffer with a groin injury, score just four goals in the second half of the campaign and play the support act to Kelechi Iheanacho. One, it should be noted, he did excellently. His all-round play is another aspect of his game that has improved over the years.

Rodgers knows it’s about managing Vardy. He won’t be able to play every game, certainly not when the Europa League and cup competitions begin. He won’t train every day either.

The club are planning for life without him with the £23million arrival of Patson Daka from RB Salzburg. Iheanacho’s 11 goals in the final 12 games of last season proved he can help carry to baton. For now, though, it’s still about keeping their main man fresh. 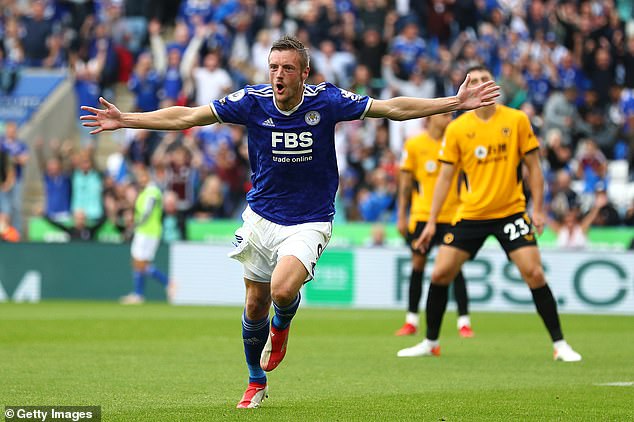 Leicester are planning for life after Vardy, but he understands his body to aid with his recovery

All the talk of port and cheese toasties paints Vardy as more of a caricature than the dedicated professional he is. He understands his body. He had a cryotherapy chamber installed in his home to help with his recovery.

He’s helped, too, by the fact his Football League career didn’t start until he was 25. His retirement from international football allows added rest, even if his form in recent seasons led to calls for him to reconsider his decision.

‘He is a top-class professional,’ says Rodgers. ‘You don’t produce what he does if you are not. He is a fun-loving character but very professional in his work. He is in early every day.

‘He gets in about 9am, gets ready, gets prepared, eating the right things. He is still very hungry. Very focused. Also, he loves it. Look at the joy when he plays, the joy he has. He is just a great man to work with.’

On the pitch, Rodgers has encouraged Vardy to focus his press more. You won’t see Vardy hurtle from one side of the pitch to the other after a loose ball as much as he used to. ‘The king of lost causes,’ as Rodgers calls him. Now, he will focus his press on the centre-backs, to keep the fire and intensity. 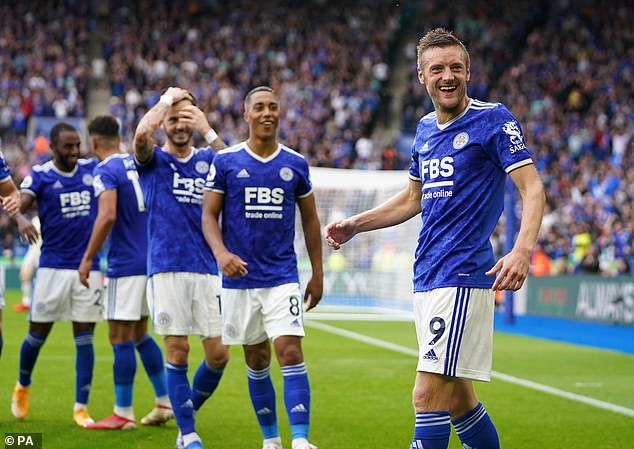 West Ham boss David Moyes knows the trouble Vardy will cause his side. ‘I think you have to be collectively trying to look after Jamie Vardy,’ said Moyes. ‘He is a terrific player and looks as if he is getting better.’

It’s not just Rodgers who is planning for the future as well as enjoying the present. Vardy recently became co-owner of US team Rochester Rhinos, a venture that excites him and one he sees as a long-term project. Vardy finds co-owing a football club a more enticing option than coaching.

In the mean-time, Vardy has plenty more playing to do. He has two years left on his contract at Leicester. If he keeps fit, 150 Premier League goals is well within his sights. That would take him into the top 10 of all time.

‘At some point, which happens to all players, they will slow down and take a dip,’ says Rodgers. ‘But he’s not at this point yet.’